Google Forms is completely free and takes a cloud-first approach, just like other apps in Google Drive and Suite. While Google Forms is pretty simple to use and very powerful, you can further increase its utility and get more productive by using add-ons. Here are some of the best Google Forms add-ons that you should totally consider installing.

A lot of users who work with Google Forms also work with Sheets or some other spreadsheet app. This makes it easy for them to make sense of the collected data and manipulate it around. Dynamic Fields works with Forms, Sheets, Docs, Groups and even Contacts. You can now collect data and fill questions from all these apps with a few clicks. 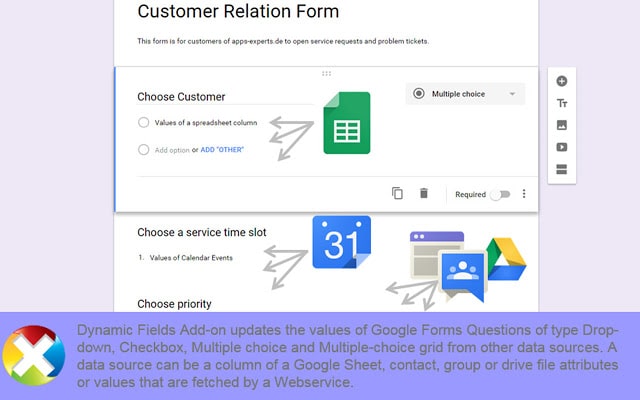 You can also create new and varied multiple choice questions in your forms now like checkboxes, drop-down, multiple-choice, and more. You can also work with multiple sheets and forms at the same time and define parameters while working with data. Almost forgot, apart from Google apps, it also works with a number of sites and apps.

This particular Google Forms add-on was written by Amit Agrawal, of Labnol fame, and will send you or anyone an email every time someone submits a Google Form. The email will contain the full response so you know the details in real-time. It can however quickly turn annoying if you are getting too many forms fills or emails. 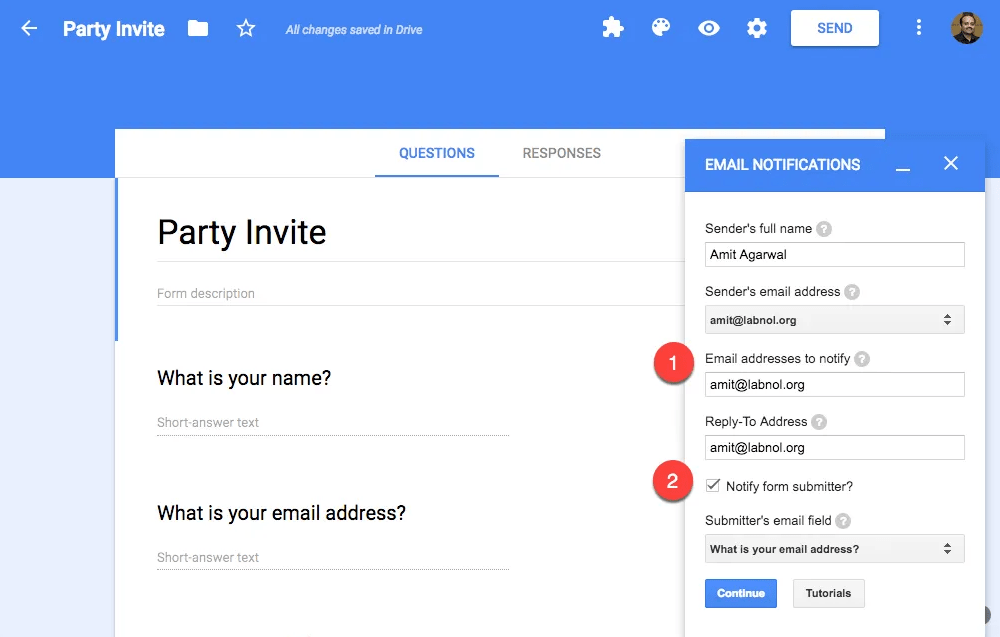 On the other hand, you can use it to track responses in real-time in critical fields like aviation, administration, and so on. What’s more? You can tweak the add-on to send push notifications to your Android and iOS smartphone with links to the files attached. There is a premium version that will remove notification limits and unlock more features.

The Doc Appender Google Forms add-on will keep a running log of answers to questions on a separate doc. You can use it in the classroom for each student on what he/she is doing, document factory/office/door-to-door visits, rubric assessments or anywhere you need daily or regular data. 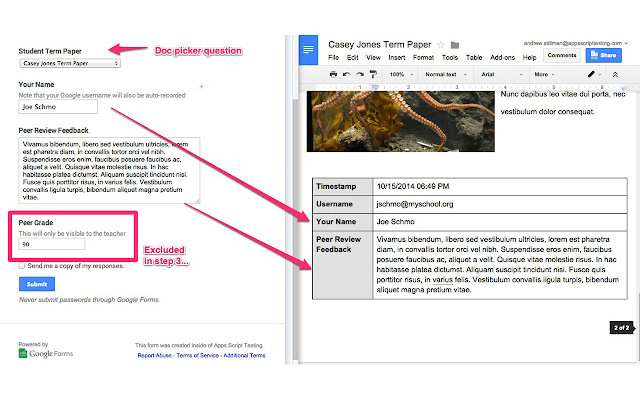 It works with lists, multiple-choice questions, checkboxes, and will append it to single or multiple docs.

Also Read: How to Combine Cells in Google Sheets

Useful when a few people are expected to fill the form, Choice Eliminator will remove options, choices or multiple choice answers to questions based on criteria like time or number of forms filled. You can use it to divide people into groups or teams, eliminate options after teams are filled or when time is up and so on. 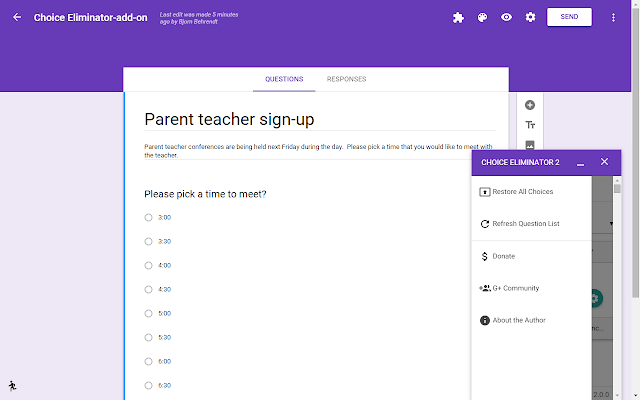 A simple yet effective Google Forms add-ons that can easily prevent duplicate entries or forms or entries by removing options as required.

This one of a kind Google Forms add-ons will allow you to turn or convert any Google Form into Sheet, Doc, and PDF format. You can also turn a form into a slide now. What’s more? You can automate the whole process so that the moment a new form is submitted, it will be converted to your choice of file/app format and uploaded to your Google Drive account. 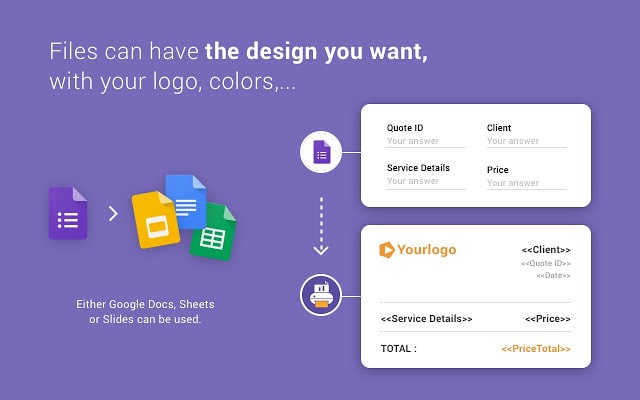 There is also an option to choose a document format that will be used as a template to convert the form to and merge the data with. It makes it easy to process the data collected as per needs. The free version comes with 100 conversions a month after which it will cost you $50/year for unlimited conversions.

Where Choice Limiter is a Google Form add-on to limit choices in questions after a criterion is met, formLimiter is used for stopping users from filling forms after criterion are met. For example, you can use it to stop accepting responses after x number of forms have been filled or y date has passed. Useful for first-come-first-serve situations. 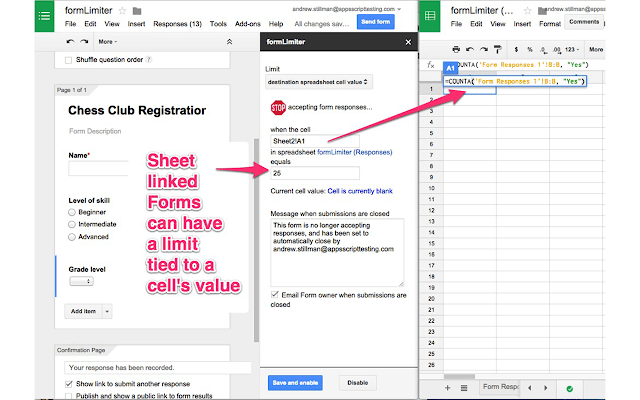 Close a form once a limit has been reached. I guess pretty much everyone will be using this because we don’t want an unlimited response, do we?

Working in a warehouse or a place where you need to check-in and then check out items? CheckItOut is a Google Forms add-ons that will automatically move items from one list to another based on whether they are checked in or out. 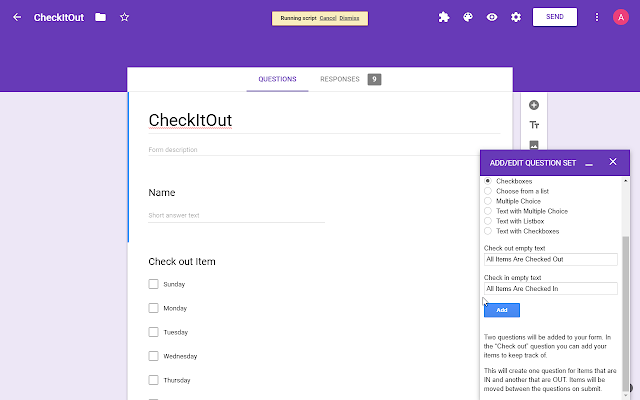 As soon as an item is checked in or out, the list will be updated in real-time, so that everyone knows what the status quo is. Similarly, say when a library book is returned, you can check in the book again. Simple but effective.

formRanger is the advanced version of Dynamic Fields but only for Google Sheets and Doctopus. It simply offers more options and ways to control and manipulate data. You get a sidebar where all questions fitting the criteria can be found. You can choose to populate the form every X time or every time the form is filled and submitted. So, you don’t have to do it manually. 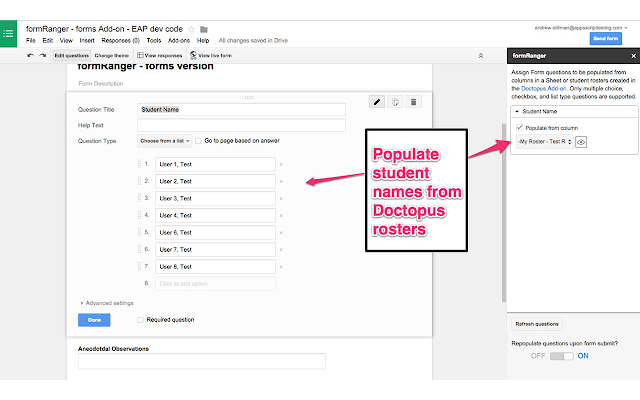 All sorts of formats like checkboxes, lists, and others are supported and you can use formulas like COUNTIF, VLOOKUP, MATCH, and more.

Tired of entering the same values like name, email ID, number or other data in different forms repeatedly? Form Values is a simple Google Forms add-on that will let you store values that you can then enter in any form, in any field, with the click of a button. This is probably one of the best Google Forms add-ons and one that you will end up using every day, irrespective of which industry you work in.

Data Director is one of the coolest Google Forms add-ons because it is an allrounder and handles a number of tasks out of the box. You can receive emails with form answers, create events in your calendar which can then be sent to the guests, and add those same guests to the calendar event. You can also import data to a spreadsheet where you can set conditions as criteria. Covert forms to PDF format. 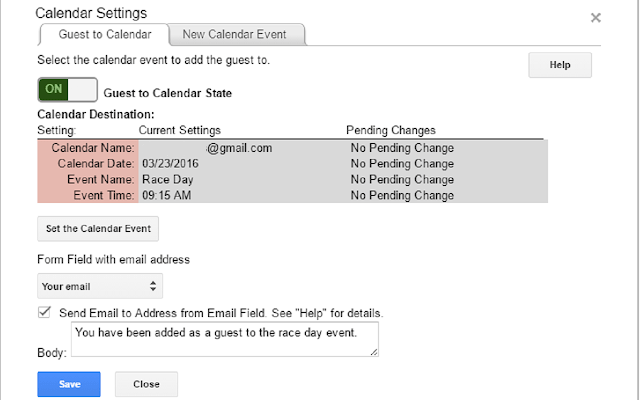 Well, the full list of features is rather long for here to share but you get the idea. Data Director will take that data from forms submitted by users and allow you to manipulate, enter, transfer, and convert it however you want.

These are some of the best Google Forms add-ons that you should check out. Of course, there are more out there from where these came, but these add-ons should be enough to get you started. Especially, if you are someone who works with forms day in and day out.

A C.A. by profession and a tech enthusiast by passion, Gaurav loves tinkering with new tech and gadgets. He used to build WordPress websites but gave it all up to develop little iOS games instead. Finally, he dropped out of college in the final year. He has over 5 years of experience as a writer covering Android, iOS, and Windows platforms and writes how-to guides, comparisons, listicles, and explainers for B2B and B2C apps and services. He currently divides his time between Guiding Tech and Tech Wiser but mostly, you will find him either gaming or streaming.