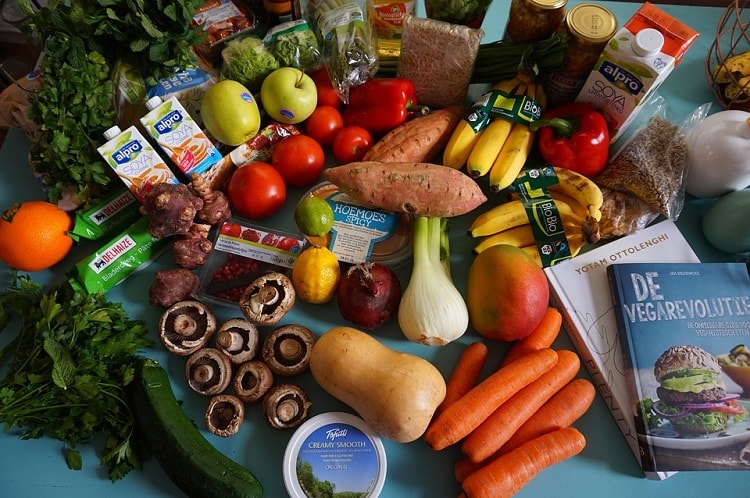 No matter which gym you join, trainers and senior bodybuilders will tell you to start eating meat in order to gain muscle and gain it fast. If not non-veg, you have to at least eat eggs to do so. I don’t have anything against eating eggs and love them but have decided to go vegan recently. I have been working out for some time and been reading about diet for months now. A bunch of documentaries and research has me convinced that the human body is not designed, biologically, to eat meat. Hence, I went looking for vegan apps for Android and iOS to help me begin my veganism journey.

Vegan Apps for Android and iOS

Which documentaries? In case you are interested, I would suggest you watch What the Health and Game Changers by none other than bodybuilding legend Arnold Schwarzenegger. It will change the way you look at that pork! Enough with the backstory, here are some vegan apps that I found to be useful. If you are a longtime vegan and have something to offer, do let me know in the comments below.

If you are just starting out with your vegan journey, the 21-Day vegan app for Android and iOS should be a good place to start. While the vegan diet app has not been updated since May 2019, at the time of writing this post, it is still a solid place to begin. Some users have also found success with Whole Foods Diet but I will stick to vegan, thanks. 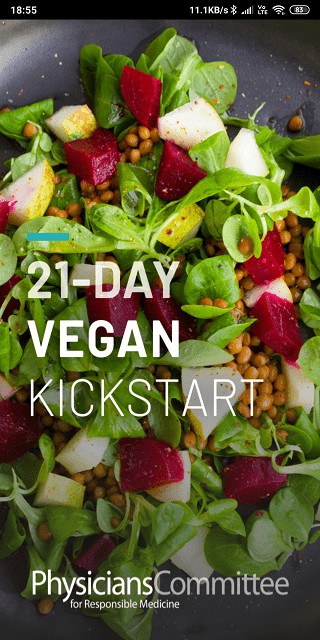 The focus is on helping you adopt a vegan diet, slowly but surely. That means simple and easy to prepare and eat recipes, rather than complex recipes that you don’t know how to cook. Add to the fact that not all of us can cook, and you have a serious flaw in your vegan diet plan. You must learn this art form if you want to create and adopt a diet plan, any diet plan, for the rest of your life.

One of the most helpful vegan apps for Android and iOS is also completely free and there are no ads. Maybe that’s why the developer seemed to have abandoned it! On the other hand, the developer is none other than PCRM (Physicians Committee for Responsible Medicine).

Living alone? Don’t know how to cook? Wanna eat outside but still remain vegan? Get Happy Cow. With a database of over 100,000 eateries, restaurants, and hotels, you can easily find a vegan joint near you. Happy Cow is one of the best vegan apps with an interactive map with vegan restaurants covered in 180 countries. 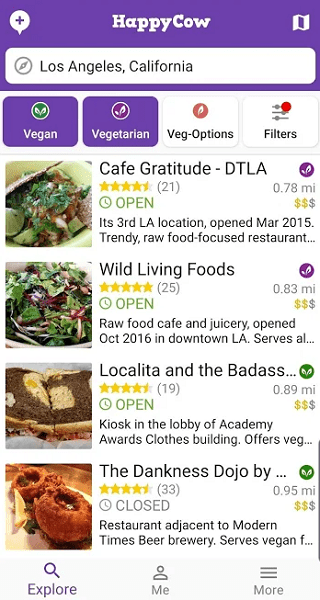 What’s more? It also covers farmer markets, food and grocery stores, and other vegetarian markets. That makes it super easy to shop for your next vegan meal. You can search by location. Pretty useful when you are traveling to a different country and don’t want to break the chain. Finally, there are the reviews of restaurants, so you know what to expect in terms of food, service, and facility. Overall, a must-have Vegan app for both Android and iOS users.

What’s life without fun? Nothing. What’s messaging without emojis? Nothing. vegEmoji is a fun iOS vegan app that will install a bunch of vegan style emojis on your smartphone. You can then use them wherever you want to show off your vegan side. This is also a great way to spread the go vegan message and encourage friends and family members alike, to adopt a plant-based lifestyle. Sharing is caring. 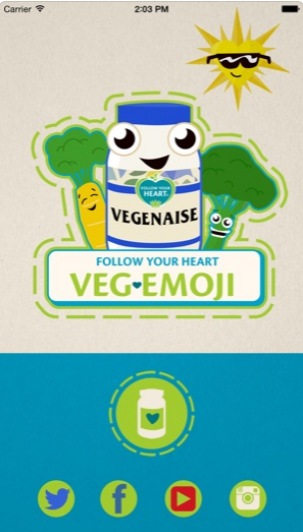 From the makers of the popular documentary, Forks over Knives comes with over 400 vegan recipes that you can try. These recipes will help you understand the vegan ingredients and what goes into your stomach. More recipes are being added as we write. It comes with instructions that you can follow to keep the preparation process simple and easy.

Want to go grocery shopping? It comes with a simple shopping list that you can use to create a list of items you will need.  Because the app and the documentary are so popular, a number of celebrity chefs have become part of the initiative. However, the popular vegan app lacks several features like the ability to print the recipe, no way to search and filter by ingredients, and some users have complained that it crashes. The last one didn’t happen to me but there is definitely room for improvement across the UI.

Forks over Knives will cost you $4.99 and there is no free version.

Eating your veggies is not enough. You also need to know what’s inside them and a way to track results. Cronometer is a nutrition tracker that you can use to track your micro and macronutrients effectively. You can log food items that you eat, nutrients that you received from it, workout sessions, weight, and other BMI and BMR data. 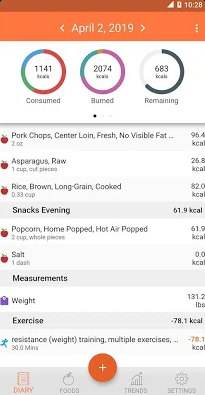 Cronometer will take all this and create useful graphs so you can track trends over a period of time. An easy way to understand whether a vegan diet is working for you or not. This crucial data will help you plan your diet accordingly. It comes with a scanner for barcodes which will make life easier. Cronometer is a companion vegan app for Android and iOS phones.

The pro version will cost you $5.99 per month. At this point, I would like to mention another popular app called MyFitnessPal. You can do everything and more with this app, plus it has one of the largest food database and community in the world.

You need to download Bunny Free and use it more often because being vegan is not just good for our health, it is also good for animals. Veganism is not just a diet but a movement. Bunny Free is a must-have vegan app that taps into the PETA site to let you know if the company is cruelty-free. Enter the name of the company to know if they have an animal footprint and test on animals. I wish there was an app to let users know which companies use animal extracts in their products too. 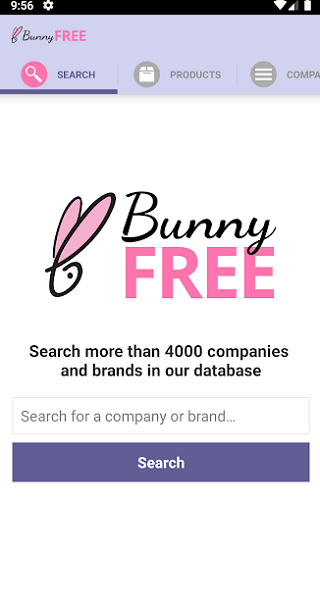 A database of additives with their source details. Picked up something you like in the supermarket but don’t know if the additives used are animal or plant-based? Vegan Additives will allow you to search for it by name or even E-number. The vegan app for Android only works offline too but it hasn’t debuted on iOS yet.

Vegsafe works similar to how Vegan Additives works but for iOS and with one major difference. Instead of being limited to additives, it will help you also search for food ingredients and clothing materials in beauty products. The cosmetic industry is infamous for animal testing and using animal extracts to create makeup boxes. Know what you wear and support veganism fully. There is info on than 400 E-numbers, 130 clothing materials, and 100 ingredients used in beauty products. A must-have vegan app for iOS which is also free. 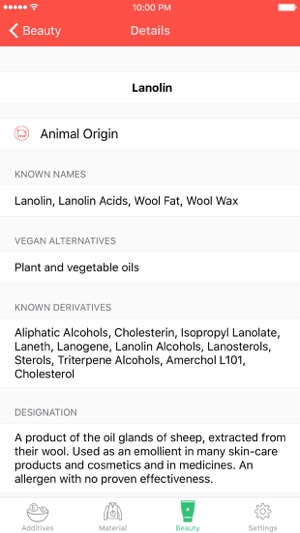 Gonutss is very resource-intensive and hence popular among vegans. The search directory is very extensive with raw materials, recipes, and alternatives to vegan foods. You can now search for them and filter results by gluten-free, peanut-free sugar-free, and so on. Excellent for people who are allergic or intolerants. 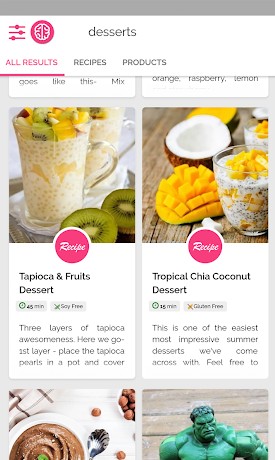 Gonutss will help with the transition period by allowing you to find and filter vegan alternatives that are just as delicious and healthy. This is particularly good for people who grew up eating meat and other dairy and poultry products. The app is completely free. Probably the best vegan apps after Happy Cow.

Wrapping Up: Vegan Apps for Android and iOS

There are a lot of vegan apps out there that you can try and see for yourself. For now, these will help you get started. We have covered vegan apps that cover recipes, track nutrition, workout, restaurants, and more in the single, handy list. This can be your starting point, especially if you are a newbie like me. I am using these myself to great success and seeing actual, measurable results. Go vegan and you will also do your bit on saving the planet.