Home » Internet » Adblock Plus vs uBlock Origin | Which one to Choose?

Adblock Plus vs uBlock Origin | Which one to Choose? 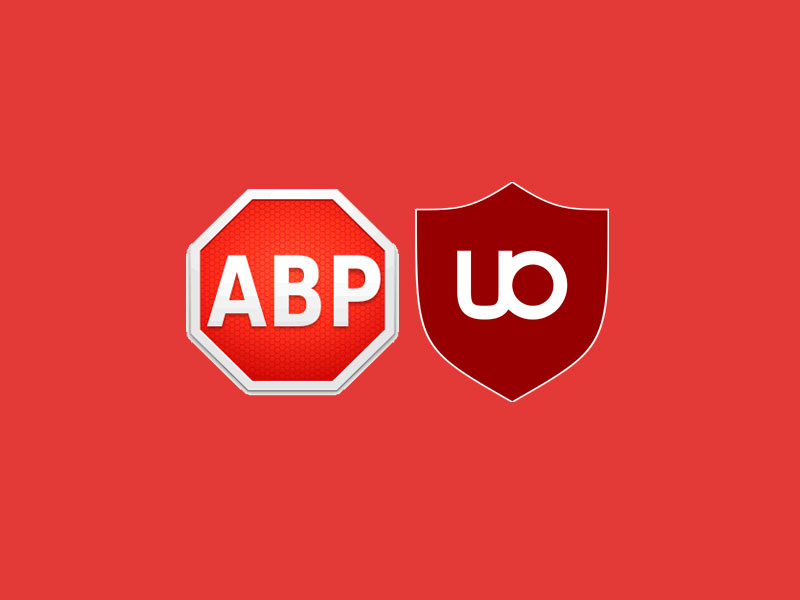 In the past few years, the topic of using ad-blockers or not has become a big topic of discussion. There are arguments both for and against using Adblocker. Some websites provide quality content with non-intrusive ads while there are other sites that have so many obstructive ads that it’s practically impossible to browse anything without any Adblocker.

But the harsh reality is – any advanced user installing a new web browser will inevitably head to the store section of the browser and install an ad-blocker as soon as possible.

Fortunately, there are plenty of ad-blockers available, but the two most popular ones are — Adblock Plus (not to be confused with Adblock) and uBlock Origin (not ublock.org). Both of these are extensions are also available for the two most extensively used web browsers – Google Chrome and Mozilla Firefox.

Should you use Adblock?

If you use Adblock, then you can avoid the frustration with long load times, flashing images, intrusive popup, stop websites from tracking you etc. But on the other hand, for many site owner (like us,) Ads are the major source of revenue. It helps us to pay our bills and bring quality content to you.

Therefore we suggest, you use Adblocker but also disable it on websites that have non-intrusive ads. (like RTT)

So, here we have an in-depth comparison between the two best ad-blocker available on the Internet – Adblock Plus and uBlock Origin. We shall go through various aspects such as appearance, options, resources required etc, and in the end, you would know which one is better suited for whom.

So, let’s find out who wins the battle of being the superior ad-block.

Adblock Plus vs uBlock Origin

Adblock Plus is by far the most popular ad-block extension available on any platform. It was created to be a competitor to the then popular ‘Adblock’, and soon it has overtaken it by a huge margin. Adblock Plus doesn’t block all the advertisements by default, but only the intrusive ads like pop-ups. It also supports all popular web browser like — Chrome, Firefox, Opera, Safari Thunderbird etc. In fact, there is also a ABP plugin for Firefox browser on Android.

uBlock Origin is another promising, open-source ad-block software, which claims to do everything which Adblock Plus does while using fewer system resources. Unlike Adblock Plus – which can be used on a variety of platforms, uBlock Origin is only available to use on Mozilla Firefox, Google Chrome, and Apple’s Safari browsers. Also, you can enable additional different filters than other ad-blockers allow, and those are also included natively. uBlock Origin does not have an official website, only a GitHub page.

Adblock Plus has a big, but simple interface, and you can do many things using it such as enable/disable ad blocking on the webpage you’re on, block single elements individually, check how many ads are being blocked on the page, go to the options to fiddle around with more settings, report if you are facing any issues on the web page etc.

uBlock Origin, on the other hand, has a simple interface. There is this large button to quickly enable and disable adblocking on the current website. The extension’s other options are mostly useless unless you know what you’re doing – like inspecting page elements and listing request logs.

While Adblock Plus definitely has more features in its drop down menu. We prefer the minimal layout of uBlock Origin. You can always find the advanced options in the options page of both extensions.

To bring up the settings page, right-click the extension and select options.

Adblock Plus only uses one filter list by default lets but you can always add more from the preference page. This is also the screen where you can turn off ‘Allow some non-intrusive advertising‘ – so if you uncheck this, you will get rid of the majority of advertisements, including ads from Google Adsense who are paying Adblock Plus to get through in a default manner.

While uBlock Origin offers a wide array of customizations options than it’s competitor – Adblock Plus.

uBlock Origin also lets you use 3rd party filters such as Fanboy’s Enhanced Tracking List, Dan Pollock’s hosts file, hp Hosts’s Ad and tracking servers among others – but if you choose to enable other filters, then do keep in mind that the memory and CPU utilization will also increase accordingly.

While both of the ad-block extensions will get your job done, uBlock Origin is good for the power users. Although, if you prefer the simpler options then consider Adblock Plus.

To find out which extension use the least system resources, we conducted a tricky experiment where we loaded the homepages of popular technology and gaming websites on Firefox browser in 4 different ways – i.e. with No Adblocker, using AdBlock Plus with non-intrusive advertising ON, AdBlock Plus with non-intrusive advertising OFF and with uBlock Origin.

The tests were conducted on an i5 760 @ 4.0 GHz and 8 GB of RAM, running Windows 10. Both the adblockers were on default settings, and the Firefox build which was used was 49.0.2. Caching was disabled to make sure the results accurate. And here is what we found.

As you can see, uBlock Origin wins this race comfortably. It also has the lowest load times, and CPU usage, but that difference is minuscule.

Except the number of platforms uBlock Origin is available on, it wins most of the comparisons.

Both of these ad-blockers rely on the same block lists, so they nearly block the same number of advertisements when configured fully. In terms of safety from malicious advertisements, they are all the same.

The end decision boils down to whether if you want a good interface, cross-platform supports, or better RAM and CPU usage management. If you’re already using either of these ad blockers, then there isn’t much of an incentive to switch.

I personally use uBlock Origin and consider it to be the go-to adblocker for advanced users, as it requires lesser system resources and loads web pages faster than any other ad-block extension available anywhere. And if you are a new user looking for an ad-block extension, uBlock origin should be a good place to start.

Let us know your thoughts about ad-block extensions below in the comments.

Bonus Tip: If you’re using an Android device, then you can load up an ad-block extension on the Firefox browser the same way you do on the desktop. I have been running uBlock Origin on my Mi Max mobile phone since a month now, and the experience has been identical to what you get on the desktop.

Also Read: Authy vs google authenticator — Which one is Better?