Home » iOS » How to AirPlay from iPhone to MacBook or iMac

How to AirPlay from iPhone to MacBook or iMac 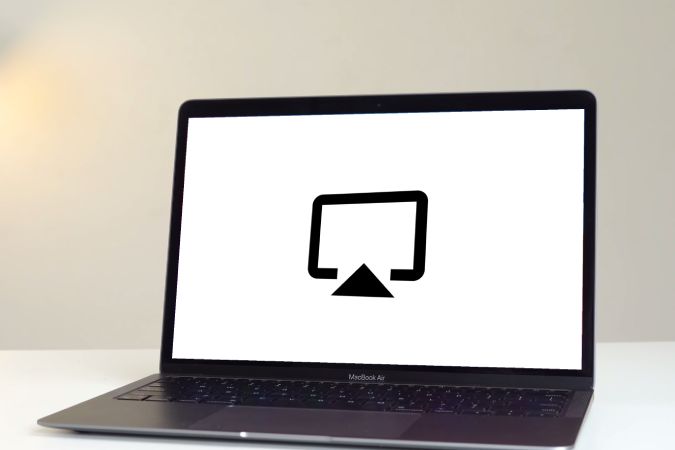 In the recent WWDC 2021 event, Apple announced the new macOS Monterey. One of the really exciting features of macOS Monterey is the option to AirPlay from iPhone to Macs. Here’s how you do it.

AirPlay from iPhone to Mac

In case you don’t know, AirPlay is Apple’s wireless protocol. It helps you to cast your iPhone screen wirelessly on another Apple device. AirPlay works over Wi-Fi, Bluetooth, and mobile data. However, for a good stable connection, it’s recommended that all devices are on the same Wi-Fi network.

Previously, Macs could only AirPlay to other Apple devices like HomePod or Apple TV. However, beginning macOS Monterey, Apple will now let Macs act as AirPlay receivers too.

This simply means you can use your iPhone, iPad, or even iPod Touch (if you have one of those) to cast content on the MacBook and iMac. This lets you use your MacBook’s bigger display and louder speakers if you don’t have an Apple TV around.

Now, by default, iPhones with the same Apple ID can only AirPlay on the Mac. So, if you want your friend’s or family’s iPhone to cast on your Mac, you’ll need to change the AirPlay privacy settings.

To do that, head over to your MacBook or iMac. Hit Cmd+Space to open Spotlight search. Next, type Airplay in the search bar and click on Sharing when it appears in the dropdown menu.

Under the Sharing menu, you’ll see the AirPlay Receiver tab at the bottom where you’ll find Allow AirPlay for: with 3 options.

By default, it’s the current user. This means the device signed with the same Apple ID as the MacBook only can AirPlay. The second option means anyone on the same Wi-Fi network can AirPlay to your MacBook. It’s better to choose this option.

If you don’t have a Wi-Fi network, the last option Everyone should work. This lets anyone around you AirPlay to your Mac.

Once you are done with the AirPlay settings, change AirPlay privacy settings back to Current User.

How to AirPlay From iPhone to Mac

AirPlay only works with limited apps. For this guide, I’ll be using Apple Photos to AirPlay from my iPhone to MacBook Air.

Open Photos app on iPhone and open an image. Tap on the Share icon at the bottom-left and from the Share Sheet, scroll down, and tap on AirPlay. Now AirPlay will display nearby devices that can receive AirPlay. In my case, my MacBook Air is listed. Tap on the device name to initiate an AirPlay connection.

In case you don’t see your Mac device, make sure you are logged in through the same Apple ID. Alternatively, you can also switch your AirPlay visibility to Everyone or Anyone on the same network. You can jump to this section for the steps.

Next you’ll get a request on your MacBook Air to accept the AirPlay connection after which you need to enter a one-time PIN on your iPhone.

Post the setup, you should see the same image on your Mac.

Limitations of AirPlay on Mac

Once you have accepted the connection, your iPhone content will be displayed on your Mac. Now, there are a couple of things to note here.

Netflix and YouTube don’t support AirPlay but instead rely on Google Chromecast.

With the launch of iOS 15 and macOS Monterey, the Apple ecosystem is tighter than ever while being as seamless and easy to use. Apart from AirPlay, macOS Monterey also brings Siri shortcuts to MacBook, Safari gets a huge redesign, and there’s Universal Control. Don’t forget to check out more WWDC 2021 updates on TW.