Home » Internet » All the Games Google Announced in STADIA Connect 2020

All the Games Google Announced in STADIA Connect 2020 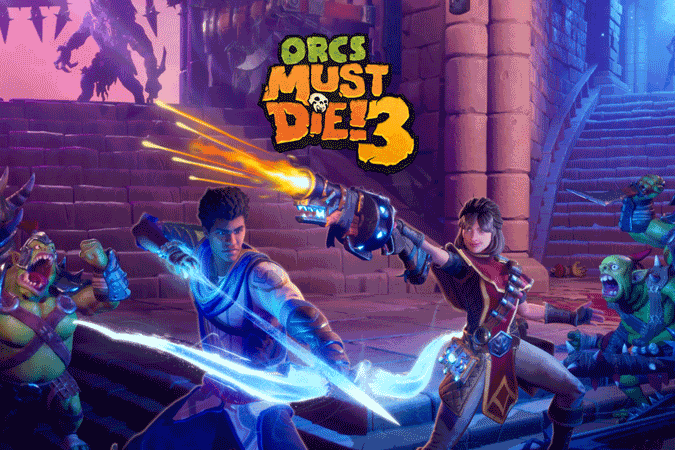 Stadia Connect 2020 is more of an Event to announce games rather than new features. Along with one new feature where you can click on the Stadia link and start playing instantly, Google announced few games that are coming to Stadia, games that are first available on Stadia, and games that are only available for Stadia. And here are all of them.

Read: How to Play Stadia in Unsupported Countries

All the Games Google Announced in STADIA Connect

OutCasters is a fun multiplayer fighting game with popping graphics. where everyone can divide into teams and play by firing shots on each other. Curve your shots and be the last player standing in this vibrant and frenetic, fast-paced eight-player combat game that tests your speed and creativity.

Orcs Must Die 3 is the successor of the previous Orcs Must Die games, but it will be only available on Stadia. The core of the game is similar that you must safeguard the tower by killing Ocrs with weapons, traps, etc. It is also a 2 player game similar to previous versions. OMD3 doesn’t change anything which people loved in OMD2, instead, it enhanced the graphics, customization, and gameplay.

Orcs Must Die 3 is already available now, you can start playing now by clicking on this click to play Stadia link.

Then comes the games that are first available on Stadia comparing to other platforms.

Dead by Daylight is an asymmetrical multiplayer horror game where one player takes on the role of a brutal Killer and the other four play as Survivors. As a Killer, your goal is to sacrifice as many Survivors as possible. As a Survivor, your goal is to escape and avoid being caught and killed.

The concept of elder scrolls is always simple, go anywhere, do anything, and play the game in your way in the open-world map. After many successful Elder Scroll games in the series like Skyrim, Greymoor, Morrowind, Oblivion, etc, the Dark Heart of Skyrim adventure continues with Stonethron. Apart from all the games, ElderScrolls only got a clear release date which is August 24.

Bomberman still has its own fam even being a simple strategic maze game. Whereas Super Bomberman R Online is an online multiplayer game that you can play with up to 64 people at a time. All you need to do is drop bombs and collect power-ups to blast your way. Fight your way to the end and outlast all other players to be BOMBER ONE!

One Hand Clapping is a fun game that teachers you to take control of your own voice, helps you to feel more comfortable and confident while singing, and guides you to develop a stronger connection to your voice. As much as this sounds strange, that is what the developers mentioning about the game. For anything more in-depth, we need to wait until the launch.

Outriders is a 1-3 player co-op RPG shooter set in an original, dark and desperate sci-fi universe. As the last remnants of humanity destroy themselves, the Outriders will journey from the ruins of the old world into the unknown.

Explore late 1500s Sengoku Japan, a brutal period of constant life and death conflict, as you come face to face with larger than life situations in a dark and twisted world.

Along with Hitman 3, Stadia is also coming with Hitman 1, 2 into the Stadia Pro account to play for free. The dramatic conclusion of this trilogy comes to Stadia in January 2021.

“Croteam returns with a high-powered prequel to the Serious Sam series that scales up chaos to unprecedented levels” is the perfect tagline to the 4th game in the serious sam series. It is an open-world shooter game filled with chaos against an unimaginable number of enemies.

This battle Royale is so famous that it doesn’t need any introduction to itself. The season 8 of PUBG is coming to Stadia on July 30.

That leaves us to the third section, coming to Stadia. Among all of them, this link is pretty big with games like Far Cry 6, F1 racing, etc which are mostly what Google already announced in the past 1 -2 weeks. But among all of them, here are some of the big names to be noted.

This is the Marvel game about people turning their back on the Avengers. Even though the trailer or the gameplay videos have come out, it is just hard to predict what this game is about as of now. But you can easily expect the action as it a game from Marvel.

A Viking warrior who is raised on tales on battle and Glory sets to explore the brutal backdrop of England in the dark ages. Just like on every Assassin Creed game, you can explore the beautiful open-world game build on the base of England.

This game has been in the talks for the past 4 years and already became one of the hype machines of its own. It is an open-world, action-adventure story set in Night City, a megalopolis obsessed with power, glamour, and body modification. Things like full customization of characters, ray-tracing lightings and shadows, and Keanu Reeves cameo made the people waiting for the game. And it set to release on Stadia by the end of the year.

Though the features we are expecting like many countries support, YouTube streaming, etc are not really announced. Google made this Connect more about games. So what do you feel about the connect and games announced in the connect? let us know in the comments below.