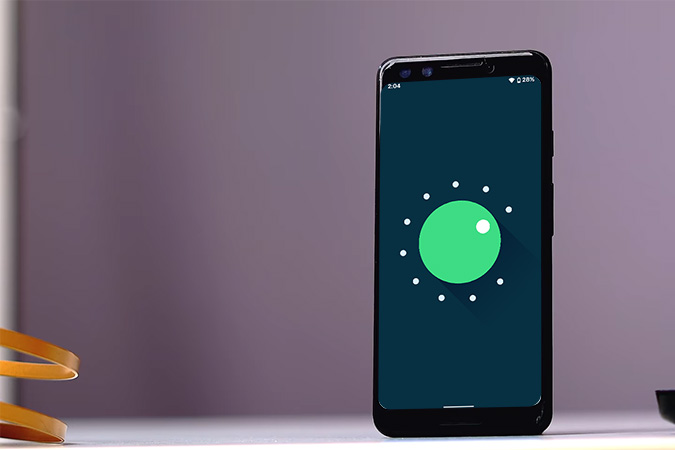 The Google I/O 2021 summed up with great forward-looking announcements. The key highlights were the new Quantum Computing roadmap, Google-Samsung-Fitbit collaboration on WearOS, Digital Car key, etc. However, the most tangible announcement was Android 12.

Alongside the I/O 2021, Android 12 Beta was also launched. And the Beta version is quite different from the Android 12 Developer Version. So, summing all that up and the latest announcements, here’s what’s new in Android 12.

Android 12 Beta version is meant for testing and for developers. Hence, installing on your regular device is not recommended unless you have a spare device to experiment on.

Google has also laid out the roadmap of future Android 12 releases. We would see a couple more Beta releases with the final version coming out around the end of 2021. The stable version of Android 12 will be introduced with the Pixel 6 launch though.

And obviously, this schedule is for Pixel owners. For normal folks, you might receive Android 12 after a year or maybe a decade. Who knows? Ask the OEMs. With that out, I have Android 12 Beta 1 installed on my Pixel 3. And here is what’s new with the Android 12 Beta.

All New Features on Android 12

Most of the changes in Android 12 are visual and it’s huge! I would say this is a substantial visual overhaul ever since Android 7.

Foremost, the most noticeable change is the lockscreen. It’s fully revamped. Now, it’s adaptive based on the notifications. When there are no notifications, the digital clock takes up the whole center stage and you see a big clock. But when there’s a notification, the digital time moves to the left and becomes smaller.

The Always-On display is also similar to the lock screen. You get a big clock right at the center and when notifications appear, the clock is moved to the left and size is reduced to take less space.

The whole Android 12 experience is now vibrant, flamboyant, and definitely not holding back. The pattern and PIN screen are now bigger and have stronger color accents to them. The numbers on the PIN screen are larger than ever with a subtle animation when you press them.

Similar to the PIN screen, Quick Settings now houses bigger buttons. The buttons now carry full text like Wi-Fi and Bluetooth instead of icons. These buttons get even bigger and descriptive when you scroll down further. You also get a subtle cross-fade animation when you tap on them.

When you try to swipe away the notifications, individual notifications become rounded. There’s a subtle change in layout but makes it pleasant.

Coming down to the Settings menu, the whole look has been modified. The options and menus are still the same but now, it’s designed such that it is easier to operate one-handed.

The title of each Setting menu stays on the top in a bigger font. Whereas the sub-menu options roll under your thumb at the bottom. It’s more like Samsung’s OneUI and before you say copy, I’ll say they are partners now *lol*.

You can click on any conversation and change it’s priority. Previously, in Android 11, you had to do this within individual app settings.

Another biggest change in Android 12 UI is the animation. Google has invested a lot of time in making these animations smoother. The core Android system services now take up 22% less CPU. This gives the animations more CPU space making them smoother.

The overall animation around Android 12 UI has changed. From tapping on the Quick Settings buttons to swiping up for App Drawer, there’s a subtle but noticeable change. You now get an overscroll animation throughout the UI.

All the features announced at the Google I/O 2021 aren’t present in Android 12 Beta 1. Some of them will arrive within the span of a couple of months to about a year. Having said that, we do have some clarity on those features. Here are some upcoming changes.

The single biggest change is the UI. It’s mostly driven by the new Material You design language and is no longer minimal. It’s flamboyant, vibrant, and kind of in your face.

Foremost, the color palette is now adaptive. The apps and the entire Android 12 UI will derive colors from your wallpaper. The notification shade, app menu, buttons will have accents of colors derived from the current wallpaper of your phone. Additionally, the UI elements like sliders, clocks, widgets will also have a personalized look based on your settings.

Another upcoming change is dynamic widgets. Finally, Android widgets have been addressed. A much-needed change that was long overdue.

The most important change is that widgets will get dynamic controls. This simply means you can check a checkbox, type in a widget, or tap on a button on the widget itself. Previously, widgets were informational, and tapping on a widget would take you to the app. Now, all can be done through the widget on your home screen itself.

Moreover, the Google Sans font, flat icons, and adaptive color palette will be seen in widgets as well.

Another huge talking point of I/O 2021 was privacy. Here are some noteworthy announcements.

The previous Android versions introduced a bunch of features like Smart Reply, Live Caption, and Nearby Playing. Now, these are part of Android’s Private Compute Core. The audio and data processing that happens for these tasks will stay on your Android device. It won’t be collected on the cloud servers.

The Private Compute Core is fully open-source and accessible by the community.

This feature will be rolled out to Pixel devices first and then to other Android devices.

To sum it up, it was a feature-packed I/O 2021. A lot of features that weren’t announced in the canceled I/O 2020 made their way onto this year’s event. You can read more about the new APIs at the Android 12 API overview blog.

Also Read: How to Automatically Delete Your Entire Google Activity