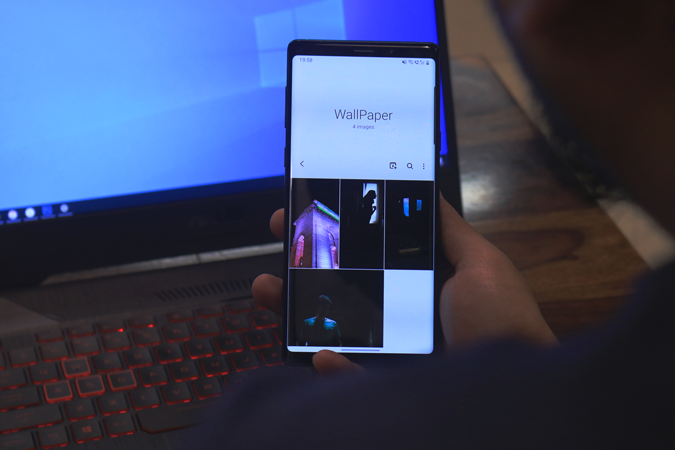 Other file transfer apps like Feem, File Explorer+ are often slow. You can always use Google Drive but it significantly increases the transfer times and not to forget it only works on an active internet connection. So, foremost I needed a file transfer app that doesn’t have a file limit and in addition to that, faster transfer speeds. So, here’s the list for the best Android file transfer apps from Android to Windows PC.

Snapdrop is the most easiest and minimal file transfer app. It works only within your Wi-Fi but provides fast transfer speeds. Snapdrop works on a peer-to-peer architecture. This basically means that the data is shared directly between your Android and Windows PC. There’s no central or cloud server involved.

Snapdrop is a cross-platform device and works on any device that has a browser. In fact, I use it to transfer files to my Android TV as well. The only drawback of Snapdrop is that it doesn’t work on mobile data. 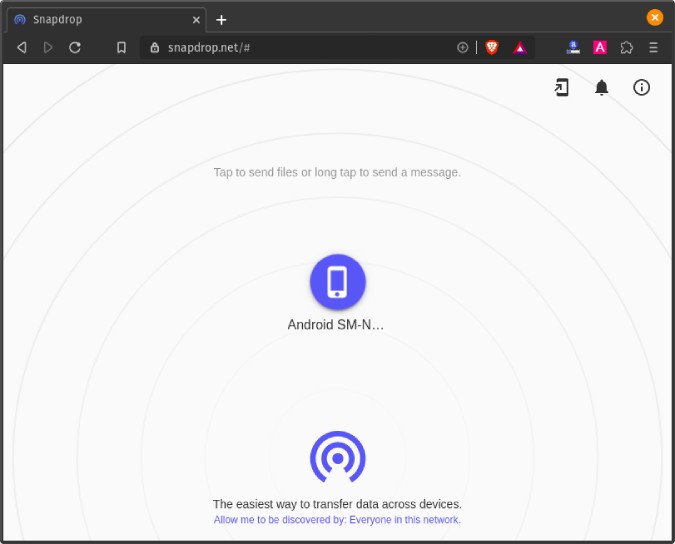 Ideal for a quick transfer between multiple devices in a home Wi-Fi network,

The most obvious alternative to unlimited cross-platform file transfer is AirDroid. AirDroid makes use of Wi-Fi to transfer files. I have used it quite a lot back in the days for 2 major reasons.

To share files with AirDroid, first, download the Airdroid app on your Android phone. Next, open the app and tap on the “AirDroid Web” link. You would be presented with the IP address and the port number that you have to enter on your PC’s web browser. Post that, you would see the AirDroid web interface where you can access your Android phone’s images, videos, contacts, etc. On the right side, you have the 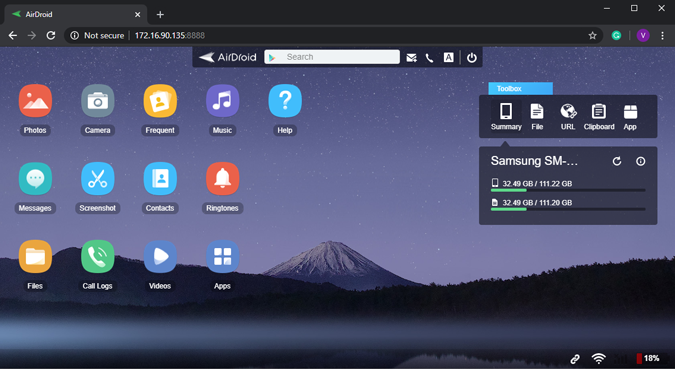 In addition to the files, you can also share clipboard data, control your mobile camera, view files, take screenshots, etc. AirDroid seems like an ideal Pushbullet alternative if you resort only to the LAN. As soon as you move to a different Wi-Fi network, AirDroid caps the file transfer limit to 30 Mb and a daily transfer limit to 200 Mb.

AirDroid still makes use of a cloud server so it makes sense that there’s a size cap but here’s where it gets cheeky. If you use the barcode scanner to connect the devices on the LAN, AirDroid would always show a pop-up saying the connection is not encrypted and you need to sign-in. Once, you sign-in the connection drops back to remote mode even though it’s on LAN. This way, your file size gets capped and AirDroid can push the premium variant.

Xender is kind-of like AirDroid with similar functionalities but entirely different architecture and business model. First of all, Xender is free and doesn’t have a paid pro variant. Next, you can either connect your PC and Android via the LAN or the Hotspot. The Hotspot feature really comes handy when you don’t have a Wi-Fi network in place. Moreover, Xender provides significantly higher transfer speeds on the hotspot as compared to Wi-Fi. However, connecting your laptop to the mobile hotspot is a bit of a process.

Apart from this, the Xender app is full of app promotions and ads. So, I wouldn’t recommend using Xender for more than a one-off case. 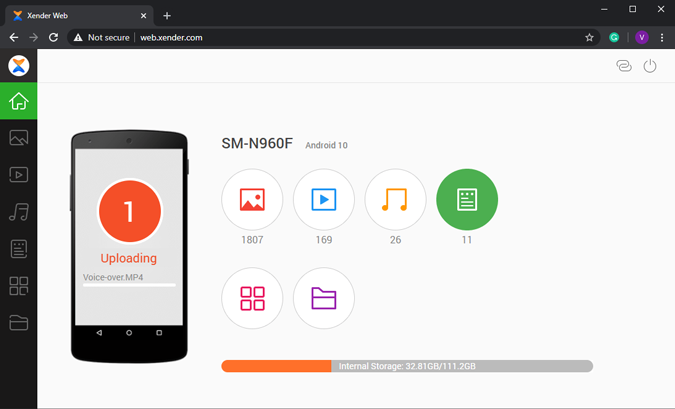 Ideal if you don’t have a Wi-Fi network.

FileZilla is one of the oldest and basic FTP client-server application for Android. In case you are not familiar with FTP, I would suggest giving this a pass.

The best thing about FTP is that it works without an Internet connection within the same Wi-Fi network. Now, the only caveat with FileZilla or rather FTP is Internet access or remote access. If you want to access your FTP server via the Internet, you would have to enable port forwarding and a couple of firewall settings on the router. 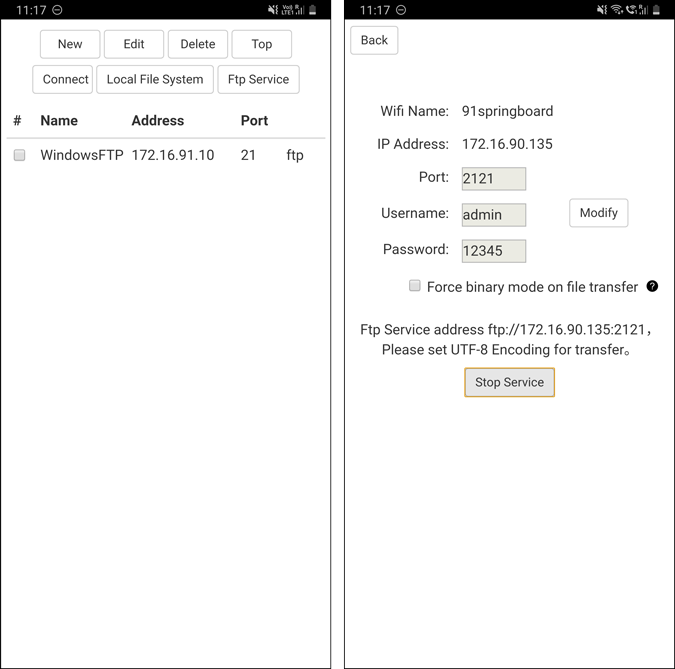 Read: 5 Best FTP Clients For Both Windows and macOS

Ideal for people who are familiar with networking and FTP.

Once you have installed the app on both Android and Windows PC, choose the file you have to send. Next, the app creates a unique Link and QR code. Now, you just have to enter the connection link or scan the QR code on Android for the file transfer to begin. Apart from normal file transfer, Resilio provides a bunch of other options like folder sync, camera sync, and encrypted cloud sync.

Resilio works seamlessly across the Internet and your local network. However, the free variant allows unlimited file sending and folder sync between 2 systems. If you manage a host of devices and want folders to be synced amongst them, you can upgrade to the pro variant at a one-time cost of $59.9. 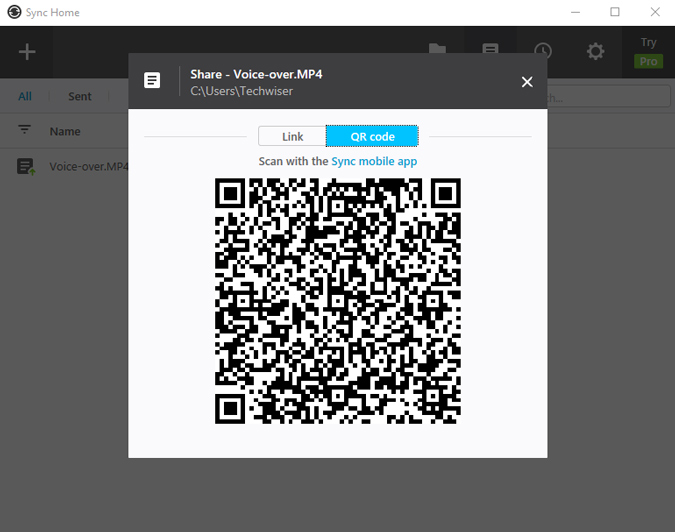 Ideal if you frequently send big files from your Android to Windows PC and vice-versa.

Similar to Resilio Sync, Portal also functions on the P2P transfer protocol. It is developed by the PushBullet team. Unlike, Pushbullet, Portal doesn’t have any file sending limit. You have to download the Android app and visit “portal.pushbullet.com” on your Windows PC. Connect both the devices by scanning the QR code and now, you just have to drag and drop the files on the Windows Portal web app.

Portal works seamlessly without any hassle. However, it has its own flaws. You can send files from your Windows PC to Android, however, it doesn’t work vice-versa. Portal works on the same P2P protocol but you cannot send files over your mobile network. All these limitations are owing to 1 simple thing – use Pushbullet for the extra features. 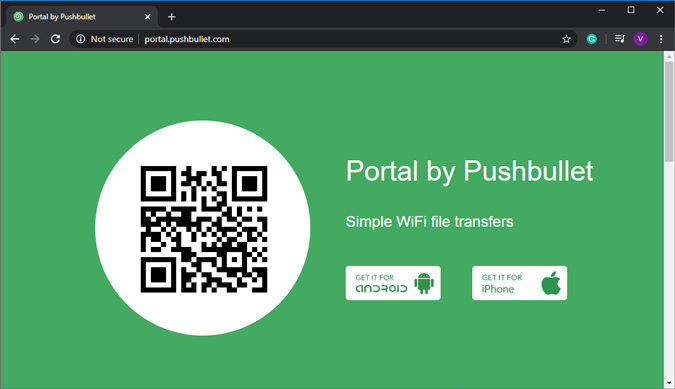 Ideal for a one-off file transfer with friends on the same Wi-Fi network because of the minimal setup.

SyncThing is an open-source alternative for Resilio Sync. On contrary to Reselio’s proprietary protocol, SyncThing uses open standard Block Exchange and replicates the same functionality. Having said that, SyncThing misses out on the most important feature – Direct file sharing. You have to go through the entire process of setting up a remote device and then copying the file in the shared folder. Next, SyncThing will sync the file from Windows to your Android device or vice-versa.

I wouldn’t recommend SyncThing for occasionally sending files. However, if you have a permanent use-case, you can back on SyncThing to keep your folders synced.

In case SyncThing sync is stuck at 0%, you will have to approve the folder creation on the web GUI in the Android app. 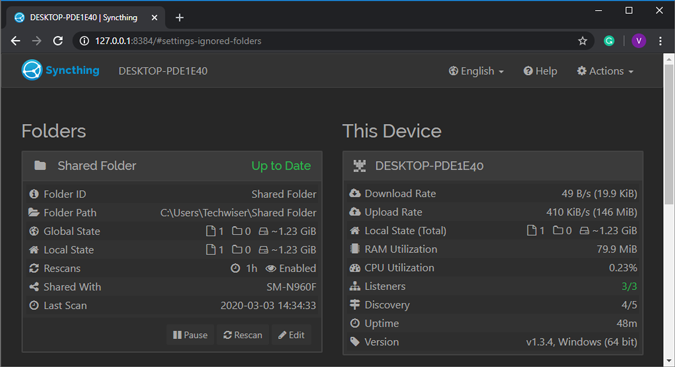 Ideal for people who want to sync an important folder across multiple devices permanently.

I use FileZilla or SyncThing when I dual-boot on my Ubuntu laptop. On Windows, I mostly rely on either Google Drive or Smapdrop. In case you seldom send files through-and-fro, Xender or Portal is a good option. For more issues or queries, let me know in the comments below.

Also Read: 12 Step by Step Fix to WiFi Connected But No Internet Access