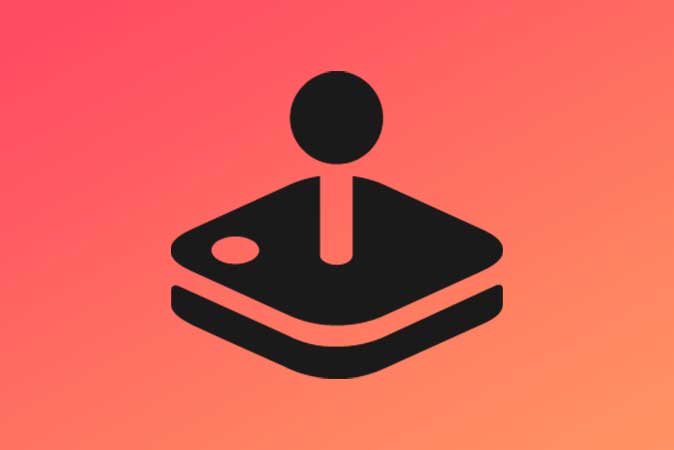 Apple Arcade came out more than a year ago with a $5/mon price tag and a meticulous selection of games for every category. The gaming service offers a completely ad-free experience, with controller support, and cross-device sync among other things. We recently did some research and created this list of some of the best Apple Arcade games for kids of all ages. Let’s check those out.

Frogger is the latest iteration of the classic arcade game from Konami. It comes with the latest graphics and game mechanics where you feel a part of a giant world where you have to steer frog to the next checkpoint. While doing so, you will interact with blocks, balls, boxes, books, and other objects in the game to move forward and escape enemies. The controls are incredibly intuitive where you just need to swipe in the direction where you want your frog to move. Easy controls, polished graphics, and a fun soundtrack, all the key ingredients for a cool Apple Arcade game for kids.

Get Frogger in Toy Town

You’re a cute but fierce eight-legged robot spy named “Agent 8” whose mission is to save the world. You need to infiltrate secure facilities, extract confidential information, and stop the terrible things. Your avatar, the robot spider, can walk on any surface and comes equipped with all the high-tech gadgets you might need, all you need is wits. There are original puzzles that involve real-life objects such as pressing buttons, filling cartridges, replacing dead batteries, etc. The game would force you to think from a perspective of a tiny robot in a giant’s world. It’s Fee-Fi-Fo-Fun.

This next Apple Arcade puzzler game for kids will have you in knots with its easy-to-solve yet head-scratching puzzles. The objective is to form a valid word based on the image provided in each level. It looks easy but there are a lot of fake words put in to throw even adults off and it’s a great exercise for kids to learn how to spell words. There are 1000+ levels so the kids would be busy with this arcade game for a long time.

Sneaky Sasquatch is real and lives an unsuspecting life, for the most part. You play as the mysterious beast that just likes to go through other people’s lunches when they’re not looking. The controls are simple where you swipe on the screen to move around and tap the objects to interact with. You go on multiple adventures with a raccoon friend raiding camps but need to be sneaky otherwise, you’d get caught and they’d put your name in the paper.

Tint. is a relaxing Apple Arcade puzzle game that lets you play with watercolor without getting your iPhone/iPad wet. This seemingly simple game brings a completely new idea. You have to conquer every level by making a color required at the endpoint and the game gets progressively difficult as you play more. The brush strokes, chill music, parchment canvas, and origami adds to the realism of the game and is highly appreciated.

Lifelike is truly a breathtaking Apple Arcade game for kids where you can just sit and relax without worrying about the plot or the objective. The swarm-like behavior is inspired by marine life and looks just as mesmerizing as it looks on the Discovery Channel. You swim around an endless space interacting with different swarms and bringing those along on your journey is really therapeutic.

Sonic Racing is SEGA’s take on a Mario Kart-style family racing game that really delivers. There are 15 iconic characters from the universe, multiplayer modes, and 15 different tracks. You can either play alone or form teams and play with other kids. There are powerups that you can use within the game to gain an advantage over other players. The only thing you need to remember to win, “gotta go fast”.

Made by Adult Swim, this RPG does great justice to the cult-classic animated show, Samurai Jack. You play as the Samurai who is out of time and on a mission to defeat Aku. You brandish the katana and fight off evil minions of the villain advancing the plot to reach the final boss showdown. The game graphics and mechanics are refined and feel like you’re watching the show. Pair that with intense fight-sequences and you get the perfect concoction of addictive gaming.

Things That Go Bump takes the idea of common house spirits or Yokai and turns it into an action-packed arcade game for kids. You’re a spirit that can get into household items such as umbrellas, flashlights, vases, etc. and battle it out with other Yokais. The game quickly gets intense as you need to think quickly on your feet and change your household items to gain new skills. You can connect with other players and play in multiplayer mode.

Get Things That Go Bump

Warp Drive is an incredibly fun racing game that involves a high-tempo soundtrack, colorful graphics, and an intense race. You drive a QUAD rotor racer that packs a punch, handles really well on the curves, and drifts like butter. The track is sprinkled with multiple power-ups, hidden tracks, and teleporting stations that can help you stay ahead of your opponents. Happy racing!

SpongeBob’s old nemesis, Plankton has devised another plan to steal the Krabby patty formula and it’s up to SpongeBob to stop him in his tracks. You go on an adventure collecting coins and defeating Plankton’s minions along the way. The game would throw puzzles that you need to solve in order to save your friends.

This is one of the most unconventional arcade games for kids on the list and totally amazing. Instead of one, you control a group of people running towards the finish line, and along the way, you find death pits, giant donuts, jumping macarons, and many other foes that you need to survive. The upbeat music and original vocals make this game an instant hit among the kids. You should definitely check it out.

Winding Worlds is a cosmic adventure accompanied by a cosmic Wurm who has hired you to help him bring order on other worlds. The objective of the game is to travel to new planets and fix the problems plaguing them. The gameplay is simple with just two swipe motions to control everything and yet you’d feel engrossed in the storyline because of memorable characters and impactful music.

Survival Z is a Apple Arcade strategy game for kids where your only game is to eradicate zombies. Along the way, you would pick up survivors, set up barricades, team up, and lay in traps. The game has 50 unique levels, organic path generation, 15-different characters to make the game loads of fun.

It’s a mystery game like no other. You play as a field researcher whose task is to spy on squirrels. The gameplay is engaging and there are elements that you need to interact with regularly such as answering telephones, sending out faxes, setting up trip cameras, and analyzing footage. It’s a little different with visuals but makes it up with audio and background sounds of the forest.

Spire Blast is a tower collapsing game where you throw a matching colored brick to break the bricks. It’s a digital take on the classic brick breaker and it’s really well done.

Neversong is a strangely horrifying Apple Arcade kids game that does justice to the genre and if you want children to play a horror game, Neversong is the perfect balance of horror and puzzle platformer. The story follows a young boy who has just woken up from a coma and is now looking for his girlfriend. There are many different bosses, monsters, and zombies to beat up in this game.

These were some of the best Apple Arcade games for kids that I recommend based on reviews given by kids themselves. Apple Arcade has evolved into a mature subscription with offerings that range from casual platformers to hardcore story-driven games. There is a game for every age group and most games can be played with the entire family. So which Apple Arcade kids games are your favorite? Let me know on Twitter.