Home » Internet » Apple Translate vs Google Translate: Do We Need Another Translator App

Apple Translate vs Google Translate: Do We Need Another Translator App 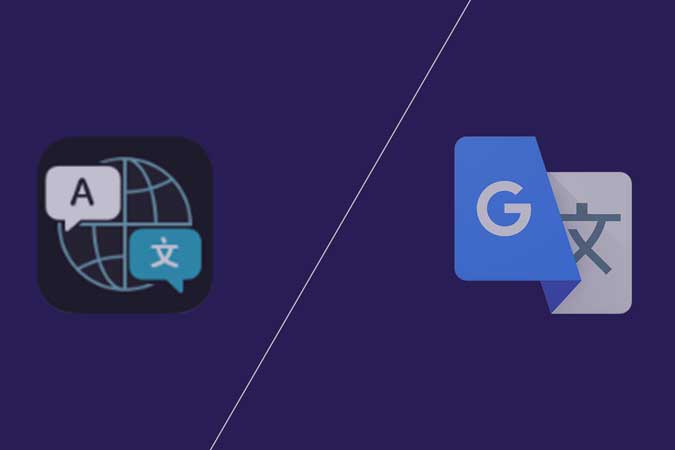 Google Translate does an amazing job of translating words and phrases from one language to another. In fact, it can translate entire web pages to your preferred and spoken language if you are using the Chrome browser. After Microsoft released Translator, now Apple has joined the fray with the launch of Apple Translate which was unveiled with iOS 14 beta release recently. So, which translation app is better between the two, and why?

Google Translate follows the same materialistic design policy that you will find in other Google apps. I like the fact that you can immediately begin with the translation (text) by selecting input and output languages. Useful if you travel a lot and have little time or patience for aesthetics. There is a quick tour button for newcomers. You can swipe to remove it if you don’t need handholding. 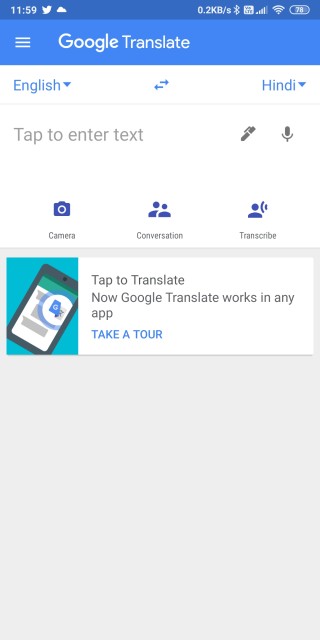 Apple follows the same principles albeit in a different and more beautiful UI package. Quickly choose your input and output languages from the drop-down menu and type what you need translating at the bottom. You will see the translated text in the middle. 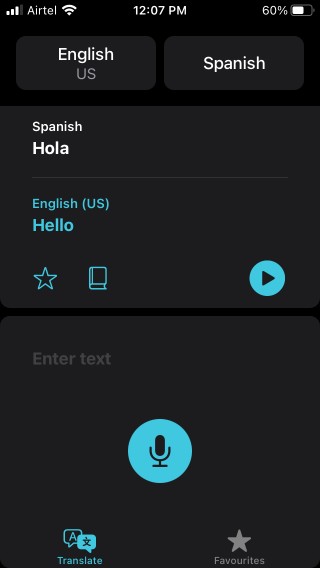 Both apps are easy to use with a neat and clean interface that you will get accustomed to in no time.

Also Read: How to Translate YouTube Video to Other Language

Google Translate is the clear winner here with 109 languages supported with a wide number of words and phrases. Apple Translate, on the other hand, has been launched with support for 11 languages which pales in comparison. In Apple’s defense, most popular languages like Arabic, Chinese, English, French, German, Italian, Japanese, Korean, Portuguese, Russian, and Spanish are supported. As for others, I am sure Apple will add support in the coming months with a simple update. Google Translate has simply been around for longer.

Supporting more languages doesn’t mean Google Translate is better. For example, only 43 languages have bilingual support. That means for the remaining 60+ languages, you can’t have real-time conversations. You can convert text but not have conversations. The same goes for camera (image to text) which is limited to 37 languages, audio (voice to text or voice to voice) which is restricted to 32 languages, and view translation (real-time). So, you can’t really compare them based on the number of languages alone.

You can find support type and mode for your required languages for Google Translate. Just search for your language. Choosing a translation app will depend on what you need it to do.

We know there are more than a few ways to translate text/voice from one language to another. Let’s take a deeper look at them to find out how they work and which translation app offers more options. 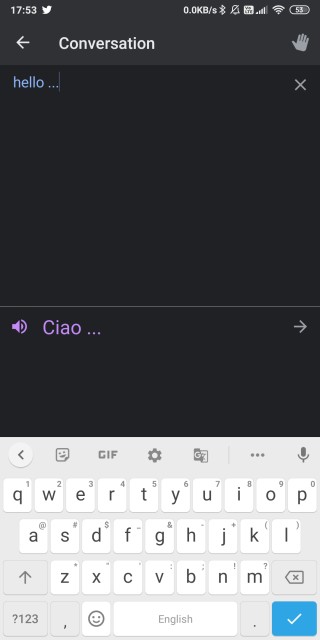 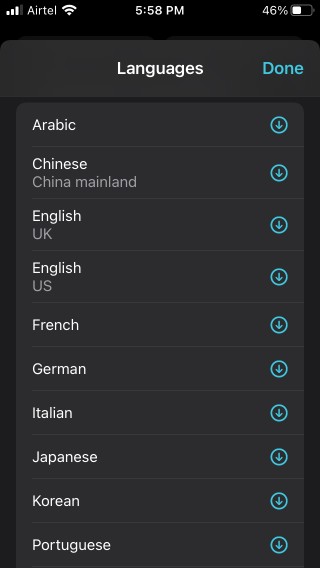 Where Google Translate works with Assistant, Apple Translate supports Siri integration. Apple is far behind Google right now in terms of features like handwriting support and image to text translation using camera. Both the apps come with phrasebook/favorites feature where you can save frequently used common translations for accessing them quickly later.

Both Google Translate and Apple Translate are free to download and use with no ads. Google Translate is available on Android, iOS, and web. There is also support for Google Assistant and other Google smart devices like Home. It also offers API which allows several third-party apps to integrate Translate into their apps. And then there are browser extensions that can translate entire web pages or selected text as needed.

Apple Translate was recently launched and like all Apple apps, it is restricted to the Apple ecosystem. You can use it on iPhones, iPad, and Macbooks along with Siri, as noted earlier.

Also Read: How to Set Language of App Independent of iPhone Language

While Google Translate is still king of translation apps, I would keep an eye out for Apple Translate. Especially, if I am deep within the Apple ecosystem. It looks promising and will grow very quickly in my opinion. Most Apple users are going to stick with the default app allowing Apple to gain more insights into usage and feedback. That will then allow the dev team to quickly scale things and add more features akin to the Google Translate app.

Let us not forget that Google almost shut down Translate app’s API services back in 2011. They received a lot of criticism and backlash for the same following which, Google decided to continue the API service for a cost. So, it is a good thing that there is an alternative that you can turn to.