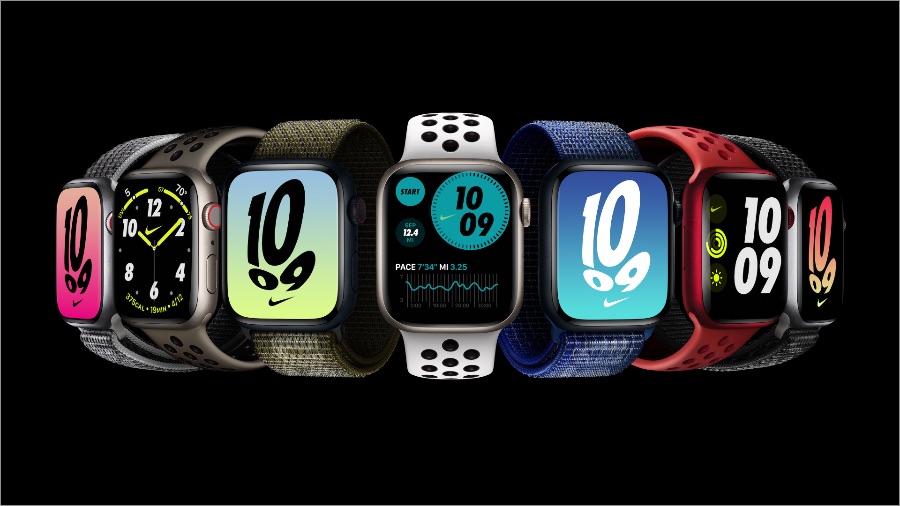 Apple announced three new smartwatches at the company’s ‘Far Out’ event in the Steve Jobs theater. Apple Watch SE gets a successor, Apple Watch Series 8 builds upon an excellent foundation laid by Series 7, and the biggest of all –Apple Watch Ultra, takes the watchOS experience to the next level. It’s easy to get confused among the three. Let us sort out the display, battery, size, price, water resistance differences, and more.

Let’s start with the smallest of the bunch. Apple Watch SE 2 is available in two display size options – 40mm and 44mm. Apple increased the display size of the Apple Watch Series 7, and the company is retaining the same 41mm and 45mm options for the Series 8.

You also get an Always-On display function with the Series 8 and Watch Ultra. Apple Watch SE misses out on it.

Apple Watch SE is made of aluminum, while Watch Series 8 is available in stainless steel and aluminum case. You can select several case finishes and band types to personalize your purchase.

Apple Watch Ultra is available with an aerospace-grade titanium case, which is lighter and more durable than stainless steel. The Watch Ultra also carries an altered case design for better display protection. The titanium case is raised from the sides to protect the sapphire crystal display. The design tweaks, case material, and display size deliver a rugged look to Watch Ultra.

Apple has included a larger Digital Crown on the Watch Ultra, protected by a crown guard. You also get a customizable raised side button to perform frequent tasks on the go.

All the latest Apple Watch models use the same 64-bit dual-core S8 SIP (system-in-package) processor. The new chip is 20% faster than the old Watch SE CPU. But it doesn’t include any notable improvements over Series 7’s S7 chip. Given the price differences (more on that later), we expected a better, faster processor in the Ultra model. Maybe, Apple wants to prioritize battery life over speed for Watch Ultra.

The dust resistance remains the same (IP6X) among the latest Apple smartwatches. The company promises water resistance up to 50 meters on Watch SE 2 and Watch Series 8. The Watch Ultra gets a nice boost to 100 meters of water resistance.

Apart from better water resistance, the Watch Ultra is a step ahead with a US MIL-STD 810H military standard for altitude, extreme high/low temperature, and shock resistance from impacts and vibration.

Apple uses a Type-C connector and offers wireless charging on Watch SE 2, Watch Series 8, and Watch Ultra. The company promises all-day battery life on SE 2 and Series 8 (up to 18 hours). You can enable the Low Power Mode and extend the battery life to 36 hours.

Watch Ultra stays true to its name in the battery life department. On regular use, you can expect 36 hours of battery life (double than the Watch Series 8 and SE), and the Low Power Mode (coming later this year) will deliver a nice boost to get 60 hours on a single charge.

The Apple Watch Ultra gets a new dual-frequency GPS that integrates the L1 and L5 frequencies to generate an accurate readout. When you run through dense city areas or are surrounded by high skyscrapers, you will continue to get accurate GPS metrics. Bluetooth and Cellular connectivity remain the same among all three models.

Whether you are on a tight budget, plan to upgrade from an older Apple Watch, or want a rugged smartwatch for the next trekking trip, Apple has got you covered with their 2022 wearable lineup. Before you hit the buy button, learn the differences to avoid picking up the wrong product.