Audacity Alternatives: It’s Time to Get a Better Audio Editor 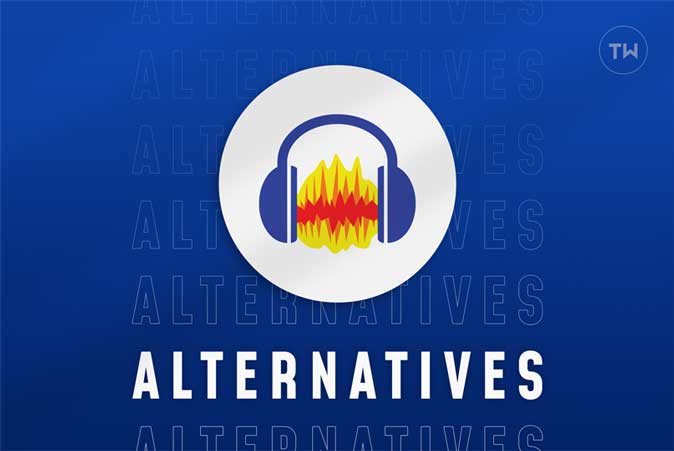 Audacity’s privacy policy page was updated on June 2, 2021. The changes not only allow Audacity to collect your personal data such as IP, location, OS name, CPU, etc. but also vaguely allow Audacity to share the data with authorities if legally requested. Moreover, kids under 13 years old can no longer use Audacity because collecting data on kids is illegal. So, if you’re worried about your privacy, here are some of the best Audacity alternatives you can try.

MuseScore’s head of design, who also heads Audacity, has initiated a discussion on the issue on Audacity’s official GitHub page. They believe this whole ordeal has arisen due to poor communication and that the company has ‘no interest in harvesting or selling personal data’. Moving forward, Audacity would collect telemetry data that would be self-hosted and you may opt-in if you so wish to share the data with the servers. How this policy affects the end-users or even changes in the years to come remains to be seen and I’ll update it here when it does. Meanwhile, there are other audio editors out there worth checking out.

In fact, you can continue using Audacity as is but there’s a catch.

The first thing to keep in mind is, the privacy policy is not actually in effect yet— they will put into practice in the upcoming 3.0.3 release, while the most recent available version is 3.0.2. For now, the currently installed version of Audacity is safe. In the future, make sure you do not update the software, or if you need one just download an older version

Version 2.4.2 of Audacity is the last known version before the controversial update which you can download from Softonic and Fosshub.

Also, just to be safe, you can also block Audacity’s internet connection on your firewall. To do so on Windows, go to Control Panel > Windows Firewall. On the left side, click on Advanced settings. Click on Outbound Rules and create a new rule to restrict internet access for the Audacity app.

Audacity is free and open-source which enables developers to create their own forks and Dark Audacity is one of them.

In simple words, Dark Audacity is Audacity in dark mode with no trackers. You can record sounds, edit audio files, and apply audio effects to your projects easily. Plus, it comes in a dark UI.

As it’s a custom fork, you don’t have to worry about your data like the newly released official version. The only drawback is that it is not available for macOS. However, the next software on the list supports both Windows and Mac.

Get Dark Audacity for Windows (free)

Ocenaudio is a free Audacity alternative available for Windows, Mac, and Linux.

The UI is similar to Audacity but is a bit basic in feature. It offers a real-time preview which means you can adjust the audio effects and hear the changes as you push the sliders. You can select multiple parts of a project and apply effects, edit, snip, etc. Popular features of audacity like noise reduction and equalization are all there in Ocenaudio.

Get Ocenaudio for Windows | Oceanaudio for Mac (free)

If you’re looking for an Audacity alternative but you are not a power user then try Bear Audio.

Bear Audio is an online audio editor that can cut, crop, merge and split your audio files. You can also record your files directly to the online editor.

However, unlike Audacity, there are no fancy tools such as audio normalization, effects, multi-track timeline, etc. Bear Audio is a great tool if you just need a simple audio editor.

If you are a power Audacity user and looking for an alternative, try WavePad.

WavePad is a full-fledged audio editing software that offers features such as multi-track editing, spectral analysis, noise, and pop-removal, etc. You can apply effects such as amplify, normalize, equalize, and many more. Not to mention the standard cut, crop, merge, split, trim, and so on. WavePad supports a plethora of audio formats, has scrubbing and searching, and features a huge library of sound effects

WavePad is available for Windows, Mac, iPhone, and Android which is sweet seeing how Audacity didn’t offer mobile apps. You can get it for free but there’s a paid version as well that would give you access to the complete SFX library.

These are a few of the Audacity alternatives that you can quickly jump ship to. Meanwhile, I would be on the lookout for all the updates to their policy and possible forks in the future. Dark Audacity is a Windows software that functions just as well as Audacity. Ocenaudio is available on both Windows and Mac and offers a decent number of tools. While Bear audio is a simple online tool meant for quick jobs, WavePad is a professional tool with huge libraries and advanced effects. What do you think? What would you choose? Let me know on Twitter.