Using an App Locker is the best way to keep your Apps and its content safe from getting into wrong hands. You surely don’t want those private chats and secret images to be seen by someone else. Well, amongst a plethora of App Lockers available on Play Store it can be hard to pick the best app locker also with many of them coming with bloatware installed, it can become quite messy.

While you can always use Nova launchers to hide apps from the app drawer, by renaming it and change its icon to an app that usually nobody looks into. But it’s not secure in situations when you have to hand over your phone to someone. So, we have compiled here a list of App Locker keeping in mind all users that might want a simple app, a feature-rich one, with root capability or just a photo/video locker app. We’ve picked the best app lockers (with no bloatware and) for specific user requirements. So, without further ado, let’s dig in.

Note: Most non-stock ROM has an App Locker built-in. For example, on Xiaomi’s MIUI, you can natively lock/unlock the apps by the pattern or fingerprint without the need of third-party apps. It also doesn’t show any preview when you open the launch the app for the first time and hides the app’s recent screen so that nothing is visible from the multitasking window.

App Locker is a very simple just as its name and an easy to use app locker for any user. Right after installation, it will ask you to enter a PIN and a secure pattern for app locking. Thereafter, you will have to grant the app with two permissions. One to overlay over other apps and the other get app usage access (most security based apps require this permission). 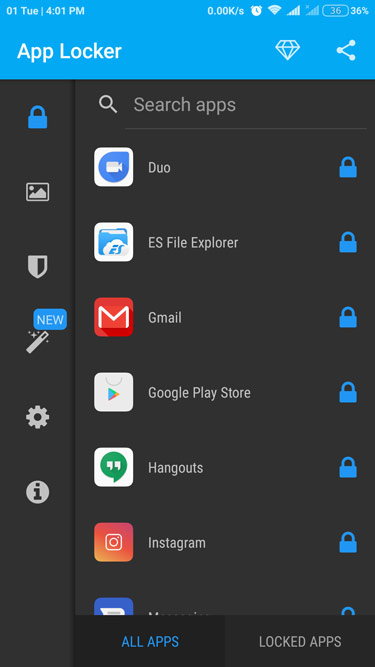 You even get to change the color theme of pattern lock that will overlay over the apps. Also, most security required apps like social media apps and banking apps will be automatically locked by App Locker saving you the time. Apart from PIN and Pattern lock you also get fingerprint to unlock which according to me is quicker than the former two.

One thing that might hinder your user experience is the Ads. However, they can be removed by making a one-time payment of $3.

As the name suggests, FingerSecurity is mainly based on Fingerprint unlock for devices with the Fingerprint scanner. Before going into its features I must say that it has most stringent security features to keep your apps locked. Sometimes, some app lockers don’t lock apps if an app is already in the RAM or recent apps. Opening the apps again from recent apps will open up the app without asking for a secure unlock. Well, that can be a security issue for a banking app. But, no worries FingerSecurity has this handled. You just have to enable an option – Improved Protection which will protect apps that are in recent apps. 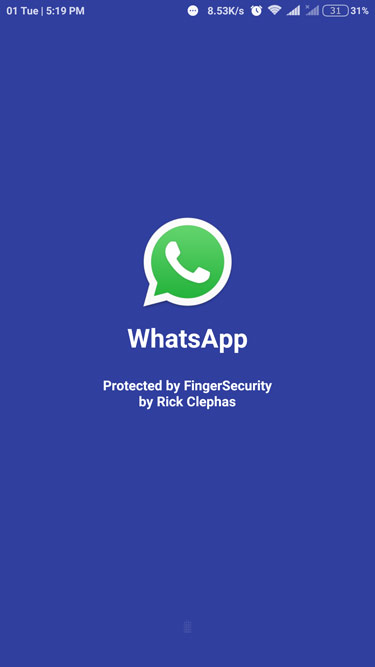 Apart from that, Fingescecurity also has an option that won’t allow anyone to uninstall the app or even kill the app process using ADB. Well, if for some reason the fingerprint scanner is unable to scan your finger then you can even make use of the alternate password by tapping on the app logo during unlocking.

Yet another thing I liked is that you can customize the security feature per app. You get the option to change security settings for each app which according to me is excellent.

Apart from that it also has some premium features which include intruder detection, Location-based security, and Notification security. All of them cost separate premium packs that can be purchased for $1 each.

Cons: No cons as per my usage.

Hexlock is a unique app locker that provides profiles to lock your apps. Maybe you are at Work, Home or at Party you can set specific apps to be locked when a specific profile is active. So, this can be helpful in places where you don’t want your social media apps to be locked and vice versa. You can enable profile manually or set it to turn on automatically based on which WiFi network you are connected to. 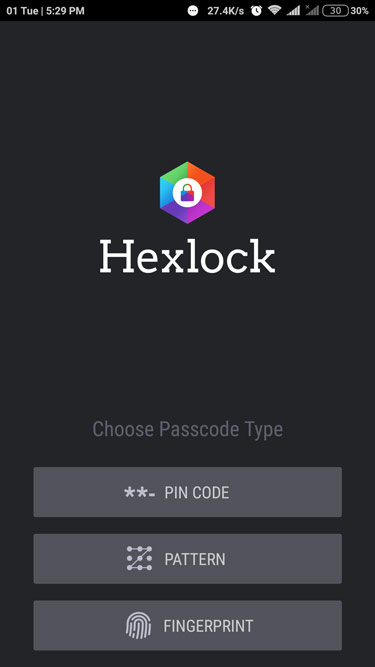 Apart from app lock, it also provides Media vault which protects different media items that are imported into it. Once a photo or a video is imported into the Media Vault, it can’t be accessed from the inbuilt gallery app or even a third-party app like VLC media player.

Another cool thing that it does is that keeps a history of events that Hexlock underwent through. You can find a list of all the actions performed by Hexlock in Security logs tab.

FYI: In case if you are wondering, what if you use two app lockers together? Well, that will surprisingly work. You will have to go through two security app lock overlays. Thinking of multiple? That’s crazy.

Privacy Knight is yet another feature-rich app locker that you will love to use. Apart from app and media lock, do you want incoming calls to be locked? Certain app notifications to be hidden and even disguise an intruder that this app locker is actually a phone dialer? Well, Privacy knight can do all of that for you. 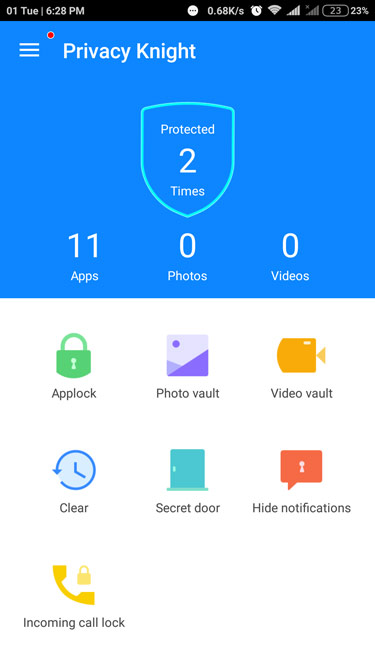 For incoming calls, you can enable the feature and the next time you pick the call you will have to long press the pick-up and hang-up buttons. For notification, you can add certain apps that show incoming messages in the notification area. The text in those notifications will be hidden.

Another interesting feature is that you can disguise anyone from using the Privacy Knight app. Enabling this feature will turn the app icon into dialer icon and you will have to add a secret passcode to open the app. The UI of the screen will also change to that of a dialer.

Apart from that, it also keeps history logs and protects your media too. You can also enable the option to take a selfie automatically if anyone tries to intrude an application.

Tip: You can get the disguise feature for any app locker as most App launchers nowadays have the feature to change the app icon and name of the app.

If you are looking for a very simple and easy to use app locker that has no features to brag about then Material App Locker is the best app locker to go for. It is lightweight and does perfectly what it has to do ie. lock apps. 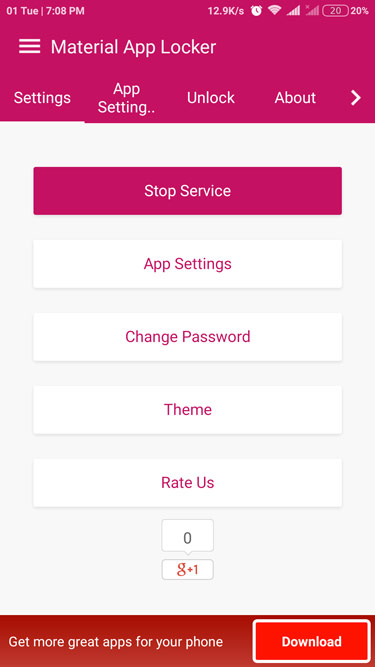 You can specifically choose apps to lock them. Also, there’s one feature that might I liked it that you can choose specific apps to open a specific screen orientation (landscape or portrait) and lock the screen to never turn off. This can be very useful in many situations.

If you are looking specifically to lock/hide certain photos and videos then this disguising app is the best to go for. The app totally looks and works like a calculator. But, when you enter a certain number (passcode) and tap on the square root icon (which also looks like correct icon), it will take you into the actual app where you can save your secret photos and videos. Not just media items but you can also add secret notes, contacts and browser internet with the incognito browser. 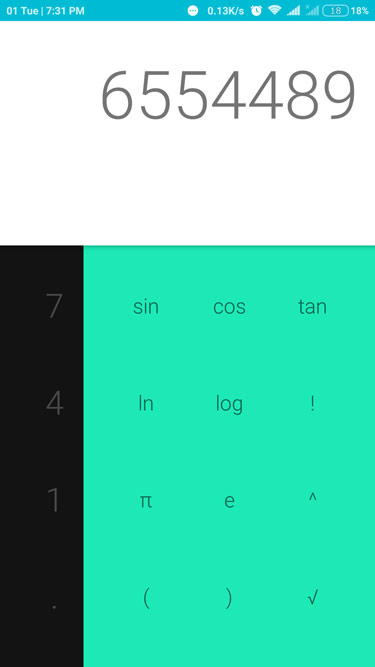 Just press the add icon and select the photos/videos to import into the app. No one will be able to see those media item unless you access them from this app. And, not to forget the disguising calculator is fully functional.

Tip: Disable the inbuilt calculator on your phone so that only the above calculator app shows up.

Well, if you are looking for a complete package of features in an app locker then AppLock is the best app locker app to go for. One of the unique features it provides is that you can set a specific setting like WiFi/Bluetooth to set at a specific state (on/off). No one can change the state without adding the passcode. You can also prevent others from picking up incoming calls, access settings of your phone, access Google play store and private notifications. 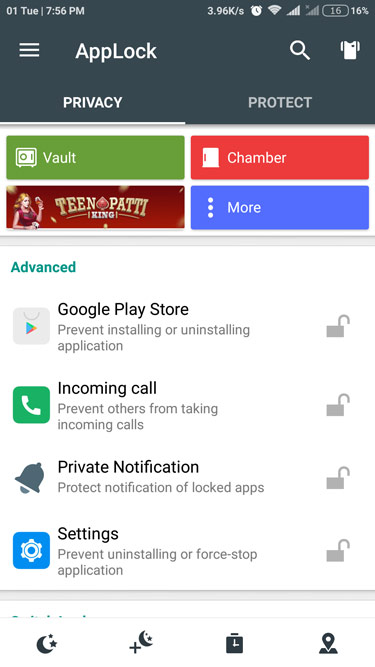 Apart from that, under ‘Chambers’ button, you get an Incognito browser, Private SNS to manage multiple social media accounts and Intruder selfie. Another feature is that you can set app lock for certain time and day, also, for specific location too.

It also has many unique themes to choose from. So, if you are into themes then this is the best app locker go for.

Well, if your phone is rooted and you want some extra functionality from an app locker then MaxLock might the best pick for you. MaxLock makes use of battery efficient event recognition rather than a polling service which is used by other non-root apps. 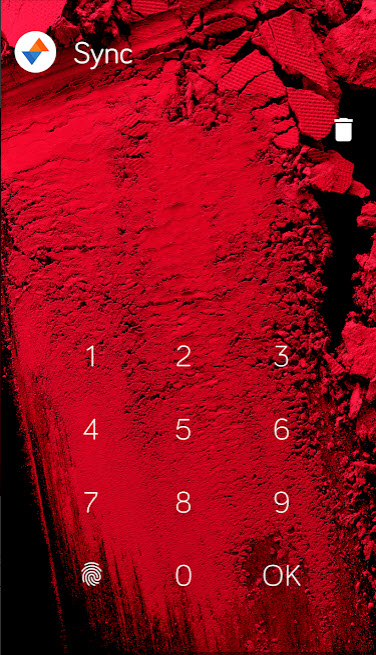 The app has two implementations for root and non-root phones. It will work for both types of systems. However, the rooted system will be more battery efficient. Some of its unique features include MasterSwitch to disable the app on the fly, tasker support and a widget. It also has per app locking type and option to hide notification on a per-app basis.

Use these Best Applock for Android

So these were some unique and best app lockers with no bloatware. Most of the apps have their own unique features but which one is the best one for you? Well, If you are looking for a feature-rich app locker I suggest you go for AppLock (#7) or Privacy Knight (#4) which has some interesting unique features like timer and location lock that can be very useful. If you want a simple and easy to use app locker then go for Material App Locker (#5) and for those that find fingerprint scanner to be handier, FingerSecurity (#2) is the best.

Apart from these third-party apps, most phones nowadays provide app locker inbuilt. So, using the inbuilt one isn’t a bad idea.

He's a PC Geek, Android Nerd, Programmer and a Thinker. He likes reading inspiring stories and to learn new scriptures. In his spare time, you'll find him looking for different ways to automate his Tech.