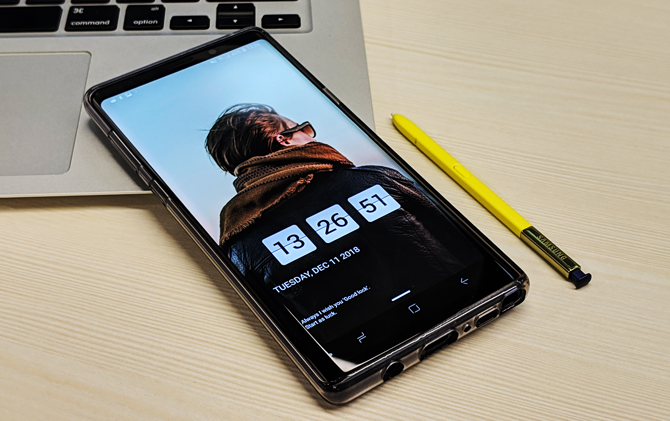 Samsung Galaxy Note 10 is as beautiful as it is powerful, with its Super AMOLED display, powerful Snapdragon 845 processor, 128 GB storage, and of course, the S-Pen makes it a truly SMART phone. But to use the device to its full potential, you need apps that make the best use out of Note 10.

Although there are plenty of features preloaded on the Phone such as the S-Pen remote, on-screen notes, doodling, etc. These apps do offer exclusive features but there is so much more than we can do with the apps in this list. So, here are some of the best apps for Galaxy Note 10 which enhances your Galaxy experience.

The Galaxy Note 9 comes with a scribbling app that packs some of the basic tools like a pencil, a paintbrush, an eraser, etc. However, Sketchbook is a drawing and coloring app for professional artists, I can also use it to draw impressive art(hah). Sketchbook has a variety of tools and instruments which replicate the strokes almost identical to the real thing. It has rulers, layers, color bucket, etc. The Pen support disables the touch so you won’t accidentally ruin your work by touching it. 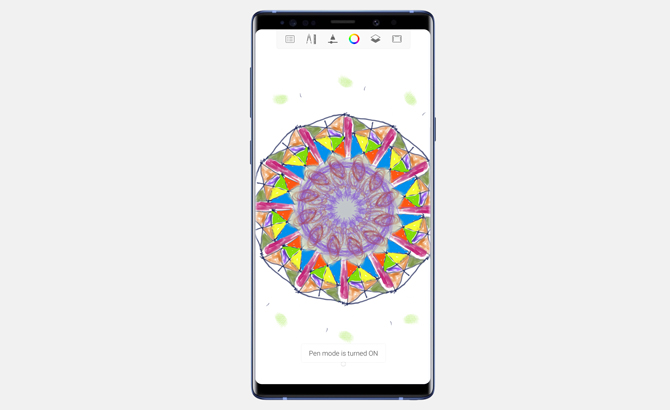 Note 10 is a great phone for quick note-taking but the inbuilt note app does not offer many features. This is where Squid comes in. Squid is a note-taking app that allows you to create notes, edit and modify PDFs. You can use the S-Pen to make the edits and highlight any changes with hand-drawn remarks. You can also choose from a list of templates ranging from standard notebook layout, graph, to music sheets and create your personal notebook. Also, you can sign your PDFs with the S-Pen and that’s pretty neat. 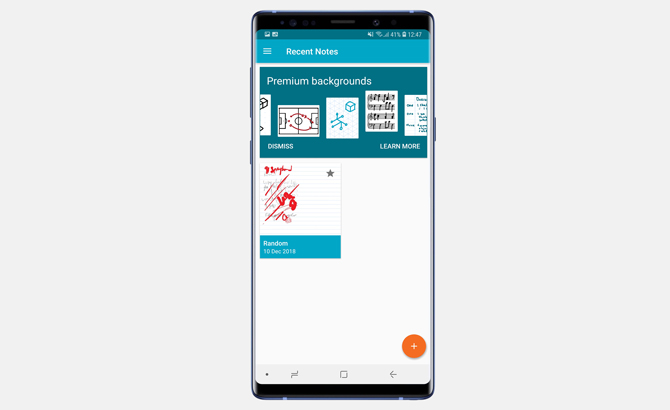 The Bixby button on the Note 9 is perfectly placed for accidental pressed. Thankfully, you can remap the button to something other than Bixby. Enter Bx Actions, it is one of the few apps that remaps your Note 9’s Bixby button to any app you want. For instance, you can control media, launch Google Assistant, and much more. The app also, let’s you choose two different actions for the Bixby button Single press and long press. The button would launch different apps depending on if the phone is locked or unlocked. Also, you can map the volume buttons just like the Bixby button on this app. 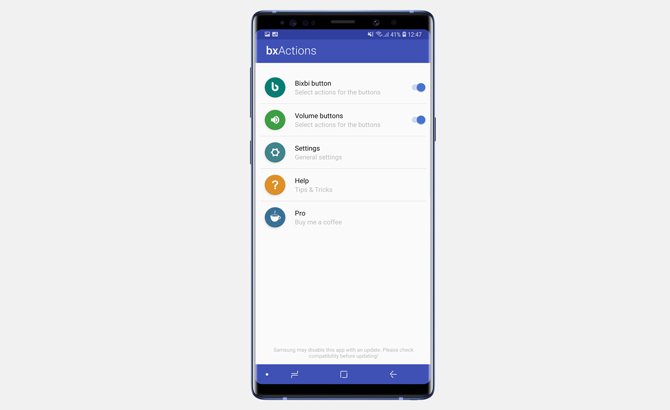 Note Buddy is an app which automates your S-Pen removal action and Headset removal action. You can map an app with an action whenever you plug in headphones on your phone. Confused? The app detects if the S-Pen has been removed and based on that it invokes an app. For example, choose your own sound effects or launch your favorite music app, when you remove or insert the S-Pen. 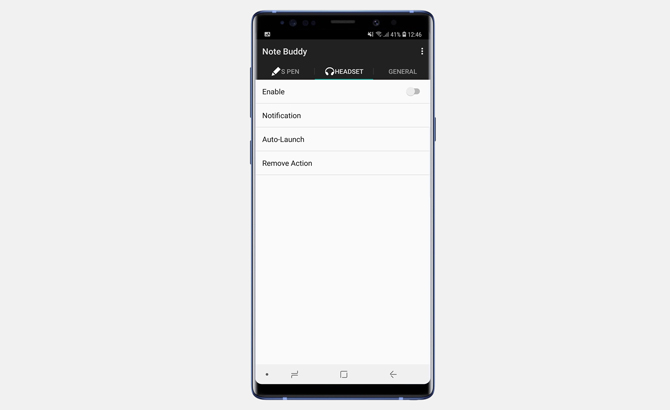 Have you ever accidentally played a loud video in the class and the volume bar decreases the ringer volume instead of media volume? Samsung has created an app to solve this problem. Sound Assistant allows you to add a custom media volume bar for every app. In simple words, if your media volume goes from 0 at the silent mode to 10 at the highest volume. You can set level 3 as maximum volume for Instagram and 10 for the Spotify app. Now, if you’ll have to press the volume rocker 10 times to go from muted to 3 volume in the Instagram app but doing so in the Spotify app will take you from mute to volume 10. 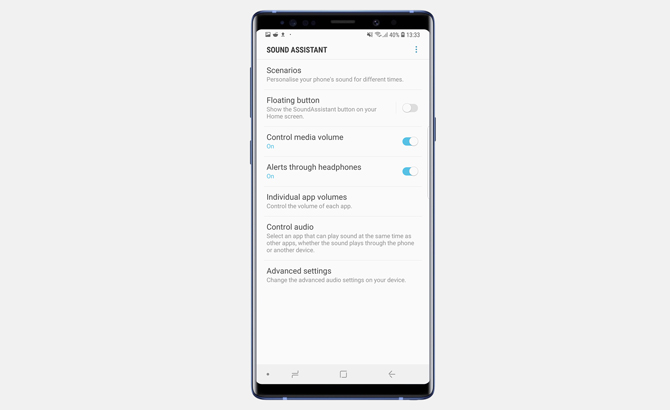 You can set scenarios as to how your phone would sound during work hours or nights. Also, you can play sounds from multiple apps simultaneously with this app and that is really impressive.

It’s a shame that the TouchWiz UI doesn’t take advantage of the massive Super AMOLED display on the Galaxy Note series. Enter Good lock, another underrated app from Samsung that does multiple things. It has four tabs apps, contacts, bookmarks, and wallpaper. You can add frequently used apps on the tab to access them quickly. Good Lock can be customized to your needs and you can keep it minimal or make it intricate like a clockwork. All of this is accessed from the lock screen, how cool is that? 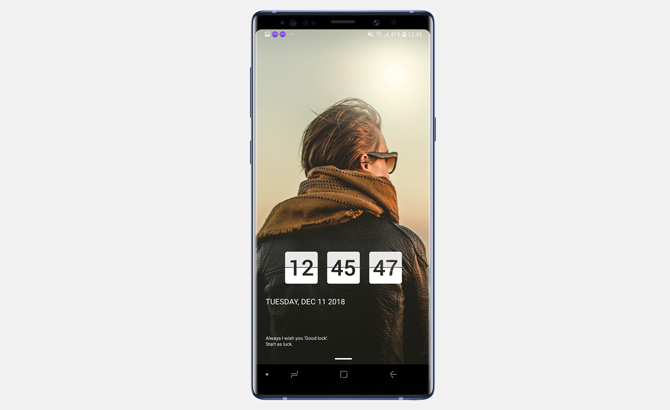 Note 9 is one of the few smartphones which gives you an option to save RAW files, you also need an app which supports RAW. Snapseed is a photo editor by Google which also lets you edit RAW files. I recommend Snapseed for its sheer number of tools and the level of customization this app offers with such a simple layout. You just tap to add a picture, select a style and start editing. There are 28 different tools where every tool tweaks the image differently. You get curves, WB, perspective, tonal contrast, etc. These are just to name a few. With Snapseed you can bring the most out of your RAW files with just your smartphone. 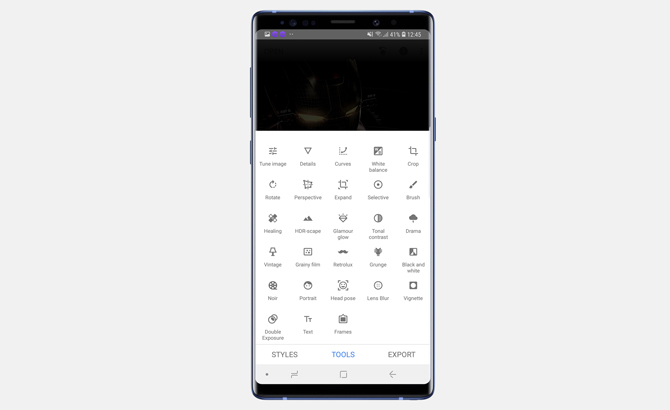 The huge 6.4-inch display on the Galaxy Note 9 can be a little too much to use with one hand. Yes, Samsung One UI is going to make it easy in the future, but till then you can try this next app.

Reachability cursor is an ingenious app that makes one-hand navigation so easy. It works like this, you install the app and grant necessary permissions. Now, if you swipe from the edge of the screen it would pull up a contraption of a pointer and a touchpad on the screen, as you swipe on the pad, the pointer moves in sync in the upper half of the screen. Look at the GIF below. Smart isn’t it? 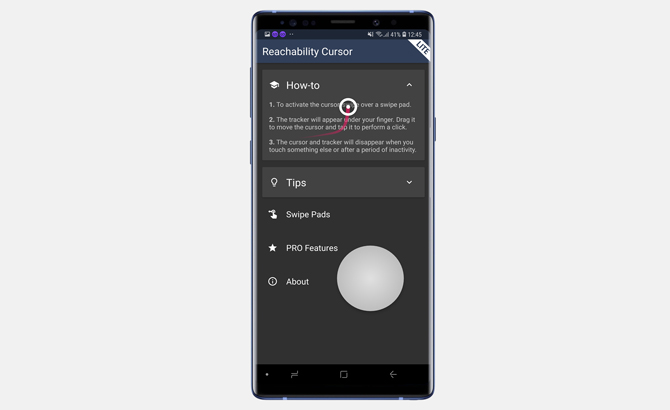 The clipboard on the smartphones still hasn’t caught up to the ranks of the macOS. Clipboard Pro lets you save and view multiple clipboard clippings. It works in the background and every time you copy something on your clipboard, it goes right on the Clipboard Pro. Now, to access, just tap on the floating dot somewhere in the corner and select your clippings. 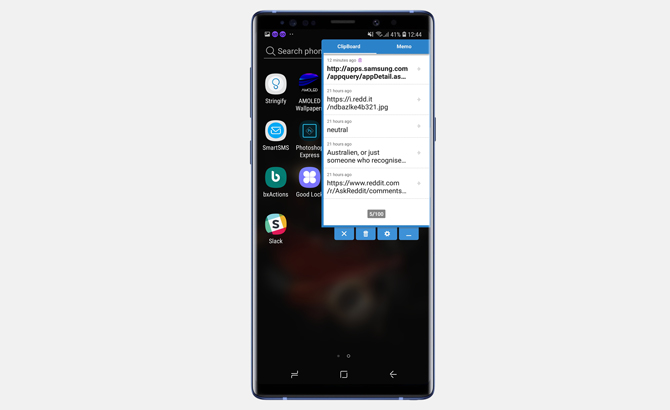 The Super AMOLED screen on the Galaxy Note 9 is simply gorgeous. And the usual wallpapers don’t do enough justice to the screen. The AMOLED wallpaper app gives you a list of customized wallpapers for Note 9. You can choose from a variety of categories and set the wallpaper on both the home and lock screen. 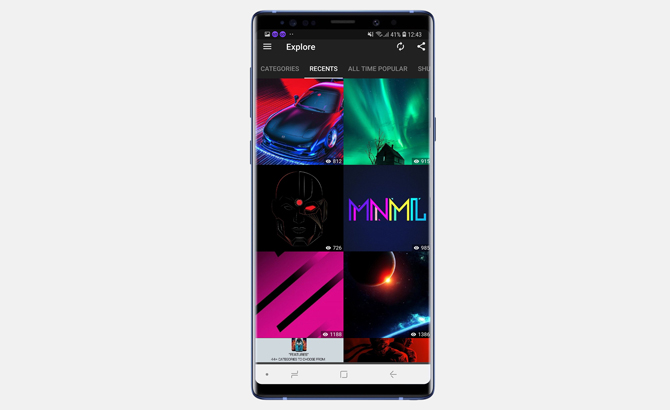 Most of us have multiple social media accounts including Whatsapp, Instagram, Facebook, etc. With the exception of Instagram, you can’t use multiple accounts on your phone. While smartphone manufacturers have included these features natively, One Plus has it. Samsung still hasn’t caught up to it. With this app, you can create multiple instances of an app and use it exclusively for your other accounts. 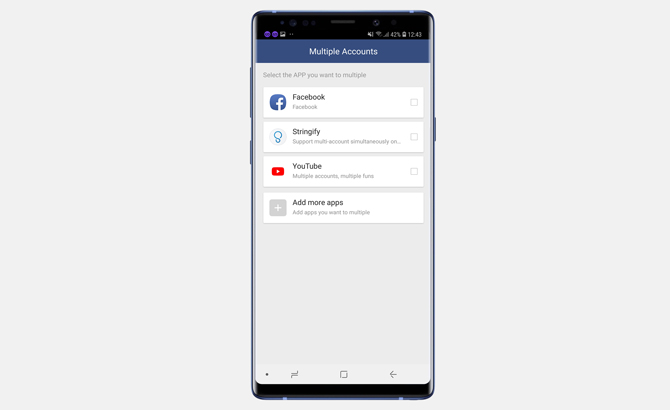 The best game for the Galaxy Note 9 can be subjective and you can have a different opinion than me. Fortnite is the best ongoing multiplayer game of 2018. It was released exclusively in partnership with Samsung smartphones and plays really well on Note 9. If you don’t play multiplayer games check out our list of best games for Galaxy Note 9.

The Galaxy Note 9 camera isn’t meant just for exceptional photos, you can use it as a document scanner as well. Adobe Scan is a document scanning app that creates a PDF document of scanned pages. The features include auto page detect, auto snapshot, auto-brightness, etc. This makes the document scanning process autonomous and quick. You can sign your PDFs with the S-Pen in the Acrobat Reader. 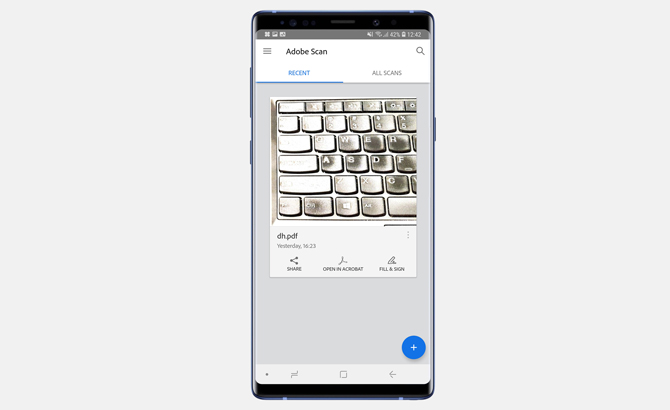 The upcoming game streaming from Samsung has been something to look out for. It allows you to stream PC games on your mobile and control the character with its on-screen controls. It isn’t, however, unique and according to reports online, Parsec is helping Samsung develop the service for Galaxy users. Just like Parsec, you can stream games from your computer and play it directly on your smartphone using WiFi, 4G, or 5G connectivity. 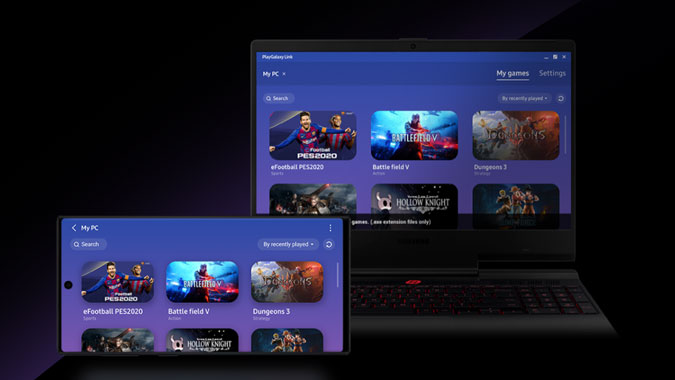 Setting up PlayGalaxy Link is simple, go to the Samsung website and install the program on your Windows computer. Do the same on your Note 10/10+ and install the app from the Galaxy Store. Right now, the service is exclusive to Galaxy Note 10 devices but it eventually will be released for other devices. If you don’t have a Note 10 and want to experience the streaming on your smartphone, you can still install Parsec and stream games from your computer right now.

The S-Pen that comes with Galaxy Note 10 has a built-in motion sensor to enable the gestures. This app takes advantage of the same hardware and aims at offering you a way to control your smartphone with the S-Pen. The app is not very polished and is more of a proof of concept but an interesting concept nevertheless.

The app reads the value of the gyro sensor in the S-Pen and translates it to a command for the cursor to move on the screen. You can use this app to navigate the smartphone and control it wirelessly. The app is free on the Play Store.

Which are the Best Apps for Galaxy Note?

These were some of the best apps that you can use on your Galaxy Note 9. Reachability cursor is a no-brainer when you want to use this phone with one hand, Sketchbook and Squid take advantage of the S-Pen to offer sketching and doodling. Note Buddy and Sound Assistant take advantage of the hardware buttons and jack to offer customization. Snapseed and Adobe Scan use the advanced camera to capture the most details. Tell us which app do you like the best on your Galaxy Note 9 in the comments below.

How to Configure Swipe Gesture on Google Messages

How to Save Photos Directly to Locked Folder...