Best Detective Games for Android in 2020 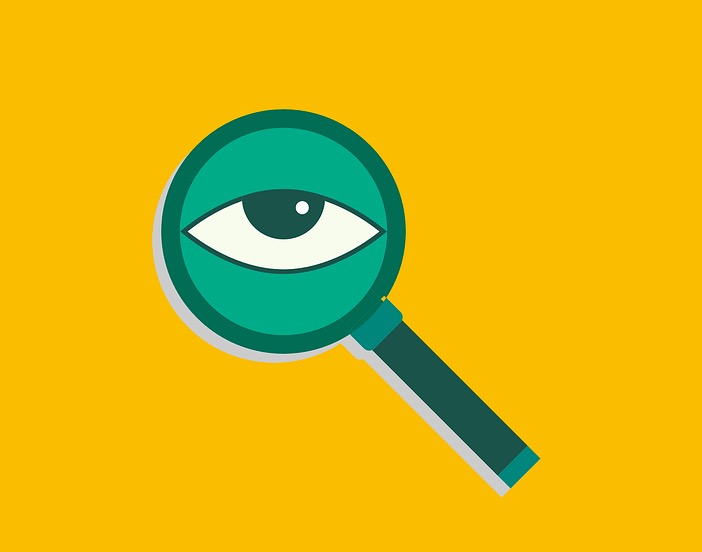 While there are plenty of detective games available for PC, such as L.A. Noire, Broken Sword, Sherlock Holmes: Crimes and Punishments, and many more. But if you simply want to solve a mystery on your phone? Well, Google Play Store has tons of games from very well made to some you sure should skip. So, if you’re excited to bring out the Sherlock in you out, I already did some interrogation to find the best detective games for Android in 2020, you can try right away!

It’s the most basic of detective games. We’ve even played find the difference in newspapers before. The game is simple, you need to observe two similar-looking pictures and find the difference. Rather than random puzzles, you’re given story plots and multiple investigations in them. The game gets harder because the clock is ticking and you have to solve each stage in under 2 minutes. All the levels consist of high-quality images, and you get hints by watching ads whenever you’re stuck.

I know the game sounds super easy, but for someone who just want to have fun without investing too much, this can be a good starting point.

Get Find The Differences 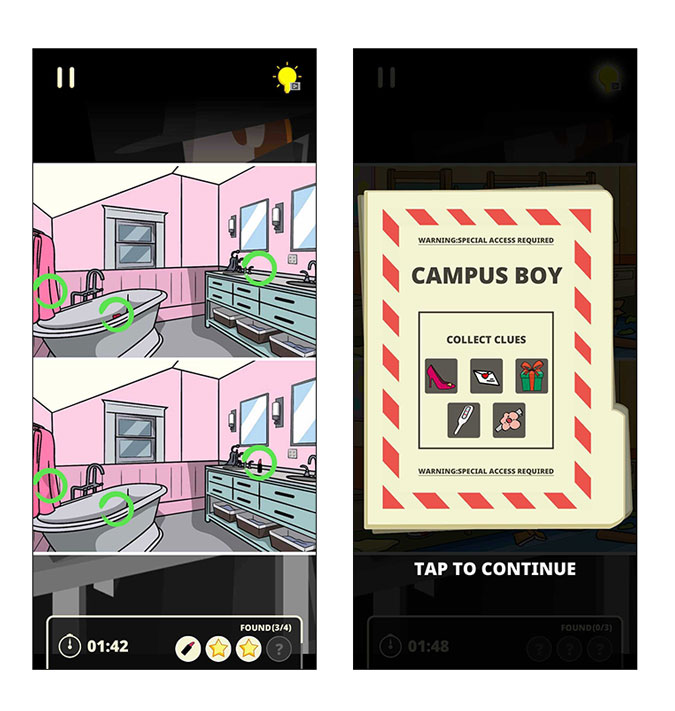 This app has over 190 storyline based puzzles, from murder mystery to theft. The app isn’t difficult but as you move ahead in the game, it does put your critical thinking skill to test. All you have to do is read the text, find clues in images and solve puzzles to come to a perfect conclusion. You unlock the next stage, only by solving the previous one. Unlike the previous apps, this one is a bit more tricky as you’re supposed to read the hints carefully and find faults with the photos.

Frankly, I played the game with the internet off, because the pp has full-page ads at the end of every stage. You can also remove the ads for $0.99, and also other in-app purchases for clues. 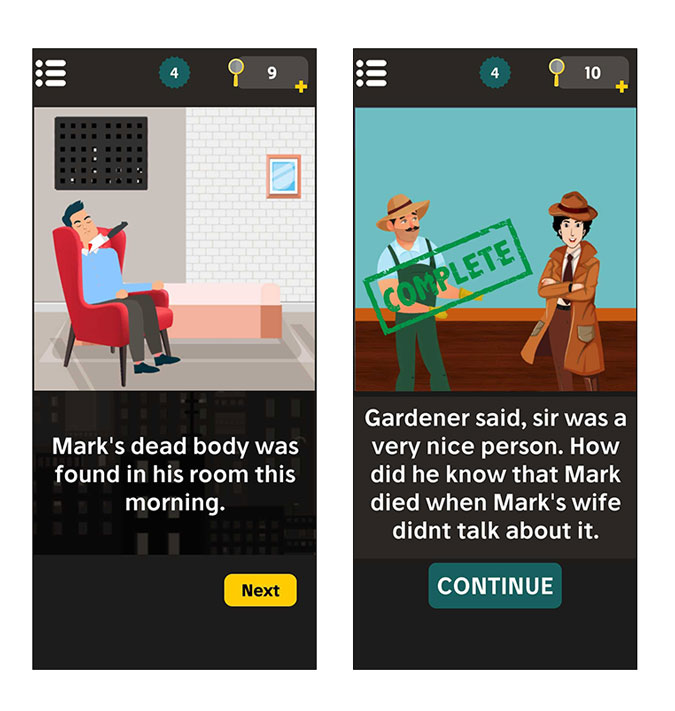 3. Who Is The Killer

The player is trapped in a castle with seven other characters, in which one member is killed by the murderer every day, your aim is to stop the killer before he finishes all. As you investigate the crime scene, your energy drops which are depicted by coffee cups. Besides investigating the crime scene, you also have the option to discuss topics with characters and interrogate them about each other. The game isn’t the most interactive I’ve found yet. The gameplay is slow, as you’ve to talk to all the accused in order to gain trust and information.

Ultimately, you’ve to accuse and arrest one character, but if you want don’t want to indulge in longer gameplay you can buy the instant arrest option for $1.99. (There are chances you’ll get this wrong and lose)

Get Who Is The Killer 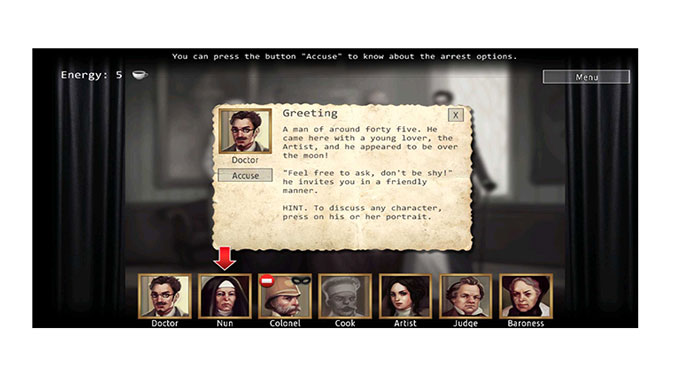 If you love other games by Prof. Layton, you’re going to love this detective game as well. As a detective, you are presented with a reconstruction of the crime scene. To investigate, you can zoom in/examine objects and add them to evidence. The game gives you a real-life detective feel, with the option to access evidence files, statements, accused info while you’re on the mission. Even though the gameplay is immersive and needs a lot of attention, excessive conversations between characters might bore you, as it did for me. But if you’ve had a rough day and want to solve this case with dedication, it won’t let your attention wander.

The first two stages of the game, i.e, The Hand Sandwich, The Bungled Burglary and the rest are available with in-app purchases. 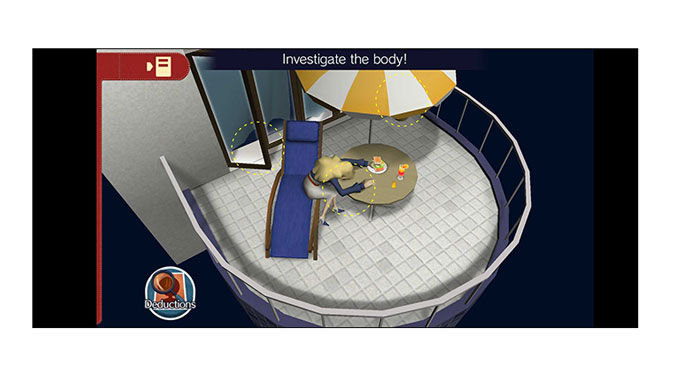 Consider this one a hybrid between escape room games and classic puzzles. It has a very exciting layout than all the other apps. It gives you a 3D layout of various places where the clues are hidden in the game. As a personal detective, you embark on a mission to find your missing father.  You’ve to apply Sherlock like logical thinking skills to find and solve clues to get to the next location in the game. The plot twists are easy in the initial levels but get difficult as you move ahead in the game. 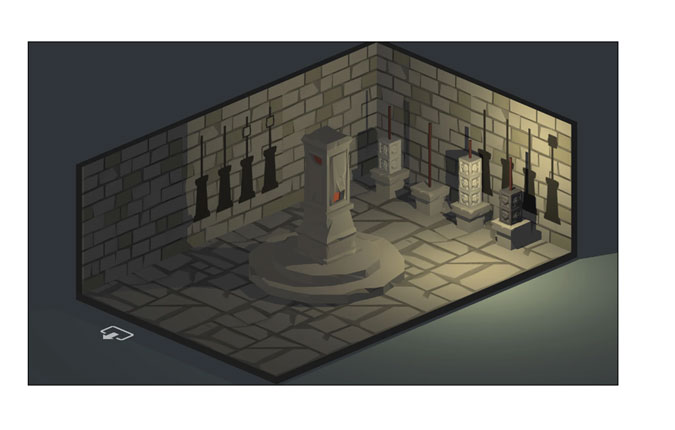 If you thought mobile detective games are easy and you’ll be able to solve the clues with a bit of more effort, this one will flex the detective muscle in you. Vigil’s gameplay is different from others as it takes place in real-time and follows an immersive story-line. The game borrows a lot of character from real-life detectives such as e-mail, messaging, forensic database, hacking, etc. This game can turn super-complicated at times. however, you can easily find walkthroughs and communities dedicated to it on the internet.

Since it’s so intricately made, I can’t really complain about the $2.72 one time purchase this game requires.

Get The Vigil Files

This one is probably the most critically acclaimed games in the entire post and has received various ‘Game of the Year’ awards. The gameplay involves the player browsing through a collection of videos in a police database. The aim is to solve the case of a missing man, by watching old videos of a woman (wife) and trying to unravel the clues. Since you’re looking at these videos in an old computer, you have the restriction to only search few at a time. The difficulty also increases as they aren’t in chronological order. So you have to connect the dots to find a meaning to these video interviews. The game mechanics are also stored in an old PC within the game.

Talking more about the plot will give away the story, however, what I can suggest is that buy the game for $4.5 right away, and you won’t regret spending on this game even once. 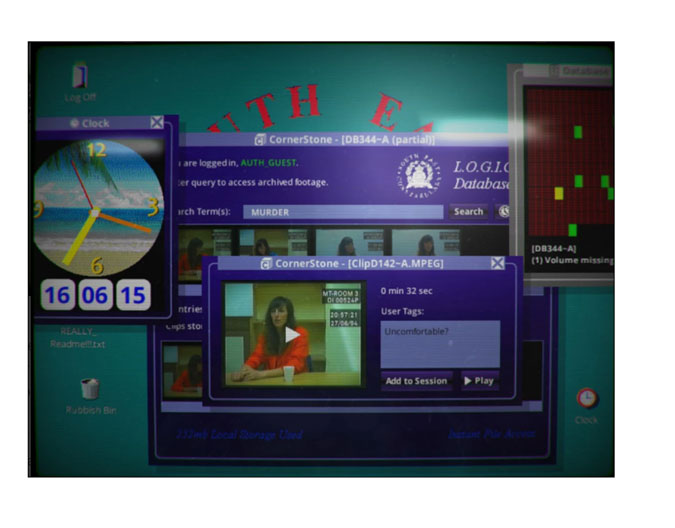 So, here were the best detective games on Android, that you can try right away. If you ask me, two highly recommended apps would surely be Her Story and The Vigil Files. Both of these have gripping gameplay and are very well designed to keep the curiosity high. However, both of these are paid. So if you want to skip paying and want an easy-going game, choose any between the first two, i.e, Find the Difference and Mr. Detective.