Learning to prototype with the Development Boards is fun and an awesome skill, but when you search for one on Amazon, there are 100s of results and almost all look identical. I’ve been there and it is indeed confusing that’s why I have curated the list of best development boards for budding hobbyists. Let’s begin.

What is a Development Board?

For the context of this article, a development board is a simple single-board computer that performs simple tasks by taking input from external electronic components such as a light sensor and generates output such as lighting up an LED. Instead of listing development boards designed for industrial use, I’ll focus on small and affordable boards that would get you started with prototyping and help you build simple DIY projects. The boards listed below are popular with hobbyists and have a strong community to guide you through any hurdles, I’ll link the forums and websites to every development board.

This is the first choice of boards for thousands of hobbyists including me. It is robust, easy to learn, and has a simple IDE. Arduino Uno is open-sourced and runs on an ATmega328P(16MHz) microcontroller. It operates at 5V which means you can also use it by plugging into a USB port of your computer. It has 6 digital and 6 analog input pins which allows you to connect multiple accessories and create comprehensive projects. 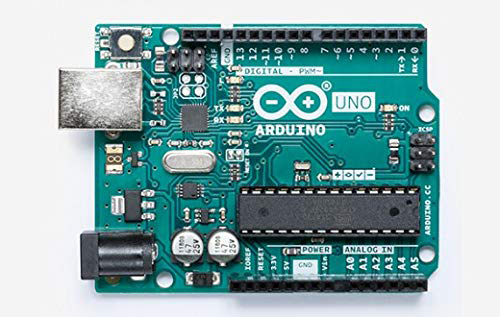 Programming an Arduino is extremely easy, Arduino IDE lets you write code in a familiar high-level language and then automatically convert it for Arduino. This ensures that you focus on building projects and let the software worry about ones and zeros.

The best part of using an Arduino is modularity. You can remove everything and start working on an entirely different project using different modules.

Based on the similar microcontroller as Arduino Uno (ATmega), lilypad is just a circular disc that houses all the electronic components. It works on 3.3V which means you can connect a tiny Li-ion battery and stitch it your clothes. 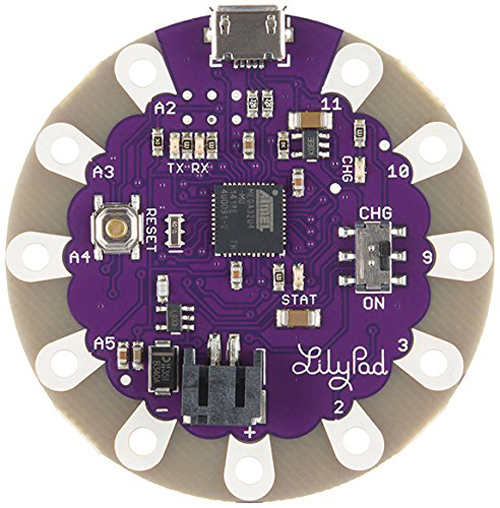 Even though it is considerably smaller than the Uno, it still has 9 pins so that you can connect different electronic components for a project. You can use the Arduino IDE to load the code on the lilypad and make wearable projects.
The only downside of using a lilypad is that it doesn’t have pins, so you’ll have to solder everything to the board making it less modular. However, usability and small size offset the cons.

Adafruit’s tiny microcontroller board is full of electronic components; you get 10 neopixel LEDs, one motion sensor, one temperature sensor, one buzzer, one infrared receiver, and 8 I/O pins in one lilypad sized board. You can essentially create so many projects without worrying about wires or purchasing the modules. It operates at 3.7V making it even more appealing to hobbyists. 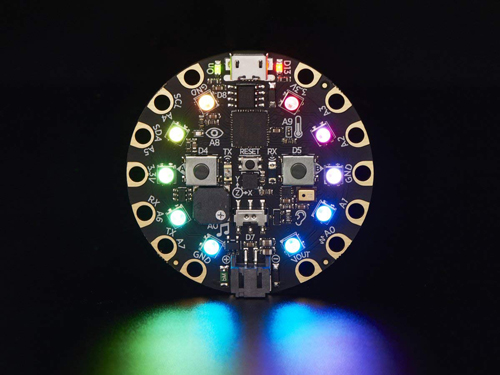 You can get WiFi-enabled Arduino boards as well but NodeMCU is the cheapest option to build projects that require wireless connectivity. NodeMCU is based on LUA programming language but you can still use it with Arduino IDE and get started with your projects. It has 10 GPIO pins to connect digital sensors and other electronic accessories. 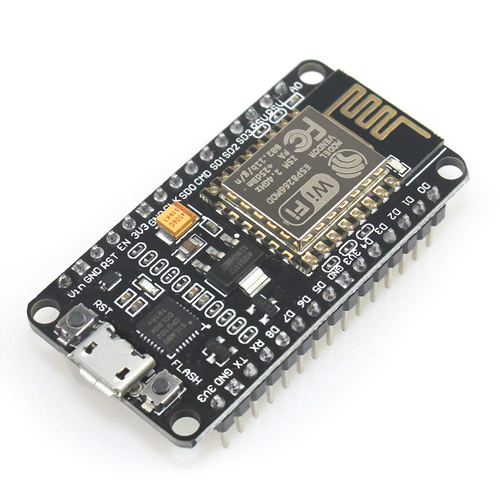 It is entirely supported by a community of hobbyists and developers who take care of the software part and maintain the support for the board with Arduino. If you wish to tinker with projects wirelessly then NodeMCU is the best option to start with.

Arduino and Adafruit development boards are decent choices to start prototyping but if you want more performance in a similar size then Teensy is the right choice. It packs in an ARM Cortex M7 chip clocked at 600MHz that makes it the fastest development board in this list. You get 40 digital and 14 analog pins making it suitable for complex projects. It also has an accelerometer, internal clock module, and power on/off management making it suitable for time-sensitive projects. 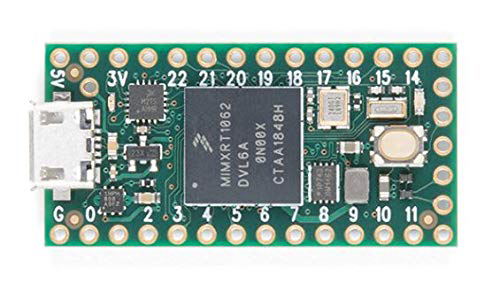 Even though it can be programmed with Arduino IDE, I would only recommend this board if you have used an Arduino board in the past and require high performance.

This tiny development board is slightly larger than an American Quarter and runs on an ATTiny85 microcontroller. It is the smallest development board that comes with a tiny bit of processing power and is great for building projects that don’t require complex computing. You can program it by directly plugging it to a USB port of your computer and loading the code through Arduino IDE. Despite being tiny, it can operate on 5V and you can even connect it to a 9V battery and it should hold up just fine because of the built-in voltage regulator. 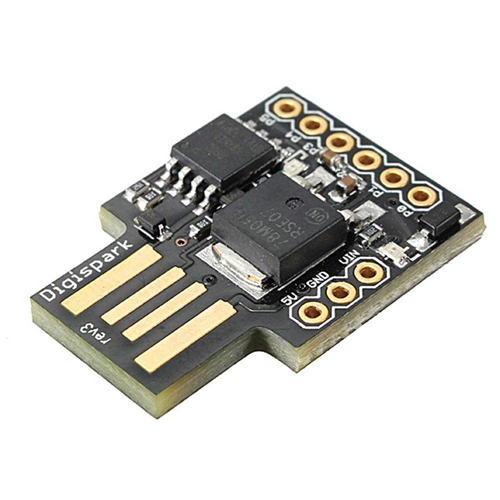 I’ve tinkered with ATTiny85 in the past and the only drawback of using it is that it doesn’t run the programs properly when you try to execute large programs, mainly due to its limited RAM (512B).

Raspberry Pi is technically a fairly advanced microprocessor board when compared to all the other boards in the list but it is still a viable option for hobbyists. There are more powerful Raspberry Pi’s that can even replace a desktop but if you want to build small projects, you can do that with the Raspberry Pi Zero. It runs a custom Debian based OS where you can write code in python and control sensors and other electronic modules.

It also has an inbuilt Wifi and a CSI camera connector which means you can attach a camera module and stream live footage from anywhere in your house. This is just one example but you can create so many other projects as the hardware is considerably more powerful than the microcontrollers.

The only drawback of using a Raspberry pi is that there is no dedicated IDE to easily program the board and you’ll have to code everything manually. There are plenty of guides and forums online that have all the possible answers so if you can put in the elbow grease to learn to code in python then Raspberry Pi is a no brainer.

What are you Going to Make?