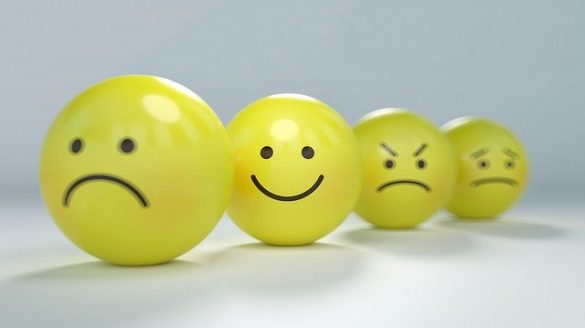 Emojis and animated avatars pop up everywhere. You have inbuilt emojis in social media platforms like WhatsApp, Facebook, Instagram. A lot of users also use it to make an emoji of themselves and use as display pictures. While all these emojis aren’t completely customizable, a lot of apps are there in the market that let you manually tweak the look and feel of these emojis. So If you’re looking to make a customize a simple emoji or make an animated one yourself. Here are the best emoji maker apps for iOS & Android in 2020.

Read How to Add Face Mask to Memoji in iOS 14

The first thing that comes into anyone’s mind while creating an emoji is if it resembles you. Avatoon works on the same lines and uses facial recognition to create your avatar.

The app scans your face and gives you options to customize the emoji. You can change the face attributes like hair, eyebrows, moth shape, and also clothes and other apparel. You have the sticker section with generic messages, pre-made,  that we tend to us frequently. You can also share the emoji on any social media platform right from the app, which is great.

The app comes with a 3 day trial for the pro version after which it costs $19.99/year. This removes ads, adds more cloth styles, and face attributes. 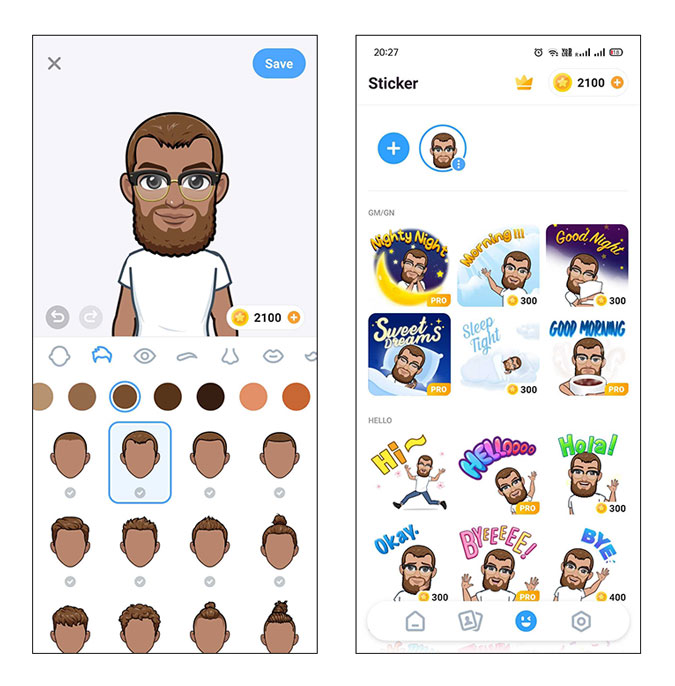 If you use WhatsApps keyboard emojis a lot, you’ll find a similar UI and layout on this app. A more keyboard like layout which is very easy to use and you can create emojis in a few easy steps.

The app essentially works with layers just like Photoshop. You’ve to select a base layer and upon it, you can select and add other things, such as eyes, mouth, ears, and other objects. I mostly like the tools section in the app which let you move layers, send it back or forward. You can also adjust and make the object blurred and reset it in one tap.

The app is free however to unlock more theme packs you can upgrade to pro for $2.5/month with a 7-day trial. 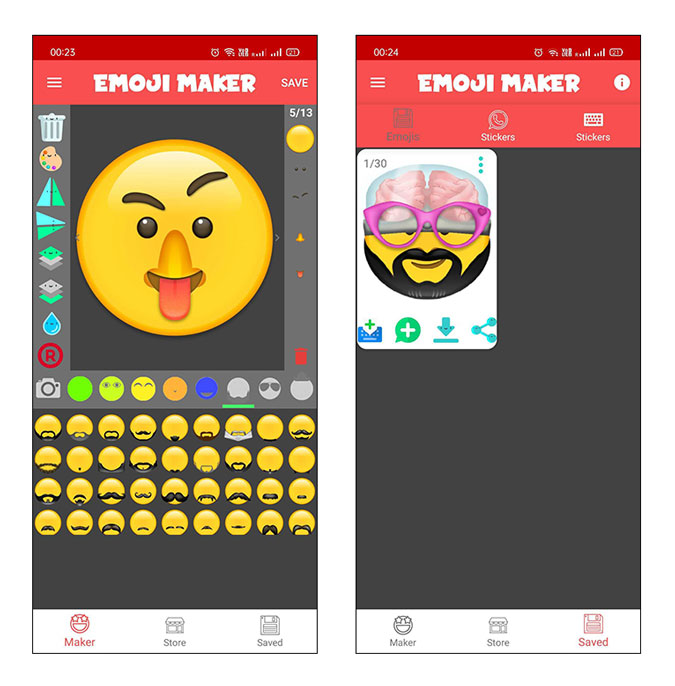 This one is similar to the previous one, both in terms of name and functions, but there is one major difference.

If you don’t want to use a static base layer, you can also add GIFs in the app. These GIFs are also available for other facial attributes such as eyes, hair, etc. Another major difference is the upload from gallery feature, which lets you pick any image from the gallery and pinch and zoom to adjust it to the frame. This way you can tweak your picture or your friends and share it with each other.

The app is free and doesn’t contain any ads which are great. On top of that, it also has free packs like painting, hip hop, wedding among other styles you can easily download and play around with. 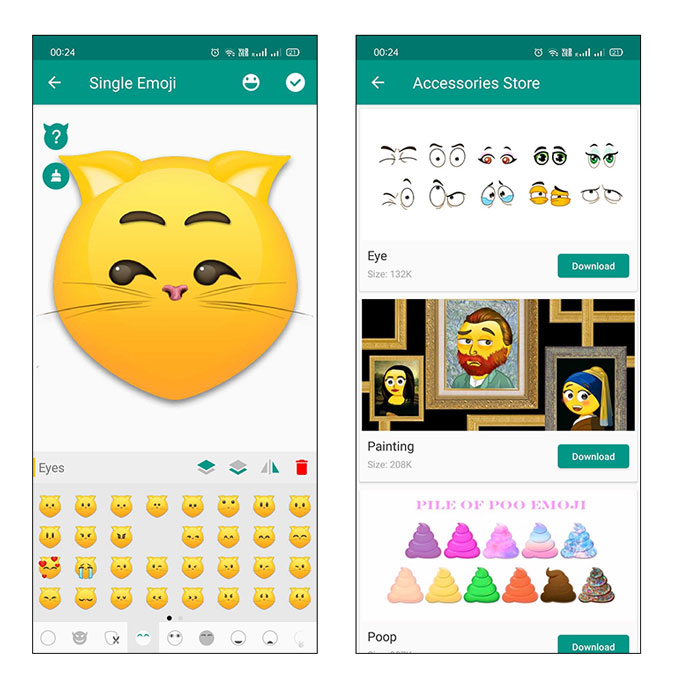 Since most of us use WhatsApp to chat with friends and family, This app saves you emoji straight on the WhatsApp sticker section. So it comes in pretty handy whenever you feel like using it.

This app has three cropping modes. The usual circle and square, but you also have the freehand cropping mode which is very precise if you have to make emojis out of the pictures lying in your gallery. The tool magnifies when you move the cursor and you can also use the feather option to adjust the blur on the edges. The app has a great repository of objects like beard, hair, glasses, etc.

So if you want to make quirky emojis of your friends and family, this app is the one should go for. There are ads and some packs are locked but they can be invoked by watching an ad. 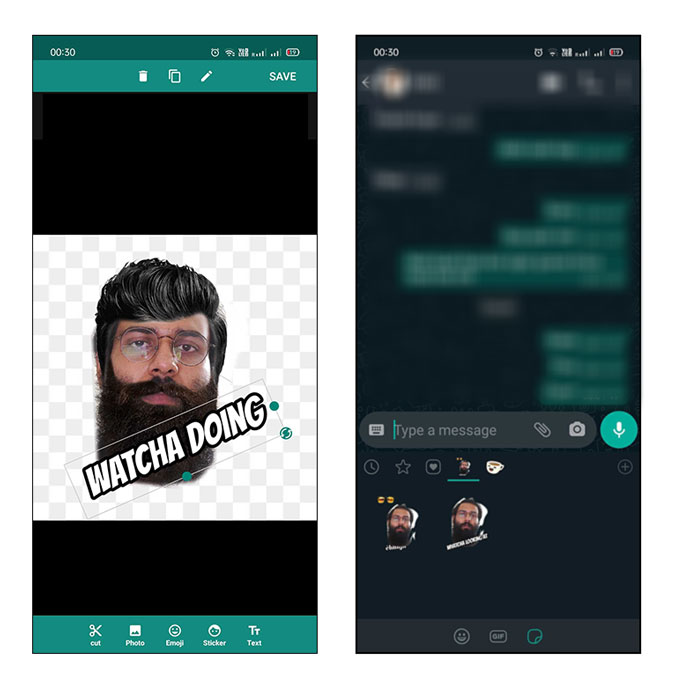 If you’re a heavy Snapchat user, you must’ve already heard about Bit Moji. It’s been around for quite some time, and Snapchat acquired it back in 2016, which means that you can sign-in easily with Snapchat.

Keeping that aside, you can also use the app with your email ID. The app’s UI is very refined and has multiple customization options for the face and body and also a dedicated section to costumes. What places this app differently than any other app is that you can use Bitmoji for games and if you’re a Snapchat user, you can also access the Friendmoji, which personalizes Bitmojis between you and your friends. You can use it with the Gboard integration and it also works fluently with iMessage.

The app has an inbuilt Bit Moji store, so you can put your Bit Mojis on T-shirts and other products and other them to your doorstep. 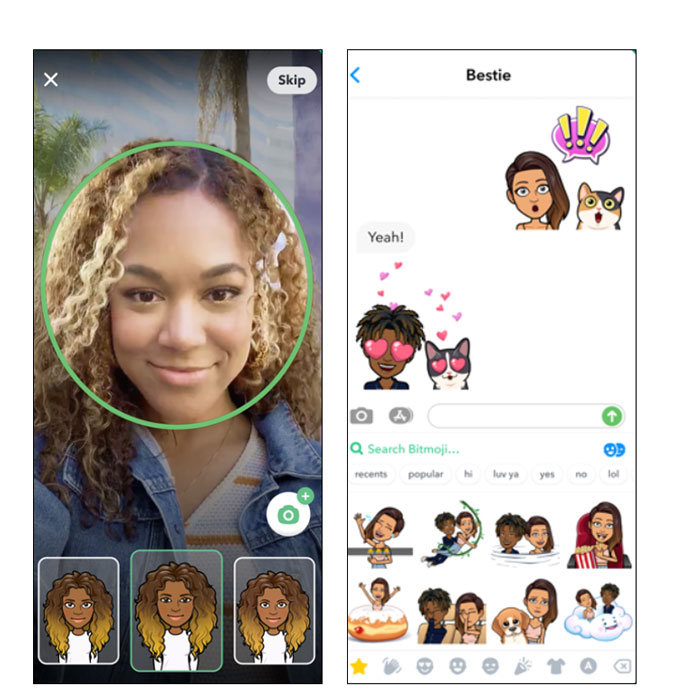 If you’re on the web, you cannot use the apps listed here. One option is to search for an emoji or use the emojis available on the platform you’re using. But that can be confusing at times and chances are you won’t find the right emoji you’re looking for.

This website has tons of emoji options well sorted into categories that you can choose from. You can also use the search bar to look for a specific emoji. When you’re done, all you have to do is select the emoji and copy-paste it in the text section of the web app and you’re done. On top, you can also have an advance search option that redirects you to Emojipedia which has the emojis listed in the Unicode standard and is updated regularly. 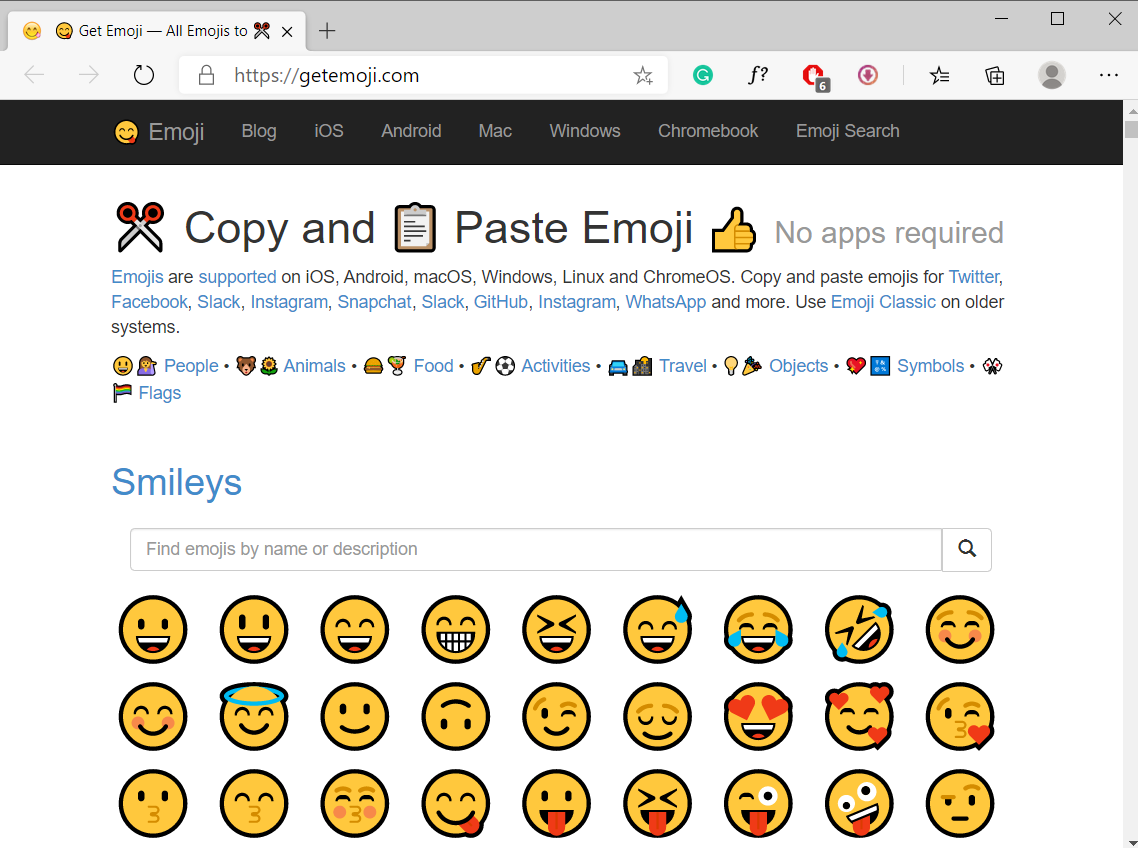 You can use most of the above apps to enhance your chats by using emojis, but mostly it’s a long process of creating ad editing emojis according to your choice. But you do have an option to replace your keyboard so you’ve various emojis on your fingertips

The keyboard also has an inbuilt browser, meme search, GIFs, sticker options, and even a YouTube integration. 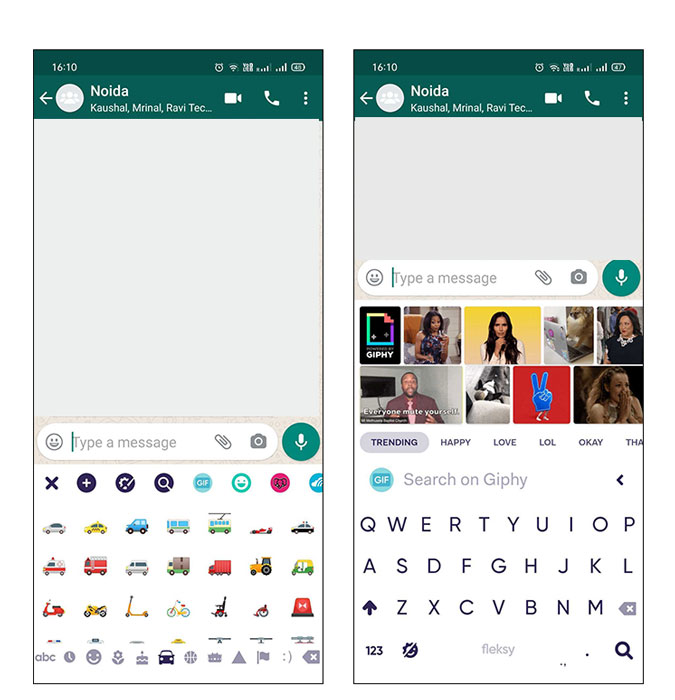 So, there were some apps which can help you create either a basic emoji or a more interactive avatar styled emoji of your self. Apps like Facebook and Snapchat already have inbuilt features where you can make use of these emojis. In a recent update, Gboard has also integrated emoji suggestions on top of the keyboard as you type. So, if you want to up your emoji game, I highly suggest you use BitMoji if you’re a Snapchat user or WeMoji which saves these directly in the sticker section in WhatsApp.