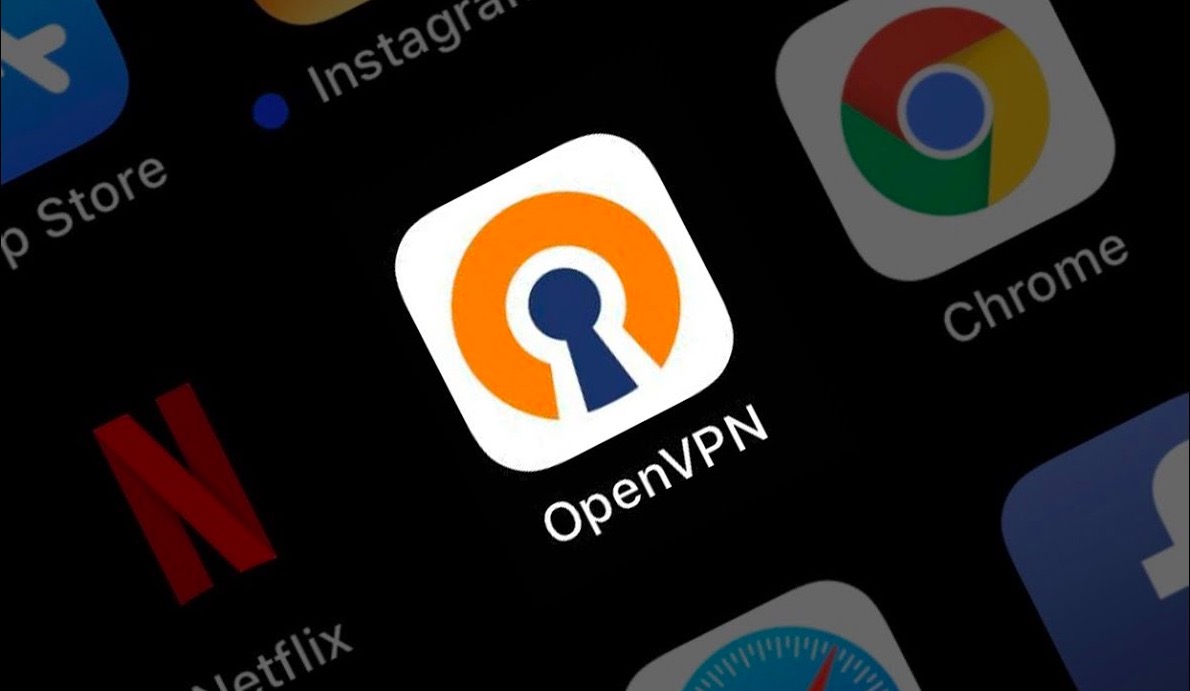 While there is no shortage of free VPN apps for Android and iOS, most of them either sell your data or contains malware ads. A few years ago, it was revealed that 84 percent of free VPN apps on Google Play Store leaked users’ web traffic, while the rest have malware in them.

And it makes perfect sense, why would a VPN company give you something for free, when they themselves have to pay for the servers. And if users are not paying for servers directly, free VPN services, naturally, find other ways to monetize, either bombard you with malicious ads or selling your browsing data to 3rd party service.

So, free VPNs are not worth the risk. I instead prefer to go for reputed VPNs with a direct revenue model. With that out of the way, there are still good free VPNs out there, with the freemium model i.e. a part of service is free and then you have to pay for premium features. Here are some of the best free VPNs that we recommend at TechWiser.

If you are looking for a system-wide VPN service go with proton VPN. ProtonVPN is made by the same CERN and MIT team that created the secure email service ProtonMail. Simply download the VPN client on your phone, turn it ON and all your internet traffic will be routed through secure servers. The cool thing about Proton VPN is that it offers unlimited VPN for free, with a speed limit of course. If you are wondering how do they make money? Well, they have premium options that offer better speed starting at $4. 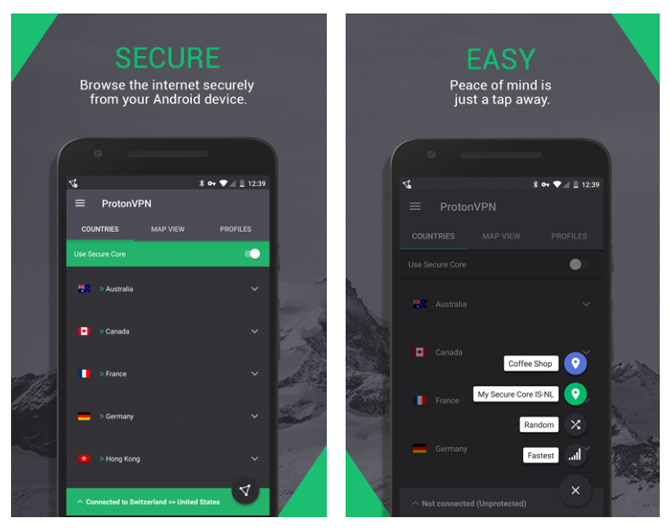 While VPN does help you to unblock geo-restrictions, there is no denying that it also slows down your Internet connection. So, if you are looking for something that not only gives you privacy but also doesn’t compromise on your speed, then you can use service like Cloudflare DNS. Just like a VPN app, you download it, tap on connect and it’ll override your ISP DNS to that of cloud fare i.e. 1.1.1.1. Now your ISP won’t be able to see what you are browsing, and it also bypasses country censorship like when the Indian govt banned sites that rhyme with corn.

Update: Cloudflare’s 1.1.1.1 comes with a VPN service in addition to the existing features. You can choose to connect to the app via DNS or VPN now and you’d get similar protection over the internet. While it does offer Security, you still won’t be able to bypass geo-restrictions on sites like Netflix and other media streaming services. If you upgrade to WARP+ for $4.99/mo, you’ll be able to browse faster while still being protected. 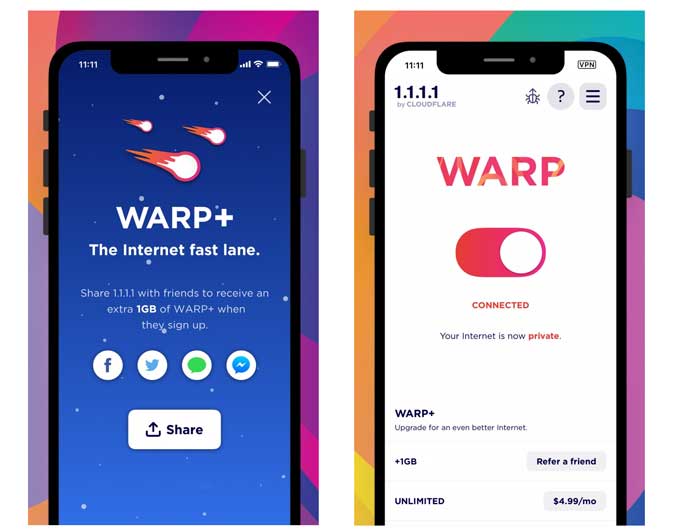 Tor should not be confused with a VPN, which essentially is a encrypt your connection. Instead, Tor (short for The Onion Router) is a network of encrypted nodes around the world that relay your web traffic to provide you the same level of security and privacy that you get from a VPN. And as you can guess by the name, Tor Browser for Android uses the Tor network to give you anonymity and remove geo-restrictions in some cases.

Tor is free to use, but since your traffic is bouncing through 3 different notes around the world, the connection is extremely slow. Not suitable for video streaming. 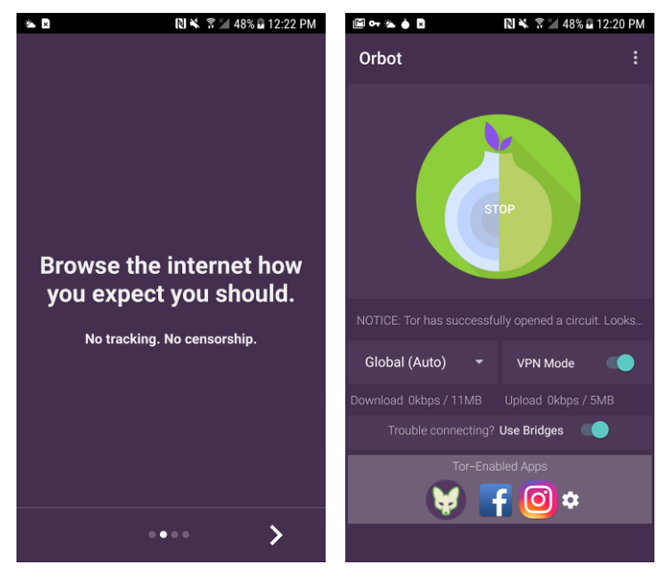 Check Out Tor Browser for Android

Opera Beta browser, CloudFlare, and Proton VPN are few free VPNs that one can possibly trust. But more often than not, if you really want a good VPN service you’ll have to pay for it. For example, no free VPN can bypass geo-restrictions on Netflix or offers unlimited high-speed connections. They also don’t support torrents network.

We use Smart DNS Proxy VPN at TechWiser.  Or you can consider freemium VPN apps such as TunnelBear. Which over a part of service for free i.e. up to 2 GB and then you’ve to pay to get the rest. And then there are other paid VPN such as Express VPN, NordVPN, TorGourd, etc. Most of them cost $3-$5 per month and tons of extra features that you won’t get in any free VPN. Just make sure to research it better because often VPN companies influence their app reviews 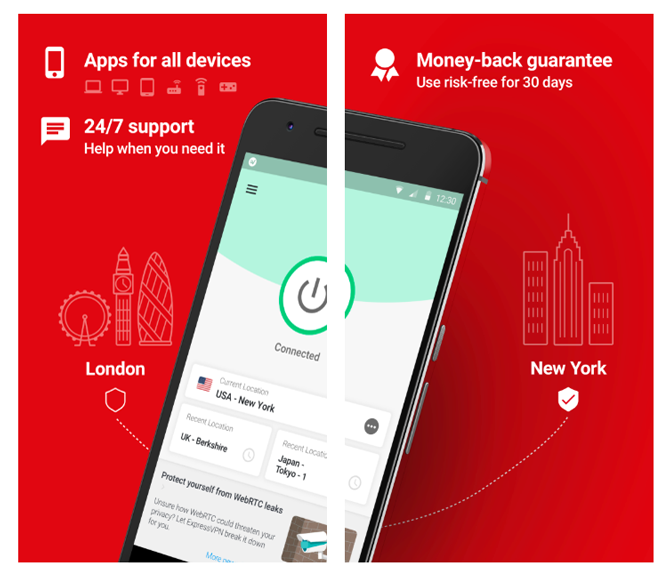 5. Create your own VPN

Along with a paid VPN, I also like to create my own VPN. The reason being, if you get a paid VPN, there is no way to be sure, if they won’t log your IP address or sell your data.  You just have to take their word for it. Yes, you can create your own VPN server, and unlike what it sounds, it’s pretty easy and take less than 5 mins.

Here is an in-depth step by step guide on how to create a free VPN. In general, you need to create your own VPN server, you need to rent server space, for this, you can use web host like the digital ocean, AWS or Voltur, etc. Simply create an account, choose a location – like the US, the key is to run an open VPN on the server, which will configure everything for you, next choose a package and deploy for the server. It will take a few minutes to start the server, but once it did, it’ll give you a user name and password. Simply type this username and password into any Open VPN app and click on connect. And there you go, now you are connected to your own VPN.

Read: Vpn Protocol Explained – PPTP vs L2TP vs SSTP vs ikeyv2 vs OpenVPN 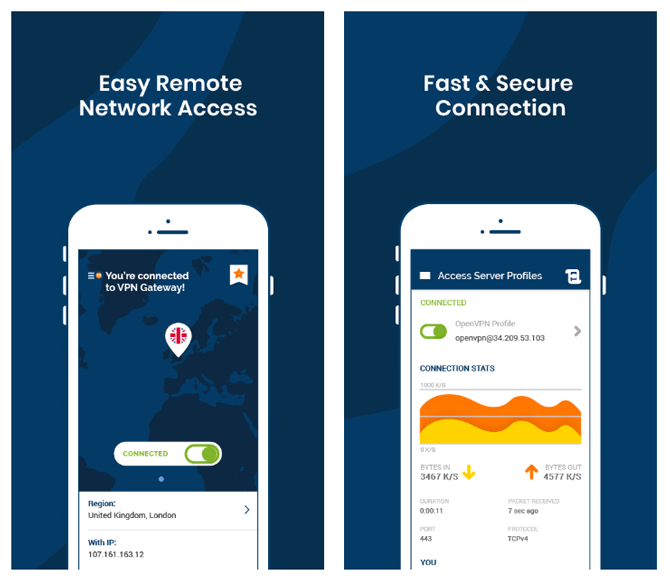 So, those were some free and paid VPNs that you can actually use. Opera VPN and Proton VPN are good free VPNs with a decent privacy policy, but more often than not paid VPN is what you need. Or might as well create your own. Overall, always choose a VPN you trust – The one that doesn’t have a fishy revenue model. On second thought, this should be the case with everything in life, Isn’t it?

Let me know your thoughts in the comment section below.