8 Best Funniest Subreddits to Find and Share Memes and Jokes 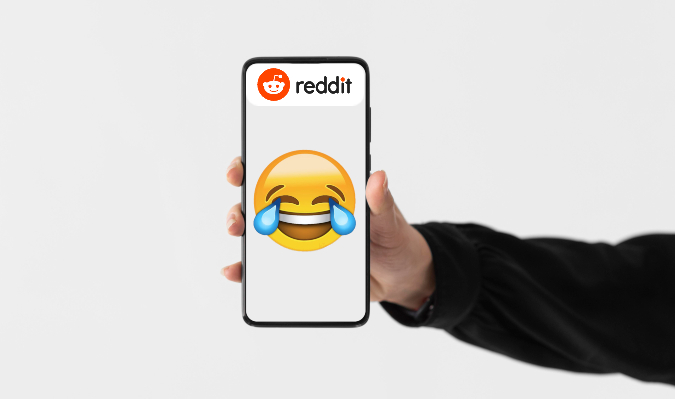 Let’s face it. Every social media app is filled with memes and jokes. Memes are interesting images or videos that are edited in a way to add humor or sarcasm to a situation or event. Having a bad day? Memes and jokes can surely help you lighten your mood. Reddit is a platform that is used by many to keep themselves updated with the latest trends. Registered community members share text, images, and direct links to funny and interesting memes and other content. I have been a user of Reddit for quite some time now, and have subscribed to some of the funniest subreddits for memes and jokes. Here are some funny subreddits that I found but there could be more. Reddit has literally thousands of subreddits.

If you are on Reddit and looking for some funny subreddits, then you should definitely follow r/memes. It is one of the oldest subreddits catering to the memes and jokes genre since 2008. With over 15 million members, r/memes has memes and jokes for all. Be it trending memes, controversial memes, hot memes – you name it.

The memes are not only funny, but sometimes they are educative too. The r/memes subreddit community is fairly active and you will find thousands of new memes and jokes added every day. In my opinion, it is a must-follow subreddit on the Reddit platform for memes and joke lovers.

Social media apps like Instagram and YouTube are filled with DIY (Do It Yourself) videos. You will only find about 0.01% of the things useful created by the guys and girls on these DIY channels. Rest is either unhelpful or not relevant. If you also find these DIY channels annoying, let’s turn them into our laughingstock, shall we? For that, you must follow subreddit r/DiWHY.

With over a million members, the DiWHY subreddit hosts images and videos of DIYs that are far from perfect. In fact, they are quite funny. Think you have seen all the bizarre DIY projects on social media? Well, check out DiWHY.

I have come across some of the funniest memes and jokes on r/therewasanattempt subreddit. It is a meme subreddit that makes you laugh at failures. Yes. As the name suggests, you will come across various memes where people or animals are failing to attempt something.

We, as humans, have a tendency to laugh when people fail at something. This subreddit provides you with such memes where you see a person or animal fail at what they are doing. This subreddit is followed by over 2 million members and the community is quite active.

If you love animals, especially dogs and cats, and their stupid little cute acts, then r/AnimalsBeingDerps is one of the funniest subreddits that you must follow on Reddit. I love watching cat and dog videos on YouTube, especially when they act funny. Well, this subreddit will give you those light funny moments.

The subreddit is followed by over 3 million members and you will find a ton of images and videos shared by the community of their pets acting silly. This subreddit is not like those offensive pages you sometimes come across on Reddit. Besides, the posts on Animals Being Derps are both cute (for animals, of course) and funny.

Well, well, well, r/CrappyDesign has some of the best literally crappy architectural design photos. The images will definitely make you think, “They had only one job, and all they could come up with was this???.” The photos not only has bad font choices or graphic designs, but it also includes funny photos from everyday life as well.

It is followed by over 2.5 million members and the community is pretty active. This subreddit will definitely make you laugh or bring a smile to your face with its content.

More often than not, something funny happens when you are least expecting it. One of the funniest subreddits that I follow is r/PerfectTiming. This subreddit has perfectly timed photos of unexpected situations or acts. Like a perfectly timed shot of a baseball hitting one spectator’s beer, right before it is about to spill, or an unexpected shot that replicates the picture printed on a cup (both images are attached below).

The subreddit is followed by over 1.5 million members. Not all the images or posts shared in this r/PerfectTiming subreddit are funny, but they are definitely cool. You will also find a lot of photobombed pics in this subreddit.

This subreddit has the word “memes” in it, and you will surely find a ton of funny memes that you can share with your friends. With over 4.8 million members, you should check it out.

Most of the memes have double-meaning, but they can trigger a laugh, at least when you are alone. But that does not mean everything is double-meaning. I have come across several relatable memes on this subreddit that actually make sense.

This subreddit surely deserves a place on this list. It has a huge collection of memes posted by members that are popular across the globe. The community lets you filter the memes based on flair including NSFW, WTF, LOL!, etc. Just like other meme communities, the memes on r/Memes_Of_The_Dank will surely get your ribs tickling.

Memes-of-the-Dank has been live on Reddit since 2016 and has over 708K members. Memes are well-formatted, providing an easy ride in the navigation. Overall, you will find a good collection of memes, both in photo and video format.

So, that’s it from my side in this post. Note that these are some of the funniest subreddits that I follow on Reddit. Surely, there are other subreddits that will provide you with memes and jokes, maybe better, but these should get you started and keep you going and laughing. Until the next post…Cheers!

My work has been published on Android Authority, Android Police, Android Central, BGR, Gadgets360, GSMArena, and more. A Six Sigma and Google Certified Digital Marketer who is covering tech-related content for the past 2 years.