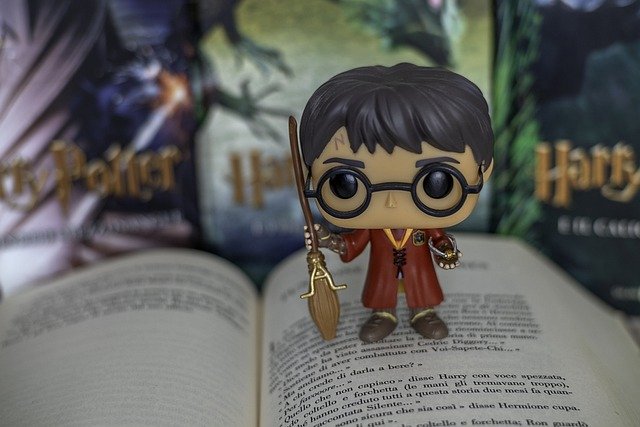 There is hardly anyone who wouldn’t love the fantasy magical world of Harry Potter. It’s still my favourite so much so that I read the entire series again in lockdown. What next? I started playing games on my Android phone to test my Potter knowledge and even got sorted in one of the four Hogwarts houses. If that rekindles the wizard in you, get your brooms and brace yourself. Here are the best Harry Potter games on Android you should try right away!

Have you ever thought, how cool it would’ve been to wear a sorting hat that shouts, GRYFFINDOR! Quite frankly I have, but since we’re digital, you can use this app to do that with your phone. The game is filled with 33 questions after which you’re assigned a house along with the option to give preference (try your luck). If you’re still curious about which wand you’d get and your Patronus shape, there is a quiz to determine that as well.

The games are not just that, but you can also play text-based games and generate a wizard name according to your gender.  This app comes free and has no ads which compliment the minimal UI. 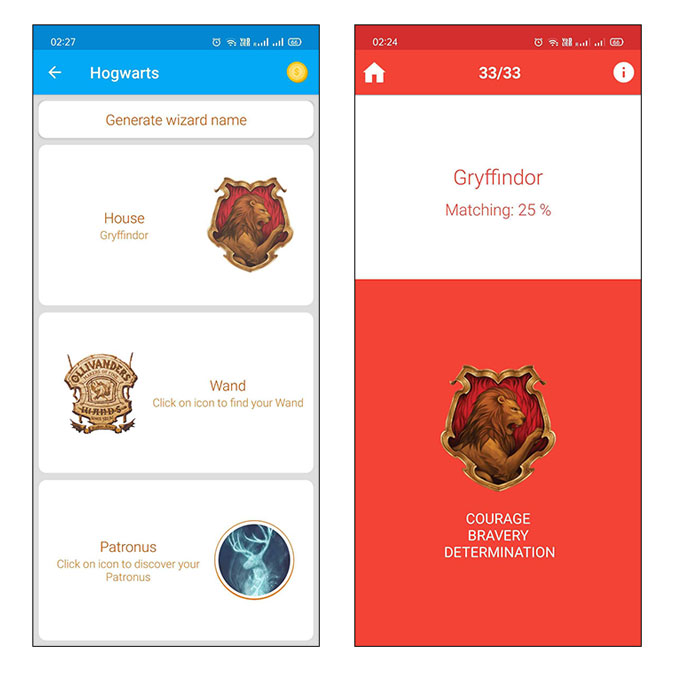 Whether you’re a fanboy or you consider Harry Potter good literature, I’m sure, you think that you know all the spells, all the characters and can easily answer any Harry Potter trivia. Well, don’t boast until you try this quiz which is based on the HP books. You can test your knowledge with the wand, spell or book trivia. Since these are multiple-choice questions, chances are your guess might work right too. The best part about this app is that you can also submit a question and see your name below the question credits.

Although less, the app does have ads. Since the content of the game is great I suggest playing it with your internet off to skip the ads. 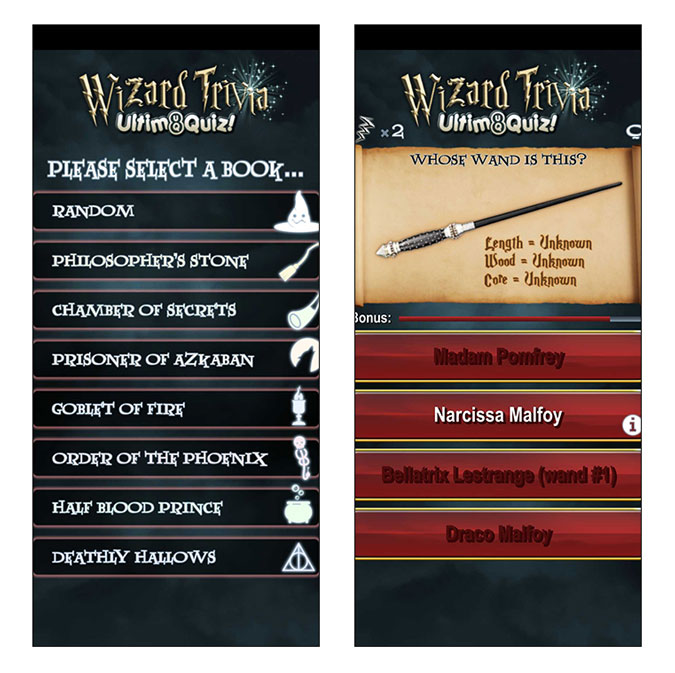 This one is a role-playing game. The user starts by selecting between a witch or a wizard, selecting a name, etc. As I said, you’re role-playing, so you start at Diagon Alley to buy your first school supplies like wands and books. You have to complete a set of tasks to move on to the next chapter. The game takes a different route from the books, with a completely new story-line, which completely grips the gameplay.

Although the game seems free, there are tons of in-app purchases that prevent you from maintaining fast gameplay. If you don’t want that, the only option is to wait a few hours until your energy replenishes again.

Potterzone is a mix of both genres, games and social networking. The aim is to earn galleons which are currencies by playing tournaments and games. There are plenty of mini-games which are fun to play, although not all of them are Potter-related, but do have Potter graphics(if that counts). There are games like native potter quizzes, broomstick race, levitation challenge, etc. Once you’re bored of these games you can also check out the app’s main feature, which I mostly will use. The chats feature is where you can chat with other Potter Fans. You can also join groups to discuss the movies/books and meet other Potterheads.

This is a must-have app if you’re looking for light games along with a good place to network with Potter fans. 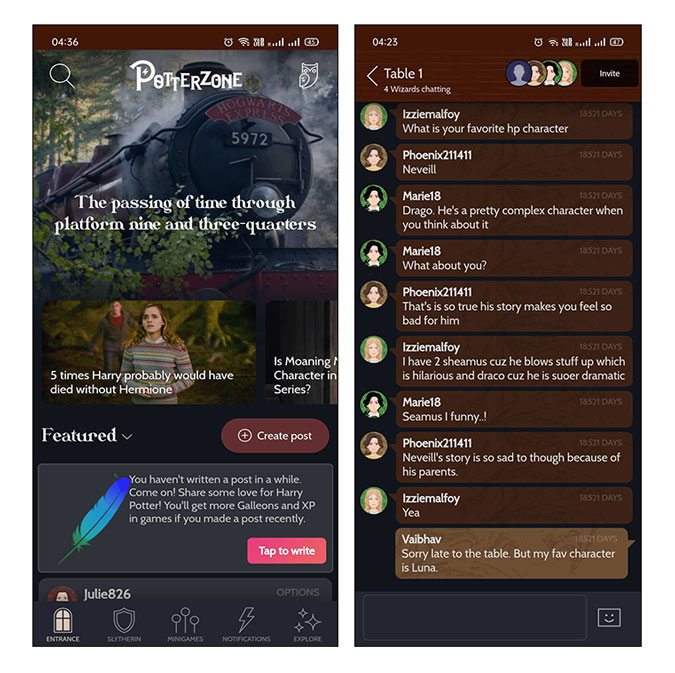 If you’ve played Pokemon Go before, you’re probably going to love this game as well. You need to sign up with either Facebook or Gmail and you’re all set to play the game. The storyline involves helping the Ministry of Magic find objects, such as creatures, artefacts, etc in real-world around you shown in augmented reality(AR). You do that by casting spells and follow trace patterns across the screen and use potions to increase the strength of the spell. If you’re successful in finding these items, you collect them and add in the registry, which basically is the overall aim of the game. 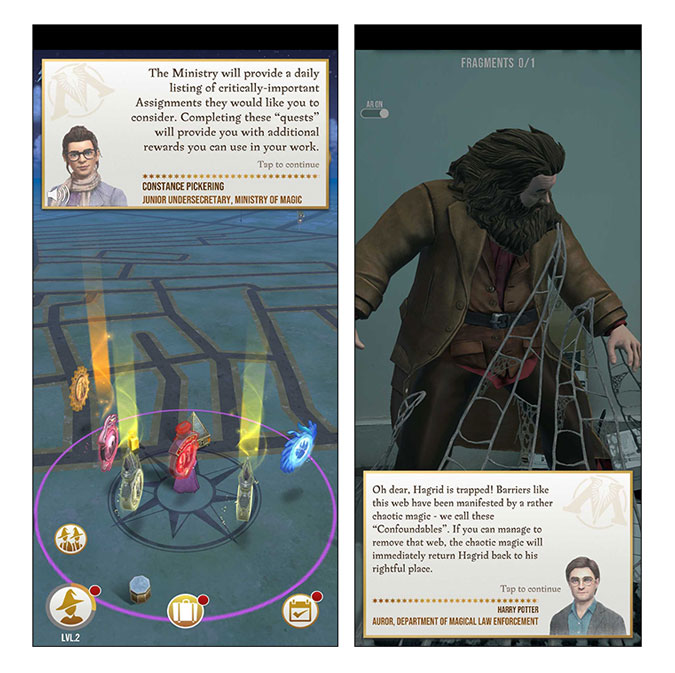 Can you imagine playing Quidditch with your VR headset on, almost like you’re playing it in real-time? If you’re a regular player and are familiar with VR, you’ll get used to the controls easily. For someone who doesn’t have a VR headset. You can also play without virtual experience, however, the graphics can be a little low quality. The user can control the character by using on-screen fly, stop and throw controls to make a goal. There’s also an option to change your character to seeker(Harry) if you want to catch the snitch, keeper to defend your post or chaser, to fetch the ball and score.

The app is very immersive in VR, so if you don’t have a headset, consider skipping this altogether.

This game is the only one in the list that is also ‘Teacher approved’ on the Play Store. There is currently two versions of the game. It’s particularly great for kids of two age groups, i.e, 1-4 years or 5-7 years. The storyline involves plot-points which are taken from the first four of the Harry Potter series. there’s no joystick control, so whether it’s puzzle, exploration or duel, you’ll have to use the touch screen controls. Your kid will also love to learn to cast spells, mix potions, fly on broomsticks and also finish other small challenges.

The only downside is that the app isn’t free and comes at a cost of $6 one time purchase. 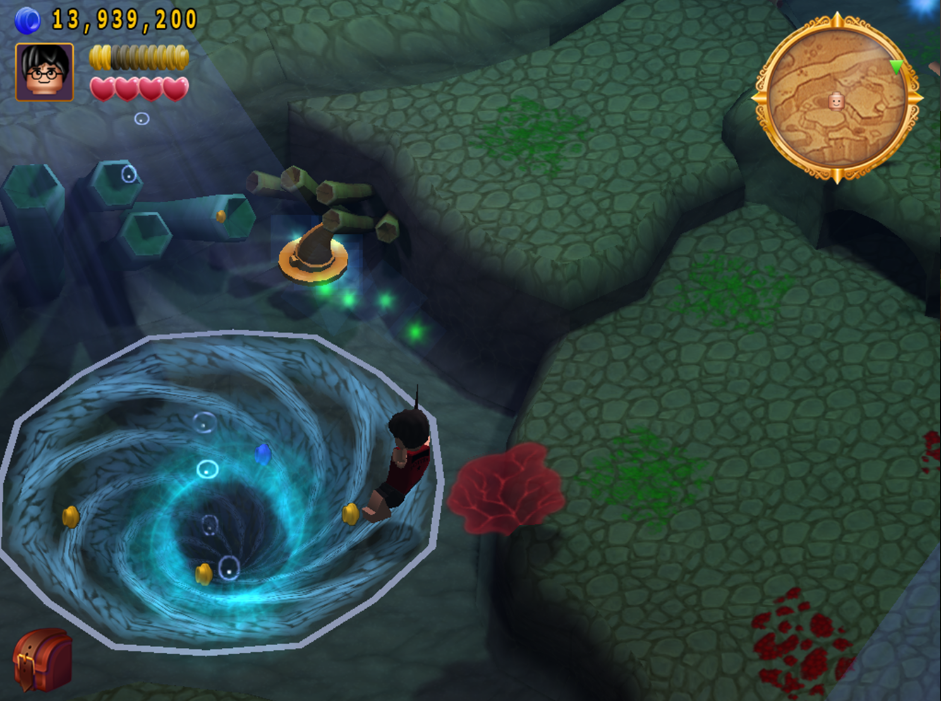 So if you’re a serious Harry Potter love, these were the best Harry Potter games on Android you should try. If yo you ask me, since most of these have a set amount of missions or tasks, I’d play them all one by one. If you want one app suggestion, I’d advice you Sorting Hat game. It isn’t just fun in terms of sorting houses, picking wands, but the text-based games are also very challenging. Once you’re done, you can move onto the Harry Potter wizard quiz as well and put your knowledge to test.