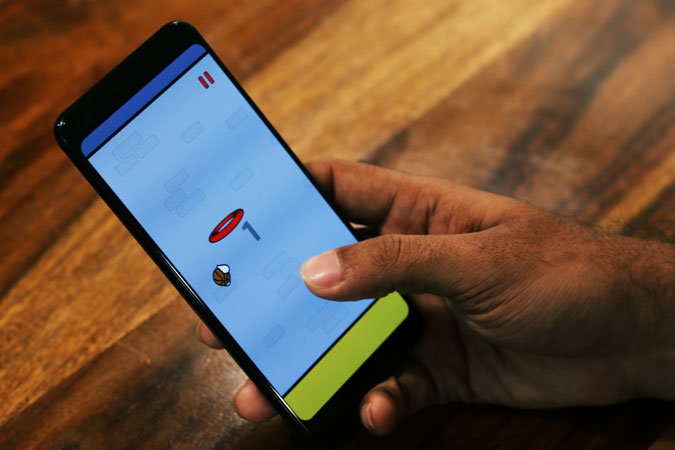 So, you’re sitting at the bus station waiting to pick up a friend or scrolling mindlessly on the toilet seat just to kill some time. You know there is an entire genre for games known as hypercasual games that don’t require your full commitment and your firstborn. The market has just exploded and there are thousands of titles and a lot of copycats, therefore, I have made a list of the best hyper-casual games to play during bathroom breaks. Let’s begin.

Related: How to play PC games on Android

Even though hypercasual games are generally not challenging but this title got on my nerves. The objective of Cut in half is, well, to cut things in half but it is a lot harder than say Fruit Ninja. You’re presented with a different object on every level which you have to slice it in perfect halves. You can easily get to the next level by a 43-57% ratio but getting a 50-50 is really hard on some things like a curved banana or a strawberry. Try it for yourself.

Related: Play these local co-op games with your friends on PS4 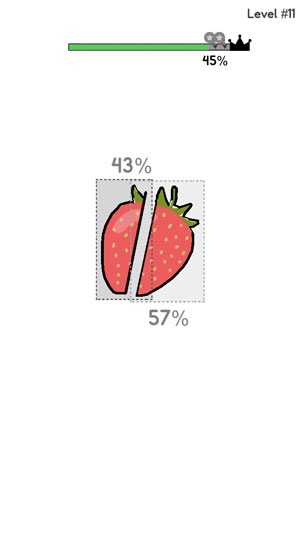 Play Cut in Half (Android | iOS)

There’s nothing more amusing than watching people fall, (JK, help them if you ever see someone falling) Falling grandpa is an infinite runner style game where you’re the falling grandpa dropping from a seemingly endless sky. While you can’t hit the ground, you still have to escape death by giant saws in the middle of the air by swiping on the screen. Also, collect coins. 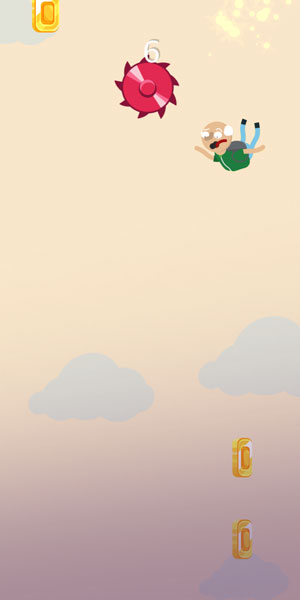 Flappy Bird was a sort of a hypercasual game but it had a hyper-violent start which led to its eventual demise. This, on the other hand, follows the same game mechanics but you play as a basketball with wings (weird, I know) and you have to create the high score by dunking the ball through a series of hoops. Trust me, it is easier than the OG flappy bird. 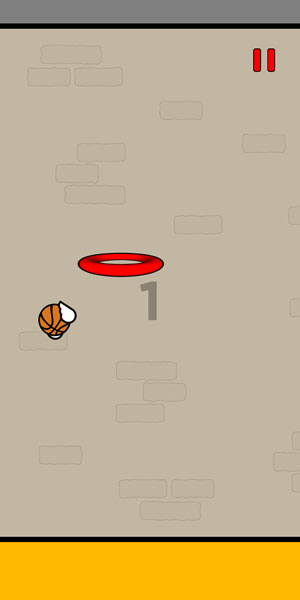 God of Track is a visual treat considering we’re listing it on a hypercasual game list. You play in a Tron-esque world where you have to clear a level full of invisible hurdles. The game hints when you’ll get an obstacle and you just have to time your taps right. It is highly addictive and eyegasmic. 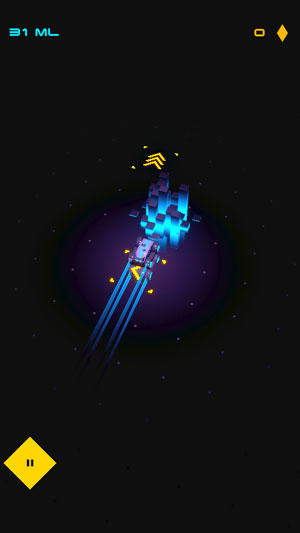 I love 2048 in all of its forms and variations and OBlast is the hypercasual version that is just as fun as the original. Instead of a square layout, you get a circular platform and you have to shoot numbered balls to get to the 2048 ball. 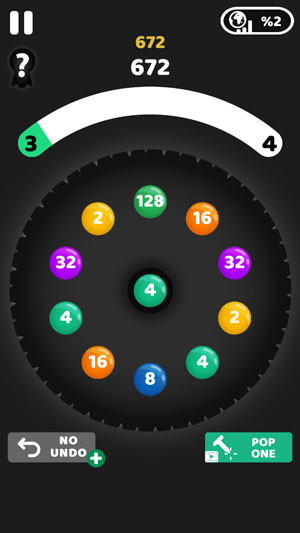 This low poly game offers such an incredible experience with its smooth motion mechanics and 2.5D level design. You play as a cube and your aim is to clear the level without bumping into obstacles. Tap to soar and release to descend, these are the controls and the rest is about timing. Go fly the cube. 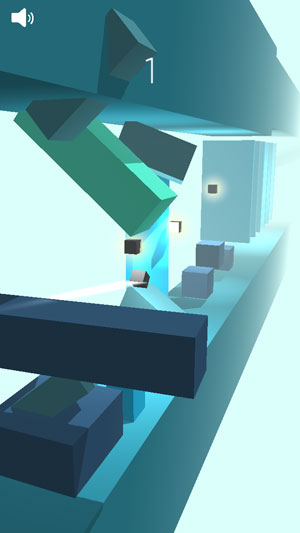 Growing up hearing the tales of Alien abduction from people all over the news, I wondered if there was a game like that? Well, what do you know, Abduct lets you abduct people from their homes and take them to outer space. You man the Alien spaceship and its beaming device which lifts the humans in their sleep, you have to safely pull them out of their homes and try not to wake them up or you lose. I can’t tell you how fun it is because you won’t believe me. 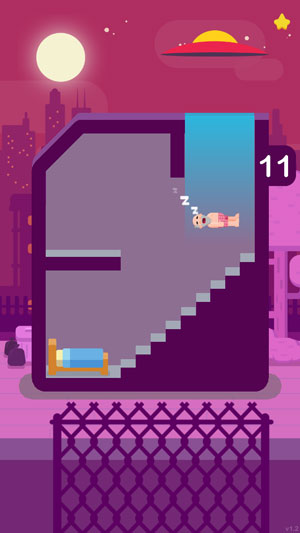 How do I explain this? You play on a rod with grooves cut on the surface, your aim is to find the exit point for the ball by navigating through the path and rotating the rod. You’ll have to play it to see it.

Read: Go Play these games on your Android Watch 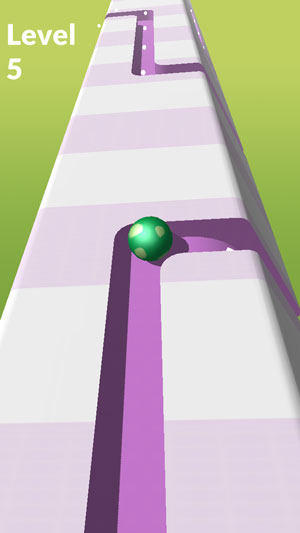 Based on the super old technique of making mochi which is based on timing and trust, you play as the hit master and you have to pound the mochi. The other person’s job is to wet the mochi and flip it over within the hits. It is your job to quickly finish the job and not hurt your friend. Plus the faces are incredible. 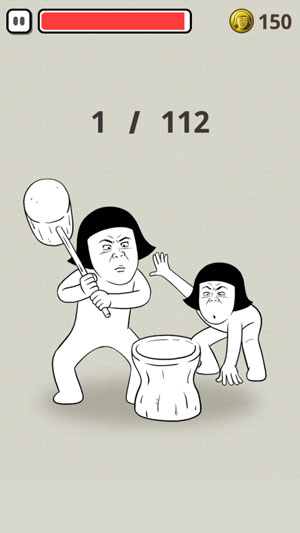 Most of the games in this list are built for kids but the next game Speed unlimited is exhilarating to play even if you’re an adult. Your aim is to avoid the obstacles on either side of the path by tapping the screen and reach for the finish line with a speed of 350MPH. Can you do it? 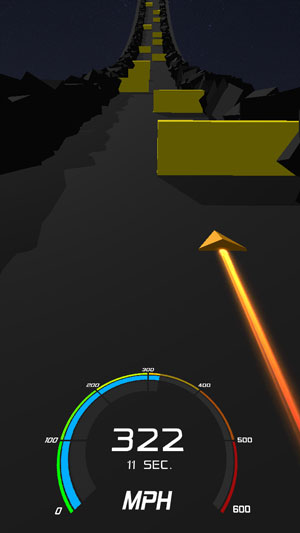 I recently discovered a new found love for pixel art apps and this game is an extension of that love. It is a coloring book style game where you build 3D pixel objects by filling the empty spaces with colored blocks. There are so many artworks to choose from that it will keep you occupied for hours. 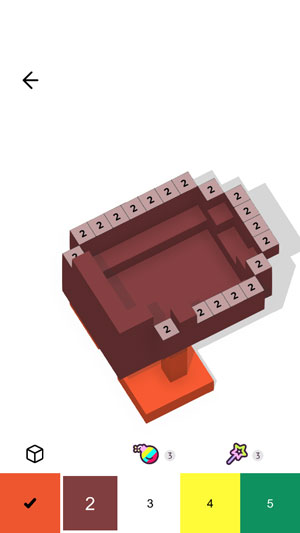 “One misplaced tile in the chain of dominos and the entire contraption stops”- some guy on YouTube. Well, it is true here as your aim is to place domino tiles to keep the chain reaction going. However, your timing matters a lot because if you place it too fast it would fall backward and stop the dominos from falling ahead. 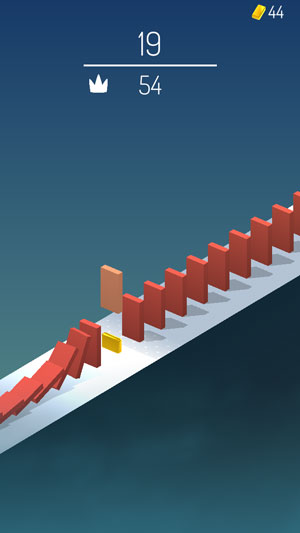 Remember the bottle flip challenge and how people got creative in making it more exciting. Apparently, some guys thought it would be fun to make it into an actual smartphone game. They’re not wrong and this game is super addicting, you have to flip the bottle on the number of surfaces placed ar varying lengths so you have to sort of adjust for that. Also, the floor is lava so don’t drop the bottle on the floor. 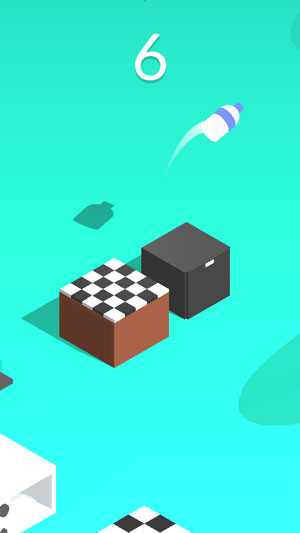 If you have a pet then you’ve probably tried to make them walk like humans. While that is funny and definitely YouTube material, your pet probably hates it. So, stop bothering them and play this game for a moment, you’ll realize that it is incredibly difficult to make your pet walk a few meters. The trick behind mastering this game is consistency, tap at equal intervals and you should be good. 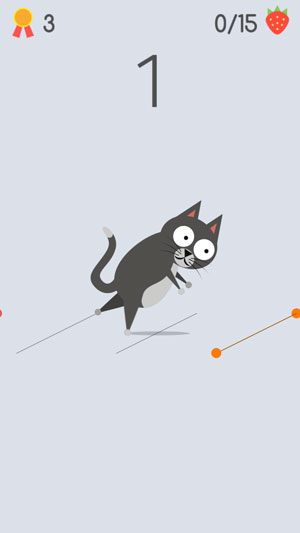 Not Actual Time Jump but some kind of Time Jump. You play as a tiny person on a regular clock or a regular person on a giant clock and you’re aim is to jump over the clock needles. You can slow the time by tapping and holding to make it easier for you to cross the hurdles. To make things interesting, the clock needles behave unpredictably. 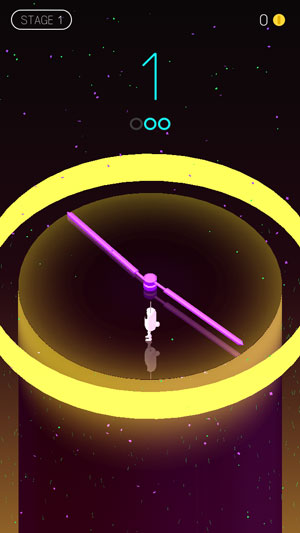 They couldn’t use SpiderMan in the title so they went with Swing Rider instead. Based on Spidey’s Swing mechanic, you race with random strangers and swing across the sky rise buildings in the city. Touch the maximum rings and finish first to win. Play this until your copy of PlayStation’s SpiderMan game arrives. 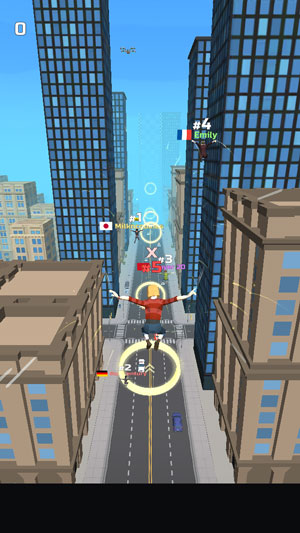 Here comes a puzzler, Impossible lines is a game with a minimal design interface and yet a unique gameplay. The objective is same, make the ball fall in the box, however, there are obstacles which need to be taken advantage of or avoided completely to win the level. You’ll get the idea, it’s just about drawing lines but impossible ones. 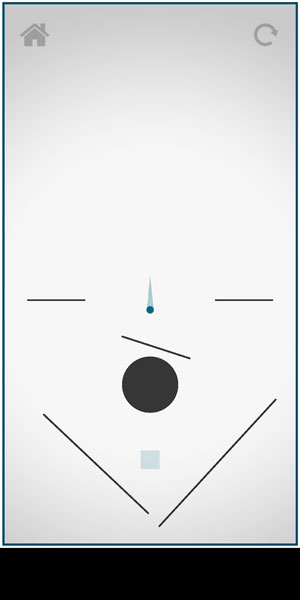 Mr. Bullet is an invincible hitman hired to shoot the high-risk targets which are usually in tight spots. Your aim is to kill all the enemies with your gun with a limited number of bullets and using Collision Physics to maneuver the projectiles towards the bad guys. Your enemies include zombies, terrorists, mummies, pirates, Scotts, and Clowns. Go. 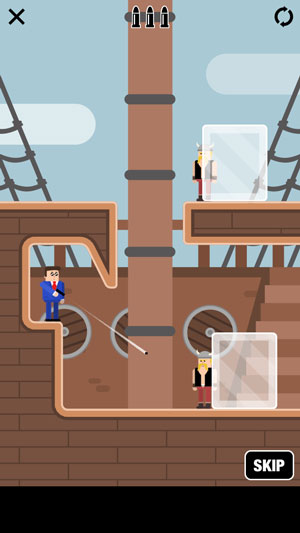 Most hypercasual games don’t have a storyline and are more inclined towards instant gratification. This game’s objective is to solve a rotating maze and pull the balls out of it, the kind that you used to get on your lunchbox in elementary school. The graphics are decent at best but I play it for the nostalgia anyway. To be honest, it is not going to make you any smarter but these games will. 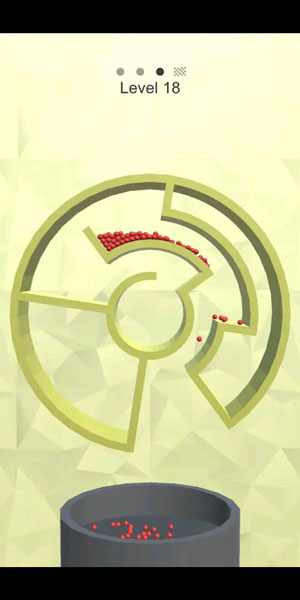 Next, Jelly Shift is a cross between Flubber and Temple Run where you play as a morphing jelly block and avoid hurdles to reach the finish point. You can swipe up and down to change the shape to fit through the roadblocks and you get a boost every time you pass a hurdle untouched. 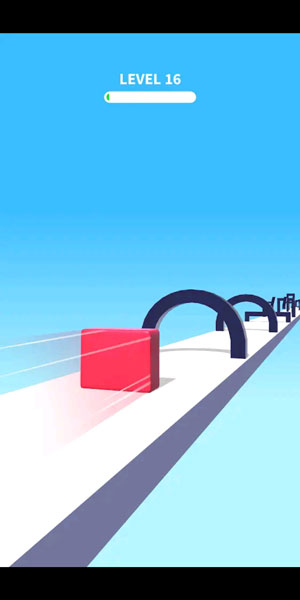 These were my favorite hyper-casual games which you can play on your short breaks, while waiting for a friend, or in the bathroom. Which games do you play, let me know in the comments?

Read: Best Facebook Messenger Games for times when your crush is offline