8 Best iOS 16 Features That Should Come to Android 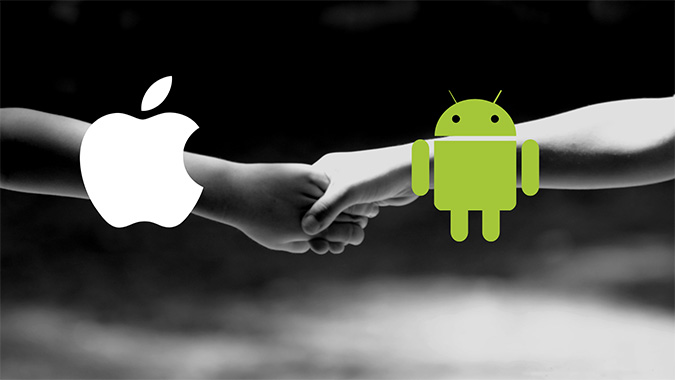 Both Google and Apple have announced the next-generation mobile operating systems at Google I/O and WWDC respectively. While this year’s Android 13 is mostly geared towards improving the foldable and tablet experience, iOS 16 packs a number of improvements and new features for iPhone users. Looking at the iOS 16 headline features, we can’t help but wish to get the same on Android 14 next year. Here are the best iOS 16 features that should come to Android.

We understand Google’s renewed focus on tablets and foldable with this year’s Android 13. But for the next year’s Android 14, we hope to see Google taking some inspiration from iOS 16.

1. Multiple Lock Screens and Dedicated Widgets for It

iPhone received the biggest lock screen overhaul with iOS 16. Apart from a bunch of customization settings, you also have an option to set multiple Lock Screens with widgets specifically designed for it.

To Google’s credit, it does offer Always-on-Display (AOD) but lacks on a number of fronts. Also, widgets are already a strong forte of Android, the search giant can do better here by offering dedicated lock screen widgets.

Google already offers an option to extract text from an image. Apple implemented the same with Live Text in iOS 15. With this year’s iOS 16, Apple is expanding Live Text in videos as well. This can be useful in so many scenarios.

For instance, students can record the classes and while reviewing them later, they can pause the video, use Live Text and extract text from the whiteboard. If Apple can pull it off, we don’t see any reason why Google can’t.

On supported devices, Google Photos already offers a magic eraser function to detect and remove unwanted objects from an image. Apple has done the complete opposite with Visual Lookup in iOS 16. You can now extract the main subject from an image and share it with others.

Since Google Photos can already detect objects in an image, it’s only a matter of time for Google to implement something similar.

This is yet another lock screen add-on that we wish to see on Android. iOS 16 allows users to check live activities from supported apps right on your iPhone lock screen. For instance, you can follow the Super Bowl score, track your order from Amazon, check food delivery status, and even glance over the live timer from the lock screen.

Since Google already offers live scores, events, and flight tracking in search results, the same on the lock screen would be beneficial to users. Users no longer need to unlock the phone and open the app or rely on widgets to get new updates.

Similar to Tab Groups in Safari, Google Chrome also offers an option to group relevant tabs. However, there is no easy way to share it. Maybe you are making some travel plans and want to share the shortlisted hotels with your friends or family. Instead of sharing individual tabs (which can be a tedious process), you can bundle them under a group and share them on the go.

Safari now lets you share group tabs and even pin important ones for easy access in iOS 16. Hey Google, are you taking down notes?

Now that Google is taking the Android tablet ecosystem seriously, it would be good to see an app for brainstorming ideas with team members and friends. Microsoft already offers the same with Whiteboard on Windows 11. Apple has introduced Freeform app for iPadOS.

Google can also bundle the same with Docs, Sheets, and Slides for a seamless experience.

Google toyed with the personal/work profiles idea in its early Android days but eventually dropped the function. Apple introduced Focus with iOS 15 and the company is taking it further in iOS 16. Focus filters can deliver an ideal distraction-free environment on iPhone.

Here’s how it works. Let’s say you have enabled Work focus on your iPhone. Now the system apps such as Contacts, Messages, Safari, Mail, etc. will showcase only work-related content. Samsung offers something similar to Secure Folder on Galaxy phones. However, Apple’s implementation does look sleeker, and Google can definitely take some ideas and revamp the DND (do not disturb) on Android.

While we don’t wish for it, if you recently had a fallout with your partner or loved one, iOS 16’s Safety Check will reset sharing permissions across all apps, and turn off location sharing in Find My as well. You no longer need to open every app and remove the person from the shared content.

Implementation Is the Key

Both Android and iOS are mature platforms. Both Google and Apple take inspiration from each other when introducing new features. But it’s safe to assume that it won’t be a blunt copy of iOS 16 but instead, a better implementation that seamlessly works across the Android ecosystem of devices.