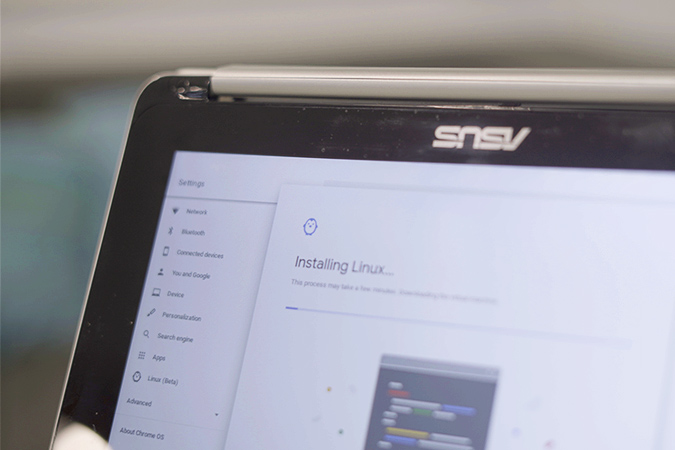 Chromebook came a long way from just running the Chrome Browser. It opened a door for a lot of possibilities when it started supporting Android apps. But still, some of the Android apps are not well optimized and they lack in few features compare to Windows and Mac’s apps. On top of that, we still can’t find some professional apps like Photo editors, Video editors, tools to develop apps, games, etc.

As ChromeOS now supports Linux apps too, it solves most of those problems, Linux apps are developed for the desktop layout and offer full-fledged functionality. We can also use many apps like Android Studio to develop apps that we can’t before.

To get started, first check if your Chromebook supports Linux. All Chromebooks don’t support Linux, there are some hardware and software requirements, but if you can see Linux option in the System Settings, you can consider your Chromebook will support. If it does, you need to enable it. To do so, open Settings and turn on the option Linux under Linux (Beta), it will show you a pop-up whether to install Linux or not, click on Install and wait for few minutes for Linux to get downloaded and installed.

After enabling Linux, you can see a terminal in your app drawer which can help you to install, update, remove apps. 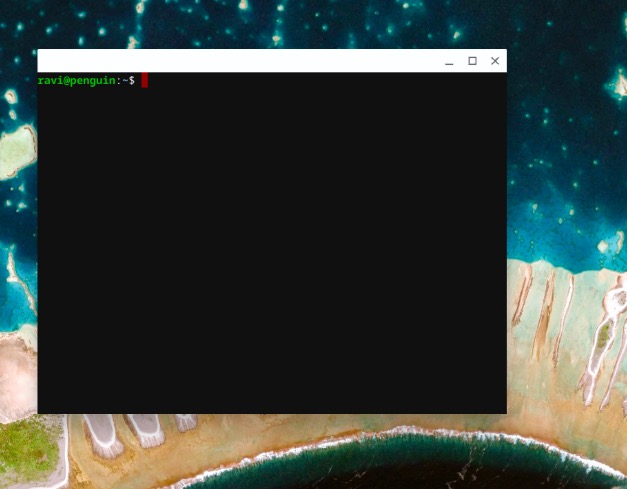 GIMP is a popular Photoshop alternative, and since, Photoshop doesn’t work on Linux, we can use GIMP for photo editing needs. It’s free, open-source and has most of the options which Photoshop has.

The User Interface looks quite different than Photoshop and comes with a bit of a learning curve, but anyhow you can access clear tutorials on their website.

It is also a resource-hungry app just like Photoshop and didn’t work well in our ASUS Chromebook Flip C101. So running it on a powerful Chromebook like Pixelbook would be a better idea.

To install, open the terminal and type the following command. It will take a few minutes to download and install GIMP. 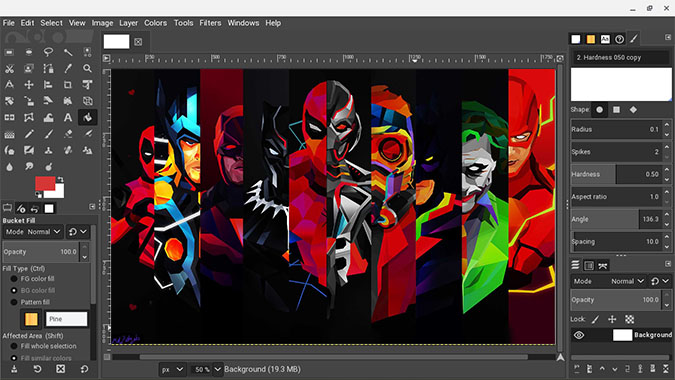 Both Sublime Text and gedit are great text editing apps for coding. You can use either of them if you are looking for any code editing apps on your Chromebook.

Sublime text is like a feature-packed app, you get a mini-map of your entire structure, can select multi-line and edit, auto-complete, etc. Where as gedit is a minimal looking code editor.

Both are light-weight, fast and also free to use. You can also install the Visual Studio Code on the Chromebooks, but it is a heavy app to make it run smoothly. As Sublime Text and gedit are light apps, we can’t find such much lags.

To install, open the terminal and type the following commands. 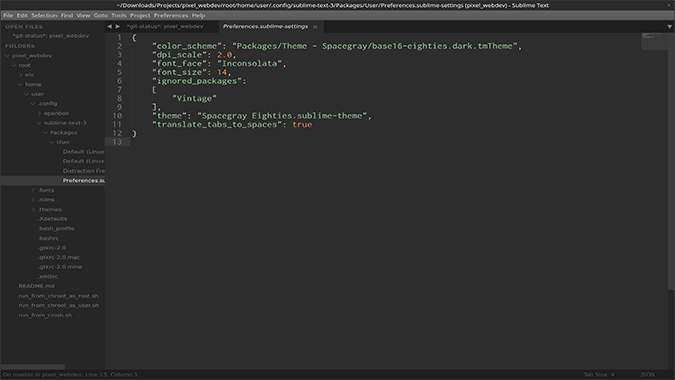 Kdenlive is one of the most popular Adobe Premiere Pro alternatives for Linux.

We can find all the features starting from multi-track video editing to effects and transitions. It can be also used as audio editing software. As most Chromebooks are not power-efficient, it’s hard to run on most of them. They still do work but will a lot of lag and immediate shutdowns. As Kdenlive provides you automatic backup, you will be fine with your work.

To install, open the terminal and just type 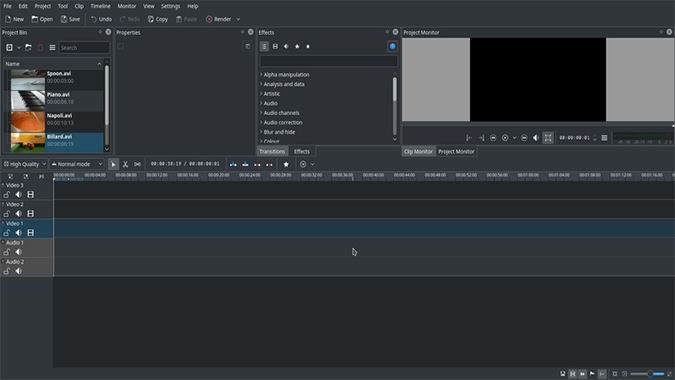 However, since you are running Linux on a virtual box, there is one caveat, you cannot download torrents directly from the magnetic link like you do on Windows or Mac. Rather you have to upload the torrent file to the client or copy-paste the magnetic link to download it.

But you can use the magnetic link to download if you are browsing from any Linux app. For example, Firefox for Linux

To install, open terminal and type 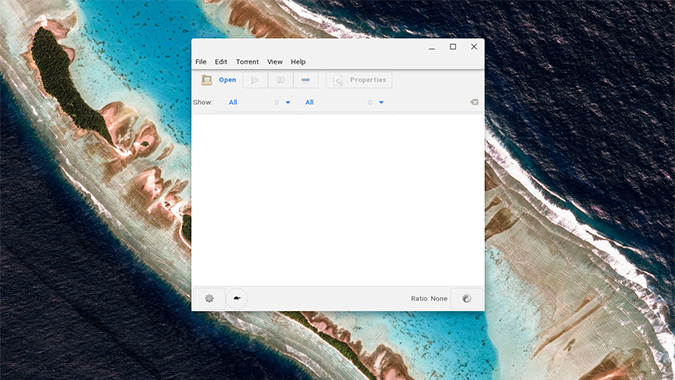 Google Chrome works fine on Chromebook, however, if you want to use some other browser, try Firefox Linux Version. What separates it from the Firefox Android app, is the desktop-like tab interface.

In addition to this, it also solves other small problems that you face with Google Chrome. For example, the in-built Chrome does not have a good connection with the Linux apps we are downloading, Transmission is one such example. Moreover, Linux apps have a separate folder and you cannot access all the files while using Linux apps, every time you need to copy-paste files to the Linux folder to use them from the Linux apps.

So you can just download using Firefox which is a Linux app to download. This comes to handy when you are using a lot of editing Linux apps.

If that doesn’t work, you can try 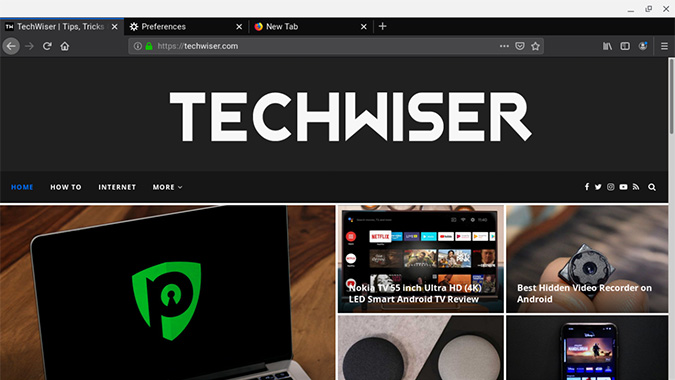 FileZilla is a popular FTP client for transferring files from local machine to web servers and vice versa.

You have several FTP clients for Android, but they were not as popular as FileZilla. Moreover, FileZilla offers a Pro version for users who need additional protocol support for services like Amazon S3, Dropbox, OneDrive, etc. 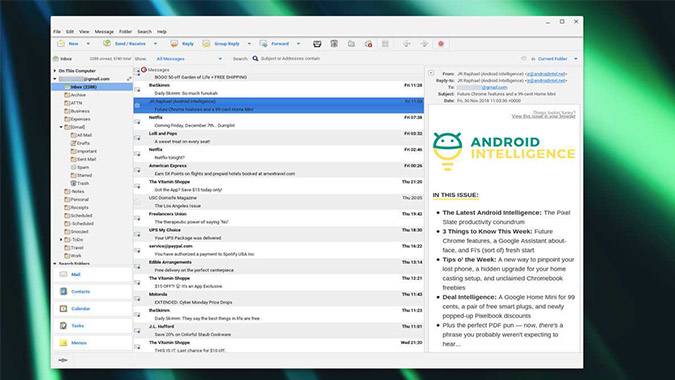 Android studio by Google is a popular toolkit to create your own Android apps, but it still can’t run on Google’s own Chromebook without enabling Linux.

Running an Android studio on Chromebooks makes work so easier than running on Windows or Mac. As Chromebooks can run Android apps, we can check the app natively on the same device instead of depending on emulators or external devices. 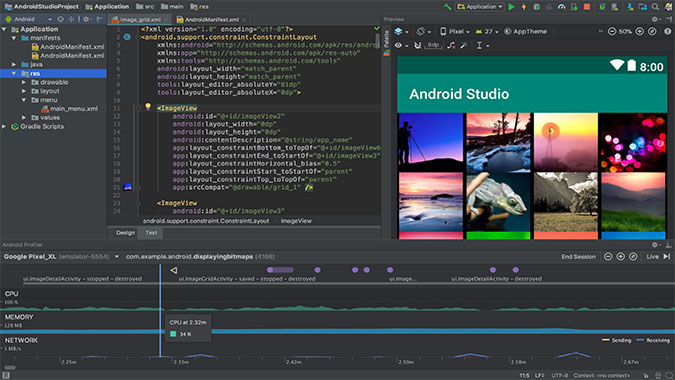 Moreover, we don’t have any App Store to download apps easily.

Gnome can help you with that. You can check the updates for the Linux apps within the app and can also act as a Linux App Store.

To install, type the following command.

You can also find some other apps along with the software center in the app drawer, they are just packages and installers used by Gnome software center. Do not uninstall them, they are helpful to run the Gnome app.

If you aren’t seeing any apps on the store, you can try these 2 codes and then reboot. 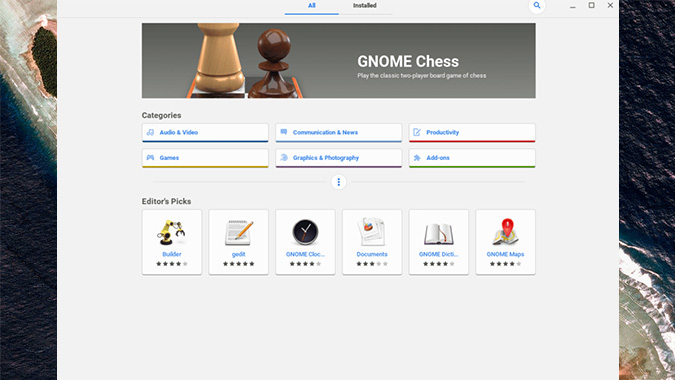 I have tried to include the apps which have some added functionality over the Android apps or the once which we cannot install from the Play Store.

May most of these apps may not be for normal day-to-day usage as most of such apps can be downloaded from the Play Store easily.  Apps like LibreOffice, Steam also work, but we already have Google docs and Microsoft Office on the Play Store which are well optimized for the Chromebook and we also have an Android app for steam.

I have also tried some other apps like Unity, Discord, Wireshark, Hanbreak, etc as Linux is still in beta version on Chrome, it can only run files available in .deb version.