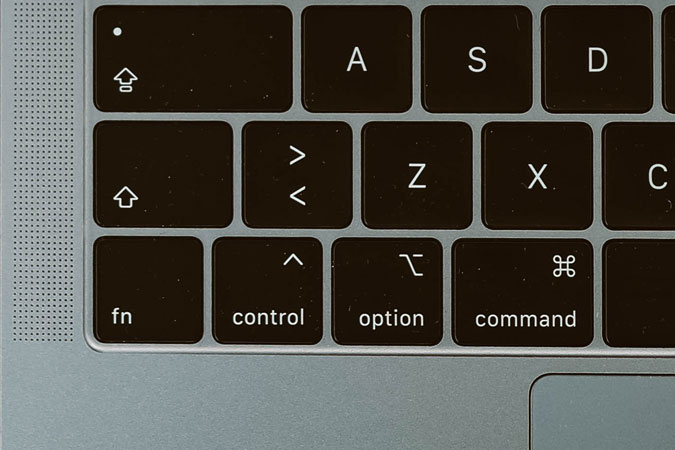 It’s always a good practice to lock your computer when leaving the workstation and unlike Windows, it’s not a simple WIN+L on macOS. You have to press CMD + CTRL + Q to lock the screen without logging out of your account.

2. Turn the Display OFF

3. Copy the screenshots to the clipboard

I take a lot of screenshots and I mean a lot. On Windows, I used an app called Lightshot to quickly capture screenshots and copy it to the clipboard with one click. macOS has an intuitive Screenshot tool built-in which can be accessed by pressing CMD + SHIFT + 3, CMD + SHIFT + 4, and CMD+ SHIFT + 4 + SPACE. These shortcuts come in handy but I still have to go to the desktop and copy it manually if I wish to send it to someone.

If you’re running macOS Mojave or later then you can begin recording by simply pressing CMD + SHIFT + 5. Earlier you had to open the Quick Time Player, Navigate to the Menu bar and then start recording. It is really intuitive and makes the work a lot easier.

I often have to organize the files on my system and putting the files in their respective folders is a repetitive task. macOS makes it a little easier where you can select multiple items and press CTRL + CMD + N to create a new folder, it moves the files to that newly created folder automatically. Sweet.

7. Simulate Home, End, Page Up, and Page Down keys

When you scroll long webpages, the home, end, page up and page down keys come in handy but most macOS laptops don’t have it. However, you can still simulate the Home Key by pressing the FN + LEFT ARROW key on the keyboard. Similarly, you can get End key by pressing FN + RIGHT ARROW, Page Up by FN + UP ARROW, and Page Down by pressing FN+DOWN ARROW.

Just like the home and End keys, MacBook doesn’t have a delete key, well it does but it works as a backspace key but labeled as ‘delete’. This shortcut may be in a very small niche but I use both backspace key and delete key as it translates easily to my workflow and many people who code would know how convenient it is to have it handy on your computer.

This shortcut is known as forward delete and can be simulated by pressing FN + DELETE or CTRL + D.

9. Switch between two instances of the same app

The same is also true for brightness as well, you can press OPTION+SHIFT+BRIGHTNESSto precisely adjust the brightness of the display of your MacBook.

These were some of the keyboard shortcuts that I use daily. As I find using a mouse exhausting, these key shortcuts navigating the computer much easier. There are, however, many other shortcuts that I use but not that frequently because I feel those might be too specific for my workflow. If you want to share your favorite shortcuts, comment them below or tweet me at Technarok.