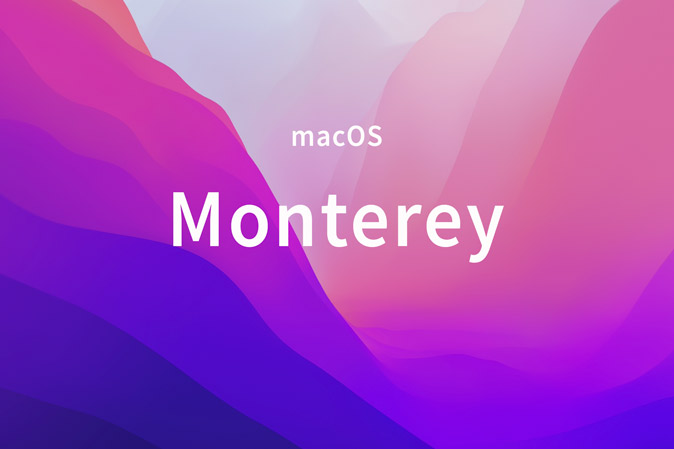 WWDC 2021 wrapped up with a lot of interesting announcements for the iPhone, iPad, and Mac. The ecosystem gets a little more cohesive this year with features such as FaceTime, Notes, and Universal control. If you missed the keynote, here’s a rundown of all the new macOS features that you should look out for. Let’s begin.

At the time of writing this article, macOS has released the developer beta and the public beta would release a month later in July 2021. If you’re an impatient bunny then you can follow this guide and install macOS Monterey on your Mac.

FaceTime is already tightly integrated with the Apple ecosystem and with macOS 12 updates, it’s getting even more powerful. Starting with FaceTime Links that would allow you to generate Zoom and Google Meet style links to a video chat. The best part is that anyone with a FaceTime link can join the video call from any platform. It can be a Windows laptop, an Android smartphone, or a Chromebook. Another feature is the Portrait mode that would blur your background while you take a FaceTime call from your Mac.

To take your WFH calls to another level, FaceTime is also coming out with spatial audio and voice isolation modes that would reduce zoom fatigue and eliminate background noises.

Watch parties took off exponentially when the people were stuck inside due to pandemic and SharePlay was designed to help people connect and do more while indoors. Integrated within FaceTime, you would be able to watch movies together, listen to music with friends, and offer tech support to your grandparents. The feature would also offer a synced playback which means everyone would watch the same thing. It won’t be like sharing your screen to watch movies together but all the phones and devices would play the media natively and sync through FaceTime. That means you need to have Netflix on your device before FaceTimem sync begins.

Safari has never been my choice of browser on Mac because Chrome is just too hard to give up. However, Safari has added a few features that make it a no-brainer for the privacy-conscious. Starting with cosmetic updates, Safari has a redesigned tabs, integrated search in the URL bar, and tab groups.

Concentrating while working from home can be challenging which is why Apple has introduced Focus Mode to the Mac, iPad, and the iPhone. Focus mode lets you customize and even create your own personal focus mode tailored to your needs. You can choose which apps can deliver notifications, which contacts’ text you would get, and focus mode’s duration. This is especially beneficial to my workflow as I can set Focus mode while working and it would seamlessly apply to my Mac as well. This would reduce distractions for sure.

Taking a cue from Slack’s notification feature, Apple’s Focus mode will notify the sender when the receiver has Focus mode enabled. The sender will have an option to notify ‘anyway’ if they feel it’s urgent and the message needs to be delivered. This would really come in handy when you don’t want to explain why you didn’t reply for six hours.

Apart from the addition of long-awaited hashtags in Notes, macOS 12 brings something that truly represents the essence of Note-taking; Quick Notes. It is a little utility built in the macOS Monterey that brings up a small note window where you can jot down your ideas.

On paper, this is probably the most mind-blowing feature that Apple may have implemented within the ecosystem. Universal Control allows you to use your MacBook or Mac to control the iPad or another Mac, seamlessly.

The kicker is that there is no setup required. Just place your iPad next to the Mac and slide the cursor to Mac’s side and it would appear on the other device like magic. Not only that, you would also be able to drag and drop files between the two devices easily.

Using your Mac as an AirPlay Receiver is such an obvious feature that Apple should have added it years ago. Earlier, you could only stream or cast media from Apple devices to an Apple TV or an AirPlay-equipped TV. However, it all changes with macOS 15. Now, you would be able to cast your iPhone or Mac screen to another Mac without any complicated setups.

We feel this feature would be a hit in homes where people would cast their iPhone screens to the iMac in the living room.

Apple went all-in on ML and AI-based image recognition and it comes in the form of Live Text that would allow you to capture any piece of text from an image.

Yes, it works just as advertised which means if you have a photo on your Mac, you can just use the cursor to select the text, phone number, address, or any other information in the image. It’s completely effortless and feels like capturing an actual text, like magic.

Apple has really struck gold with a tiny automation app called Shortcuts and has integrated it deeply into the iOS ecosystem. Shortcuts is a user-friendly way of creating automated workflows that can do a lot of cool stuff.

Also, if you’ve been using Automator on Mac then you would be able to convert your existing workflows in Shortcuts app. I can’t wait to test out the features and prepare a list of the best Shortcuts for Mac.

I use this tiny webcam slider to block the webcam on my MacBook Pro because you never know who might be looking through that hole. macOS 12 adds an additional indicator that would instantly flash if your webcam is being used or if you’ve accidentally left it on.

The indicator would sit on the Menubar and you can disable the webcam with a click. It would work the same way for the mic as well.

Now, macOS has never been big on Desktop customizations but there’s a hidden accessibility feature on Monterey that allows you to change the appearance of the cursor. You can’t just change it to anything you want but you can adjust the size and color. The outline and fill color can be separate or the same depending on your preference.

To change the cursor’s color, navigate to System Preferences > Accessibility > Display > Pointer and adjust the size and change color.

These are a few of the best macOS Monterey features announced at the WWDC keynote. It’s safe to say that macOS is moving towards a cohesive experience between all the devices that would bridge the gap between operating systems, literally. Which is your favorite feature of the latest Mac OS? Let me know on Twitter.