Now that you know how to install Magic Lantern on your Canon DSLR, the next question comes, what can you do with it? Well, that’s what we are here to talk about today. In this article, we’ll cover some of the – best Magic Lantern features, what they do and how to use them.

There are a plethora of options in the Magic Lantern, but here are our top picks. Let’s begin.

In case you didn’t know, DSLR cannot shoot RAW videos (although they can take RAW images), however, with Magic lantern you can shoot videos in RAW as well.

The RAW video recording in Magic Lantern isn’t exactly video. Instead, it tricks the DSLR into taking 24 RAW photos (not the regular pictures) every second. This means you’ll need a really fast SD card to record in Full High Definition (we used a SDHC Class 10 with 40 MB/s read-write speed on our Canon 70D) and also a powerful computer to process the heavy file in your editing software.

In general, you can shoot RAW videos from your DSLR using Magic Lantern, but in long run, we didn’t find it feasible. On our 70D we were only able to record for 5-10 seconds.  So, if you want more room for color correction, install Cinestyle

You can use this excel sheet to find out maximum resolution and recording time you get, while recording RAW videos from various Canon cameras 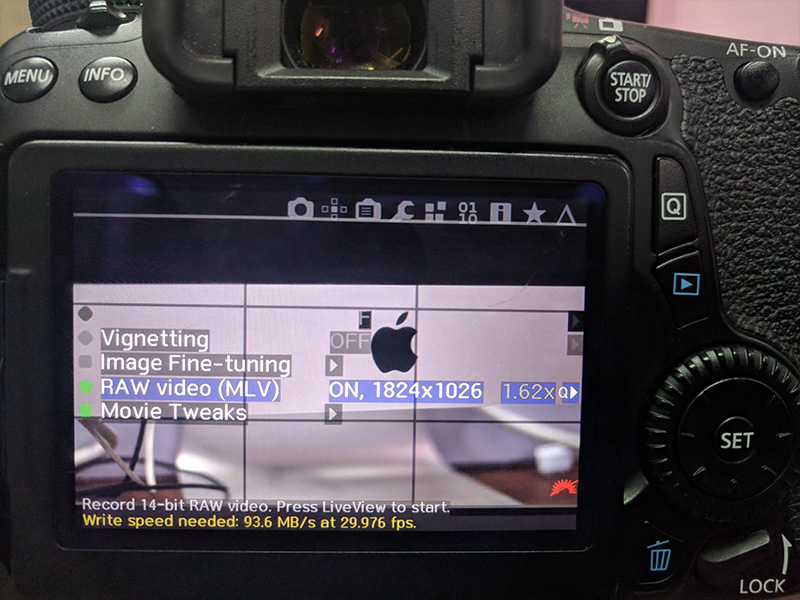 This feature highlights the overexposed or underexposed region of your frame with diagonal stripes real time. Super helpful when you adjust your ISO. This features comes in handy if you are shooting in natural sunlight, Zebras will tell you if any part of your frame is over exposed due to excess sunlight.

You’d otherwise find such features on expensive video cameras. So getting it for free should be really appreciated. 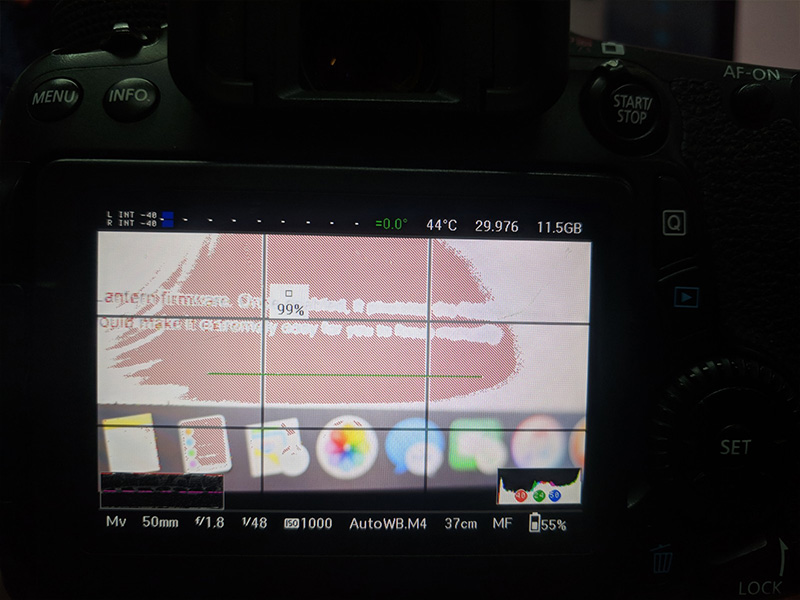 It’s hard to focus on a subject using the small LCD screen of your DSLR. That’s where Focus Peaking comes in. Focus Peaking is quite common in high-end cameras; and just like the Zebras, Peaking is a feature you’ll find in the Magic Lantern firmware as well.

Read: Use Android and iPad as an External Monitor for your DSLR

Focus peaking gives you a better idea of what is and what’s not in focus by pixelating the focused region of your frame with colorful dots; in real time.

Overall, it does take some time for you to get used to focus peaking, but it’s definitely better than just going by the eye. 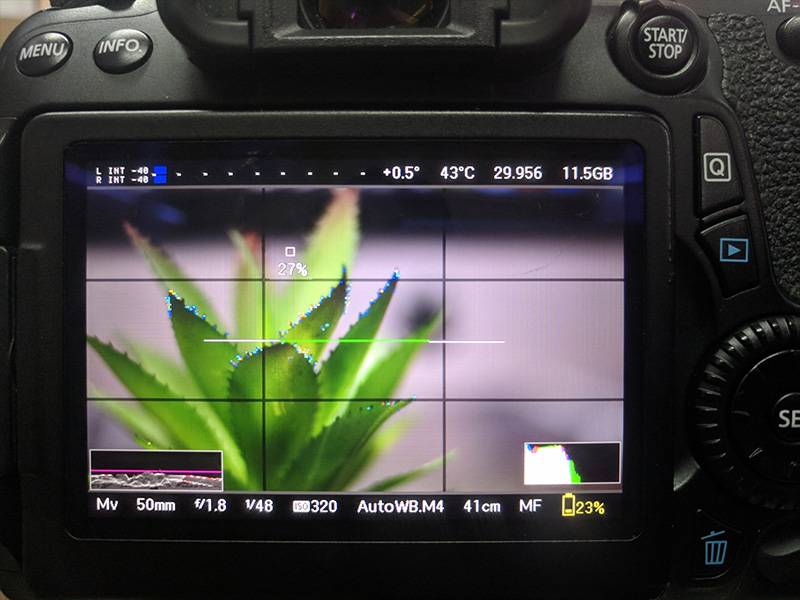 If you’re into still photography, then you should definitely check out the dual ISO feature. It’s double up the ISO performance while still photography. think of it like the HDR mode on your smartphone camera but for the ISO. Generally, your DSLR takes the picture with a single ISO, but with Dual ISO, two different ISO’s are used on alternating rows of pixels. Next, using the software it combines these two rows into one – taking the highlights from the low ISO, and the shadows from the high. Thus giving you perfect image.

It lets you recover shadows. Saves you from bracketing as many photos when shooting landscapes

An intervalometer is a device that you plug into a camera and then it automatically takes shots in the regular time interval. Mostly used for shooting time-lapse films. And guess what, with Magic Lantern, you don’t have to buy an external device separately, it has intervalometer build-in.

To get started, simply go to Magic Lantern settings, set a delay between the trigger action and specify how many pictures to take. And that’s it, it’ll start the intervalometer after leaving the Magic Lantern menu. Overall it does what it does and works flawlessly.

Overall, Magic Lantern brings the expensive DSLR features to a budget DSLR. There is some risk involved but for the features it provides, that risk is worth taking.My two favorite features are Focus peaking and intervalometer. Let me know what is your favorite features, in the comments below.