Though it’s not obvious, math is an important part our life. The ability to learn new tricks and solve simple math problems involving basic arithmetic, fractions, percentages, equations, etc., mentally is quite helpful in our day to day life. But the problem is, the good old academia doesn’t teach math in a fun and engaging way. That is where math game apps come into play. Using fun games, you can improve your basic math skills tremendously. To get you started, here are some of the best math game apps for Android and iOS.

Threes is a simple yet addictive game that gets progressively harder. Trust me, you’ll be sucked into it like no other. The game rules are simple, you can only combine 1s, 2s, and 3s to create a bigger number. Any number bigger than 3 should only be combined with its matching number. Obviously, the bigger the number you can get by combining matches the more points you get. 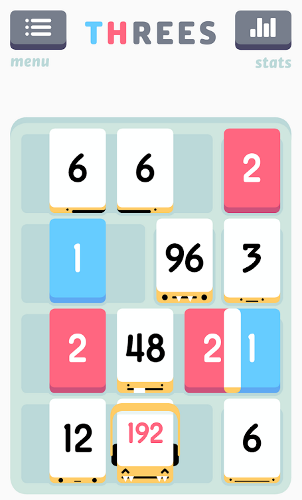 If you’d like to test how accurate your arithmetic skills are under time constraints and speed, then this game is for you. Not only you can test your skills, but the game also teaches some simpler yet effective methods to quickly solve arithmetic problems with simple hacks. 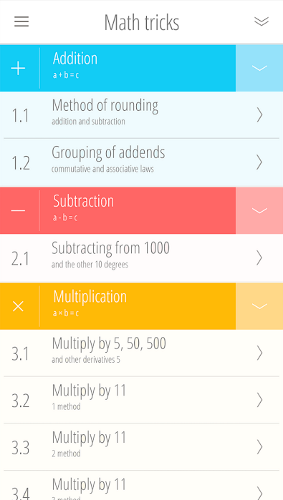 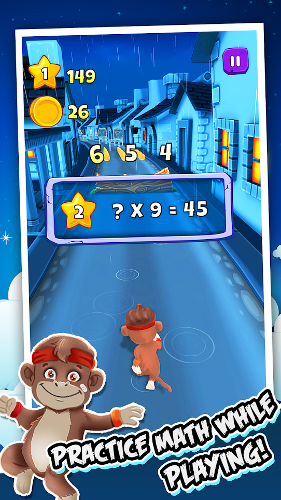 Godline Math Games has several game modes within the app like math pyramid, mental calculations, mathematical pairs, correct answer, exponents, math machine, number pyramid, etc. Each game mode is unique and difficult in its own way. If you are looking for a fun yet challenging math games, then do give Godline Math Games a try. 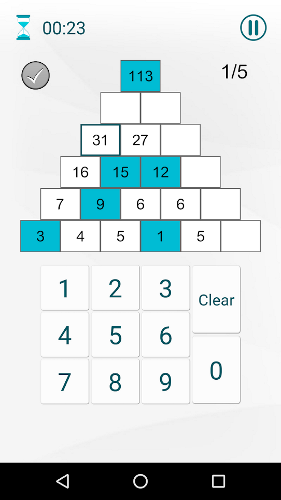 As the name suggests, the game’s aim is to make you a master in solving simple math problems quickly and efficiently. The game has several modes and over a hundred levels that get progressively difficult as you level up. The good thing about the app is that it is suitable for both kids and adults alike. Add to all this, the game’s user interface is quite minimal and straightforward. 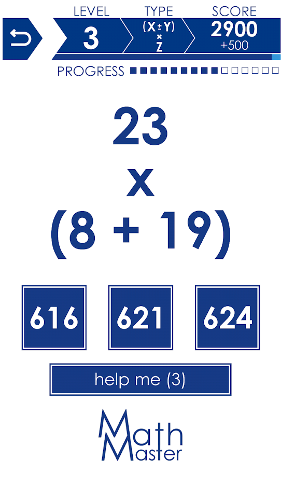 PlayMind Math Game is mainly designed to make you practice math and basic arithmetic by doing mental calculations. The game has multiple modes with varying levels of difficulty and sub-levels within each mode. 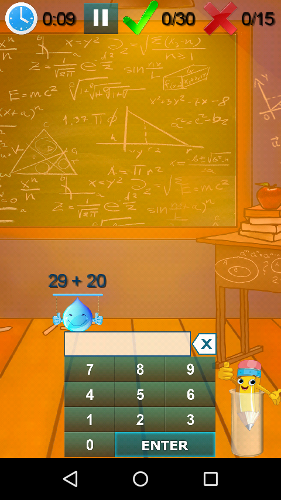 Math X Math is a puzzle-based math game where you are required to use your arithmetic skills to solve the problems. The game has several play modes to match any difficulty level and has over a thousand puzzle questions to keep you entertained. 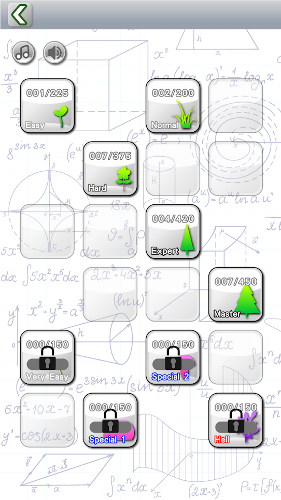 Math Fire has a very pleasing game interface and is designed for both children and adults alike. While the children can play basic arithmetic and multiplication tables, adults can challenge a bit more like tasks with big numbers, time-based tasks, and money tasks. If needed, you can also compete with your friends, both offline and online. 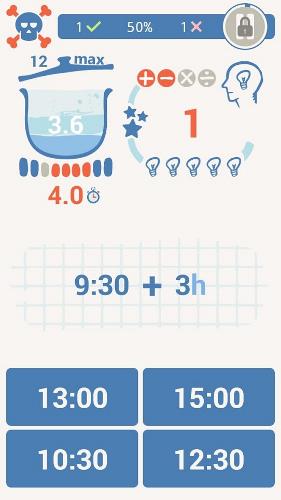 Math Riddles and Puzzles game is specifically designed to test your IQ and improve your math skills with mental tricks. At first glance, the problems look simple but as you play on, the game gets harder and forces to strain your analytical thinking ability to solve the riddles and puzzles in front of you. 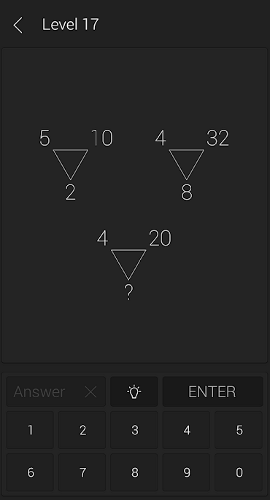 2048 is a classic puzzle where you try to match and combine the same numbers to reach 2048 as fast as possible. The game’s premise looks simple but trust me, it gets harder as you get to the higher number. The game has 12 different modes and the user interface is clean and smooth. 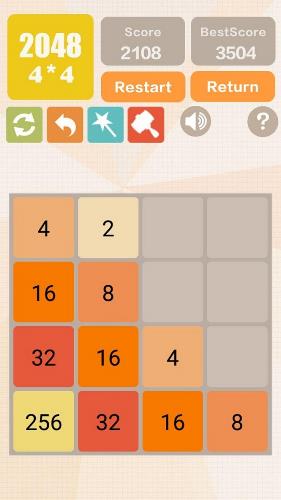 Sudoku is another classic puzzle and one of my favorites. Though Sudoku has nothing to do with solving math problems, it still is very useful to keep your brain sharp and improve the ability to look for possible ways for solving a given problem. The rules of Sudoku are simple. You are given 81 cells that are divided into 9 blocks in 3 x 3 configuration. Your job is to fill all those blocks with 1 to 9 numbers each while making sure that you are not repeating numbers in either the column or row. 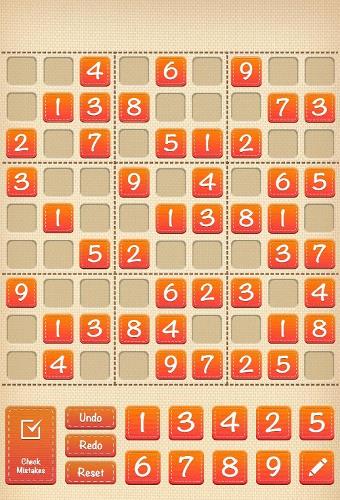 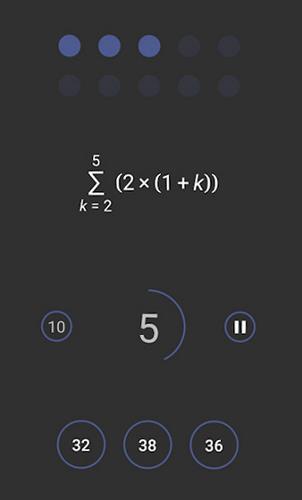 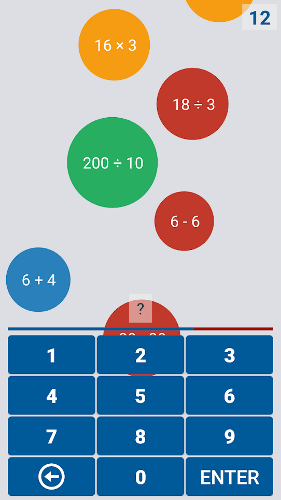 Math 24 is a classic math puzzle with basic arithmetic with 15 different stages and over 300 levels. What makes Math 24 special is that all the levels in the game are handcrafted. There is also a special mode called speed where you are tasked with solving problems as fast as possible. Trust me, the speed mode is quite addictive. 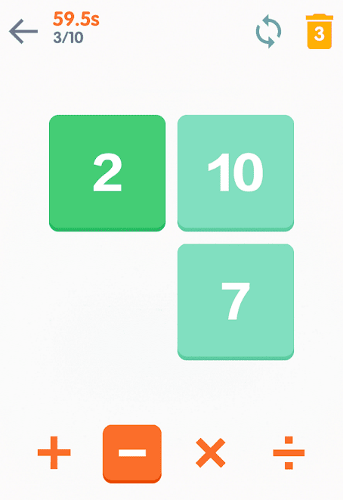 Quento is a fantastically designed math game for kids and adults which involves basic additions and subtractions. What makes Quento special that the puzzles are small yet quite fun and suitable for small breaks. 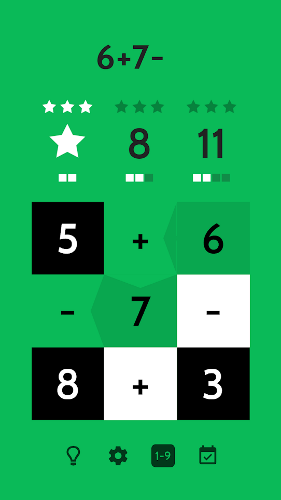 As you can tell from the game name itself, you need to destroy monsters and mythical beasts using your awesome math skills and by solving various brain teasers. The game has pretty good graphics and is very entertaining too. 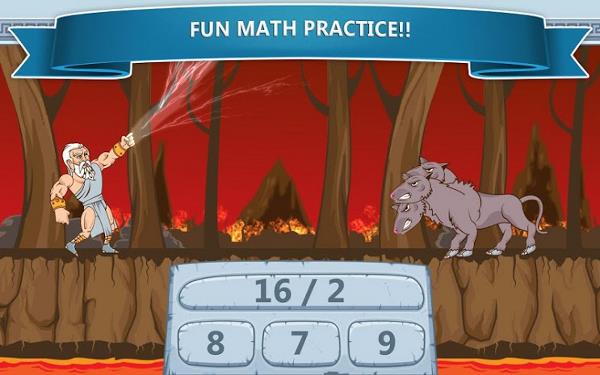 Unlike other games on this list, Prodigy aims to teach math skills using its unique problems. Add to that, Prodigy tries to follow the actual math curriculum of different grades to create and teach problems. Which simply means that you can select a specific grade to start working on your math skills. A very helpful and useful game for kids and students. 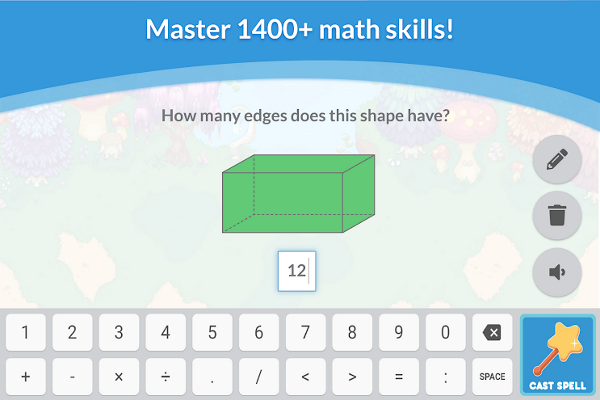 Khan Academy Kids is not necessarily a math game, but the app makes it fun to learn new things. The app not only teaches your kids math with interesting stories and games but also teaches other things like alphabets, spelling, writing, phonics, etc. 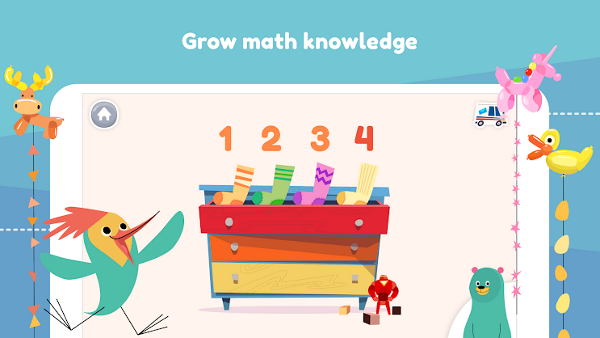 Math Land is an adventure game mainly aimed towards kids to teach basic mathematics like integers, additions, subtractions, divisions, multiplications, etc., in a fun and easy way. In the game, you are a pirate who is helping an island remove obstacles and traps using various in-game items and your math skills placed by an evil pirate. 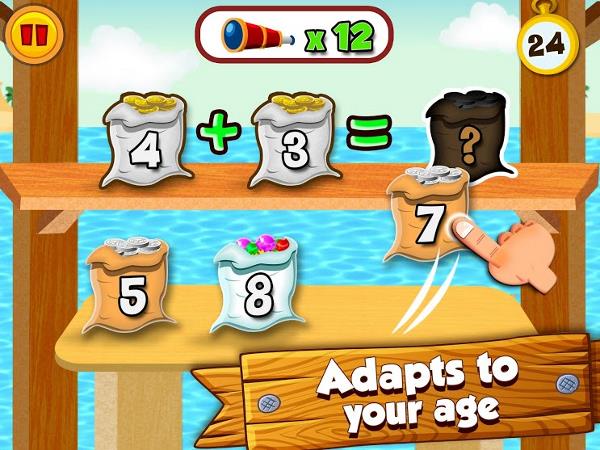 Hope that helps. Comment below if you think I missed any of your favorite math game apps.