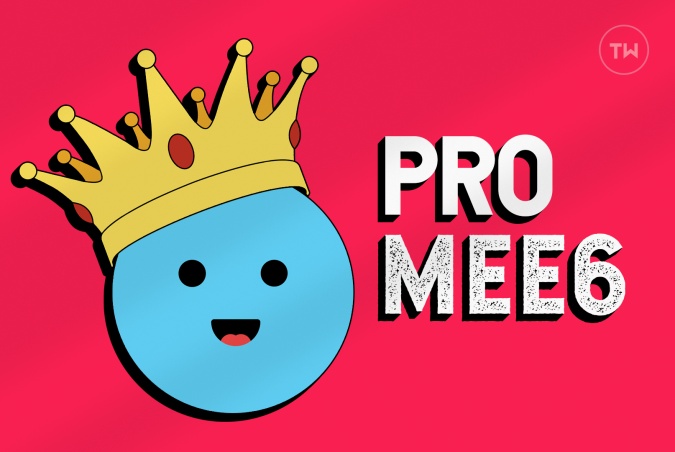 MEE6 is one of the most popular bots on Discord. It is a multi-functional bot that can replace a ton of other bots. But many users and admins aren’t able to use it to its full capacity and don’t know about some of the best MEE6 commands.

But there are many underrated features in MEE6 that you can access with commands. Here is a long list of MEE6 commands you can take advantage of to make your server management easier, engaging, and more fun.

Before getting started, the prefix of all MEE6 commands are ! (exclamation mark). MEE6 can only read command messages that have this prefix. Unlike other bots, the option to change the prefix is a premium feature. So if you are already a premium user, open the MEE6 dashboard > Settings and scroll down to the commands section where you change the prefix.

But if you aren’t a premium subscriber, you have to rely on the default prefix even if it interferes with other bots sometimes. Anyhow, you can use / (slash) as a prefix for every bot. That being said, let’s get started with moderation commands that most people use MEE6 for primarily.

1. Let me club these basic commands that everyone knows. !ban, !unban, !mute, !unmute, and !Kick. Banning, Muting, and Kicking might look similar. But when you ban, the user cannot read or write messages. when muted, he/she can read messages but can’t reply. Whereas Kick means directly removing the user from the server.

!ban @username – Used to ban but you can use the same structure for other commands.

2. But did you know you can also ban them temporarily?

!tempban @username duration – duration can be something like 4h 30m, or 4d 12h 30m 20s. Similarly, you also can temporarily mute someone with the !tempmute command.

3. !warn @username – used to warn users. You can also add a reason, in the end, to explain why the user was warned. A series of warnings can decrease users’ ranking if you also use leveling system, also supported by MEE6.

4. !user-info @username – will be useful to get info about a specific user. That includes what role he is in, what permissions he has, his warning and ban history, Discord joining date, and server joining date.

Similarly, you can also try !role-info [role name] and !server-info [server name] to find details about roles and the server itself respectfully.

5. !Infractions @username – to know past infractions of the specific user. It will display details such as bans, warnings, mute, etc. history in three-time ranges which are past 24 hours, 1 week, and then total. You can also remove infractions from here.

6. !clear-all-infractions @username – to remove all infractions of a specific user.

7. !play [URL] or [song name] to start playing the song, !resume to resume, !queue to start to a queue, !add [URL] or [Song name] to add to queue, !clear-queue to clean the queue, !skip to skip to next song and !previous to go back to the last song.

Here are some commands that you can take advantage of.

8. !seek [position] to change the current track’s position. For example, !seek 1m25s to start playing the current song from that time onwards where m is minute and s is for seconds.

9. !join to add a bot to your voice channel. So when you are switching voice channels, the bots follow you instead of you having to change the channel for the bot every time. You can also use !leave to make the bot stop following you.

10. !vote-skip – you can use this MEE6 command to create a vote to skip the song instead of skipping on your own. Might be useful if there are a lot of people on the server.

11. !start-quiz – one of the features that most people don’t even know exists. It starts a music-based quiz show on your channel. Just use the MEE6 command !stop-quiz to stop the quiz.

While the levels feature works completely automated, there are few commands that help users on the server to check their stats.

12. !levels – to get a link to the leaderboard for your server.

14. !rank @username – to get the rank details of the specified user.

15. Admin can use !give-xp @username and !remove-xp @username to add and remove points that basically affect the user’s rank in the server. But, it is a premium feature.

This is a recent addition to MEE6 bot where you can get the birthday details of users on the server. It will grab details from their profile and make a list to send reminders later.

16. !next-birthday – displays list of next 10 birthdays in the server.

18. !remember-birthday [date] – to add your birthday. Add the date in YYYY-MM-DD or MM-DD format.

20. !forget-birthday – to remove your birthday.

But there are even more Discord MEE6 commands that you will find useful or even just fun.

22. !imgur [search] – This will post a meme trending on keyword right now. So you can try something like !imgur dogecoin.

23. !youtube [search] – to search YouTube and play videos inside Discord where everyone can watch it. The video will be embedded.

24. !twitch – to search Twitch streams from inside Discord.

These are commands that control messages in the Discord server.

26. !slow-mode – enables slow mode with the set time. So, if time is set to 10 seconds, users will have to wait for 10 seconds before sending another message. Useful to control spam.

MEE6 has an option to create a temporary channel called Hubs. It will be enabled by default but if you are an admin, you can disable it from the MEE6 dashboard. But you need to be a MEE6 premium subscriber to access this feature.

27. !Voice-claim – to claim ownership of the temporary voice channel.

29. !Voice-owner – to find the owner of each voice channel.

30. !voice-limit [number] – to limit users to that specific number.

31. !voice-transfer @username @username – to transfer ownership from first user to the second user.

The Economy is an underrated MEE6 command where you can gamble and play games on your server with a fake currency called MEE6 currency. You can change the name of the currency from the dashboard > Economy. People can also create fake items and sell them for fake money.

33. !coins – to get the amount of coins everyone have in the server.

34. !guess – play Guess the Number game to win coins. You get five chances to guess the exact number bot is going to reveal.

36. !richest – to know the richest player on the server.

I have listed out all the best MEE6 commands that may help you use the popular bot effectively. You may find a few other commands like !pokemon to know more about particular pokemon, but I have neglected them to keep the list short.

Also Read: How to Allow Users to Self Assign Their Roles on Discord Server Using MEE6