The Best Tech Trends From CES 2020

CES (short for Consumer Electronics Show) officially ended in Las Vegas yesterday. And like every year, CES featured a lot of concept devices and innovative technologies like rotating TVs, folding phones, electric vehicles and much more to give consumers a glimpse of what will soon in the market.

The point is most of these devices might not even see the day of light and you need not necessarily know about all of them. So, to keep it short here are some of the unique concepts and technologies from the CES 2020.

OnePlus came out of with their concept phone which integrates an electrochromic glass on the back that can hide the rear cameras. Electrochromic glass has the capability to go opaque as soon as electricity is supplied to it. Apart from this, the dark glass also doubles up as an ND-8 filter to cut off the extra light when the sensor is wide open. 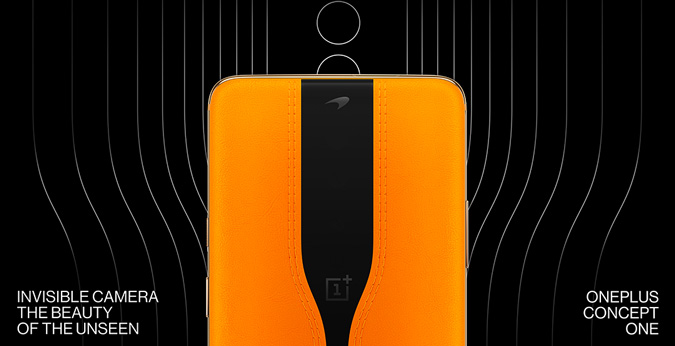 The Samsung S11 event is far out but Samsung dropped a couple of devices at the CES – the S10 Lite and the Note 10 Lite. Both of them are almost identical with the following similarities. 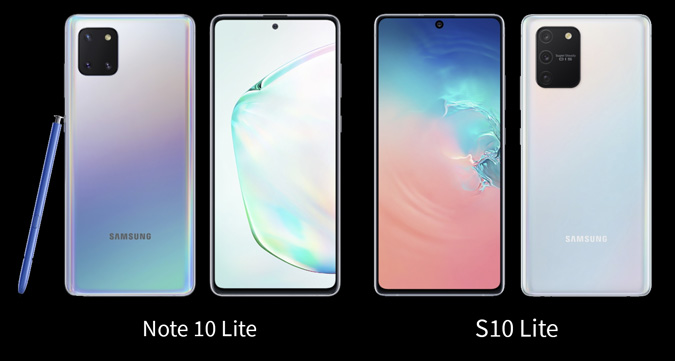 It’s the first foldable phone of 2020 but it embarks there’s a lot more to come. TCL followed the same Moto Razer design wherein the glass slides in the gaps allowing the display to bend and fall flat. TCL is using its in-house plastic OLED panels and this foldable is an extremely early prototype. They further said that they are waiting for foldable glass panels and the software to get better before the device could be rolled into consumer production. 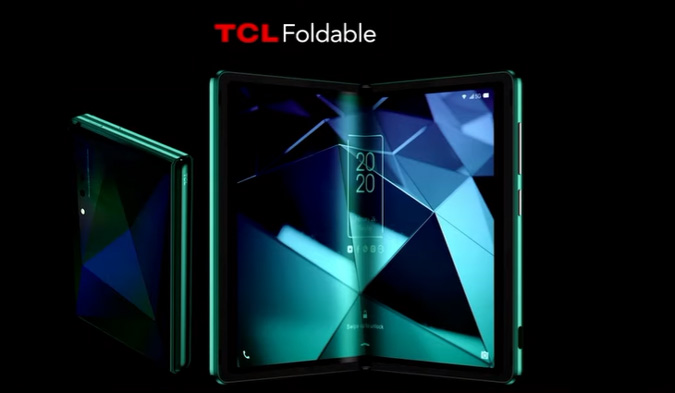 Samsung had a lot of smart IoTs to show off this CES and the one that caught my attention was “Ballie”. It’s a tiny friendly robot about the shape and size of a Lemondrop Melon. Ballie has a single camera for object & people detection that follows you along like more of like a companion rather than a robot. It runs on Samsung’s in-house Exynos chip to perform real-time image processing and calculations. As of now, Ballie can only respond to a few voice commands and interact with even fewer Samsung smart devices. 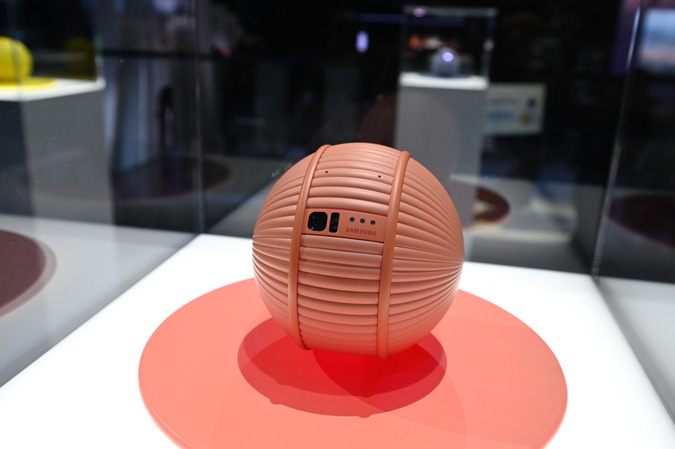 Along with the phones, Samsung also unveiled the much-anticipated 8k QLED TV. The most amazing thing was the nearly bezel-less display with nearly 99% screen-to-body ratio. Samsung stated that since there is a lack of 8k content, the Sero TV will be upscaling all 4k content to 8k. Along similar lines, LG also unveiled a bunch of true 8k OLED TVs with nano display technology. 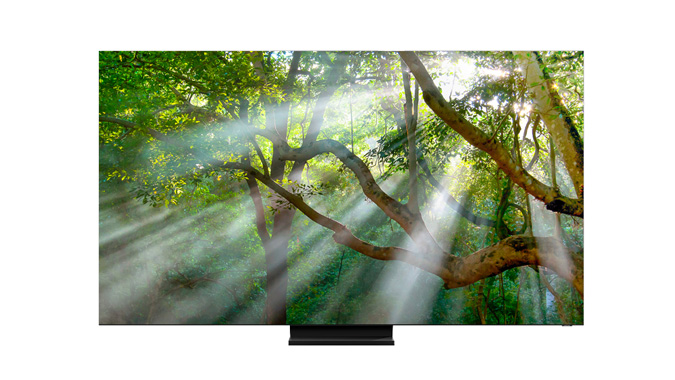 Out of the Samsung booth, you also had the bizarre portrait turning 43-inch 4k QLED Sero TV. It functions on top of a non-removable stand which also has a built-in 4.1 channel 60-watt speaker. The TV is concentrated more towards users who view mobile content. So, if you have a Samsung device mirroring to the TV, it will automatically turn according to the orientation of your mobile. 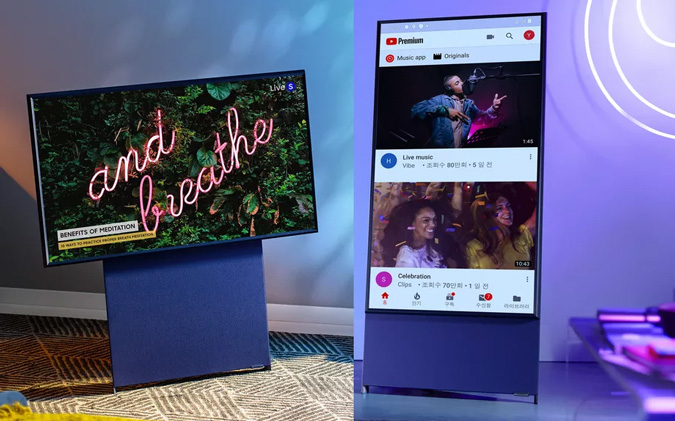 Samsung, this past year, acquired the AI food recipe app Whisk and is already started integrating it. Within its hub of IoT devices, Samsung showed off an AI-powered fridge – Family Hub. With the help of Whisk and a camera, it can recognize the groceries inside and accordingly suggest things you are short on. Additionally, it will also recommend recipes based on groceries you have in stock. 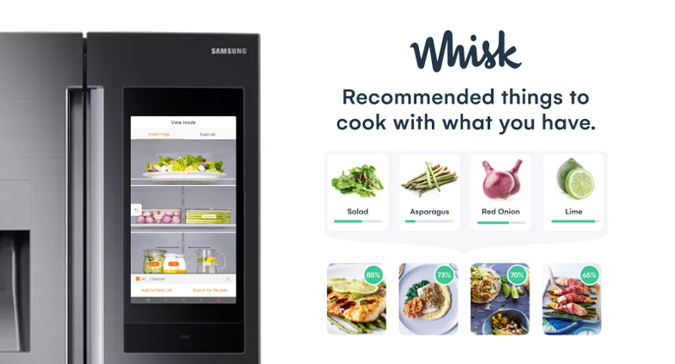 There are demands for premium high-end Chromebooks and Samsung is addressing them first. The Samsung Galaxy Chromebook features a 13.30-inch 4k AMOLED display with a 10th-Gen Intel Core-i5. The laptop is a 2-in-1 convertible and also includes the S-pen stylus. The device will soon hit the market with a price tag of $999. 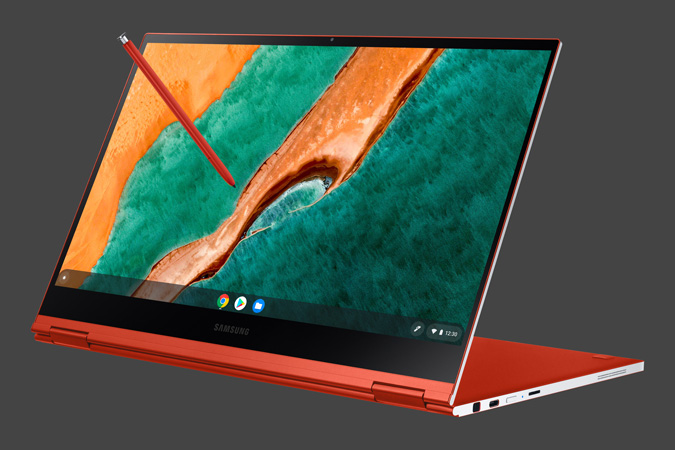 Alienware revealed its extremely thick Nintendo-switch like gaming device called Alienware UFO. It consists of an 8-inch 1200p display with a set of detachable controllers on either side. The most fascinating thing about the UFO is that it runs on Windows 10 (skinned Windows 10) which enables you to play regular PC games on it. Moreover, the device has USB-C ports on the top and the bottom so you can use it as a normal PC. 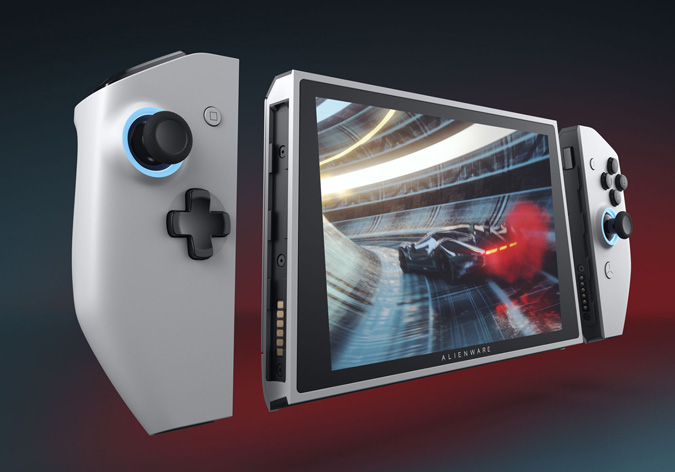 Intel surprisingly revealed a dedicated graphics card, the Intel Xe DG1 and that’s about it. We don’t have any details about the number of processor units, clock speed, RAM type, etc. The only giveaway is that it runs on a 10 nm processor and it would have three different microarchitectures – the Intel Xe LP, Xe HP, and Xe HPC.

Note that, the Xe DG1 is not Intel’s first discrete GPU. Back in 1998, Intel had a whole chain of discrete GPUs being sold. 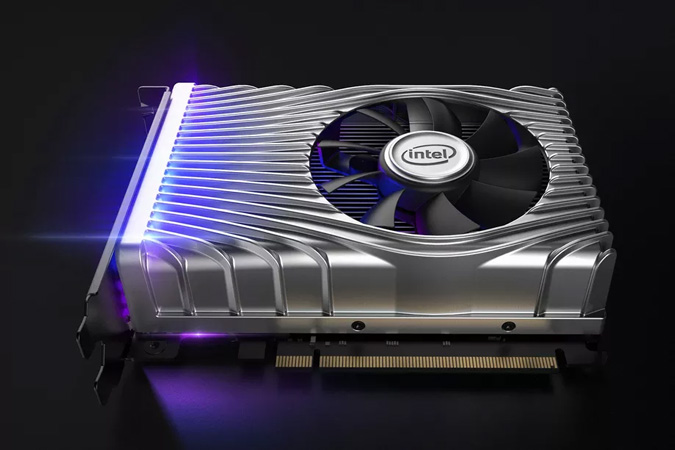 Team Red was also on its toes and they launched a bunch of products. The most sought-after was the AMD Ryzen 4000 mobile CPUs for laptops and notebooks. The chip built on 7 nm design features an 8-cores 16-threads with a boost clock of up to 4.2 GHz. The chips will be backed up by onboard Vega graphics. 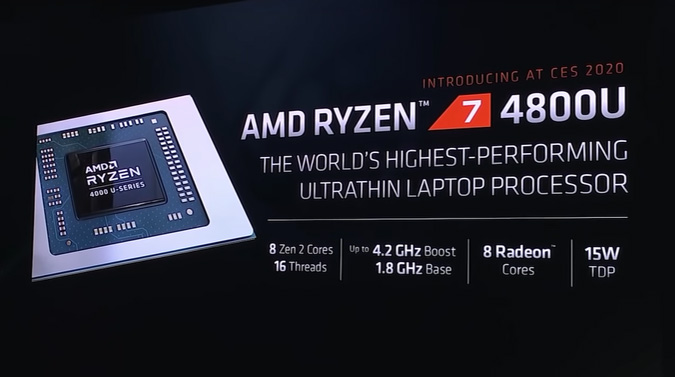 In case you didn’t know, Byton is a Chinese EV manufacturer. Back in 2018, they teased an electric vehicle with a huge 48-inch touch screen on the dashboard. Apart from that, you have a touch screen right on the steering wheel and the other one at the center console. With all these displays, things can get slightly distracting because you have to look at the touch displays when you interact with them.

However, Byton is seriously betting on partial or fully-functional self-driving technology and when that comes in play, these displays might function as a great entertainment center. 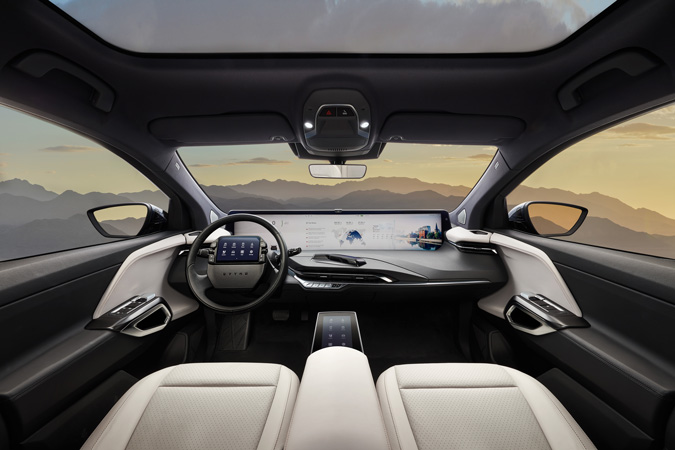 Talking about EV’s, Sony was the recent one to join the party with the Sony VISION-S. Although, this is a prototype model build incorporation with Magna International. The interior of the car faces a huge array of displays on the dashboard much like the Byton. Sony concentrated more towards providing the latest technology available and a huge chunk was concentrated on Entertainment. 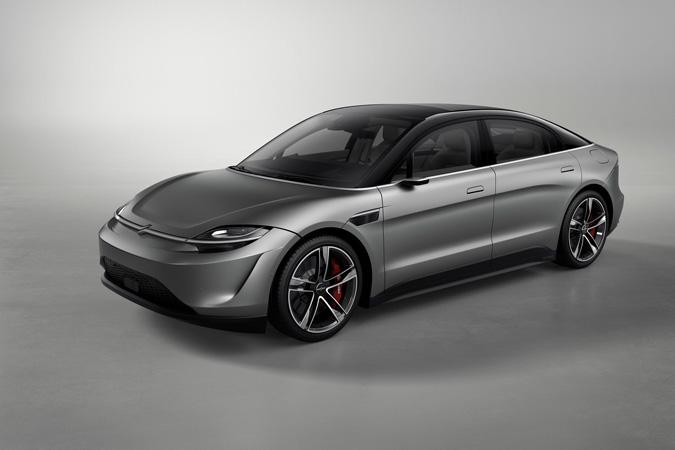 Also Read: Do I Need a Smartwatch? No, You Don’t

9 Best Google Docs Add-Ons to Get the...