Indian Government recently banned 59 Chinese apps including parallel Space as a security measure. For the unknown, Parallel Space is a popular Android app that lets you run multiple instances of a single app. However, the app does seem to have its fair share of problems like bloated with storage manager, task manager, an in-built browser which are completely pointless for an app that just needs to create a duplicate. Having said that, here are some other apps that you need to consider.

If you have a smartphone from either Xiaomi, Vivo, Realme, OnePlus, or even Samsung, then chances are you already have a native option to clone installed apps. But there are few differences such as Xiaomi’s Dual Apps, Vivo’s App Clone, Realme’s Clone Apps allow you to clone any app installed on your phone. Whereas Samsung’s Dual Messager and OnePlus’s Parallel Apps only allow you to create clone apps for social media and messaging platforms like Instagram and Whatsapp.

So as long as you want to run two WhatsApp or Facebook accounts on the same phone, these native options should work just fine. However, if you have a stock Android, then the next app is for you. 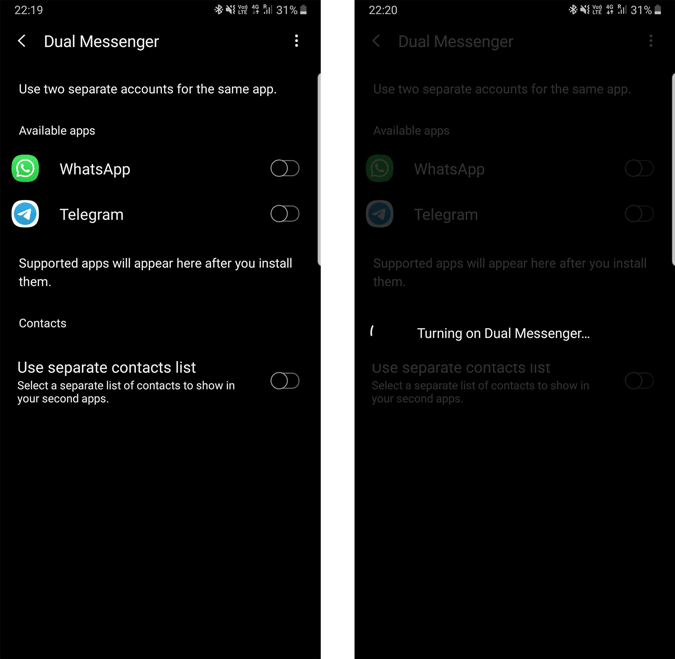 Speaking of Stock Android, Shelter is an App for you. Remember early versions of Android when you can create multiple user accounts, Shelter provides you the option to do just that on new versions. In fact, it is not just a clone app, but you can download any app in that work profile. As an added bonus, it is also a free and open-source app, so it is more privacy-focused and also has no ads.

The only caveat being, this app only works with Stock Android, if you are using a custom version of Androids like MIUI or One UI, this app doesn’t work.

Multi Parallel is a perfect 3rd party Parallel Space alternative. It works just like Parallel Space where you can just create a duplicate clone app of the already installed app. There are even lock settings for pattern lock and fingerprint just like on the parallel Space. This app is also significantly lighter, smoother, and also app open times are much faster comparatively.

But this app has a lot of ads that can really irritate you. But you can get rid of them by choosing the VIP version for Rs 300. 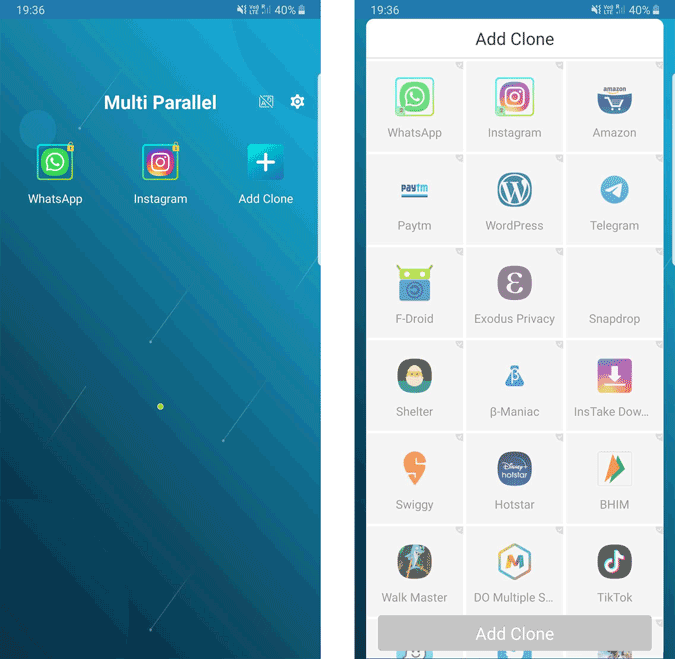 This is an Indian app with fewer ads comparing to Multi Parallel. But if you care about additional features like app locking or multiple accounts, you need to join the VIP version which is a monthly subscription of Rs 270. Or you can choose a yearly plan for Rs 1,600. But if you are just looking for an app that can create a clone, Do Multiple Space is a better app considering it has fewer ads and much cleaner design than Multi Parallel. 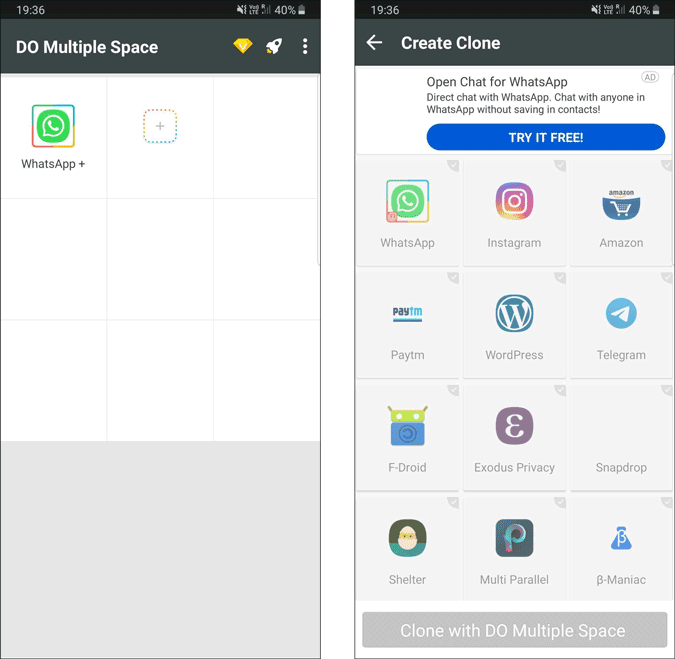 Both Multi Parallel and Do Multiple Space support more than 1 account. This means you can clone any app as many times as you want, but you can only access them by choosing the VIP version. If your main priority is required using a single app more than multiple times, Super Clone is a no brainer. I have tested out more than 10 apps and only Super Clone supports the feature for free.

Just like Multi Parallel, this app also has a lot of ads, but you can remove them by choosing a VIP version of s 200/month. Or you can choose a yearly subscription for Rs 1,450. Anyhow, you get all the pro features for free including pattern lock and multiple accounts. 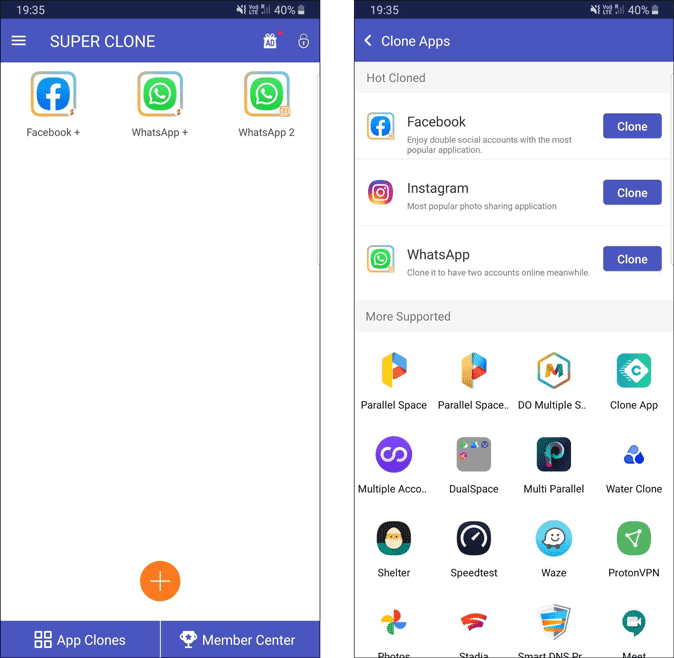 I have tested out many apps but most of them are just clones of one another which adds even more ads and even more complexion. If you are using a native android, you can choose shelter. Or if you can prefer the default one provided by the OEM. If you are not into both the categories, Multi Parallel, Do Multiple Space and Super Clone are good enough to consider.