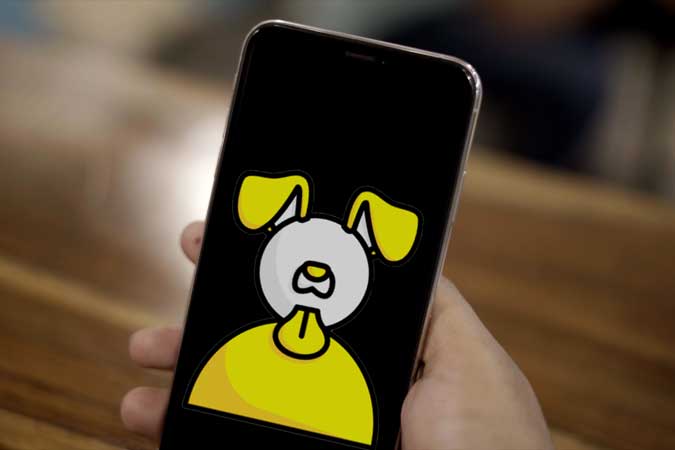 Snapchat was the first to introduce lenses for Stories and it got so popular that it has been uphill ever since. Even competitors like Instagram has their own set of filters that offer a personalized touch. One of the reasons behind the immense popularity of these Snapchat lenses and filters is that users can create a personalized filter that gives you hundreds of options. However, it also makes it difficult to find good ones from a sea of clones. That’s why I have made a list of some of the best Snapchat filters and lenses you must try at least once. Let’s check those out.

First introduced on TikTok as Time Warp, this filter took the internet by storm and could be seen all over the social media sites and YouTube. While it’s not made by the same person, this Snapchat filter essentially works in a similar fashion. Once you hit the record button, a glowing bar moves from one side to the other (or top to bottom), freezing the row(or column) of pixels creating hilariously ingenious results.

Get Screen Scanner Pro for Snapchat

Split Time is another clever Snapchat lens that splits the preview screen into horizontal sections and as you move, each section delays just a little bit, creating an illusion that you’re glitching in real time. It looks really cool and you can have lots of fun with it.

Get Split Time for Snapchat

YouTube Caption is another fun Snapchat filter where you can create that YouTube caption meme where the title of a YouTube video is something hilarious. You just need to open the filter and tap to generate a random and hilarious caption. It’s great for schitz and giggles.

The next Snapchat filter allows you to shoot Stories in Black and White with just one hue showing up in the entire frame. You can adjust the slider to preview how that color would look on the screen and how many background elements have that hue. It’s finicky at times but works really well in good lighting.

Get Show Only 1 Color for Snapchat

Taken right out of “The Eric Andre Show”, We’ll Be Right Back puts the punchline right on your Story with a bold text and a freeze-frame with the background music of “Oregon Spirit”. The only way you’d find this lens interesting if you’re already a fan of the show.

Get We’ll Be Right Back for Snapchat

Face Glitch uses AR to do some real-time morphing on your face. The Snapchat filter simply pulls your facial features down as if your face was literally melting. It doesn’t do anything else but works as a novelty.

Get Face Glitch for Snapchat

Cartoon is a special lens offered by Snapchat that transforms your face into a cartoon while seamlessly blending the skin tone and facial features. The cartoon face looks very similar to your original face which makes the filter on par with memojis.

Get Cartoon for Snapchat

If you move around or dance a lot on your Snaps, this Snapchat lens can put a next level zing by adding a dynamic flame to your body. The filters recognizes your body parts and only puts the fire around you which creates a stunning effect. You can even adjust the color and intensity of the flames.

Get Fire and Flame for Snapchat

Ever wondered how you would look with a thick beard, a unibrow, or if you were bald? Well, this Snapchat lens does all that and even lets you morph any face with those cosmetic augments. Trust me, you DO want this.

Get Bald Character for Snapchat

Golden Hour is considered one of the best times to record vlogs and videos in the photography world. As the lighting at that time is softer and warmer giving your skin a magical hue. Now, you can create the Golden Hour at any time of the day with this Snapchat filter.

Get Golden Hour for Snapchat

Grainy pictures have its own aesthetic and people go out of their way to capture images that way, Grain Filter puts the film-style grain on your Snap Stories and makes your videos look boujee but in a good way.

Get Grain Filter for Snapchat

This AR-based Snapchat Lens scans your room and lets you put a toilet bowl anywhere in the room. Yes, it’s french.

Get Toilet for Snapchat

Four Eyed Pet is a hilarious yet weird filter for Snapchat that puts two-pair of bulging eyeballs on your face where your normal eyes rest. Not just that, the eyes are super realistic and the filter works with your cats and dogs as well.

Get Four Eyed Pet for Snapchat

If you have been on the internet for a while and haven’t rickrolled anyone then this filter is one of the sneakiest ways to do it on Snapchat. You can start the Story normally and simply tap the screen midway to cutaway to the good ol’ Rick Astley’s legendary “Never Gonna Give You Up“.

Get Rick Roll for Snapchat

Spongebob Squarepants has been around for so long that it has crossed the generational border and is recognizable among old and young alike. The ridiculous timecards have become a colloquial way of representing the passage of time and now you can incorporate those in your Snaps. Simply swipe down to select a time card and tap to put it over the screen.

Get Spongebob Time Cards for Snapchat

These were a few of my favorite best Snapchat filters and lenses that everyone must try. All of these filters utilize some element of the pop-culture and that’s what makes them unique. If you have a better filter that I haven’t listed above, let me know on Twitter.

Also Read: How to Create your Own Selfie Stickers on Instagram?