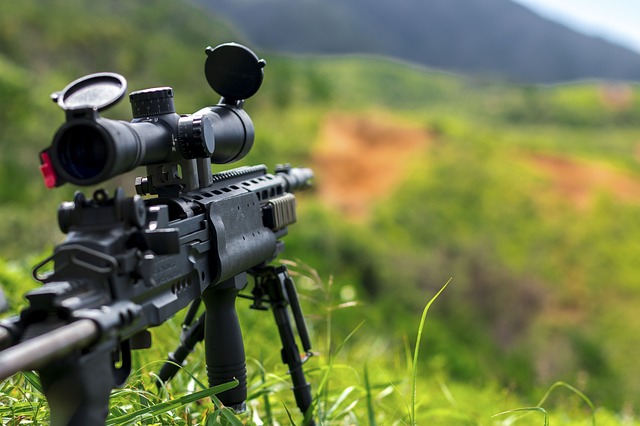 If you love playing shooting games on your phone, you might have already tried tons of rifle options in them. In my opinion, since most of these games aren’t made especially keeping in mind the sniper-style love a lot of us have. You might want to look at various other apps that feature pure sniper-style gameplay. So, let’s not waste time and look at the best sniper games on iOS & Android, right away!

This sniper game is for you if you love to try out a beginner animated sniper games. There is no menu in the app, so the game starts as soon as you open the app. The controls are very basic, where you tap to zoom in and let go, to fire. The aim of the game is to shoot thugs which can be one or more depending on the level of the game you’re at. Besides that, you have settings, where you can enable/disable the haptics, sound, and music.

The app comes with ads that you can remove for $3.5/one time payment. 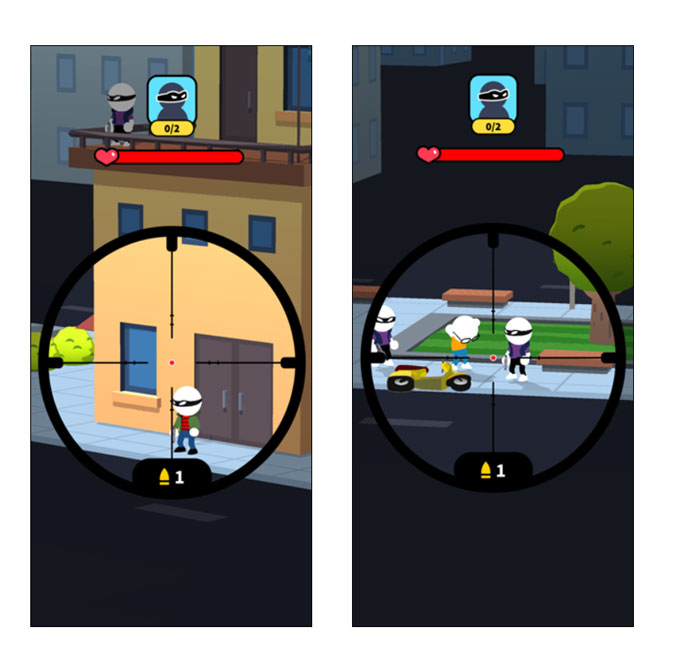 The objective of this game is to hunt down guys, that have caused harm to the public, like, a massacre, escaping criminals, rescuing hostages, etc. The game starts with a very intuitive tutorial, which makes it easy for someone who is playing the first-person shooter for the first time. As you move ahead and gain more rewards, you can upgrade your weapon, which varies in range, damages, stability and would enhance your skills. The game has mission-type gameplay which opens a 21 city mission map as you finish initial missions. For every kill you make you get a mission reward in addition to bonus points for headshots.

With a theme of a post-apocalyptic world, where the player is entrusted to protect the world, this one comes as a refresher in the graphic and montages than the other apps. The app is a bit similar to the above app in its gameplay, where you have basic controls, zoom feature, multiple mission maps, and a common aim, to kill the enemy. However, it adds a bit more to spice up the gameplay with two-way weapon switch, time slow down and radar mode to detect zombies. In addition, there are also unlock special missions to kill zombie bosses, use dogs to hunt treasure and kill zombies and you can even trade your role and play as a zombie.

If you’re already a fan of the Hitman series, chances are you’re going to find this game interesting as well. You jump into the shows of the famous hitman, Agent 47, and go on to complete over 150 tactical missions in the country of Montenegro. The game isn’t just the normal point and shoots game, but you get secondary targets, like destroying the laptop, shooting security personnel and making it look like an accident. The app also has a Facebook integration, so you can always check the leaderboard and also challenge your friends.

The game isn’t free, which isn’t a downside in my opinion as it costs, $0.99, which is nothing when compared to the quality of the gameplay.

Get Hitman Sniper for ( iOS | Android ) 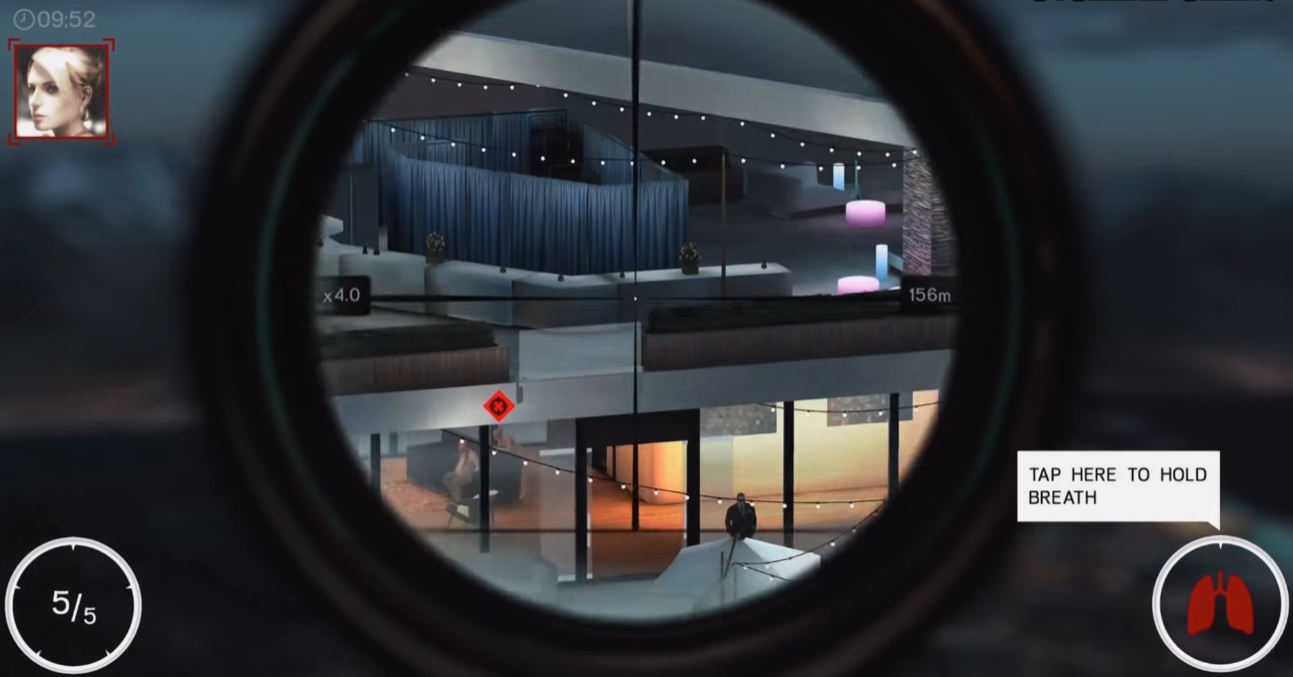 If you’ve played Medal of Honor before, consider this game to be a similar version of it, only with snipers. The best about this game is the UI and immersive high-quality graphics. While most of the games keep the player static (which is how snipers operate). This one is a mix of both. The player runs around along (automatic) to detect and kill enemies. Since the movement is automatic, you can concentrate on getting that headshot every time, and enjoy the slow-mo kill with the kill cam preview. Other basic features, like zoom features, weapon upgrade, etc are the same. If you want some crazy graphical gaming, don’t think and install it right away!

Get Sniper Strike for ( iOS | Android )

This one is a neo-noir-style crime drama game with incredible storytelling and comic book style previews. The game is divided into chapters, for example, the first one is about the sniper finishing hunting people for a criminal group ‘The Assembly’. I found the game a bit hard because, firstly it’s very well designed, so the sniper movement is quite heavily like a real one. Secondly, the game also has small tit-bits and puzzles which make it harder to complete a mission without a fail in one go(you’ll understand as you play). The game has by far the best comic-style storytelling I have seen so far, which is another reason it’ll grip you until you finish the game.

Get LONEWOLF – A Sniper Story for Android 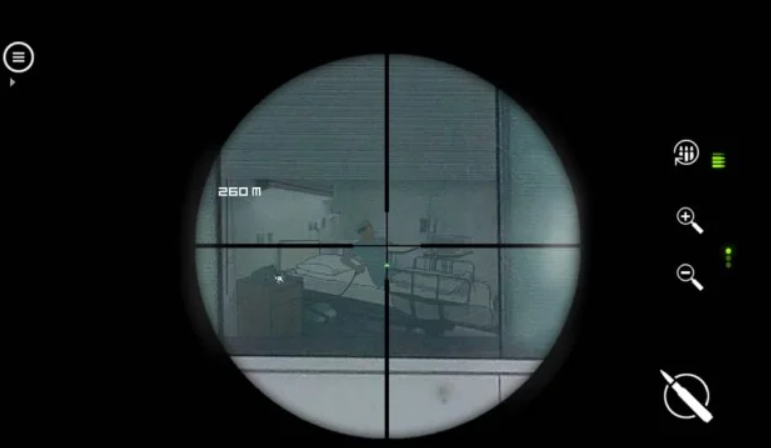 If you want more of a free-world game with not just snipers, but other weapons and arsenal, there is nothing better than PUBG. You not only get to play it with other players online, but the astonishing never-ending gameplay is also most likely to keep you hooked until you fetch the chicken dinner. Sniper riflers let you sit back and hit targets from a distance. Although they can be slow it’s a great option since there are so many players in the game with different skills. You have bolt-on snipers such as the Kar98, M24, Arctic Warfare Magnum, etc. Besides that, you can exchange scopes and refill ammo to keep your sniper going. 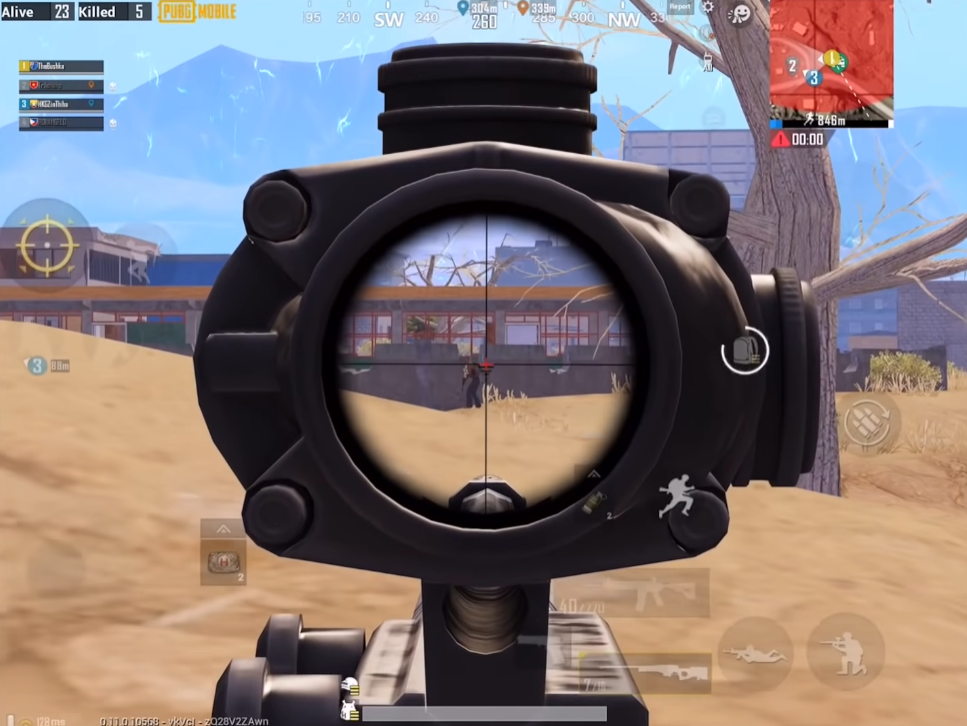 So, these were the best sniper games on iOS & Android. If you ask me, I’d highly recommend, Lonewolf, as it not only has a great storyline but the gameplay is also well designed. Even the comic like story portrayal is very immersive. You can also try out Hitman if you’re ready to shell out a few bucks. The game isn’t just a simple point and shoot, but you need a bit of strategizing as well. Lastly, you already know about PubG, it’s sort of like all games combined into one!