Home » Internet » 5 Best TikTok Alternatives That You Must Consider Seriously

5 Best TikTok Alternatives That You Must Consider Seriously 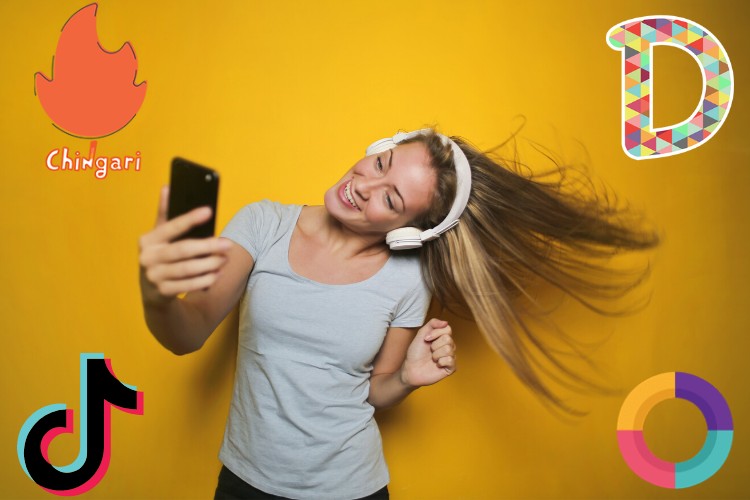 One of the primary reasons why you must consider TikTok alternatives is security and privacy. Apple recently unveiled iOS 14 and with it came a new feature where users are warned when app steals clipboard data. In fact, it does so every 2-3 keystrokes. This is not the first time that Bytedance, Chinese giant owned TikTok, has been caught in the middle of a storm. From censoring content to raising national security alarms, TikTok has been in the news for more wrong reasons than right. Time to move on?

The recent ban on TikTok in India owing to the on-going Indo-Chinese conflict has given rise to a number of TikTok alternatives. Even the U.S. is considering banning TikTok in coming future. With all that happening around, here are some of the best ones below. Let’s begin.

Mitron is the perfect clone of TikTok and that can be a good thing. It will make users feel right at home when they open the app for the first time. TikTok had cracked the UI and experience. I wish there are some originality in the app but it is what it is. You can create an account using your Google or Facebook account and begin posting videos or following other users. Once in, you will find all the familiar options like Home, Discover, Create, Inbox and Profile.

Describing itself ‘free short video and social platform’, Mitron has taken its name from a catchphrase that was made popular by none other current PM of India, Narendra Modi. It means friends in Hindi, India’s national language. And that’s exactly what social media sites are all about. Friendship.

Mitron is a carbon copy of TikTok but lacks several of its features like AR effects, advanced filters, and special effects. Everything is just less but maybe things should improve in the future as they have recently raised funding.

Roposo, founded by IITans in 2013, is another TikTok with a near-identical layout and UI (with a twist) which means you will feel right at home using it. Roposo is available on both Android and iOS platforms which is cool. I hope the competition will soon catch up and launch for Apple users too. Roposo comes with a collection of stickers that will add more spice to your videos and clips. 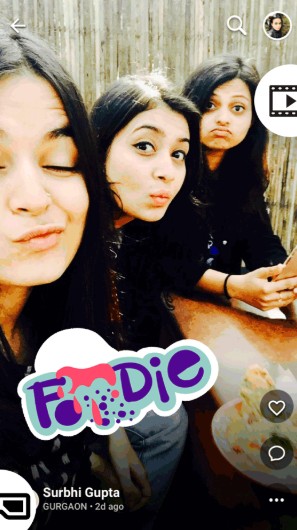 Adding voiceovers and recording videos is as easy as eating a pie. Roposo has a lot of channels covering different niches and new ones are being added all the time. This is where Roposo differs from TikTok and it’s copycats. You can access different genres of content easily and right from the home screen. A more targeted approach. Another thing that I like about the app is that you can post anything you like directly to WhatsApp Status.

Roposo has some interesting and new filters and effects that the team has developed in-house. It is a lot more professional in its approach too. It has a coin system that can be redeemed for hard cash via the PayTM app. Roposo recently secured Series C funding.

Chingari became an overnight success thanks to the boycott and controversies that TikTok has suffered in the recent months. There are three tabs called Videos, News, and Games. Two notable differences here are news and games. The title is obvious and this opens up more ways to engage users. You can consume news and know what’s happening around the world. And at the same time, play fun games with friends and family members. 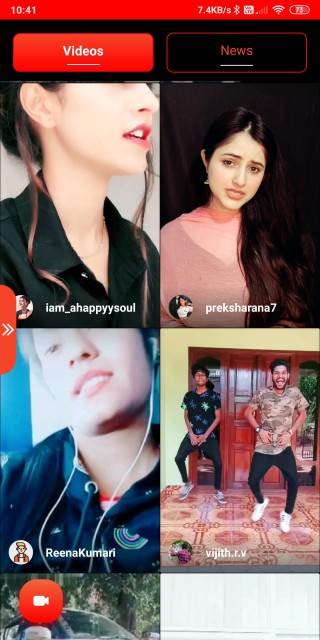 One of the things about TikTok is that you have to play the current video before you can play the next one. Chingari works like YouTube where you can surf through videos and choose which one you want to play. Chingari is a great effort but needs some polishing and some more effects and filters. Noticed two-panel layout? You get to discover more content in the same screen.

Chingari is a refreshing take on TikTok alternatives scene and I am happy they are trying to innovate.

IGTV is owned by Instagram which in turn is owned by Facebook. IGTV is not new on the micro-video scene and though it has all the backing it needs, IGTV hasn’t really taken off in a way some people expected. One of the key ways IGTV differs from TikTok alternatives is the length. You can create anywhere between 15 seconds to 60 minutes long videos. Not really short videos which can be one reason why it is having an identity crisis. 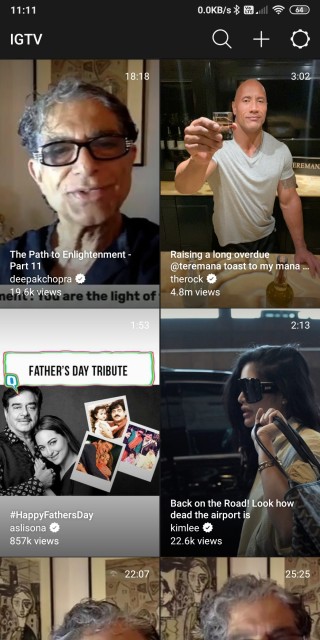 IGTV wants to take on both TikTok and YouTube at the same time and that’s over-ambitious. IGTV integrates with Instagram and so you can add videos to your Insta story from there. But, it’s a good platform where you can create vertical videos with cool effects and everything. Go check it out.

Dubsmash in the OG lip-syncing app that took the world by storm. Gaining millions of users within a short span of time, Dubsmash was so popular that people couldn’t get enough of it. You can call it a precursor to TikTok. It is still popular and the userbase is going strong. 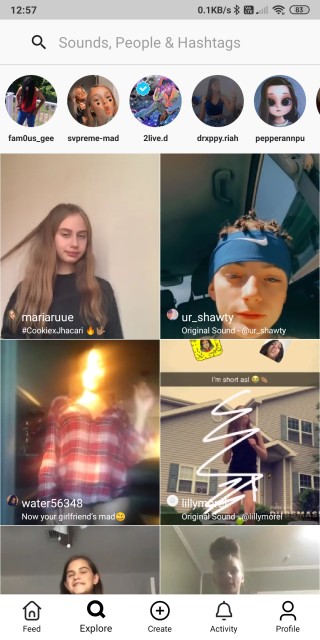 Where Dubsmash falls short is that lip-sync videos is the only thing it is good at. You can create dance, acting, or other videos on the platform. But it is the best at what it does and you will find plenty of videos on the platform to get started. Songs, dialogues, and monologues, it’s all there. The layout is polished and you will notice how other apps mentioned above have copied its dual-panel for the content feed.

These are some of the best TikTok alternatives and you can use any of them. Dubsmash is the most popular of the lot with a global audience base. Rest are more regional in nature but are quickly gaining in popularity across the world. These are all fast-growing apps and you wouldn’t want to miss the train when they truly breakout.