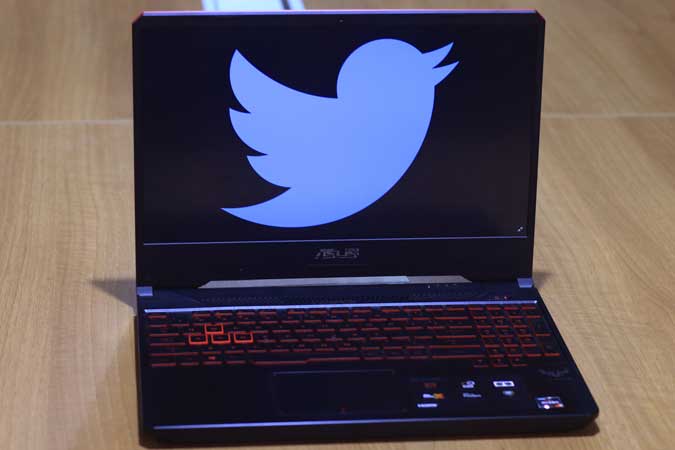 The official Twitter app for Windows used to be a stretched-out version of the mobile app. Though they recently changed the UI, it still does not utilize the extra space that a computer display offers. Apart from that, there are other limitations such as you can’t reply directly from notifications, no multiple windows support, etc. Here are a few Twitter apps which not only use the desktop layout a lot better but also add a few other useful features. Let’s begin.

The first app on the list is a feature-packed Twitter client for Windows. The layout of Fenice is not outstandingly intuitive, but it shows feed, notifications, messages in different timelines using columns, and utilizes the desktop layout better. This layout makes navigation easy and quick.

I recommend Fenice because of the additional features like offline tweeting, interactive notifications, powerful filters to mute hashtags, users, etc. 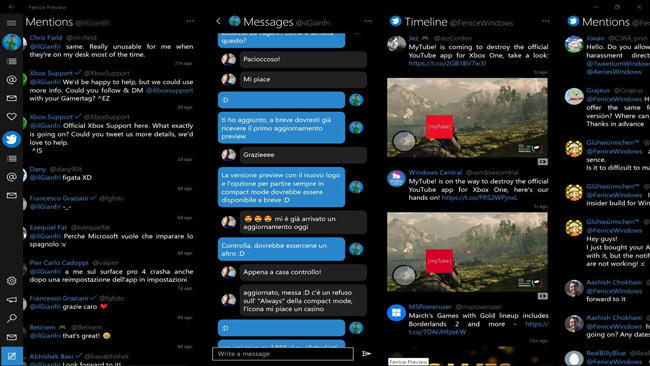 Must Read: How to Protect and Filter your Twitter DMs

Tweeten is one of the best free twitter apps for Windows. It has an interesting design scheme that utilizes the desktop layout similar to Fenice. With features like the ability to schedule tweets, link shortening, advanced filters to mute hashtags and users, spell checking, etc natively inside the app make it an easy sell. Most of these features are normally found only on paid apps. 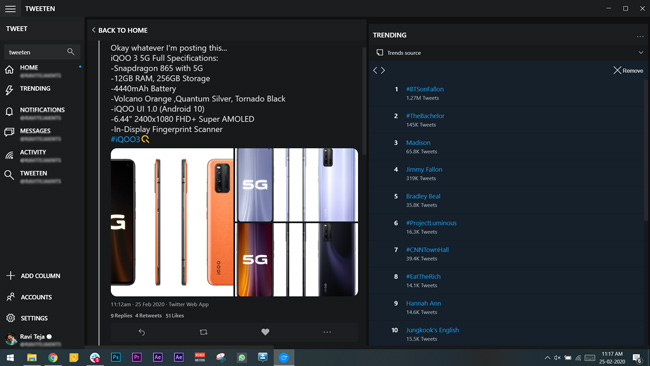 Tweetium has undoubtedly the best design scheme for Twitter. Both the previous apps just changed the layout to offer multiple timelines at a time. But Tweetium offers a different layout showing tweets horizontally. This shows every image in full resolution, so you don’t need to open each tweet to get a clear view. 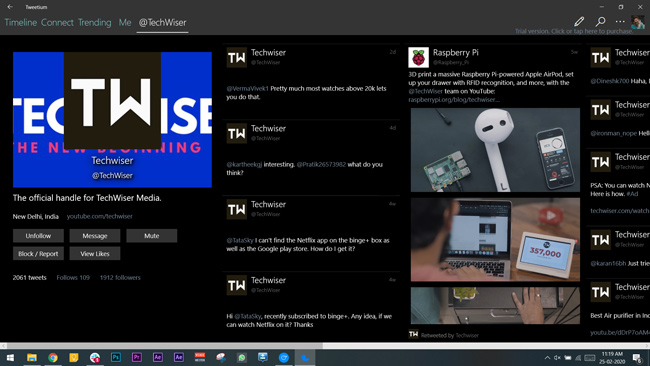 Tweetz is THE app if you want to be active on Twitter at all times. Although it lacks a few features, it can be a useful secondary app. Tweetz is just a small window that stays on top of your screen irrespective of the app you are using. It shows you feed, notifications, direct messages, likes which is more than enough for a secondary app. Think of it as a ticker for twitter. 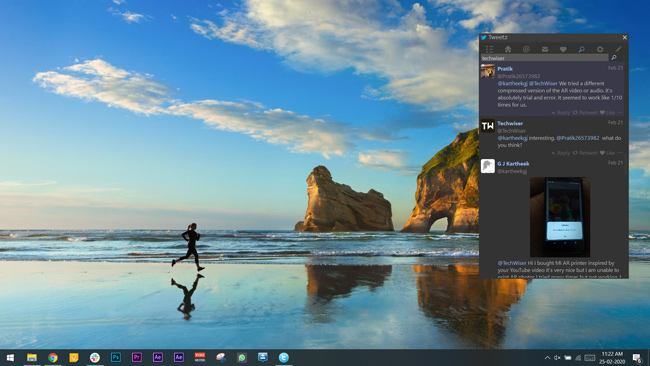 TweetDeck layout is similar to Fenice and Tweeten. It was an independent app when it started but later acquired by Twitter. It shows you multiple timelines for feed, notifications, explore, messages, etc and it is one of the most used Twitter clients on Windows and Mac. 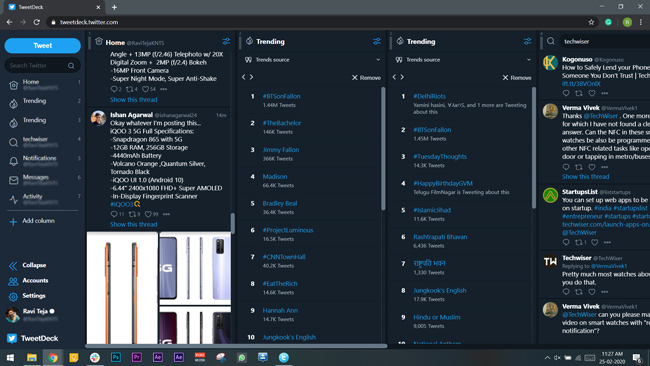 Raven makes a few little changes to the official Twitter app. For example, you get a few better things like quick actions, posting a tweet, etc. Tweeting with the official twitter app blocks the entire app, but Raven creates a way to post the tweet and browse simultaneously. It also has a better way to save drafts.

Other than that, you have a few extra features like automatically unfollow people who are not following you, multiple windows support, in-app browser, etc. 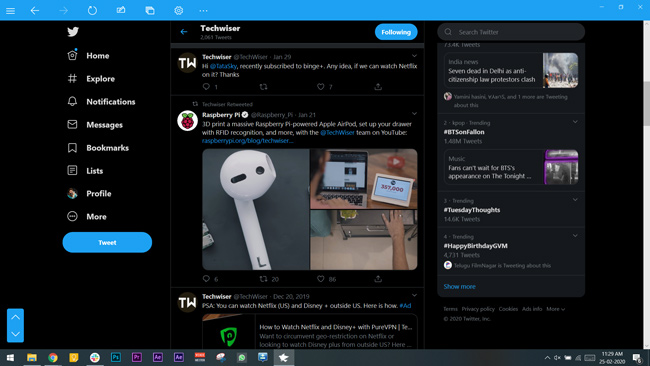 Okay, not a Twitter client but even more than that. It can be used as a planner, to store drafts posts for Twitter, and to manage other social media platforms. You can see tweets, your profile, and notifications right in the app. You can also Like, Retweet, and Reply from the Hootsuite app itself.

Visit Hootsuite (Free up to 3 accounts ) 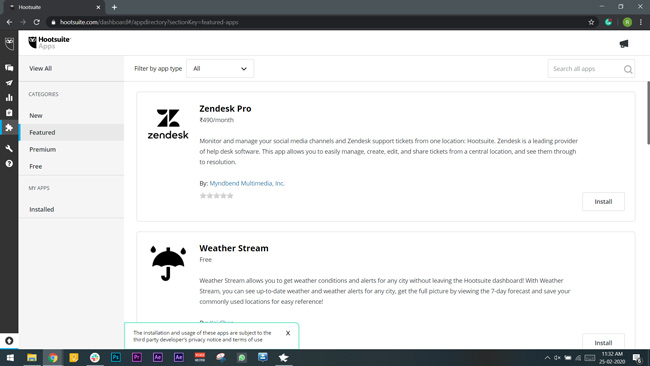 Though the official Twitter app is always making updates to get better, it still lags in a few things like notifications, scheduling messages and using the desktop layout. But as we have these alternatives, you can get the Twitter app with all the features you like. Tweetium is something that I like and personally use. So, what’s your favorite Twitter Client for Windows? Let me know in the comments below.

10 Things to Know About Add Yours Sticker...