Best Upcoming PS4 Games That Are Set to Release in 2019 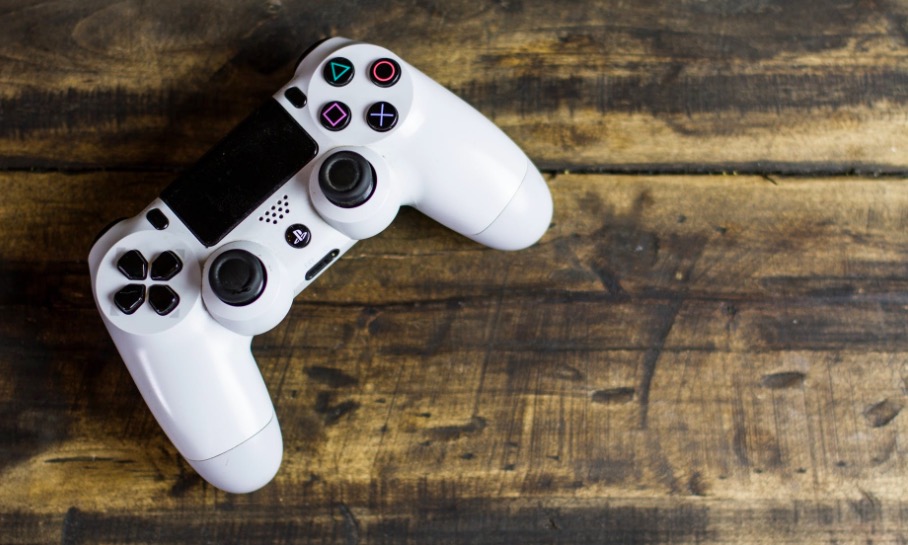 2019 has been great so far for PS4 gamers with releases like the Resident Evil 2 remake, Sekiro: Shadows Die Twice, Metro Exodus, Devil May Cry 5. These are some of the AAA titles that were a huge hit and plenty of exciting games that are still yet come out this year. Whilst, there are no games that’ll make you take a day off at work, there are some huge names that’ll grab your attention. The likes of CD Projekt Red’s Cyberpunk 2077 and the much-anticipated sequel from Naughty Dog, The Last of Us Part 2.

We love the PS4 for its exclusives and the community, heaps of PS4 games come out every year and we’re not even including the VR. There are games that have tentative release dates and there are ones that are set to release beyond 2019.

Let’s talk about all the big and indie titles that we think look promising and fun, based on the developer’s reputation and its gameplay for the PS4.

Zombie fatigue is real but Bend studio’s take on the genre looks rather interesting with Deacon (the protagonist ) fighting hordes of zombies or Freakers, in this case, at once. Balancing ammo and using environmental cues play a keen role in most battles.

Narratively, it feels like a mix of ‘Sons of Anarchy’ and ‘The Last of Us’. Objectives can be completed in different ways, stealth, long-range weapons, and the dynamic weather system also play a role in influencing your approach. Hopefully, it doesn’t feel stale like the ‘Far Cry’ games.

Also Read: How to Record Gameplay on PS4

Releasing May 14th, 2019 by id Software and Avalanche Studio

Rage 2 looks like the Mad Max Series had a lovechild with Doom. It sets itself apart from the other Bethesda games with its interesting color palette and a fast paced First Person Combat. There are vehicles to use and Massive boss fights to endure, all in an open world with no-loading screen thanks to the Apex Engine.

The game takes place 30 years after the original story and you play as Walker who is in the middle of a faction war keen to dictate the Wastelands. Let’s be honest, just like Doom, this one is all about crunchy and tactile combat that satisfies any gamer’s inner rage.

Control Out is a mind-bending or maybe even realty-bending Action-Adventure game. You play as Jesse Faden, the Director of the Federal Bureau of Control, who is responsible for everything that is supernatural and unexplained in the US. The oldest house is a trans-dimensional space where reality seems to bend and guns seem to glitch (intentionally).

The riveting element of it all is the fact that you can levitate and can use Telekinesis. Like that iconic bullet-time mechanics in Max Payne, it will play a big role in the game as well. It also is a Metroidvania as you get to unlock new abilities and go back to areas you didn’t have access to before. Encounter Director is a new AI system that controls the enemy interactions based on your level and location. It would be fun to play as a Readhead, just saying.

MK XI a 2.5D fighting game which is big among the fighting genre because of its Brutal kills and Gratuitous Gore.  The game has introduced new Fatalities and Brutalities like Fatal Blows and Krushing Blows. Also, a new mechanic name Flawless Block lets you do a comeback attack after you block an attack with precise timing. It is going to be a key in the game along with attack animations.

The stand out feature though is the fact that you can create custom move sets to your character. Centrino, Gerras, Kollector are new to the series. Familiar characters like Raiden are back who messed with the events of the past in MK X.

Wolfenstein: Youngblood is a sequel to the critically acclaimed First Person Shooter where you get to kill Nazis in a fictional Nazi-ruled America. In this, you play as either Jess or Soph Blazkowicz daughters of BJ Blazkowicz (protagonist of the previous 2 Wolfenstein games). That’s right, you can co-op with someone or play with an AI companion. Unlike the previous two entries, you can complete missions in a non-linear order. You unlock gears and abilities as you progress the story looking for your father.

Old German – American music with Killer guns and Nazis, it’s like any other FPS gamer’s paradise.

Super Meat Boy inspired many indie developers like Teamcherry and the makers of Celeste. This sequel originally intended to be a mobile-only title and eventually became a full-fledged game featuring Rogue-like elements of randomly generated levels.

Now, the challenging gameplay of the original is back, you can co-op in this one with another character aka Super Meat Boy’s wife, Bandage Girl. Kid Nugget is kidnapped and you need to rescue him by battling bosses. The challenging platforming and battles are like no other game that you’ve ever played. The precise controls and incredible level designs have set platforming standards for ages. Team Meat sure has upped those stakes(no pun intended) with this one.

7. Bloodstained: Ritual of the Night

Bloodstained feels like a spiritual successor to the symphony of the night. The Game follows the Metroidvania design with 2.5D graphics, where you play as Miriam who is subjected to experiments that cause her to Crystallize and gain powers as the story progresses. This a Kickstarter made because of the fan’s requests.

Koji Igarashi who made the Castlevania Games and pretty much laid the foundation for the Metroidvania genre is back after his departure from Konami is 2014.

A companion game was released last year Bloodstained: Curse of the Moon as part of stretch goals. If anyone can make a better Metroidvania game than Hollow knight it’s probably Igarashi. It’s the only exciting Metroidvania this year considering the drought for the genre this year.

Releasing around Q3 2019 by id Software

Doom Eternal is the sequel to the smash hit DOOM(2016). The Game’s Push-forward combat is back encouraging players to be more aggressive with new arsenal. New mechanics like Meat Hook which is essentially a grappling hook and Crucible blade are introduced. There are twice as many demons in Eternal and Hell on Earth brings fresh elements and environments to the narrative.

You get to punch and grapple to enemies with new movesets. A new system called “Destructible Demons” is featured. Metal Music and Gore in First Person combat are as Crunchy as nachos and salsa.

Ghost of Tsushima is a new Samurai action stealth game which is a huge departure from its superhero-like titles like Guerilla game of the Horizon fame. The notable thing about Ghost of Tsushima is the graphics and the grounded combat in the vein of Arkham knight except samurai combat and heaps of blood(like a lot).

It follows Jin in the period of the Mongol invasion in Japan who masters a new ghost style combat to free Japan from Mongolians. This game plans to sucker punch Samurai Souls with their take.

Death Stranding debuted in 2016 and still has no release date. It hints of ambitious gameplay where if you die your actions leave an indelible mark. For example, damages from explosions persist throughout the game creating a unique arc for every player. You can leave the character’s body and wander outside. Narratively it’s very ambiguous and abstract like any Metal Gear game which is not surprising. The Game looks fantastic with the Decima engine tweaked and being used to render photorealistic images in an open world not as colorful as Horizon. Hopefully, this arrives before the hype is dead on the beach, stranded.

A sequel that has a tough legacy to live up to after being announced in 2016. You play as Ellie in Part 2 and the gameplay looks improved with new dodge moves and weapons. The AI looks way more intelligent which has always been kinda lackluster in Naughty dog games.

Joel and Ellie are back along with new characters like Yara, Lev, and Dina. It takes place about 5 years after the original events, now in Seattle. It is not afraid to lean on new characters and not just shoulder the weight on Joel and Ellie alone. The standout for me was how the lighting engine has been overhauled to reflect surfaces and make things pop in night time as seen in the E3 2018 Demo. That was the last of ‘The Last of Us 2’ we’ve seen so far.

The Original was a decent open-world survival zombie action game with a fun parkour system and melee weapons. In this sequel, Chris Avellone is both writing and designing the game from scratch. The narrative influence is going to be strong, to say the least. Your gameplay will literally change the world around you based on your quest’s outcome which is pretty ambitious. This looks promising at least from a story perspective and Techland makes decent games. Hopefully, they’ll shed more light on the release date before it’s dying out.

Spelunky feels like authored levels with ingenuity and thought, unlike other games which spit out levels created through an algorithm. Each level has a blend of Random elements within templates created by Derek Yu the creator. Spelunky 2 looks better with more animations and smoother character designs. Its shaping up to live up to the legacy of the original and maybe become its own thing. There’s new Enemies, Level layouts and items which are all a welcome change. Batman goes spelunking for fun, Spelunky 2 should satiate that hobby of yours.

CyberPunk 2077 is focused on RPG elements and character arcs, it seems to be infusing the same storytelling and gameplay from The Witcher 3.

Think Blade runner but as a video game with choices and consequences. Mature storytelling and intense action are what we can expect from the previews. The Hype surrounding it is on par with the Last of Us 2. You Play as V in Night City with High rise buildings filled with NPC’s and character quests. CD Projekt promises a world much bigger than The Witcher with a multiplayer option.

Nioh was the only Dark souls’ clone that was actually quite impressive with its own samurai take and stance system. The sequel was announced in E3 2018 but not much is known about the gameplay elements or if the original protagonist will return. We can be rest assured that Team Ninja is hard at work making a bigger, better and even more challenging Nioh. Souls-borne vets, you know what you’re in for.

Read: How to Play PS4 Games on iPhone and iPad

With Exclusives like Ghost of Tshushima, Death Stranding and The Last Of Us 2 on the way, PS4 has a built itself as a Gamer’s console. We Found these Games exciting as we’re driven by the games that we enjoy. In the Final stretch of any console’s Life Exclusives really make a Difference and Define the Console whilst setting up the stage for the next one. Even Indie game like Pyre and Soma are PS4 along with Plenty of others. That says a lot how much Sony gives a crap about Gamers. Playstation Really is for the Players. What do you think of these upcoming titles, tell us in the comments below?