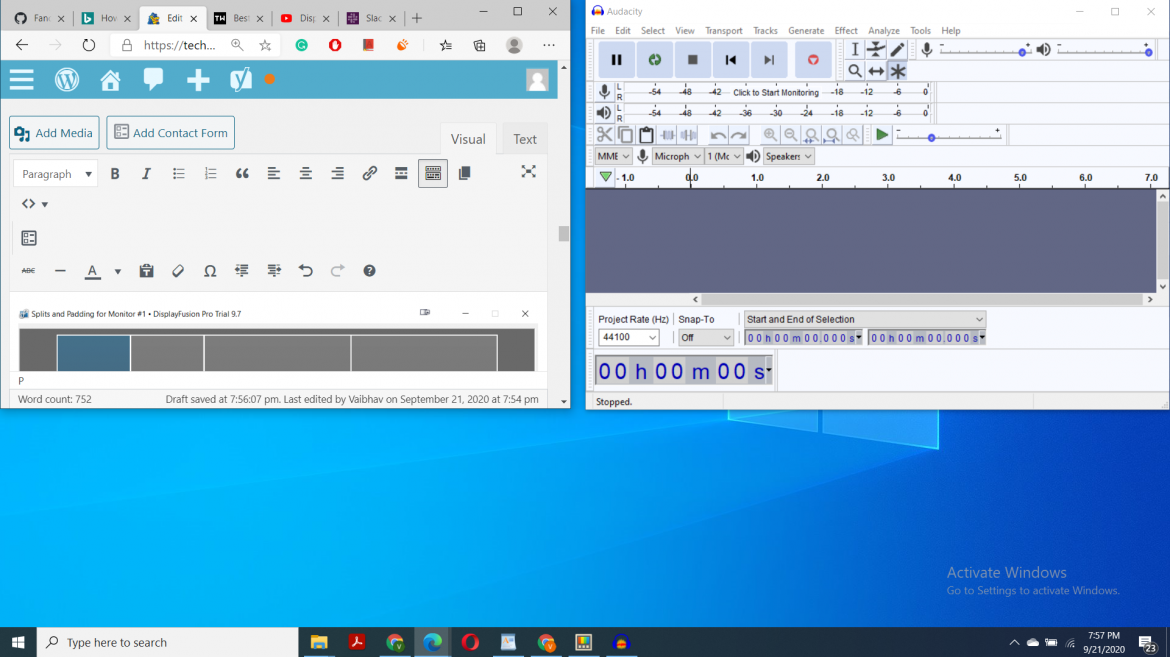 Windows snap feature is a great way to organize your workspace. Previously you could only snap two apps on the screen which has now been upgraded to four. However, Windows Snap Screen comes with a few drawbacks as well. You can only use the automatic grid resize in dual grid option, limited keyboard shortcuts, and moreover, it’s hardly customizable. So, if you’re looking for a better option, here are the best Windows snap screen alternatives.

Divvy is a great alternative to the native windows split-screen and is very versatile in terms of organizing your tabs on the screen. Unlike Windows native split-screen option which only allows you to snap up to four apps, this allows you to manually set that number, with a maximum of 100 snap windows. All you have to do is tap on Divvy icon, which pops open the grid menu. You can either select a single grid or drag and choose multiple grid spaces to assign to that window. If you want to save time, you can also pre-define grids, use a global shortcut to pop open the grid menu, and also assign a single grid specific shortcut.

Although it’s extremely customizable, it might not be your first choice as it comes at a cost of $13.99 once the trial is over. 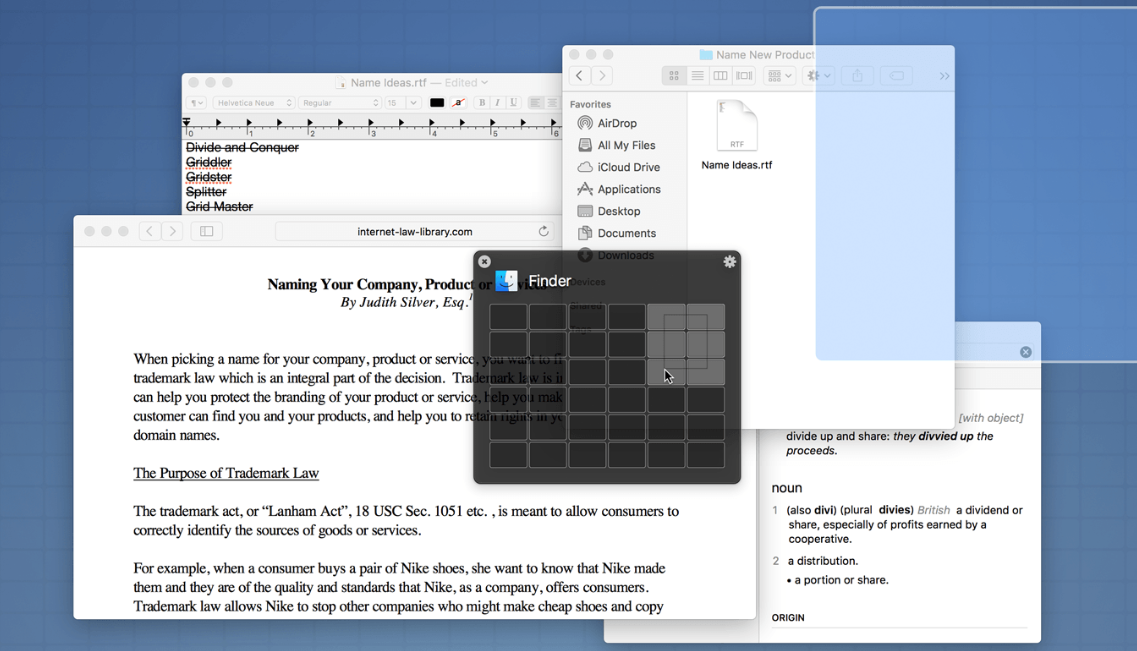 Although Divvy is a great piece of software and you can use it until prompted to buy, it misses on some add-on features. AquaSnap offers two major features over other snap screen apps i.e. AquaStretch which lets you stretch the border of any window on the screen by double-clicking. The other is AquaGlue which makes the layout movement more efficient by allowing the user to move and resize small floating windows together without affecting the layout.

The personal version is free to use. However, to get featrue like mouse shortcuts, moving windows together & multi-monitor, the professional licence will set you back by $18.

MaxTo is by far the cleanest of all both in terms of UI and functionality. After you open the app you’ll see the screen split into two horizontal rectangles. This is where you can change and modify the layout of the grid. You can drag the eraser icon in the middle to move the window and also tap on the horizontal/vertical split to further divide it into parts.  Once you’re satisfied with your grids, you can save it as a preset. If you don’t want to do it manually, you can also choose from pre-made grid layout in the app.

The trial version of the app can be downloaded from MaxTo’s website, but if you’re ready to pay $29, you can enjoy lifetime updates and e-mail support as well.

If you’ve been a Windows user for long enough, you must’ve already heard about Power Toys, it gives you more functionality and control over Windows feature and snapping apps is one of them. Once you’re done downloading and installing Power Toys, you can open it(as an admin) from the bottom right notifications tray. Now from the left sidebar, tap on FancyZones which allows you to customize snap grid layout. You can also create a custom layout and place multiple grids anywhere on the screen regardless of the size.

FancyZones is also rich in add-on features like, shortcuts to move windows between grids, enable creating grids across multiple monitors, change the appearance and even exclude apps that you don’t want to snap in the grid. 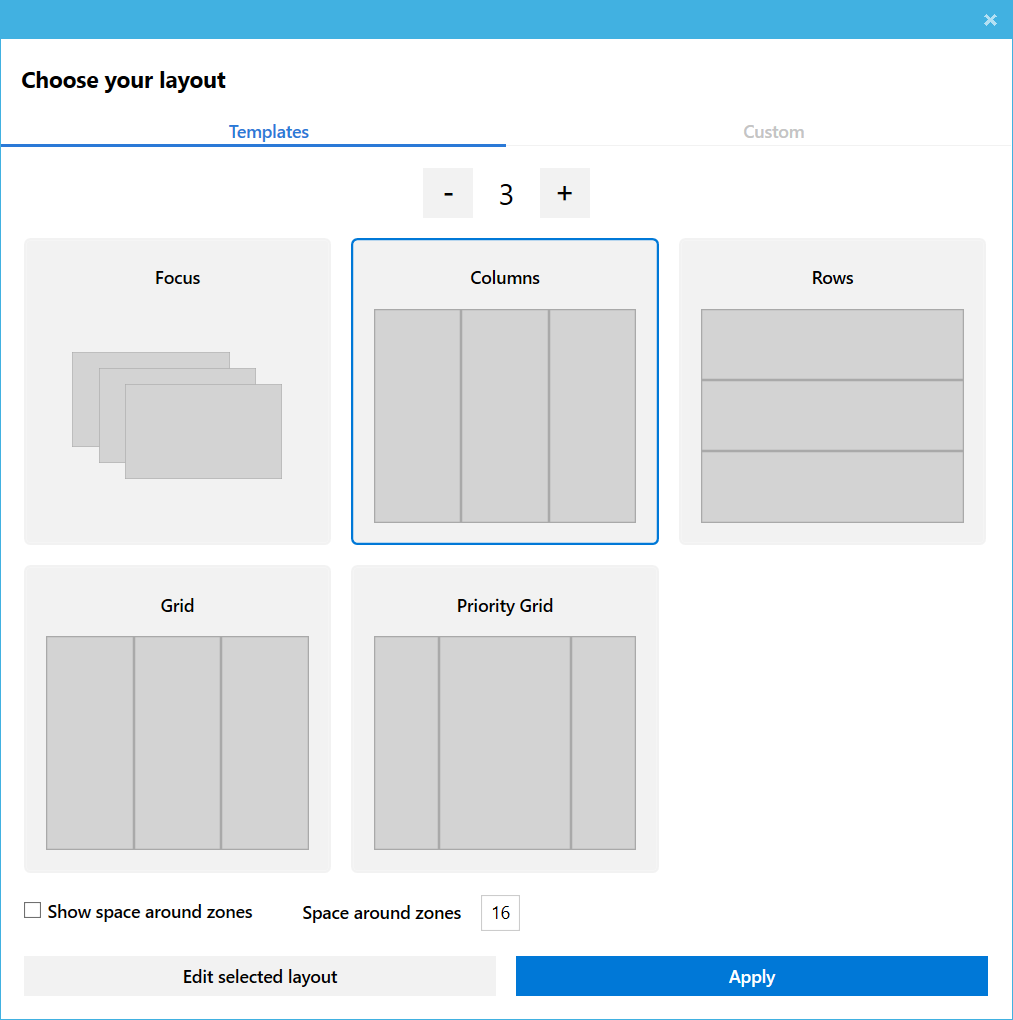 We’ve got plenty options to customize and snap windows on our single screen monitors, but what if you’re a developer or a video editor who uses multiple monitor configuration? (even the vertical orientation). This app easily allows you to split a single screen into grids and also organize your workspace in multiple screens. Display Fusion also allows you to have independent taskbars for each screen displaying just the tasks on that screen and also lets you choose a unique wallpaper for each one.

From the settings menu, you can also enable edge snapping, similar to the other apps and set a modifier key for quick snaps. The app comes with a 30 day Pro trial license key, after which it costs $29, which gives you the feature to remotely control the app from your phone, save Windows position profiles and more. 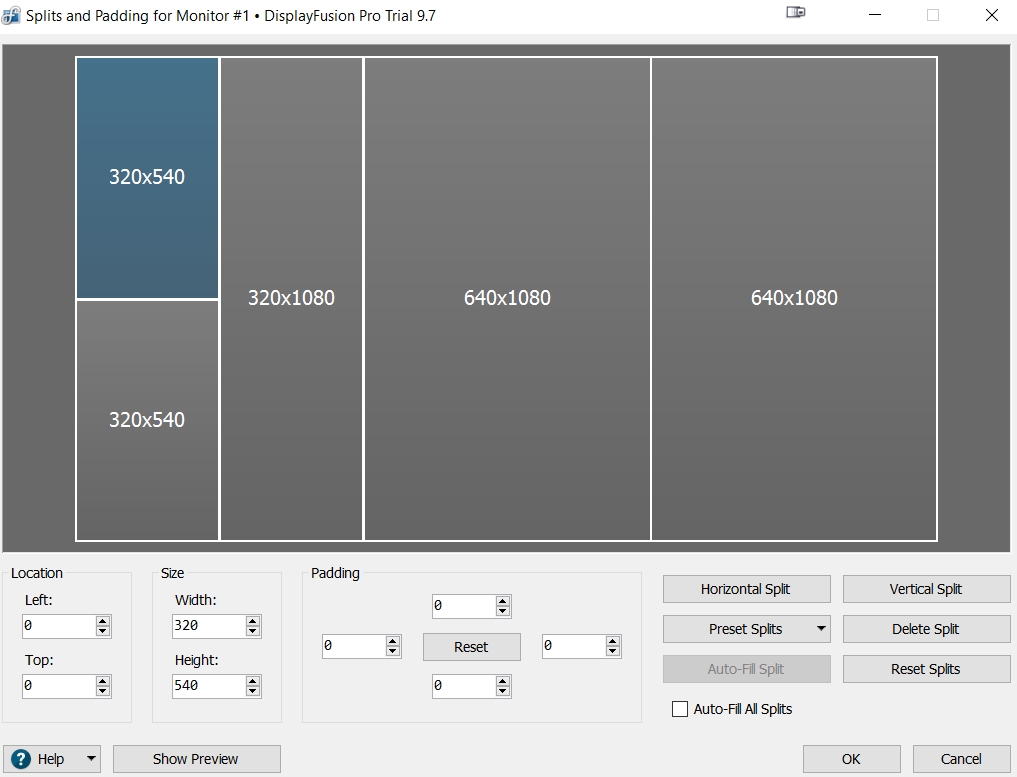 In my opinion, Windows native snapping feature is a great integration. I’m fully satisfied with all it does and just needs very moderate updates. For example, automatically snap resizing when all four windows are moved. However, it’s just restricted to four grid and doesn’t support multiple displays. If you want a highly configurable app which works in integration with Windows native snap feature, try FancyZone. If you’ve multiple screens, Display Fusion is the most customizable app to organize multiple workspaces efficiently.