Honestly, I love playing first-person shooter games, racing games, and sometimes, I even try to pass time gaming while I take a dump. Even when I’m able to fetch the chicken dinner, I often end up thinking to myself, what did I learn from the time I spent playing it? Well, I either could play math games or something which interests me, precisely, word games. So, if you’re looking to replace some entertaining games with a bit of learning, here are the best word games on iOS & Android, you should try right away!

Baikoh is a love child of Scrabble and Tetris. The gameplay consists of falling stack from the top of the screen. You have to make as many words as possible from the available set of letters. I’m sure it sounds easy, but when as you progress through and win points, the game starts to get harder. It also throws in obstacles like frozen tiles, bombs, etc, which make it harder to form a word in the limited time you get. 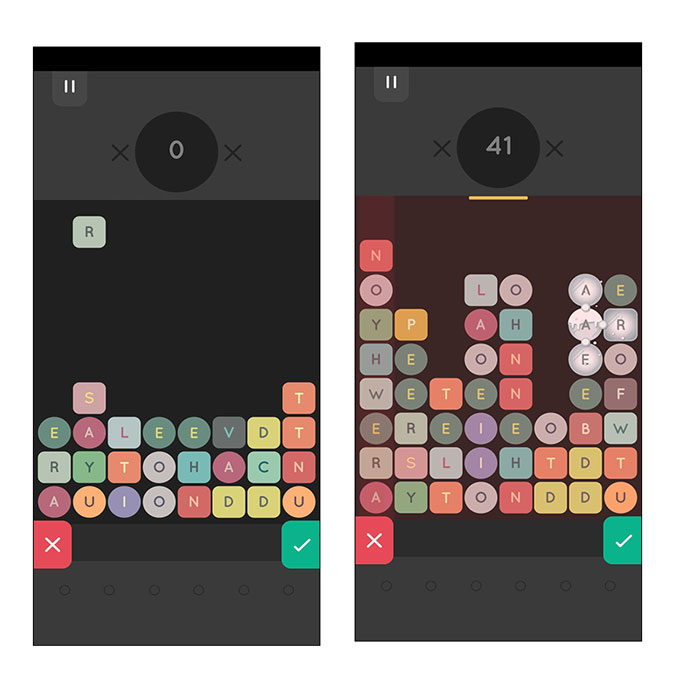 If you have a knack for quotes or you think you know a fair amount of them. This game is exactly to put that knowledge to test. It has over 1000 famous quotes in the form of cryptogram which you have to decipher to reveal the quote below. You have one hint letter which is a substitute for all the similar letters in the quote. You can’t do guesswork as the scoring drops when you take more time, make a wrong guess, or use hints to make progress. Maybe by the time you end this game, your quote vocabulary is also enriched.

Get Cryptogram for ( iOS | Android ) 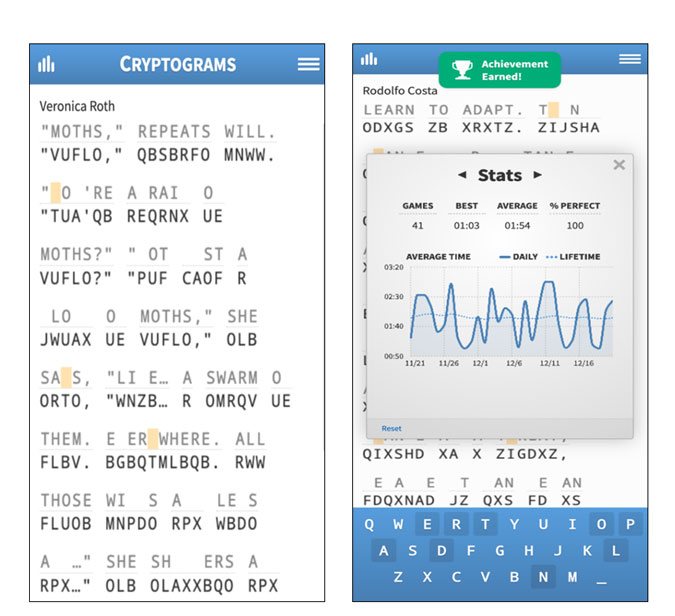 Bonza is a different take at crossword puzzles, where rather than single words, you move and an entire grid of words, so all of them combined make sense. The player gets an overall theme, which you can use to guess and join the grids correctly. What sets this one apart from others is the ability to create your own puzzle which is then generated automatically by the app. You can share the puzzle code with friends and challenge them anytime. The app also features tons of puzzle packs that can be bought with in-app purchases. 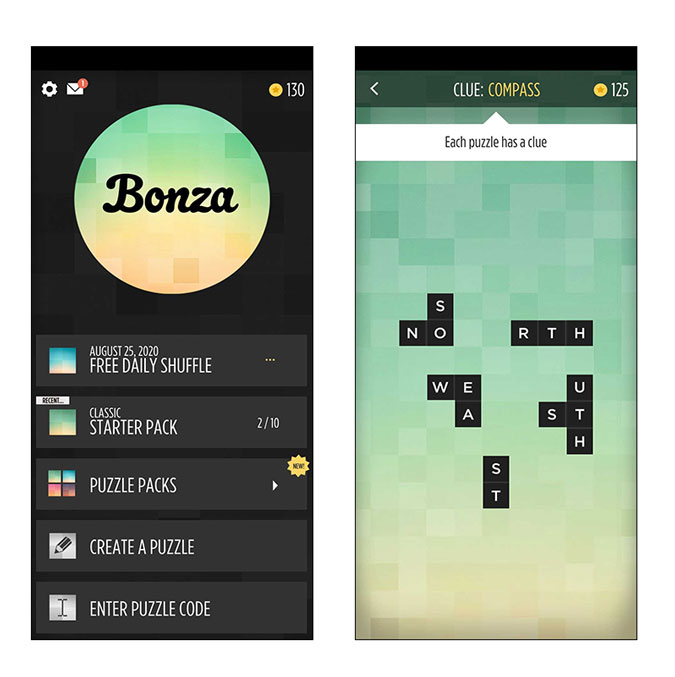 Blackbar is a serious text game where one has to fill in the blanks and decipher pages. The UI is very plain, with black text over white pages, and your aim is to follow a short story on a dystopian future. You get ahead by identifying these censored words which are basically letter exchanged between two people. The game contains over 40 pages and it’ll keep you hooked as the gameplay is very immersive and involves you in the storyline. You must also note, it involves a lot of guessing and trying to find the best permutation & combination, so if wordplay isn’t something you’re looking for, you might not like it.

Get Blackbar for ( iOS | Android ) 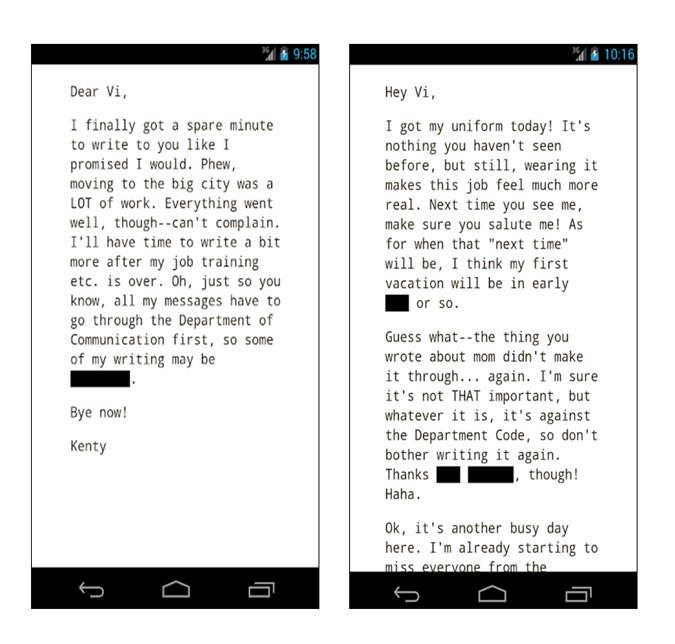 This one is an image quiz and is great for both kids and adults. It involves users guessing the word using the 4 images which are hints. The puzzle can have anywhere from 3 words and more. It’s a very easy game and you collect coins for each level. You can use these to unlock the daily puzzle and use it as hints if you’re stuck with any puzzle. The app shows you bottom banner ads which can be removed for $2 and also gives you 500 coins for in-game use. 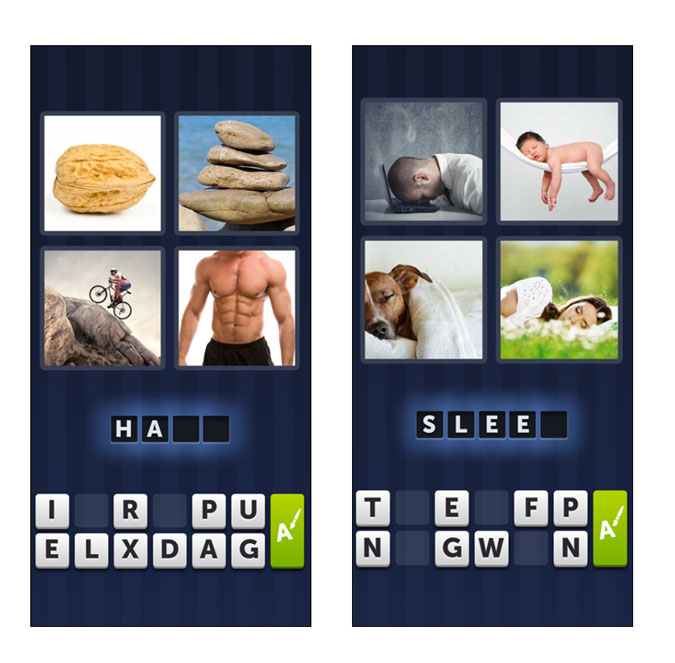 Typeshift is a new take on anagrams puzzles. Rather than looking for combinations with one word, you get three to five words stacked together. You solve the puzzle by sliding the letters up and down and form a word. Before you shrug this off as an easy game, here’s the catch. You not only make a word at the centre but have to use all the letter at least once to form words. The game has multiple packs which can be unlocked with in-app purchases.

Get Typeshift for ( iOS | Android ) 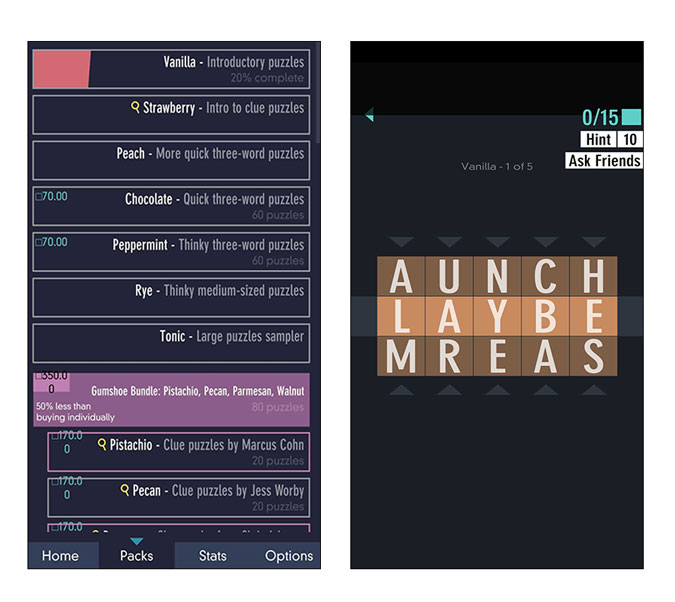 This one is a multiplayer scrabble game so you can play with random opponent and also get your friends along and challenge them. It’s very easy to play, as you’ve to add letters next to ones already on board, either horizontally or vertically. Moreover, there are extra points for double, triple word and letter scores. What I like most about the app is that you can easily choose friends on Facebook you want to play with, which saves time and make it a lot more fun. You can remove banner ads with the premium version that comes at $4.99. 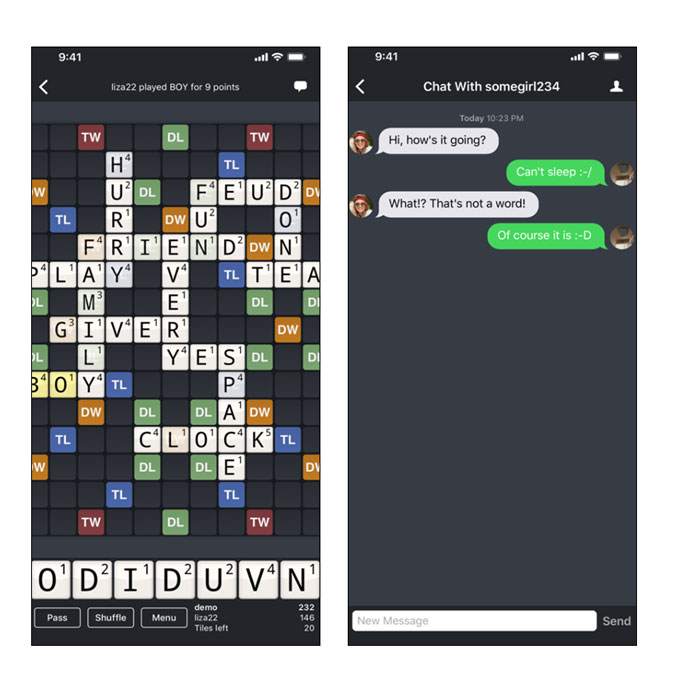 7 Little Words is my personal favourite. The game is a blend of trivia, crossword and word guessing. The user gets a puzzle with seven mystery words and seven clues (hence the name). The aim is to pick the right pack of scrambled words which fits the meaning of the phrase clues. Their games have thousands of puzzles which can be purchased, but for a start, you get 25 puzzles accessible without any purchase. 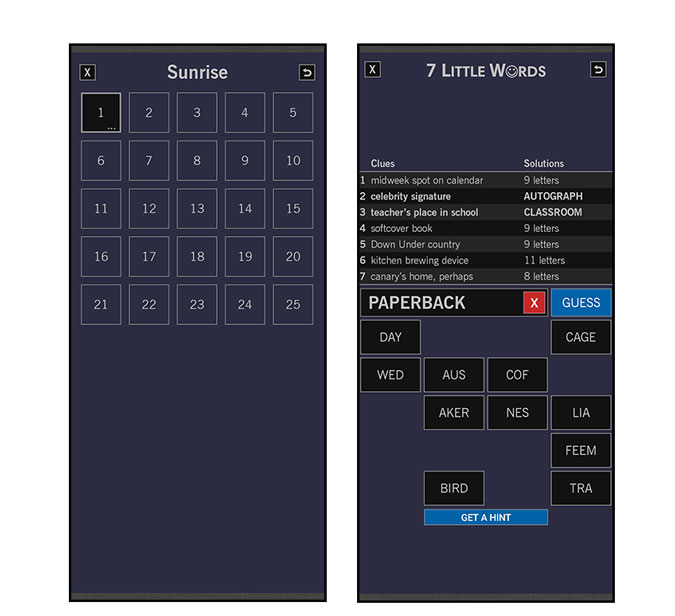 You play the game by dragging letters from the list of letters at the bottom to form two words in the top rows. Each letter has points and bonuses if you make doubles or triplets. It’s not a multiplayer game but you do get a leaderboard and a score rating which shows you score of other players who were given the same set of words. It comes with banner ads at the top which you can remove for $1.5. 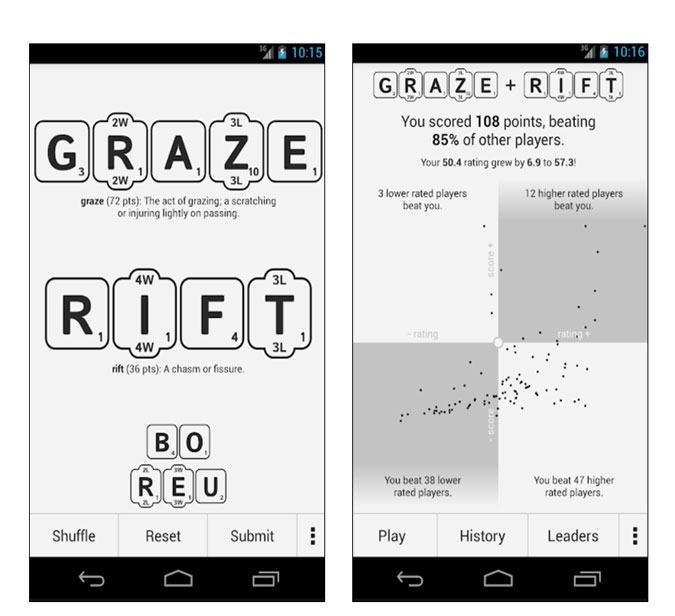 Out of all these word games, I highly recommend you to try 4 Pics 1 Word. It’s a relatively easy game and can be played by users of any age group. Besides that, I spend most of my time playing 7 Little Words, which not even helps me brush up my vocabulary, but the touch of hints push the mind to think and make connections. So, try all of these and let me know which one you like the most!

How to Customize your iPhone Home Screen on...

How to Conduct Quiz on Google Meet

How to Transfer Google Drive Data to OneDrive...

How to Change the Default Browser on iPhone

How to Get Android 11 Features on Any...

How to Fix the Clock Widget Time on...

How to Get Android 11 Chat Bubbles on...