Bridge The Gap Between Windows And Android

The ecosystem is a thing and that’s what makes Apple products so good to use. We have something similar called “Your Phone Companion” on Windows. It tries to bridge the gap between Windows and Android phone. But, let’s be honest it’s still got a long way to go. Until then, you can always use some third-party apps. In case you are wondering which one? Here is a list of third-party apps which help you bridge the gap between Windows and Android.

Bridge The Gap Between Windows And Android!

Remote Fingerprint Unlock lets you use your Android’s fingerprint sensor to unlock your laptop. The app works in 2 steps. When your fingerprint unlocks your phone, it sends a data packet with the user credential to the app module running on your PC. With the credentials, the module then unlocks your PC.

To get started, you have to download the Windows Credential Module on your PC and Remote Fingerprint Unlock on your phone. The setup is fairly simple and self-explanatory. We have a dedicated article on how to unlock Windows with Android Fingerprint, check it out.

Shortcomings: Since the module and app communication works on IP, both the devices need to be in the same WiFi Network. The free version doesn’t let you configure multiple fingerprints and unlock multiple accounts with a single fingerprint. 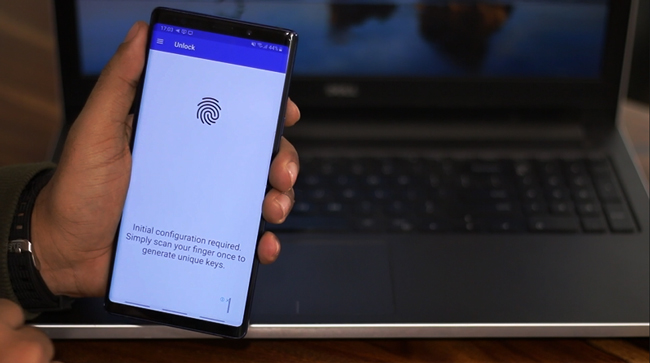 While you can always buy a Wi-Fi repeater, Netshare-no-root Tethering is an app which converts your Android into a WiFi repeater.

After you have installed the app on your phone. It connects to your existing WiFi network and creates a new workgroup. You can now connect the devices to this new workgroup and share your existing Internet. However, this requires some configuration on your devices which are connecting to the new WiFi group. On the other devices, you need to configure proxy settings. We have covered this topic extensively here. Once you enter the proxy settings in the second device, it’ll redirect all the Internet traffic through your device thereby having internet access.

Shortcomings: The app comes with a trial period and once it expires, the app allows only 10 minutes of https connection. This makes the app really ineffective since all of the websites are mostly https.

Price: The premium version comes at a one-time payment of 10$, which removes all the usage limits and you also get a firewall with it. 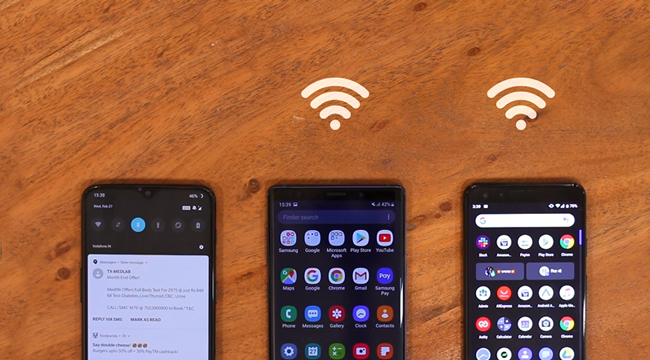 DeskDock lets you use you control your Android using your PC’s keyboard and mouse. All you have to do is drag your mouse further beyond your laptop’s screen into the Android. And you can use the mouse and keyboard to provide input to your phone. The only thing is that the phone and laptop are tied with a USB cable.

Download and install the applications on both the devices. You will need to provide certain access permissions like “Draw over other apps” on Android. For a detailed step-by-step process, you can read our article on how to share your computer mouse and keyboard with your Android. The app running on Windows acts like the Server and the one on your phone acts as the client application. The server version requires JRE and JDK installed on your computer.

Shortcomings:  The free version of the app has pretty limited features and lets you only use your mouse to control the phone.

Price: The premium version of the app is called DeskDock Pro and it comes with a price tag of 5$. The Pro version lets you use your Keyboard along with the mouse. You also get to drag and drop files and URLs. 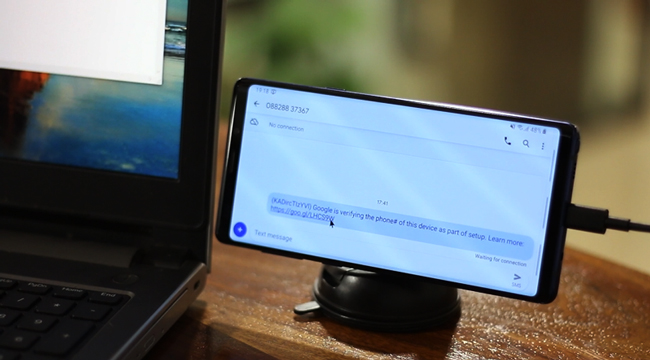 Parsec lets you stream PC games on your Android phone. This way you can control the game input through your phone and moreover use your phone as a gamepad. Internally, Parsec just mirrors the screen of your laptop on your phone. Hence, all the heavy processing and graphics are handled by the computer. The only factor is the speed of your Internet connection.

Install the Parsec app on both of your devices. Since Parsec works over the Internet you just need to create an account and the devices will automatically be connected. For more details, check out this article. The app also lets you host game meaning multiple devices can connect to your computer and go multiplayer. However, hosting is only allowed on Windows and the rest of the devices can only be used as controllers.

Shortcomings: The Android app is in development, so expect the rare crashes here and there.

Premium Features: Parsec also rents out remote machines as game servers and you can choose to pay on an hourly basis. 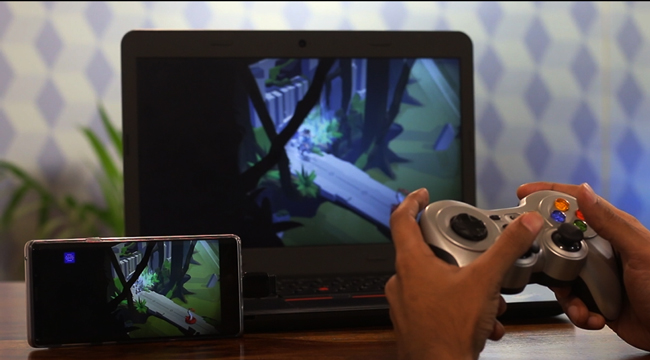 AirDroid lets you transfer files between your Computer and Android over WiFi, without the need of Internet connection. It is kind of an alternative for AirDrop in Windows. And not just that, you can check your call logs, photos, send a message, copy clipboard, and even cast your Android screen to PC.

Setup: Download the AirDroid app on your phone and you can choose between the web and standalone app on Windows. Register yourself on the site and log in with the same credentials on your phone.

Price: You can go premium by paying 1.99$ per month. The premium features include no daily file transfer limit, remote call, and camera access. 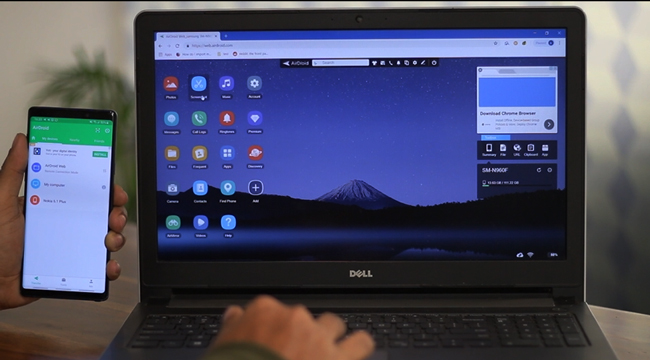 Unified Remote, as the name suggests lets you control your PC from your Android phone. The app lets your phone function as a keyboard, a mouse or a media player etc.

You can find your PC name with IP under the “Found Servers” section. Once you are connected you can select the Remote. The app caters a variety of remotes like File Manager, Media Player, Power Remote, Slide Show Remote. My most favorite would be the Power remote which lets me shut down, reboot my PC. Plus you also get WakeOnLan with it. Another handy feature would be the presentation remote which lets you control the slideshow.

Shortcomings: The app works on IP rather than DNS. So, every time my DHCP server changes my address I have to remap the client-server again.

Premium Features: The app has a pro version with a price tag of 4$. The premium features include an extended keyboard, screen mirroring, NFC actions, Voice commands etc. 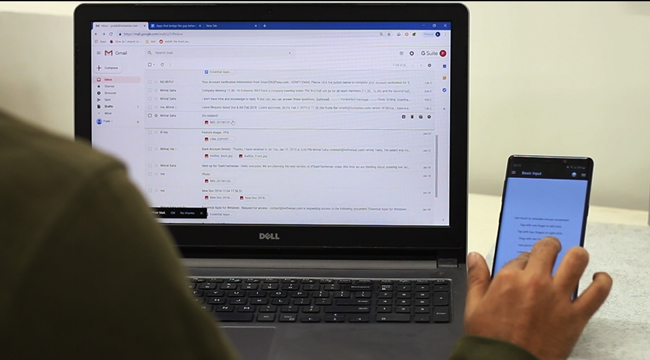 SoundWire lets you use your phone as a speaker. This is a cool workaround if you have a malfunctioning speaker or you want to increase the reach of your audio. Soundwire lets you connect to your PC via LAN. The setup is fairly basic like other apps. It involves a similar server-client setup. However, both the devices need to be in the same WiFi Network.

The way I use Soundwire is to convert my phone into a portable Bluetooth speaker. Soundwire instead of changing the speaker output rather stream the music to your phone. This way you can play the same music on your phone as well as the PC. I just connect the devices and place my phone in another room which serves the purpose of a speaker.

Shortcomings: The connection process is fairly simple but the app interrupts the transmission at regular intervals to plug its free version.

Premium Features: The premium version is priced at 4$ and the only feature is an ad-free experience. 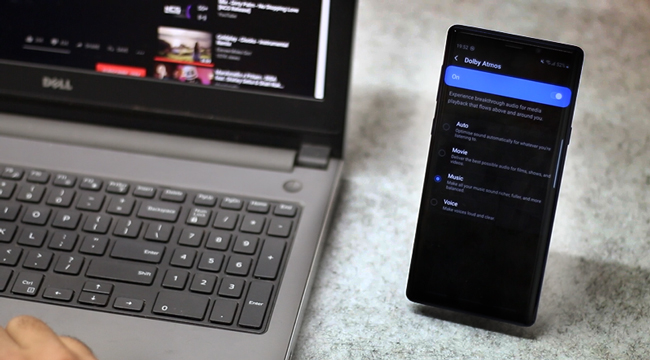 The next app is IP Webcam which lets you use your phone camera as a wireless webcam. Unlike the other apps, here you have to install the server app on your phone and the client app on your PC. The interface of the app is fairly orthodox with the settings menu as the home page. You can choose to set login/password for the client app or the preferred port you want the server to accept connections from. The default port is 8080.

Start the server on the phone and now head over to the client app on your PC. You have to enter the URL displayed on the phone screen and credentials in case you have set up one. Click on AutoDetect to test the connection. Once successful you can use it as a webcam. Other features involve using the phone as a CCTV camera for surveillance. The live footage can be viewed & saved through the web portal. As soon as you start the server on your phone, you will get the web portal link at the bottom of the app.

Shortcomings: The server app on the phone doesn’t provide basic features like flipping between the rear and front camera. You have to instead go to the web portal to do this

Premium Features: The premium app IP webcam Pro can be downloaded from the PlayStore at almost 4$. It includes uploading your webcam footage directly to Dropbox or SFTP server. Moreover, you get audio streaming and recording as well. 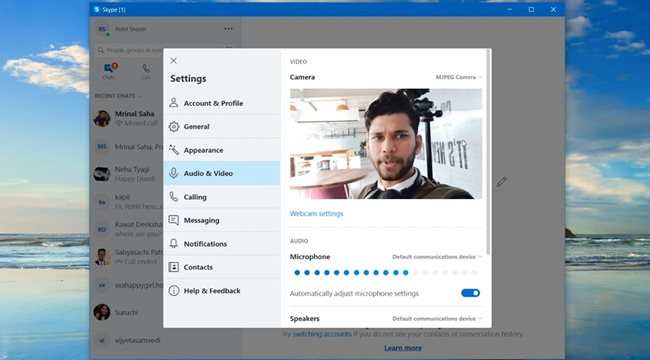 Wo Mic is a simple utility which lets you use your phone as a mic. You can use this to record voice directly on to your laptop. Since the data is being transported from the phone, the android app works as the server. The UI is fairly simple and you get a play button at the top right corner. Once you hit, the Wo Mic server is started and you can now connect with the client.

You can choose to connect to the server via USB, Bluetooth or WiFi. In case it is WiFi, the devices need to be in the same network. The Mic works with most of the applications. I have tried using it with Audacity and Skype. It seemed to work well.

Shortcomings: Although the app is pretty straight forward which is what I like about it. But the free app doesn’t let you adjust the mic volume. Like! I need to upgrade if I have to adjust the volume. 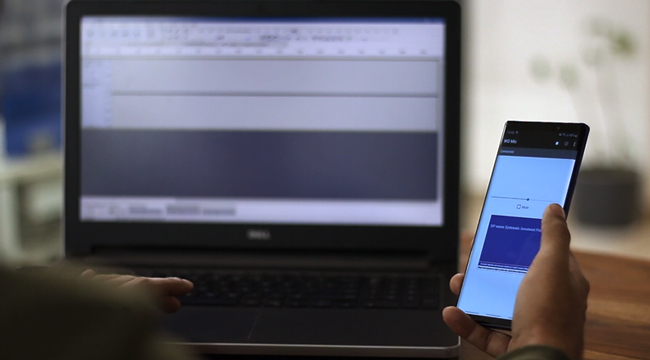 Let’s end this with some cool games. AirConsole is a browser-based gaming platform. Which simply means you don’t have to download apps on your phone or PC. You can simply visit the website on your laptop, start the stream and now connect the mobile devices to play. The mobile devices now function as controllers.

The games are hosted on the website so there is no problem of your Hard Drive filling up. Since the USP of AirConsole is multiplayer gaming, most of the games you find on the website will be multiplayer. Having said that, the free version lets you connect only 2 devices at a time. The best things about AirConsole is its flexibility. It works on all of the devices that have a WebRTC-supported browser like PS4, Windows, Mac, iOS, Android, Firestick and the list goes on.

Shortcomings: The connection process of this particular app is the easiest. But, it frequently bugs you to download the Android app. You will only get to play games hosted on the website.

Premium Features: In case you go premium, you get to access all the games on the website. Plus, you can connect multiple devices to the stream. Prices start at 4$ a month. 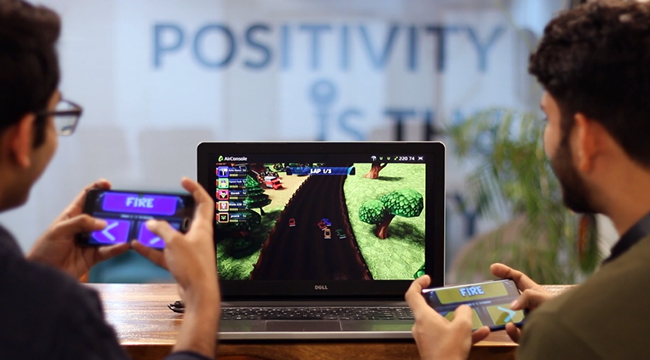 If you like gaming, do try out Parsec or Air Console. Rest of the utilities depend on your personal usage. I would personally recommend to try out AirDroid and Soundwire. In case you have a bad webcam or microphone, you can try IP webcam and Wo Mic respectively.

Let me know if you have a better alternative to the apps above or just in case you end up using one.