How to Bypass Google reCAPTCHA Verification in Chrome And Firefox 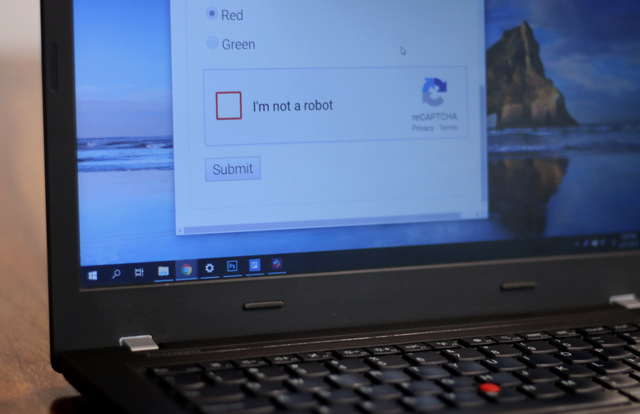 Google revamped reCAPTCHA to keep abusive traffic away from the websites. But more often than not, Google misunderstood humans as a potential bot. This usually happens if you are not logged into your Google account, or if you are using a VPN or if your IP address seems spammy to Google. While you can simply, click some images to prove you’re a human, sometimes this reCAPTCHA gets very aggressive with their street signs, which goes on forever. I recently found a way to bypass reCAPTCHA without dealing with fuzzy images. Let’s begin.

Buster is a Chrome extension which authenticates reCAPTCHA for you. The extension is really simple and effective, you go to a website and click the reCAPTCHA button. IT would load a popup window and give you images to select. Buster adds a button to that popup which you can click to authenticate the CAPTCHA. It doesn’t use the image-based CAPTCHA instead it uses the audio based CAPTCHA. This Chrome extension would only work if it has an audio CAPTCHA.

Fun fact: The developer uses Google’s Cloud Speech to Text API to transcribe the audio CAPTCHA  and feed it to the system.

The first step is to get the extension on your browser, it is available for Chrome, Opera and Firefox. 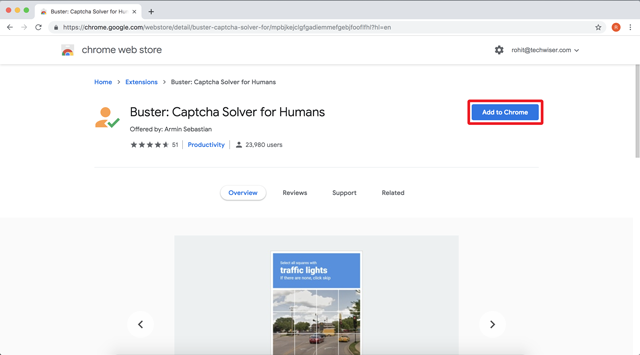 Once finished, it will show up as a button in the reCAPTCHA window which you can click to automatically solve the CAPTCHA. The extension doesn’t have any controls or settings, just an option to buy a Coffee for the developer.

To see it in action, Go to a website which requires a reCAPTCHA authentication. Click the checkbox next to ‘I’m not a robot’.

You’ll get the familiar popup box with instructions on top and a couple of images below. Buster icon sits right next to the audio CAPTCHA button, click the CAPTCHA solver button to begin the authentication process.

Buster listens for an Audio CAPTCHA and parses the information to Google’s Cloud Speech to Text API, which transcribes the speech sample into a string of letters. The extension copies the sentence in the input field and authenticates the CAPTCHA for you.

It only takes a few seconds to finish the authenticate the CAPTCHA with this method. If you were to use the traditional image-based method, it could take anywhere between a few seconds and a minute which is just annoying. 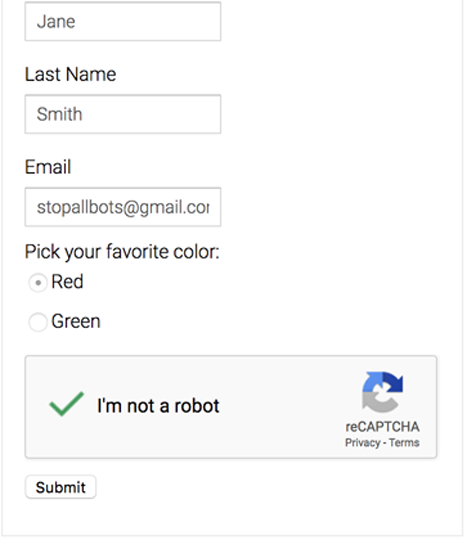 Well, there you go, This is how you can bypass reCAPTCHA without any fuss. Buster doesn’t use any shady technique to authenticate the CAPTCHA. It uses Google’s API to solve the CAPTCHA which I feel is ingenious and hilarious. This extension would only work if reCAPTCHA has an option to solve using Audio.

This method is not foolproof and it struggled to recognize the words a few times during my testing. However, the pros outweigh the cons in this situation and I would recommend it if you are looking for a quick way to bypass CAPTCHA. Alternatively, you can also try I’m not robot captcha clicker which automatically clicks on the “I’m not robot” checkbox as soon as the page loads.

Was this method of solving CAPTCHA useful? Drop a comment below.