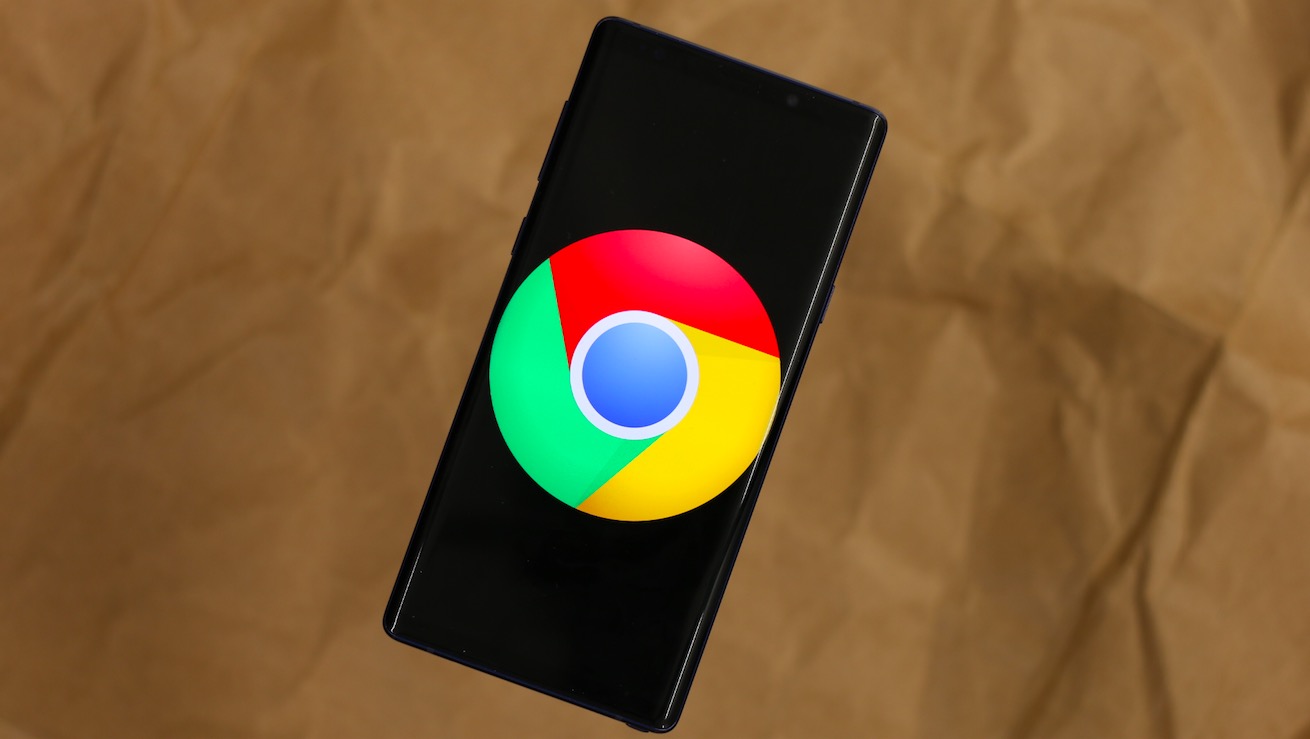 Chrome 83 is out as Google’s schedule of the 6-week stable build release cycle. However, unlike Chrome 79 or Chrome OS 80, it focuses more on subtle changes within the hood along with a couple of options to change the spell checker, group open tabs.

Also, with the Chrome 83 stable out, we also have Chrome 84 hit Developer Build and Chrome 85 hit canary. I’ll also mention significant features in those builds. So, here are the new features in Chrome 83.

The most highlighted feature of Chrome 83 is Group Tabs. So, you can basically group similar tabs to look alike. This option is not present, by default and you have to enable the Tab Groups flag. The Tab Groups flag, existed since, Chrome 78 but it sees slight visual improvements in Chrome 83.

Now, the Group Tab name appears on the title bar. You can close, ungroup, or move the group tabs together. Comparatively, I feel Group Tabs is still inferior to third-party options like OneTab and Toby. Send Pages is a Chrome feature that has existed since Chrome 79 via Chrome Flags. In case you don’t know, it lets you share URLs with other signed-in devices. For instance, if I’m reading a Pocket article that I would like to continue on my Android, I can quickly do that via Send Pages.

However, with Chrome 83, you see another way to share pages. If you enable the “Sharing Page via QR Code”, it creates a QR code for the website you are currently browsing. This might come in handy when you have to share a webpage with your friends or colleagues. But, this feature still doesn’t work in Chrome 83. I tested it in Chrome 84 developer build and it works fine. 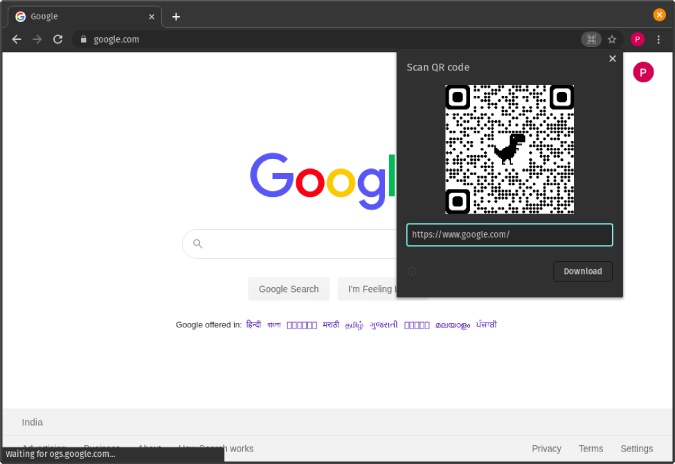 Google Chrome’s form controls are all over the place. In case you use HTML tags on your website, you would see visual inconsistencies between the checkbox, radio button, slider, etc. To make it more consistent, Microsoft and Google have been working to standardize the visuals of Chrome forms. 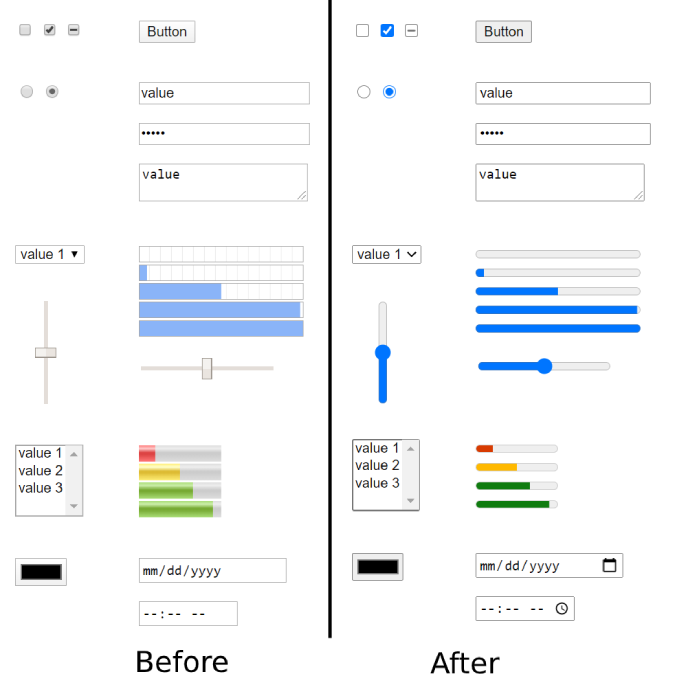 Third-party cookies are created by ad or content providers on a website. This is a great way to track your personal browsing habits and interaction even in Incognito mode. 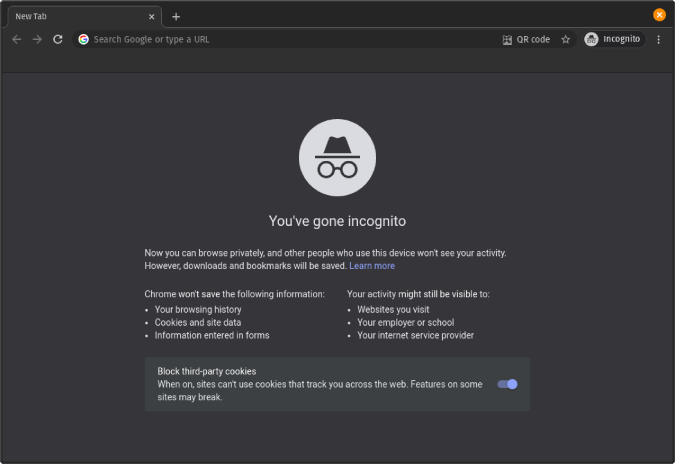 There’s a lot of subtle changes to the developer tools in Chrome 83. This section is important only if you are into website development or testing.

In case your website caters to an audience covering visually impaired, there’s an additional tool in Developer options. To access the vision deficiencies option, open Developer Options and hit “Ctrl+Shift+P”. On the command menu, type “Rendering” and enable “Show Rendering”.

At the bottom of this menu, you will see ‘Emulate Visual Deficiencies’. It can emulate blurred vision and the following types of color vision deficiencies:

In case you don’t know about Cross-Origin Embedder Policy (COEP), it helps your website to exchange information and interact with other domain’s website. If your web app uses this mechanism, Chrome 83 provides a few more tools to debug. The status column now provides a quick explanation of why a request was blocked as well as a link to view that request’s headers for further debugging.

You can check via this web tool if you’re icon is ready for Maskable Icons. It, basically, needs to have a sufficient amount of padding around the icon for Chrome to adjust the shape according to Android icons. It’s good to see Google working towards making Android icons consistent after the weird new Google Maps icon. 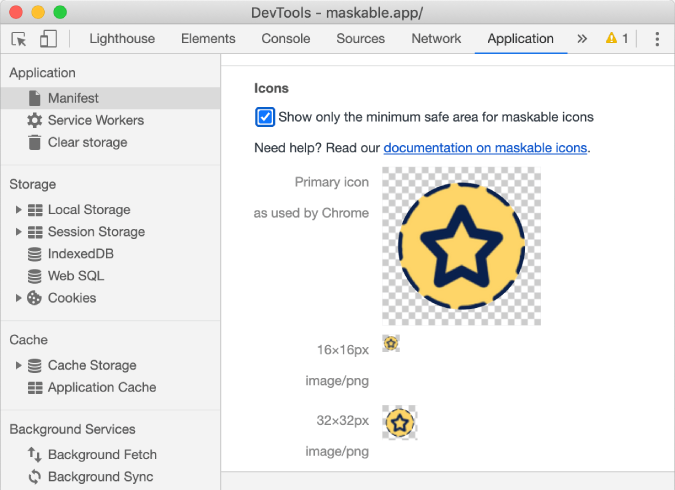 Whenever a Chrome version hits stable, you will have the next variant introduced to the developer build. So, with Chrome 83 in stable, we have Chrome 84 in developer build, and here’s what’s exciting about it.

Chrome heavy Ads intervention is a Chrome flag in Chrome 84 which helps Google Chrome handle resource-hungry and forced ads. A user ad is considered heavy if the user hasn’t interacted with it and it

The Heavy Ad interventions flag is present in Chrome 83 as well but as per Google, it can be tested in Chrome 84 and above. This indicates it should be effective when Chrome 84 hits stable.

Similar to Heavy Ad Interventions, QR code sharing is present in Chrome 83 as well. However, it’s effective only on Chrome 84. I was able to test it and the QR code scanning works dodgy while scanning.

For more issues or queries regarding Google Chrome, let me know in the comments below.

Also Read: How to check for Data Breaches on Google Chrome & Mozilla Firefox