Home » Internet » What Is Double VPN Mean and How It Works

What Is Double VPN Mean and How It Works 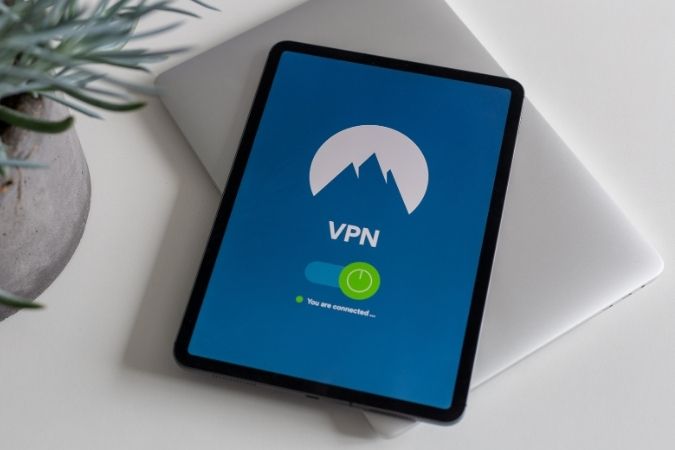 Everyone is out there looking to mine your data. Whether it’s the government, private companies like Facebook, or hackers, your data is more valuable than your privacy or even security for data miners. Some are doing it for money while others are doing it for surveillance. Either way, it is always the end-user who pays the price. One way to protect yourself is to use VPN but even that is no longer foolproof, it seems. Popular VPN service providers have now come up with a new feature called double VPN.

The simplest explanation of the term means literally what you are thinking right now. It means using two VPN connections at the same time. Adding an additional layer of security over your existing VPN connection. So now, you are connected to the internet using a double VPN where your internet traffic is being routed through two layers instead of one.

The job of a VPN is to mask your identity. You are identified via your computer’s unique IP address which contains your geolocation data, ISP, and other associated details. The VPN will mask that so the site that you are visiting or the tracker that’s tracking you won’t know where you are at. You may be sitting in your home in your pajamas in the Bahamas, and it will show your location somewhere in Europe. All of this is done securely using encrypted tunnels whereby breaking and collecting personal, identifiable data becomes almost impossible. Almost.

Recent research suggests that VPNs are not all that safe. In fact, there have been instances where VPN providers have been hacked. That’s a shame seeing how they are the ones supposed to protect us from hackers. If they can’t protect themselves, well…

Free VPNs are worse but I don’t have to tell you that now, do I? Use them only for streaming purposes when you have little or nothing to lose.

Also Read: How to Watch Netflix and Disney+ with PureVPN

We now know that VPNs are supposed to create an encrypted tunnel between your computer and the destination server (where the site you are visiting is hosted). A double VPN will create two such tunnels, one on top of the other so that data is encrypted and routed twice instead of once. On the flip side, the internet speed will go down compared with the regular VPN connection which is already low due to encryption and routing of data. I suggest you use the double VPN only when you are a journalist, working in conflicted areas, a government agent, or something/someone on a similar level. Being paranoid also counts!

Double VPN is also known as Multihop VPNs, VPN Cascades, and VPN Chains. Fancy names but they all mean the same thing. What’s more important is the VPN arrangement they offer. How are these two VPNs stacked or connected?

That’s how and we will explore some of them below to get you started quickly and safely.

Some VPN providers offer the double VPN as a separate feature meaning they have already set up everything for you. One such example is NordVPN. 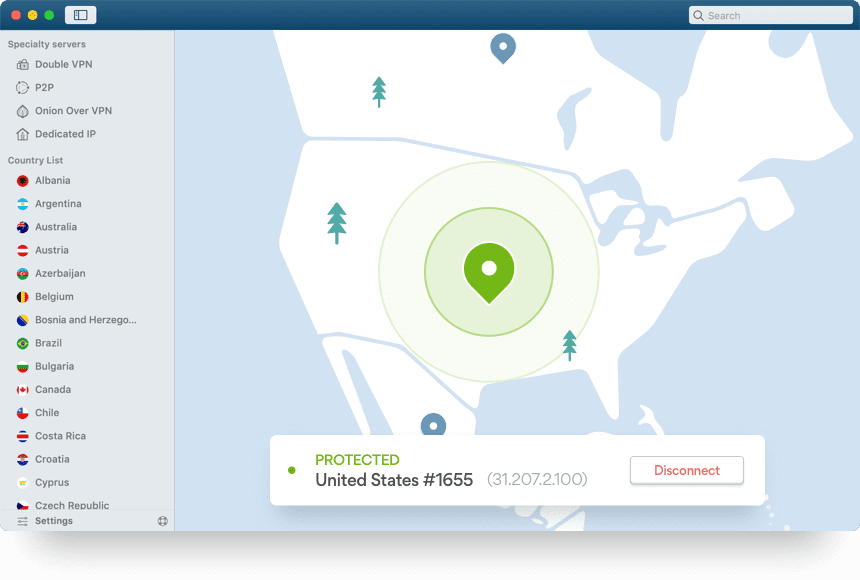 You will find the option on the left sidebar under Specialty servers. I was unable to find it at first but then a quick call for help to NordVPN support sorted it out within minutes. Their support staff is cool. You will need to change your protocol to OpenVPN (TCP or UDP) in Settings > Auto-connect to view and enable the double VPN feature. 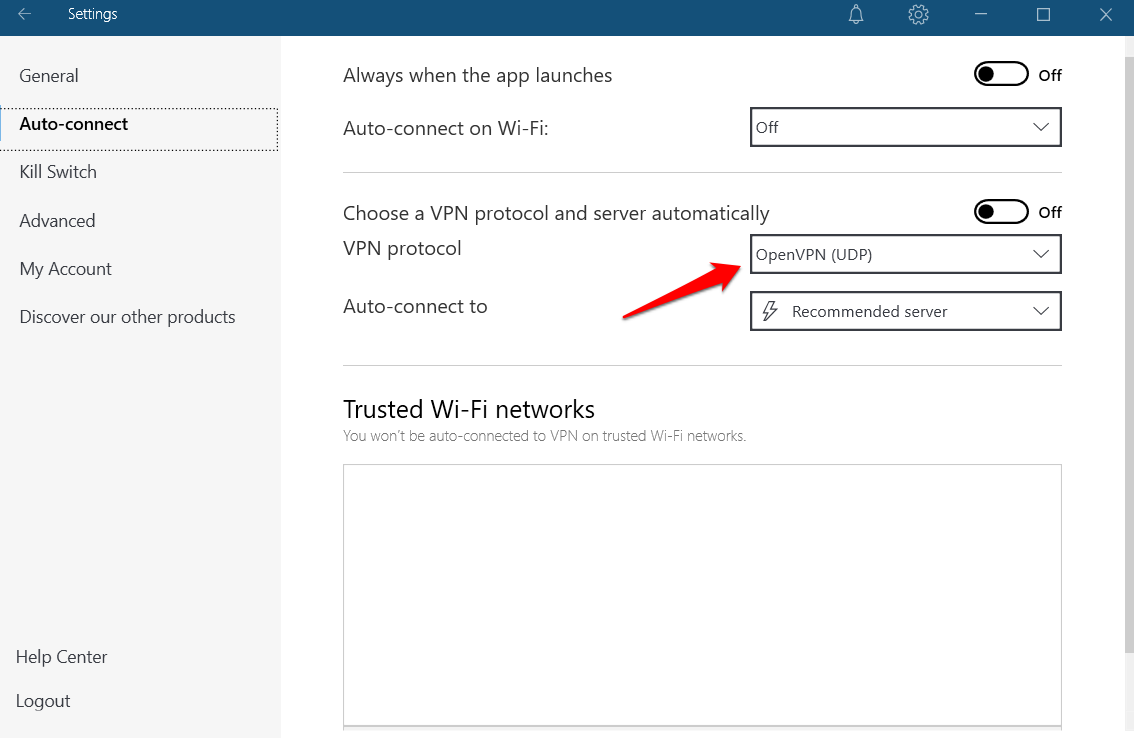 What happens now is that the second VPN will be recorded as your IP address and geo-location while the first VPN (one layer deeper) and your real IP address and geo-location (two layers deeper) will remain encrypted and safe. Even if someone is able to decrypt the second layer, all they will see is another layer instead of your real location and data.

Are you using a different VPN service provider that is not offering such a service out of the box? You can still use the double VPN system to further protect your identity by making some small changes. I will be using ExpressVPN as an example but it should work on most popular VPNs.

You can also use a free VPN like Opera or some other app as your first layer but I wouldn’t recommend it if you are doing something that’s sensitive. Like your life depends on it.

Let’s explore the best options in more detail first so you know which set up is better for the kind of work that you do.

The onion or TOR network is one of the safest in the world. It is open source and comes with its own browser. But most ISP providers are able to determine with surprising accuracy when you enter or exit a TOR node. They won’t however know what you are doing once you have entered and begun using TOR browser. 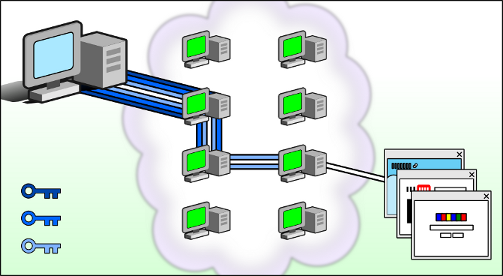 Adding a VPN into the mix can fix this issue. Use a paid VPN service, doesn’t have to be capable of providing a double VPN feature, and then use the TOR browser to connect. This itself will act as a double VPN because TOR browser will route your traffic and obfuscate your IP address and now it is hidden behind another VPN.

While nothing beats TOR browser, Opera browser also provides free VPN service along with a bunch of other features. You can use your regular VPN app as the first layer and then use Opera browser (VPN enabled) to browse the web. That way, even if Opera is compromised, all hackers would be able to view is your first layer details which are not real.

There are a number of ways to use or deploy double VPN on your computer. You can use dedicated services, two separate VPN service providers, use browsers like TOR or Opera, or even browser extensions/add-ons that are freely available to mix things up. The idea is simple. Make everything pass through two separate layers to further protect your identity on the wild web.

Here is what I recommend. You can use any VPN for streaming content like movies or music. No biggie. You must use TOR when doing sensitive work and definitely use double VPN if you feel you can get into trouble or your life depends on it. I don’t recommend using free VPN services for anything sensitive because there are no free lunches in this world. If there is no product, you are the product.

How to Export Chat From Google Chat