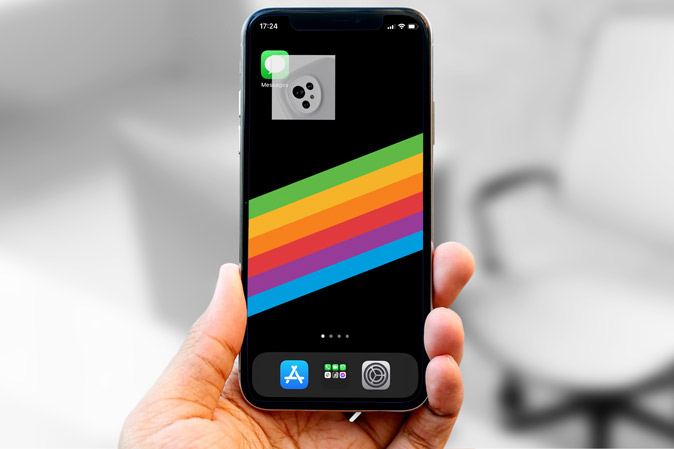 You don’t think of smartphones when someone says “just drag and drop files”, do you? Well, iOS 15 is going to change that with a new drag and drop gesture feature on the iPhone. Yes, you would now be able to pick a piece of text or an image from the Photos app and drop it directly into a text field in a chat in iMessage, for example. Let’s see how to drag and drop files and text between apps on iPhone.

Drag and Drop Files Between Apps on iPhone

While it’s still in its development stage, the feature works really well but you need to figure out the exact gesture to trigger it.

Your iPhone must be running on iOS 15 if you wish to use this feature. You can wait for the public beta to release or install the iOS 15 developer beta without needing a developer account for free. To demonstrate, I’ll drag a photo from the Photos app and paste it into the iMessage app.

1. Open the Photos app and go to Recents. Now, do NOT tap on the image you wish to drag. Instead, tap and hold the image thumbnail to bring up the Preview pop-up menu.

2. Now, you need to keep pressing the image and drag the image up slightly to enable drag mode. You would see a translucent image thumbnail that you can move around. Use your other hand to swipe up from the bottom to go home.

3. Now, navigate to the app where you wish to drop the photo. I chose the iMessage app for this guide. Make sure that your finger holding the image stays pressed down or you would have to repeat the drag gesture again.

Open the Messages app with your other hand and choose a contact. Now simply drop the file anywhere in the chat area and it would automatically appear in the text bar.

Here is a GIF that follows the drag-n-drop feature in iOS 15 from start to finish.

As much as I love this feature on the iPhone, it is not perfect. The first one is the app support; it would take some time for developers to adopt the API and incorporate this feature. For example, I can’t drop images from Photos to Instagram DMs just yet and until Instagram adopts it, I would have to rely on older method.

Another limitation of this feature is compatibility. You won’t be able to drag and drop between apps if the app can’t parse the file. For instance, I couldn’t drop a PDF from the Files app to Gmail app in a new email but the native Mail app supports it without any problems.

What Are You Going to Drag and Drop on iPhone

This was a quick and easy way to drag and drop files and text on iPhone between apps. As mentioned above, the feature is still in developmental stages and once it releases with the stable iOS 15, you would be able to do much more than just send images between apps. What are you going to drag and drop on your iPhone? Let me know on Twitter.