It doesn’t matter if you’re an IT professional, a student or a homemaker, we all have deleted important data accidentally or sometimes our HDD crashes without any fault of our own. This may sound like a permanent loss but it really isn’t. You can recover your deleted data and no we’re not talking about recovering it from the Recycle Bin. There is a legit industry to recover your lost data from your hard disks, pen drives, etc and we’ll do EaseUS Data Recovery Wizard Pro Review.

Data is stored in the form of 1’s and 0’s and the location is linked with every sector. This forms your data every sector is linked with the previous one and the larger the data the longer the chains. In simple words, when you delete any file, your Operating System simply deletes the pointer and loses track of the file’s starting point. And that’s it. The file is still stored in your system unless it’s overwritten by new data. Meaning if you act immediately you can still recover your data even after permanently deleting it.

For this instance, we are going to use EaseUS Data Recovery Wizard to recover our lost data and compare it with another popular software Recuva. We’ll test both software by recovering data on an HDD, an SD card, and an SSD.

EaseUS has been around for 17 years and has earned a reputation for being a widely recognized name in data recovery. Data recovery is not easy and once deleted, files though not actually erased lose the key pointers to be discovered by the system OS. EaseUS uses deep scan to search the files and places them in a relevant directory for easy restoration. It has many features which we’ll test to check out the performance against Recuva.

EaseUS can recover files from deletion, formatting, disk damage, Virus Attacks, an operation error, partition loss, system crash, and other cases. These all the features are essentially different instances of the same problem, loss of files address.

How to recover files with EaseUS

The first step is to download the software from the official website. It’s available for Windows and Mac. For this article, we have tested the Windows version, but the general UI and working remains the same for both OS.

When you install the free version of this software, it lets you recover only 2GB data. The paid version offers a lifetime license which is decent considering how often we face data loss in our workplace or at home. 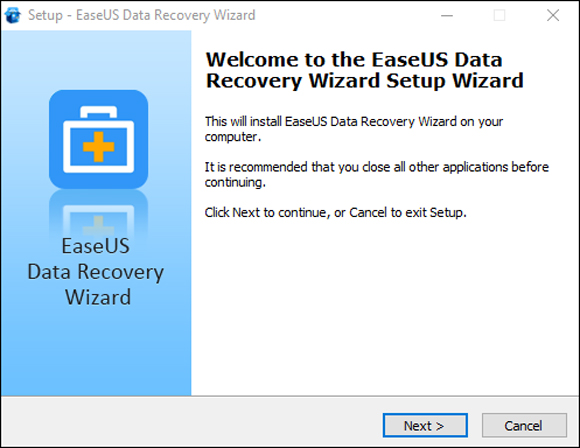 The software window simply enough has no other options than the mounted drives. It also shows the corrupt drives and external storage that is no longer readable by the system. You begin by selecting the drive and it begins the scan process automatically. 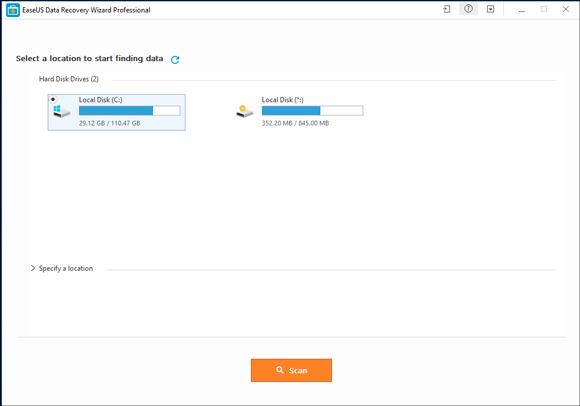 The quick scan displays the results instantly and while you look for the files, the deep scan does a thorough check of your drive. The files are arranged in folders and are kept in the same hierarchy as it originally existed. It makes it really easy to search for the relevant files. You can also filter out specific file types from the options above or display all the file types. 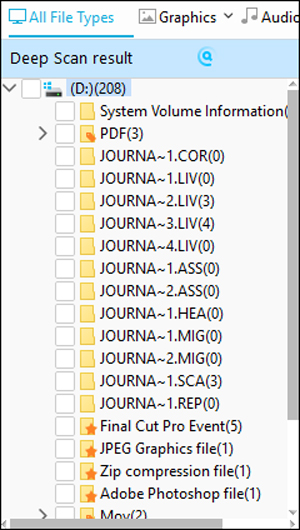 The deep scan takes longer to finish and depends on the size of the drive. We used a 64GB partition for recovery and it took around 10 minutes to complete the scan. It displays the results in separate panes on the left of the Window. You can select the files and preview it before recovering with just a right click which comes in handy if you have a lot of files and aren’t sure of which file is which. 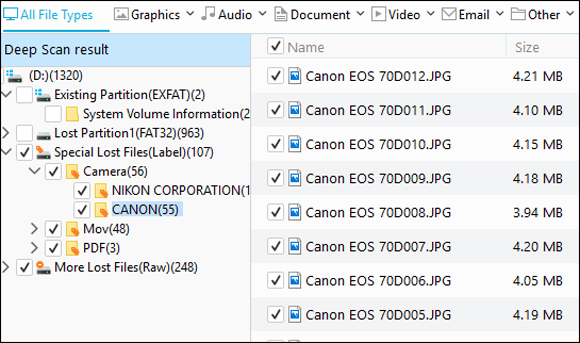 Select all the files you want to recover and just press the Recover button on the bottom right and you’re done. It saves all the files in your specified folder. 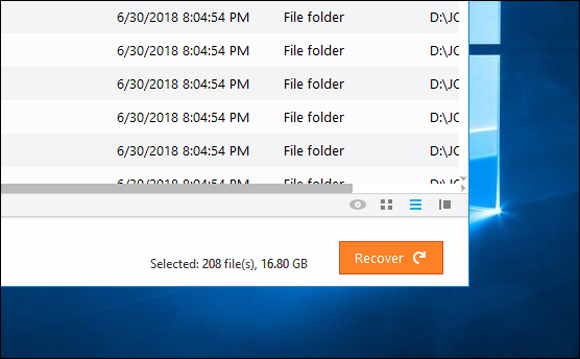 But how good is the software? Well to find this out, we compared with the most popular recovery software – Recuva.

The following table has the results of the tests I performed to see how this software perform. EaseUS perform fairly well but my parameters were too tough for both the competitors I guess.

Both were fairly fast in the quick scan but EaseUs took the lead in the deep scan. The files recovered were almost similar and I couldn’t decide which software did the job better. EaseUs has a better file management and offers directories and partitions. Sorting and searching of files is much easier.

Now for EaseUS and Recuva both were able to dig up the drive and recover the files with a quick format but when I deep formatted the device thoroughly. I wasn’t able to recover any data with the software, which makes sense because there isn’t anything left on the drive.

We have a Video team at Techwiser and we make a number of videos and sometimes the footage is lost by accidentally formatting the card through the DSLR camera. I tried to recover the data from the memory card after I formatted it with the camera but surprisingly I couldn’t recover any data either.

Overall EaseUS is a decent software and performs really well under rigorous testing. We tried all the worst scenarios that can happen “accidentally” and EaseUS did well in recovering data. I tried a couple of more tests which it failed because there was nothing left to save. You can recover the damaged sectors with this software and salvage the data. I don’t see if anyone would “accidentally” deep format their drive and then hope to recover data from it. But I really wished it could salvage data from the DSLR formatted card, it would have been very helpful.

I tested EaseUS in comparison with Recuva and tested its features under the most unrealistic scenarios. It did, however, work as it advertised and recovered data from where it was possible. EaseUS and Recuva can almost be replaceable but EaseUS takes a slight lead when you compare speeds and UI.  EaseUS has a better File Management and takes less time in doing the same work. Check it out and let us know if EaseUS Data Recovery Wizard was helpful for you.