Home » iOS » Evernote vs Bear: Which Note-Taking App Is Better on iPhone

Evernote vs Bear: Which Note-Taking App Is Better on iPhone 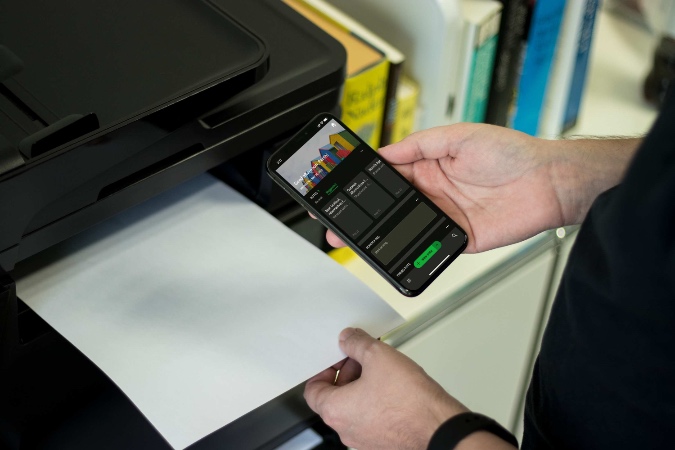 The default Apple Notes app on the iPhone is basic at best. It serves beginners alright for basic note-taking but power users may be left asking for more. Thankfully, the App Store is filled with dozens of note-taking apps to keep you productive. Among them, both the Bear notes and Evernote stand out from the crowd for different reasons. Getting confused between the two? Read along to find all the differences between Evernote and Bear and pick up the perfect note-taking app for you.

The comparison will be based on UI, features, cross-platform availability, sharing, export options, and price. Let’s get started.

If you are looking for a cross-platform solution, you can end the comparison here and go with Evernote. It is available on iOS, Android, Windows, Mac, and Web.

Bear Notes is Apple exclusive, meaning it’s only accessible on iPhone, iPad, Apple Watch, and Mac. The company says they are working on Bear Notes for the web but they have no plans to bring the service to Android or Windows anytime soon.

Bear Notes has made a name for itself by offering a beautiful intuitive UI on the iPhone. However, it’s not an easy win for the app there. Evernote recently went through a huge redesign on all platforms with v10.0.

The new Evernote is quick, feels native, and is as responsive as Bear Notes. If we have to pick a winner here, we will go with Bear notes for a thoughtful theming engine.

Evernote is limited to dark/light mode. Bear notes offers a dedicated theme store to change the look and feel of the app.

Notes organization plays a vital role in a note-taking app. After a while, you are going to fill up the app with hundreds of notes. It’s important to have a solid note organization for a better experience.

Both the Evernote and Bear Notes rely on tags and notebooks to organize notes. We like Bear’s implementation though. The app allows you to add an icon to a tag. It’s easily recognizable and these small details do help in the longer run.

As we mentioned, Evernote received a big makeover with v10.0. The latest version also brings some much-needed changes and improvements to the note editor.

Evernote has the most feature-rich notes editor out there. You can change font style, size, color, and even play with dozens of other editing options. We like the multi-colored highlighter. Most note-taking apps stick with a single color highlighter.

Bear Notes gets the job done as well. But its options are limited compared to Evernote here. For example, the app is missing a much-needed table support. There is no way to change the font style as well. You need to change it from the Settings menu.

Evernote once again wins this one with more features on offer. The company’s years of existence in the note-taking space do showcase here. The list of features includes Evernote scan, the ability to search through images, excellent Evernote extension for popular browsers, and more.

Evernote also offers a drag and drop editor but it’s far from perfect and nowhere close to what modular solutions like Notion and Airtable offer.

Bear Notes allows you to protect the note with a password. You can also pin a note at the top for easy access. Bear Notes has a killer feature for iPhone users.

The app supports a total of nine iOS 14 widgets to choose from. They all come in three sizes – Small, Medium, and Large. The app also supports long-press actions on the iPhone. Bear Notes’ dedicated focus to the Apple ecosystem shows here.

Not everything is perfect in Evernote and Bear notes though. Both the apps lack backlinking, advanced graph options, and integration with other third-party apps.

Bear Notes takes the edge here. You have a bunch of options to export a note. You can share a note in TXT, Markdown, Text Bundle, PDF, HTML, JPG, and ePub format.

Evernote is unnecessarily aggressive here. You can share an Evernote link with someone else or even email a note. That’s it. There is no direct way to share a PDF or TXT file with others on the iPhone.

Evernote offers a free version to test the app. Most functions such as Evernote Home, up to 10GB of monthly uploads, etc. are behind the Premium paywall. It costs $70 per year. Evernote does run frequent sales so do keep an eye on that for a discounted rate.

Bear is a paid app. The subscription strats at $1.5 per month. It’s way cheaper than Evernote.

Wrapping Up: Evernote vs Bear

The conclusion is simple here. If you value UI, markdown support, and rich export options then go with Bear notes. It’s affordable as well. Evernote marches ahead with a cross-platform offering, more features like Evernote Home, and a powerful web extension.

The equation might flip once Bear comes up with a web version. However, don’t take Evernote lightly. The company, under new leadership, is determined to take user feedback seriously and aims to deliver new features at a faster pace.