Home » Internet » Evernote vs Notion: Which Productivity Software Is Better

Evernote vs Notion: Which Productivity Software Is Better 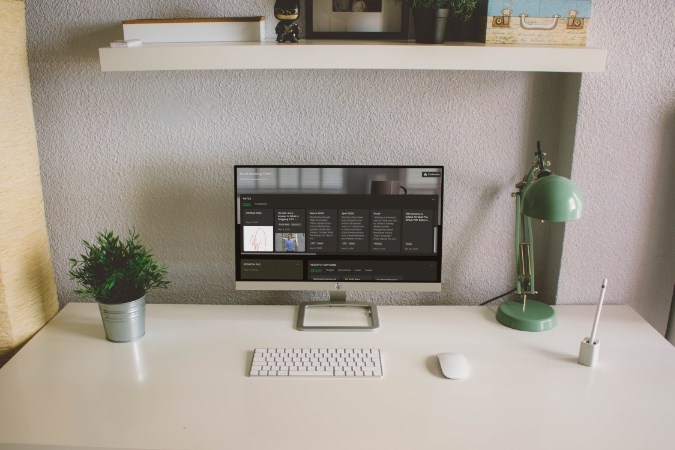 Evernote has been my go-to recommendation for anyone looking to organize their life in an all-in-one digital solution. For the last few years, the trend has been changing. Evernote missed the pulse of the new generation and at the same time, the productivity market is flooded with modular solutions such as Notion, Coda, Airtable, Milanote, etc. Among them, Notion comes closest to replace the Evernote experience for the majority. But is it good enough to beat a fan-favorite digital cabinet? Let’s compare Evernote with Notion to take a call.

The comparison will be based on Evernote and Notion web. We will talk about factors such as UI, features, organization, sharing, price, cross-platform availability, and more.

Evernote sticks with the proven formula here. The company offers a dark-themed sidebar with all the relevant menus and options. If you have used any word-processing software before, you will find yourself right at home with the Evernote editing interface.

All the necessary editing options such as highlighter, fonts, colors, paragraph spacing, etc. are at the top. Whereas Notion weights on simplicity over function. The company has hidden every trick under the ‘/’ command. Meaning, you will have to rely on Notion commands to wake those editing features.

The practice has led to many users scratching their heads and leaving Notion after a short period. On the other hand, it keeps the UI clean allowing you to focus on the task at hand, and power users love it. The major options, such as pages and sub-sections, are on the left.

In comparison, I found Evernote to have better UI and the years of experience do show results in the final product.

Notes organization plays a major role in any note-taking app. After a while, you will be handling hundreds of notes and it’s essential to organize them as neatly as possible.

Evernote follows the Notebook/Tag system. You create a notebook, place notes in it, and give it a relevant tag to easily find it later. A clear hierarchy. Evernote search also plays a major role in finding relevant notes. It’s built from the ground up and allows you to recognize text from images as well using OCR.

Notion allows you to create a workspace and add pages and sub-sections to it. You can create an unlimited number of pages in a workspace and it’s entirely up to you how you want to design the overall system.

And yes, you can always backlink a page to another page. I like Notion’s approach here as it allows me to view all the notes in a single workspace, something that’s not possible with Evernote.

Evernote, in answer to Notion’s growing popularity, designed Evernote Home. Home is a brand-new way to start your day in Evernote; a one-stop dashboard that puts the information you need front and center—neatly organized and instantly available—so you can stay on top of your day without feeling overwhelmed.

I have been using Evernote Home for a month and apart from a fancy look with a nice cover page, I didn’t find it as useful as Evernote wants me to believe. I kept going back to the Search/Tag combo to find notes.

The Templates section is the heart of the Notion experience. I would highly recommend you try Notion with one of the built-in templates.

In the example below, I’m using the traditional Kanban view to organize articles at TechWiser. I like how Notion offers you to add as many views to a single board. Simply click on the ‘+’ button and you can implement Lists, Timeline, Gallery, and Calendar view to a project.

Each card allows you to add details such as date, assignment, comments, and you can even more properties like URL, Email, Telephone, etc.

Compared to Notion, Evernote’s templates are old and slow. They look and feel like they were designed for the last decade.

Evernote is first and foremost a note-taking tool. And oh boy! It completely blows Notion when it comes to note-taking capabilities. You can create text, audio, image, and handwritten notes. The editor menu is familiar with little tricks such as multi-colored highlighter, different text style, color wheel, etc.

It’s well designed and works very well out of the box. Besides, the overall Evernote experience is consistent across platforms like Windows, Mac, and Web, so that’s another plus point as well.

Notion is more than a note-taking app. The company claims to replace several apps and services with a single solution like notes, wikis, kanban boards, document editors, and more. It’s up to you how you want Notion to work for you.

Users can also opt for Notion widgets that allow them to enhance the look and appeal of the page with Weather, Countdown, Clock widget, and more.

You can build a perfect travel plan, subscription tracker, finance manager and tracker, and more. The possibilities are endless here with Notion.

Another major differentiating factor between Notion and Evernote is the offline mode. Yes, it’s 2021 and Notion still doesn’t offer an offline mode. Evernote allows you to download Notebooks when you are out of internet connectivity.

The sharing works seamlessly on both software. Invite as many members to a note/workspace, tag them, assign users, and receive feedback in real-time.

Notion is completely free for personal use. As for team sharing, you can invite up to 5 users to a team. The paid plans start at $4 per member per month.

A Word on Mobile Apps

No competition here. Evernote’s years of experience shine here. Both the iOS and Android apps are well built and feel native with platform-specific features.

Notion mobile apps are a major letdown. Instead of being native, they are essentially web wrappers and takes too much time to complete simple tasks.

Wrap Up: Evernote vs Notion

The equation is simple here. If you are solely looking to take notes on the move then go with Evernote as it has a more robust system and the mobile apps are well-built compared to Notion. Notion is for those who spend most of their time on the desktop and wants something that can replace many tools and services at once.