6 Features We Wanted in iPhone 14 Series That Never Came 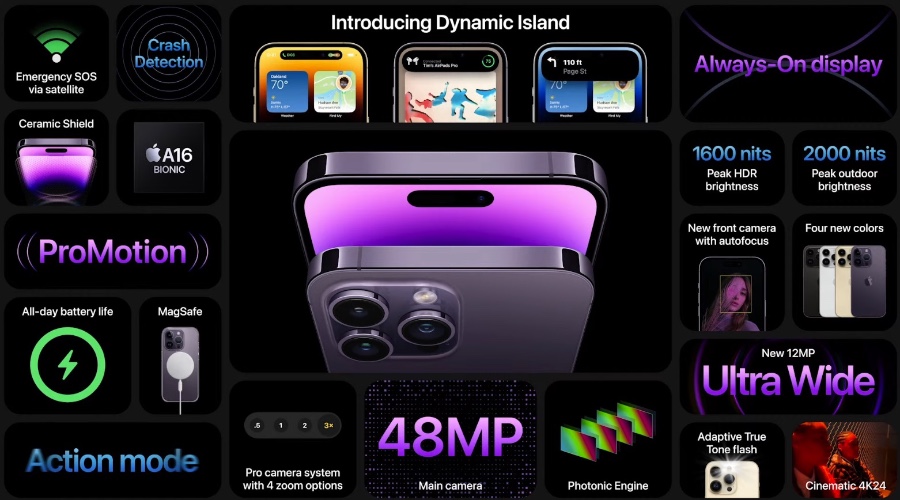 Apple officially unveiled iPhone 14 series at the ‘Far Out’ event at company headquarters in California. Although Apple showcased several new products, iPhone 14 series remains the biggest star of the show. While 2022 iPhone upgrade brings improved cameras, Always-On-display, better CPU, efficiency, and a smaller notch, it still leaves much to desire. Here are the top features we wanted in iPhone 14 series that never came.

There is a lot to like about iPhone 14 series. The iPhone 14 Plus fills a major gap in the company lineup. Users coming from old iPhone models will appreciate improvements across the board. However, when you factor in 2022 Android flagships, we feel Apple missed the mark and could have done better in certain areas.

It’s 2022, and Apple is still reluctant with the Type-C connector on iPhone. It’s confusing as Apple has shown USB Type-C advantages on countless iPad and Mac presentation slides. The move from lightning to USB Type-C will bring convenience, better compatibility, and faster data transfer speeds for users. It also fulfills Apple’s commitment to have a better environmental impact. Users no longer need to buy a new cable when they break the included Type-C cable. They can easily pick one from an iPad, Mac, or old Android phone and charge their iPhone without any issue.

As it’s the tradition with every iPhone launch, Apple has improved the rear cameras with better computational photography, low-light, and HDR performance. However, the camera layout remains mostly identical to the iPhone 13 Pro.

With the launch of the iPhone 11 Pro in 2019, Apple ditched the vertical dual-camera layout on iPhone and adopted a new design on the back to accommodate three cameras. The company stuck with the same in iPhone 12 Pro and iPhone 13 Pro with minimal changes. We would have loved to see a new camera layout to introduce a newer 48MP sensor to the Pro lineup.

With Apple ditching the iPhone Mini model, users have only two display sizes to choose from – 6.1-inch and 6.7-inch. Whether you go with iPhone 14 duo or iPhone 14 Pro series, you can only pick between 6.1-inch or 6.7-inch display sizes. 6.1-inch may be compact for some, and a 6.7-inch size may not be convenient for everyone to carry around easily.

We would have loved to see a middle ground at around 6.4-inch/6.5-inch display size. For many, it could have been a perfect size, battery, and user convenience combination. Maybe in 2023?

While we never had high hopes for the iPhone 14 series to support charging speeds in the triple digits (like Oppo, OnePlus, and Xiaomi), we were expecting atleast 45W charging speeds (just like Samsung) on the latest iPhones. Apple does support 20W fast charging to charge your iPhone from 0% to 50% in 30 minutes, but it’s far from perfect and lags behind the competition.

With Samsung launching the fourth generation Galaxy Fold, OEMs like Oppo and Xiaomi entering the foldable market with promising devices, and a rumored Pixel foldable early next year, Apple is the only major company missing from the action. Unlike Android 12L (designed for foldables), we fail to see any such foldable indication in iOS 16.

We will give the benefit of the doubt to Apple here. At the scale at which the company operates, it’s not easy to secure high-quality foldable AMOLED panels. Expect for Samsung (who also makes displays for foldables), other Android foldables are limited to a few regions only. We hope to see foldable hints in the next year’s iOS build and hopefully a first foldable from the company.

iPhone 14 Series Is a Modest Upgrade

In another frustrating move, Apple has used the same last year’s A15 CPU in the iPhone 14 series. Historically, the company has packed the same CPU across the entire iPhone lineup. If you want the latest and greatest from Apple’s A-series CPU, you have no option but to upgrade to the Pro model.