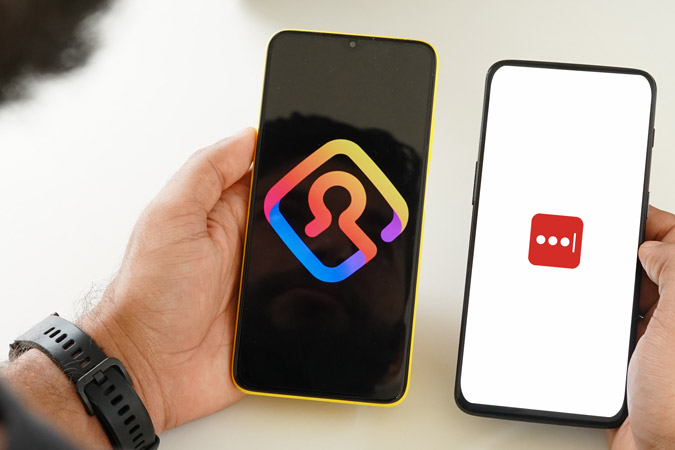 Recently, LastPass decided to cut down multi-platform usage in the free version. This basically means you can only use LastPass either on desktop or mobile. Now, if you are thinking of LastPass alternatives like Firefox Lockwise or even buying the LastPass premium, this article should give you a clear idea of it. Here’s a detailed comparison of Firefox Lockwise vs LastPass.

First of all, before we get to the real comparison. It’s essential to know the platform availability of the apps. If the app is available on your desired platform, it makes sense to proceed.

LastPass, on the other hand, similar to the desktop app has different sections. There’s a section for passwords, card information, addresses, secure notes, etc. LastPass also has an inbuilt browser for more secure net banking usage.

On a side note, often in my personal usage, I noticed that LastPass autofill doesn’t work in older mobile apps. In that case, I would have to forcibly trigger LastPass autofill from the notification tile. Whereas, Firefox Lockwise autofill works on almost all apps.

Talking about security, both apps are on par in terms of encryption technology. LastPass uses AES-256-PBKDF2 encryption to encrypt both the username and passwords. On top of it, the master password again encrypts the hashed password.

LastPass ensures that the passwords are encrypted and decrypted locally on your device. Lastpass only backs up the encrypted passwords to the LastPass cloud servers. This way, LastPass doesn’t have access to your original passwords or master password.

In comparison, Firefox Lockwise works a bit differently. It stores the password locally on your device. When you use the Lockwise mobile app, the data is synced from your desktop to mobile via Firefox servers. At that time, Firefox uses SHA-256 along with PBKDF2 and HKDF encryption.

In the case of two-factor-authentication, Firefox Lockwise doesn’t support 2FA. But, you can have 2FA on your Firefox account. It supports third-party apps like Authy, Google Authenticator, andOTP, FreeOTP, etc.

One problem that I encountered with Firefox Lockwise is the lack of a master password. Anyone who has access to your devices or laptops can see your passwords. Firefox does provide a solution for it. It’s called Primary Password. You can enable it via the Privacy Settings.

Additionally, Firefox Lockwise has an extra trick up its sleeve. It’s called Firefox Monitor. It helps detect whether your password was compromised in a security breach. It works in parallel to Firefox Lockwise and you can also set up email alerts.

Another important factor to consider while choosing a password manager is the security breaches that have occurred. It tells you about the vulnerabilities of the app and how quickly the company responds to it.

LastPass has had many small vulnerabilities detected in the past. Amongst them, there’s been one major security breach in 2015. Luckily, there were no passwords compromised in the breach. However, users were advised to change and use a strong master password.

In case of backup, both LastPass and Firefox Lockwise backup passwords to the cloud. So, you can start using them on any system by signing in with your username and password. Additionally, Firefox Lockwise also stores passwords locally in 2 different files under the Profile Root directory – logins.json and key4.db.

On a side note, do not store the exported file on your local device. The files have passwords and usernames stored in plain text on the exported files. They are not encrypted but should be.

Firefox Lockwise is free to use and always will be. The password manager is there to complement the Firefox browser ecosystem.

LastPass is free for basic users. You can use it freely on a single device. In case you want additional features, there is a premium that costs $3/month. It provides you an additional 1 GB of encrypted file storage, multiple-device sync, etc. You can also get a 6-user family subscription starting at $4/month.

If you are a Firefox user, there’s no doubt Firefox Lockwise would suit your end. However, if you are someone who stores card details, addresses, notes, and even your work stuff, it’s more sensible to use LastPass. Those who do not use Firefox as their primary daily driver should stay away from Lockwise. It’s very restrictive for desktop users.

Users who aren’t part of the Firefox ecosystem and need a more robust solution should look at LastPass. The subscription of $3/month also makes sense. It provides you additional features like multi-device sync, 1 GB encrypted file storage, and regular password checks to eliminate vulnerabilities, etc.

Also Read: How to Check If Your Passwords Have Been Compromised

How to Create and Join Events on Discord