Top 6 Fixes for Echoes During Voice Phone Calls on Android 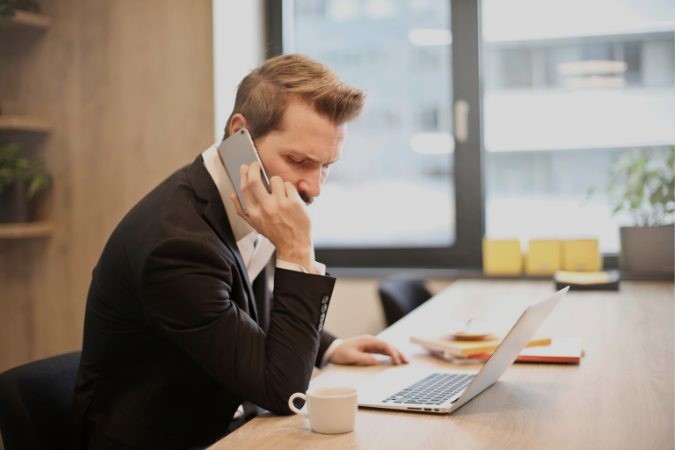 Do you keep hearing your own voice during phone calls on Android? Unfortunately, the problem is more common than you might think, and it can be caused by a variety of factors ranging from network problems to conflicting apps. In this post, we’ll go over some troubleshooting tips for fixing echoes during voice phone calls on Android. So, let’s get started.

Before you spend time on any advanced troubleshooting tips, here are some basic solutions worth trying.

To start, remove your phone’s protective case or any other external accessory. If the case does not fit properly, it may interfere with your phone’s speaker and microphone, resulting in an echo.

If you’re using any wired or wireless headphones, disconnect them and see if you still hear echoes during calls. If you don’t, it’s likely that your headphone is the source of the problem.

Next, try toggling the airplane mode on your phone. This will help fix any minor network issues that may have been causing echoes during phone calls.

If the situation remains the same even after applying the basic fixes, here are some advanced solutions you can try to fix echoes during voice phone calls on Android.

1. Ask the Other Person to Disable the Speakerphone

An echo may be produced when the sound emitted from the speaker is recorded by the microphone. This is one of the most common causes of echoes during phone calls on Android.

You can ask the other person to lower the speaker volume or disable it and see if that fixes the issue.

Another reason why you might hear an echo is if you have enabled call recording on your phone. Several users on the XDA forum reported having similar problems when call recording was enabled on their phones. You can try disabling this feature to see if that makes any difference.

If your phone supports call recording natively, you can use the following steps to disable the feature.

1. Open the Phone app on your Android. Tap the kebab menu (three-dot icon) in the top right corner and select Settings.

Wi-Fi calling is a nifty feature on your Android that uses your Wi-Fi network to make voice calls instead of your cellular network. However, this feature can occasionally interfere with phone calls and cause problems. You can try disabling Wi-Fi calling on your phone to see if that helps. Apparently, this trick worked for several Reddit users who were experiencing echoes on their Samsung Galaxy phones.

1. Open the Settings app and tap on Connections.

2. Toggle off the switch next to Wi-Fi Calling.

If you’re hearing echoes during Voice over Internet Protocol (VoIP) calls, there may be an issue with your internet connection. You can try switching to a different network connection to see if that improves the situation.

You can also try using other apps such as WhatsApp, Instagram, Snapchat, or Skype to check if the issue is consistent across all apps. If the problem only occurs in one app, you should be able to resolve it by clearing its cache data or updating it.

If the above solutions don’t work out, it’s time to reset your phone’s network settings. This will reinstate all the network configurations to their default value and fix any issues caused by misconfigured settings.

1. Open the Settings app on your phone and scroll down to select General management.

3. Tap the Reset settings button and follow the on-screen instructions to begin the restoration process.

When you boot your Android phone into Safe Mode, it only runs the default apps and services. This should help you determine if a recently installed app is causing echoes during phone calls on Android.

To boot your phone into Safe Mode, press and hold the power button to open the power menu. Long press on Restart and tap the green checkmark to enter Safe Mode.

After your phone enters Safe Mode, make a phone call to see if you still hear echoes. If you don’t, it confirms a problem with one of the installed apps. You can try deleting any recently installed or unused apps to fix the issue.

Such issues during phone calls can be annoying, to say the least. Thankfully, you don’t have to settle for a subpar calling experience. Going through the above fixes should help you fix echoes during voice phone calls on your Android phone in no time.