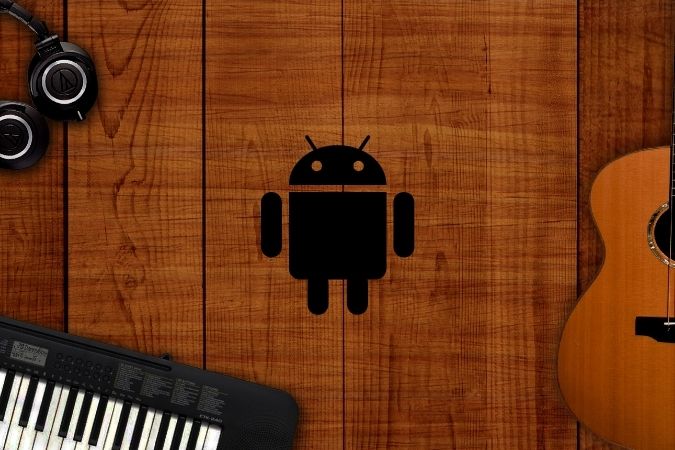 GarageBand itself is a lighter alternative to a full-fledged DAW you can use to make music. What sets this app apart from others is that it comes free. It’s also powerful enough for you to create tracks or even entire albums using simply GarageBand. Fun fact: even the famous song ‘Umbrella’ by Rihanna finds its roots on a drum loop made on the app. But if you’re not an iPhone user, you’re out of luck. Or not? Here are some free GarageBand alternatives for Android platform. Let’s jump right in.

A lot of hip-hop artists use GarageBand for its live looping feature. This makes it extremely easy for those who don’t have a strong sense of rhythm but still want to create a good beat. We’ve also talked about various beat making apps before, in case you want to get into hardcore beats.

Let’s begin with Groovepad which has a similar loop feature as GarageBand. There’re multiple pads on the screen that you can tap to create sound. You can play with any genre with a vast library of sounds such as hip-hop, EDM, electronica, dubstep, etc. Besides, you can also apply effects like reverb, delay, flanger, etc.

In case you’re a beginner, Groovepad offers lessons which you can unlock with each successful completion. As I said, there are tons of sounds to play with however not all of them are free. In order to unlock a sample pack, you can either watch a promotion video or get the pro version for $10.

The previous app doesn’t require any command over rhythm sense. That means you can tap on any pad and add multiple sounds in sync. However, if you wish to add a bit more spice to your beats, Beatonal is a good GarageBand alternative. It’s more like a DAW and has 4 audio channels namely drums, bass, chords, and lead. Moreover, you can sync it with other music-making apps using Ableton Link.

It’s user friendly and doesn’t take up much space. The app also contains demo tracks for beginners. The user can also select a musical scale which automatically sets chords, notes in the bass, and lead sections. Beatonal is free to use and but if you need to load/save tracks, get the pro version at $4.

As we all know a majority of users who download GarageBand are looking for an app that allows them to record and play other instruments. For example, piano, guitar, or drums by simply tapping on the screen. Moreover, you can connect your guitar to your phone and enjoy virtual effect pedals and amplifiers. I’ve listed below two apps that fit the bill well.

The app features a set of instruments that you can play. On the home page, you get keyboard, drum, guitar, bass, drum machine, and a multi-track synth (more on that later). Tap on the instruments to open them which also shows you the settings page, in case you want to change the sound/style of the instrument. For example, if you open the keyboard, you can choose between various types such as acoustic, bright, organ, Rhodes, synth, etc. There are many others you can add in the pro version that costs $7.99, which also removes the ads.

Coming back to the multi-track synth it is the closest GarageBand alternative for Android. It gives you all the above-mentioned instruments along with an option to record or import audio and MIDI tracks. All these can be layered together in a multi-track setup which puts it on par with GarageBand.

GarageBand allows you to connect your guitar to your phone and enjoy some classic sounds using virtual amplifiers. Well, there are multiple options for PC but on Android, you’re pretty limited. An app that has managed to garner multiple positive user reviews for its effort is the #1 Guitar Effects app.

There are 21 pedals you can browse through like classic overdrive, metal hard distortion, tremolo, etc. It doesn’t stop at that, you also get 15 amplifier simulations similar to GarageBand. There are amps such as Dual Recto, AC30, tangerine rocker 100, and more. The user interface is friendly and allows drag and drop to load pedals.

Caustic has always been famous in music circles. Also, for someone who doesn’t have an Apple device and isn’t willing to spend on FL Studio, Caustic is a good choice. Especially if you’re into electronica as it draws inspiration from rack-mount synths and old school sampler set-ups. Since it’s developed for mobile, it is highly responsive and doesn’t crash abruptly. The UI is user friendly and you can browse between synths by swiping on the sidebar.

If you’re into electronica, this GarageBand alternative will interest you. However, if you have more of a singer-songwriter vibe, you can skip this. Another downer is that the app doesn’t allow export until you buy the unlock key for $8.

BandLab reported a 50% growth in its registered users this year. Well, why not since it’s a well-packaged app for anyone wanting to create music. Unlike any other app on the list, you get an integrated social media platform where you can follow other musicians, post tracks, and interact with them. On the music front, you have a 16 track mix editor, more than 100+ vocal and guitar effects, and also integrated loop packs.

You do need to sign-up though. But if you ignore that, this is one of the best GarageBand alternatives for Android. It’s free, has multiple track recording options, features numerous instruments one can play with, and more.

GarageBand alternative for Android would be incomplete without citing FL Studio. I know it’s not a free app, however, it’s the closest that you can get to GarageBand. The app costs $4 which is peanuts if you’re considering making music on your phone full time. You get multiple virtual instruments, multi-track recording, loop beats, etc, that aid you to produce high-quality music. It also borrows the famous piano roll editor from its PC counterpart, which allows you to enter notes.

I’d also suggest you try out other free music software (DAWs) for PC such as the LMMS. This way you can get more clarity as the apps developed for the PC are for serious users and gives more flexibility in its features when compared to the phone. Most of these apps do not have a mobile alternative for the same reason.

Which GarageBand Alternative Are You Using

So these were some alternatives to GarageBand that you can try. As I said, a lot of people use GarageBand to create music for a specific genre. Someone might just be looking at making beats or playing the piano or any other instruments. The list has apps that cater to all those. If you prefer making music on a bigger screen, here are free DAWs that you can check out.