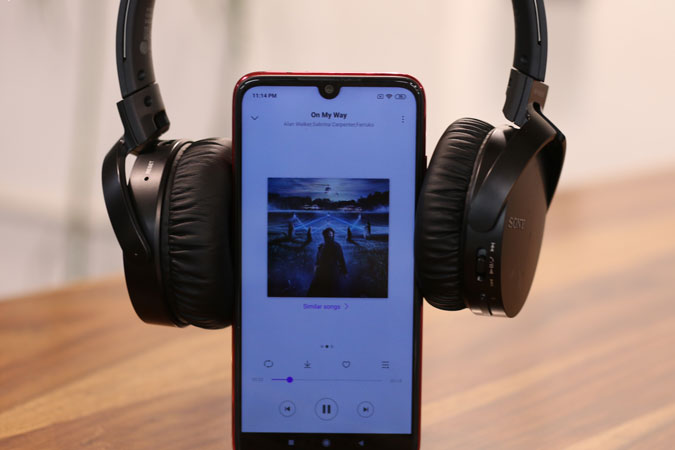 Whether you are riding in an underground metro or traveling to a remote area, there are instances where you will find yourself either without Internet coverage or stuck with slow speed. For me, well, it’s my Gym. It is in the basement and I have a hard time getting any signals.

Unfortunately, popular music players like Spotify, Apple Music, Pandora, or any popular music streaming service don’t support offline playback for free. This can be frustrating, especially when you don’t have anything better to do and simply want to listen to some good music. Fortunately, there are few music streaming apps that support offline playback even in the free version. Let’s take a look at some of them.

Trebel is an amazing music streaming app for both Android and iOS. It lets you download music offline for free. Moreover, it doesn’t have any audio ads. Spotify, anyone?

Trebel has a vast music library stretching from Hip Hop, Pop to R&B, Reggaeton, and more. Trebel doesn’t provide audio ads but you will get banner ads and album art ads. This is used to keep the business afloat. Having said that, Trebel is available in limited regions like the US. For other regions like the UK and India, it works flawlessly on a VPN app.

Bandcamp is one of my favorite music destinations. It has a vast library of Indie creators as well as popular music creators. It somewhat fills in the void between Spotify and Soundcloud.

You can freely stream Bandcamp without even signing up. However, for downloading the songs you would have to pay the creator. But, having said that, there are a lot of playlists that are available for free to download. You can listen to them within Bandcamp or any other music app for free. Additionally, Bandcamp also lets you download FLAC and WAV audio formats for a lossless audio experience.

Unlike Bandcamp and Trebel, Pandora doesn’t offer a direct way to listen to its radio stations and songs in offline mode in the free version. However, there is a workaround. It is a little tricky but works nonetheless.

What you will have to do is listen to the songs a few times to create a cache version. This will be saved to your mobile automatically. Now, you will create a radio station for these songs. Once this has been done, you can enable the offline mode option and listen to these stations without consuming data. Note that it will take a couple of minutes before the stations and songs are in total sync.

Pulsar is not a music streaming app. But, it is one of the best offline music players for Android users. It is suitable for those who have their own collection on a hard disk or mobile device. If you like to keep a collection offline, Pulsar is the best app to listen to these songs.

The app is so packed with features that it is impossible to cover it in its entirety here. Just download it and see for yourself. The UI is beautiful and colorful, supports gapless playing, downloading tags, and album art, lyrics support, hundreds of skins, 10 band equalizer, gesture support, Assistant support, and much more.

Evermusic is for iOS users what Poweramp is for Android users. You can connect to a number of cloud storage sites like Dropbox, Driver, and more with the tap of a button. Once connected, easily downloaded any song and listen to it offline without WiFi or mobile data.

It comes with a powerful equalizer, the ability to edit tags, download album art, and so much more. Evermusic is a popular alternative to the default Apple Music player because of the extensive support for cloud storage sites it offers.

These are some of the best music player apps for both Android and iOS users which truly support offline music player. There is no need to subscribe to the trial version or pay anything later. Just download the apps and follow the instructions shared above to begin listening to songs offline. While some of the apps are straightforward, others like SoundCloud and Pandora will require some additional effort.

Which music player or streaming app are you using to listen to music offline?