Home » Internet » Free VPN vs Paid VPN: Which One Is Ideal for You and Why

Free VPN vs Paid VPN: Which One Is Ideal for You and Why 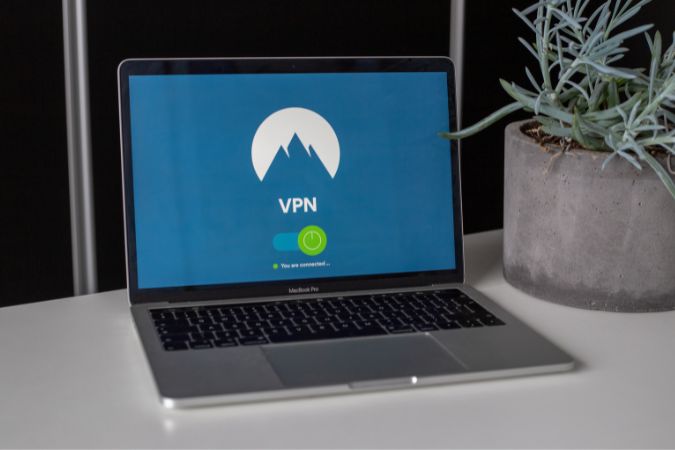 VPN has only gained momentum in recent years, thanks to all the data theft, ransomware attacks, and hacking incidents that have plagued the netizens in the last decade. There are two types of VPN ⏤ free VPN apps and paid VPN apps. Free VPN apps can be either standalone apps or part of the browser itself. We will explore all in this ultimate guide to free and paid VPN app comparison.

This is the number one reason why most people opt for VPN in the first place and you do get what you pay for. Paid VPNs allow users to choose from servers based in a number of countries. Some countries have more than one server, IP address, to select from, giving you more freedom and options. Free VPNs will often connect to a random country by themselves or offer a limited list to choose from.

Why does this matter? Because some countries like India have a harder stance towards VPN, asking them to collect and share data with their IT departments. You do not want to connect to a server from such a country then but unlike paid VPNs, many free VPNs do not allow users to change IP addresses manually.

Free VPNs, in a bid to save money, often outsource customer support, server management, and even threat monitoring to third parties. That is certainly less secure and raises questions about user privacy and data collection.

Another issue is the revenue model which is where free VPN providers face a dilemma. We discuss ads, data, and revenue model in more detail below but needless to say, it gets ugly.

In the olden days, free VPN providers used the now obsolete PTPP technology to protect users. They have since then moved to the more standard OpenVPN which is free and open-source (licensed under GNU GPLv2). Paid VPN subscribers have more options like:

Generally, if you must use a free VPN, go for one that supports OpenVPN over PTPP. But OpenVPN is also not enough and is not foolproof. And if the service provider fails to even mention the tech used and encryption level offered, stay away.

Paid VPNs like NordVPN offer advanced security features like CyberSec and Threat Protection. It promises to protect your computer from botnet controlling your computer, annoying pop-up ads, malware, and intrusive URLs that could be dangerous to open otherwise. One way they do this is by scanning the URL before loading the page on your browser. If they find something questionable, you will be warned and the page won’t load. Users do have an option to load the page anyways if they think the VPN being used made an error in flagging the web page.

A lot of us rely on and even want a VPN service simply because we want to stream content that’s not available in our region. It could be a web series or that online streaming service that’s not yet launched in your region. Paid VPNs like Smart DNS Proxy solve precisely this problem. They have a long list of streaming services that they support.

The trick is simple. They have a server in pretty much every geographical region. This allows their users to change their IP address to one that supports streaming that particular service securely and privately.

However, browsing the web is one thing and streaming content in HD and UHD is another. The latter requires high bandwidth and backend tech to make ends meet. Another issue is that experienced players like Netflix have figured this out a long time ago and free VPNs often don’t make the cut. They are throttled and you are left with an error message or loading screen.

Paid VPNs that specialize in streaming content evade streaming services’ VPN detection tech, allowing you to stream that web series uninterrupted. Free VPNs are good for browsing web pages and opening sites that are otherwise not available or banned in your region. Just don’t use it for content that demands high throughput.

Smart DNS Proxy allows you to filter by country to view a list of services supported as seen in the screenshot above.

Free VPNs are free which means they have to depend on other sources of revenue to stay afloat. The obvious answer is collecting user data and selling it for pennies to advertisers. Some VPNs will display ads while others will collect data behind your back while claiming to be completely free. Data here may include, but is not restricted to,

If there is no product, you are the product.

Because most of these projects are closed source, there is no way to ascertain what’s really happening behind the scenes when you are surfing the web. You assume you are safe but someone is always keeping tabs.

Where, when, and what you do online is valuable data that advertisers use to target products and services to you in the hopes that you will make a purchase. Many succeed which is why they continue to persist. Ads dollars are split between the VPN and other interested parties. Everyone wins except you who gets to use a free service but loses something more precious ⏤ data and privacy. Some VPNs and proxies are known to collect usernames and passwords too and steal bandwidth which is then sold to the highest bidder.

Freemium VPNs offer free service with limited features and throttled bandwidth in the hopes that the user will upgrade to a paid plan. I don’t mind such ads because they are simply asking me to upgrade to a better, faster experience instead of selling me.

As we discussed earlier, VPN service providers who offer free VPNs have to find a way to support costs and other overhead expenses. One way to do so is by collecting and selling users’ browsing activities to the advertisers. This data is then used by the advertisers to display targeted ads to users in the hopes that it might interest you. If it does and you click on the ad, the advertiser makes money and the brand/company they are representing may make a sale.

But not all VPNs sell your data and browsing history for the pennies but they still show ads. These ads are of a different kind. They promote file sharing sites, content that is adult or of sexual nature, pills and other drugs that are questionable at best, and so on. VPN service provider gets a cut every time someone buys.

Paid VPNs don’t indulge in such tactics as they have a solid foundation and sustainable revenue and growth model. The better their services, the more users subscribe to their paid monthly plans, and the more money they make. Simple.

And then there are freemium VPNs that have a hybrid model. They have paid plans that offer the whole shebang. But they also have a free VPN plan to give users a taste of their services. These plans have limited bandwidth, can be used not more than 1 or 2 devices simultaneously, and limited servers to choose from. In their free plans, you will find offers and discount ads that egg you to subscribe to a premium plan. Your data is in safer hands if they collect them at all which most claim to not. Such VPNs have a no-logs policy and do not employ fingerprinting or other tactics to track and collect user activity and data.

In fact, most of these paid VPNs will promise to try and protect their users from ads, trackers, and malware by hiding their IP addresses and using some form of proprietary threat control mechanism.

Providing stellar customer support to users from around the world requires staff that can stay online round the clock. This usually means employing experts in different time zones who live in different parts of the world. You can imagine how expensive this can be. Paid VPNs are able to provide timely support 24/7 simply because they can afford to hire manpower. The cost is borne by the user and is included in the plan. In fact, depending on the plan you have subscribed to, customer support method varies from email, live chat, and call.

Free VPNs usually offer standard email support but even there, don’t expect timely replies if any at all. They can’t afford to hire the manpower required to match the likes of Smart DNS Proxy, NordVPN, or ExpressVPN.

Proton VPN and TunnelBear are two VPN providers that stand out in this segment. We discussed how VPNs following a hybrid model have both paid and free VPN plans. The free is restricted on many fronts but these two go over and beyond.

Proton VPN offers one of the best privacy in the VPN world, even in the free plan. They are located in Switzerland and their free version promises:

Not bad for a free service. And because part of the cost is borne by paid users, they can afford to offer it in a way that’s sustainable without having to resort to cheap tricks.

Free VPNs are usually restricted to a limited number of OS. For example, Opera browser, which offers free VPN to its users, is available on Windows, macOS, Android, and even Linux but misses out on iOS. Paid VPNs, as they are charging a premium, make sure that their VPN apps are developed and updated on all popular platforms. One example can be Smart DNS Proxy or NordVPN.

So always check if the VPN you are subscribing to or using works on all devices that you own and use. Popular operating systems include Windows and macOS for PCs and Android and iOS for smartphones. Then there is Linux, extensions for popular browsers like Firefox, Chromium-based clients like Chrome and Edge, and dedicated VPN client apps for smart TVs.

How to Choose Between Free VPN vs Paid VPN

That’s the question, right? How do you choose which one is for you? We recommend paid VPNs over free any day because privacy, security, and a good night’s sleep is priceless. Here is a handy table from the good folks at ExpressVPN to help to decide. This table holds true for most paid and free VPNs out there that we tested.

However, if you want a VPN to simply access that article or file that’s not available in your region once in a blue moon, you can do fine with a free VPN. Opera works well and offers three servers to choose from and works on both computers and smartphones. There are plenty of others too but Opera has a no-limit bandwidth policy.

For those who value privacy and security, deal with sensitive data, and understand how serious ransomware and hacking events can be, do yourself a favor and get a paid VPN service today.